I have done a full windows re-install and it did not help for me. problem remains.

this is pretty logical, the closer to the ground the more stuff is drawn, like grass/bush.
at some point the lod for buildings kick in.
but bottomline, there is still a lot to optimise in the sim.
weird is i dont have those issues at all on console, it runs soo unbelievable smooth, this
on the series s.

Possibly, however there is no visible change at all and no change to the render thread time. Also removing PG cities from elsewhere in the world would not have an affect if this is the case.

Hi. After experiencing a lot of stutters, read through this forum. I played with graphic settings (mostly LOD) and was almost to reinstall MSFS (not Windows 11, this is my red line) but…
The way I check developer mode parameters is to slew aircraft (Y key), gain some altitude and move as fast as possible. There were a lot of stutters since last MSFS WU. I got ride of almost all my addons in Community folder related to photogrammetry cities, and FS is smooth again (LOD 150 is the best value for me).
I have a tedious task ahead to find the culprit. Hope this helps.

@ricdpm Did you also try removing the 3D photogrammetry cities from the World Updates? this is what many of us have been doing to get better performance on the ground in the USA. 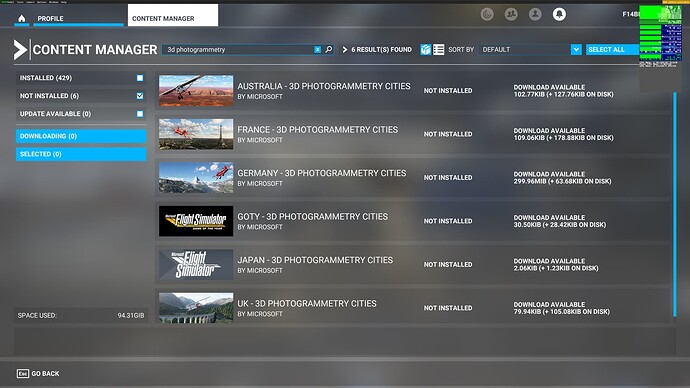 @DensestSnail693 Is your 50% fps drop compared to non busy airports? Or compared to being in the air? And are you main thread limited when that fps drop happens? Deleting the objects I mentioned for some reason minimizes the fps drop in busy USA airports. For example in JFK before deleting the those objects my fps dropped from 48 in the air to 20 in the ground with terrain LOD 300. After deleting those objects and restarting the sim I would get 48 in the air and also on the ground. However when taking off the FPS would drop to 38 but that’s expected.

If you have time and your fps drop is mainly due to the main thread with photogrammetry on… Would you be able to delete those 3D photogrammetry cities, restart the sim and try again in LAX? I’m curious to see if you see any performance changes at all.

I’ll give it a try … I’ll move them out of Official for now and if that changes nothing then I’ll delete them in content manager.

But first another test at KLAX as I’ve not been there since the SU7 hotfix.

Awesome. I will do a quick test in KLAX too since most of my tests are usually at JFK. And remember to restart the sim to see any changes. I keep forgetting doing that myself haha.

I always do that and turn off my rolling cache every time I’m testing.

@DensestSnail693 Here are my results. As you can see there is a dramatic change in performance on the ground. Taking off the fps didn’t drop under 40fps, absolutely no stutters. 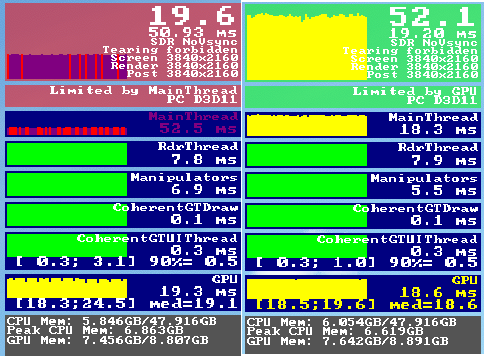 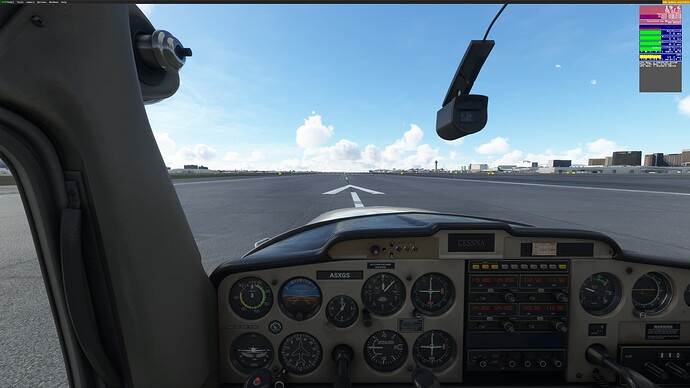 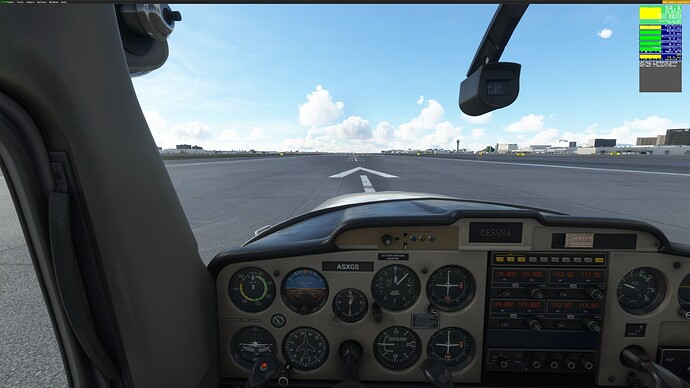 LAX in the air, no performance change: 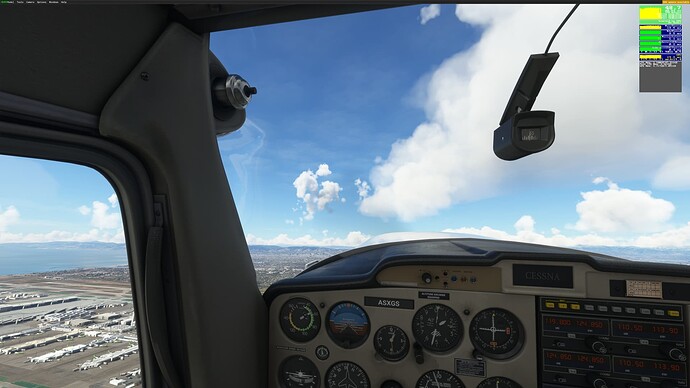 I’m a little baffled because since SU7 I no longer have any significant difference between on the ground or at 12,000 feet so Asobo have obviously fixed something and I’m going to change my earlier advice about tuning on the ground.

However having now deleted all WU’s and the GOTY photogrammetry I see absolutely no change in fps, they are identical.

I’m glad to see you have no issues. Seems like it does not affect everyone then. Can you share the numbers you got when testing? I’m interested in the main thread time in ms to see if you had any changes at all. And what terrain LOD do you use?

Someone testing here also didn’t see any FPS change until the Terrain LOD was pushed enough to be main thread limited. Then the FPS change was as dramatic as mine. 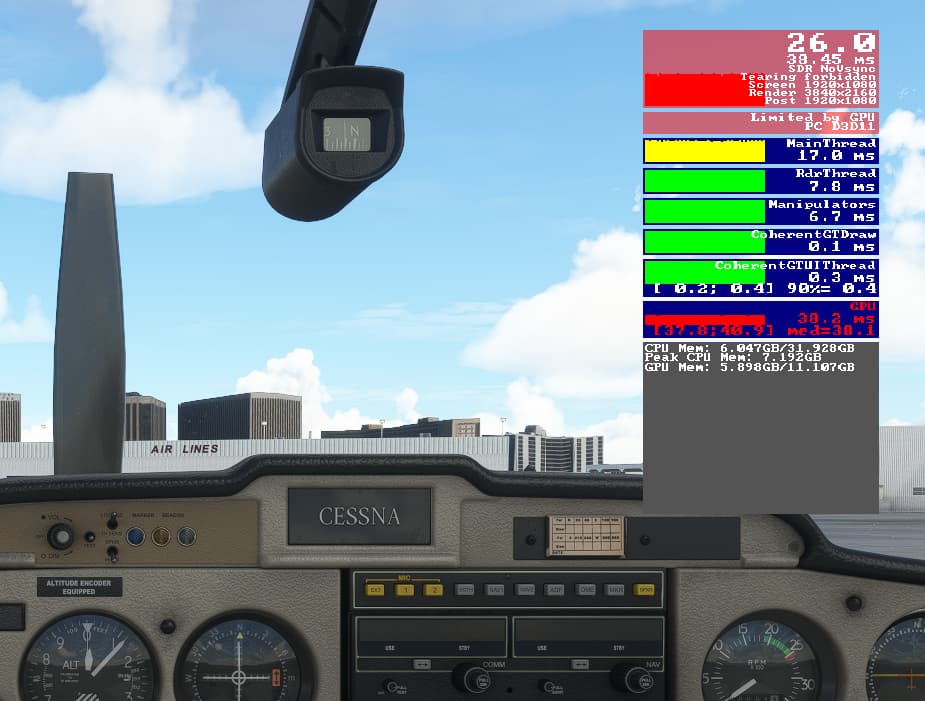 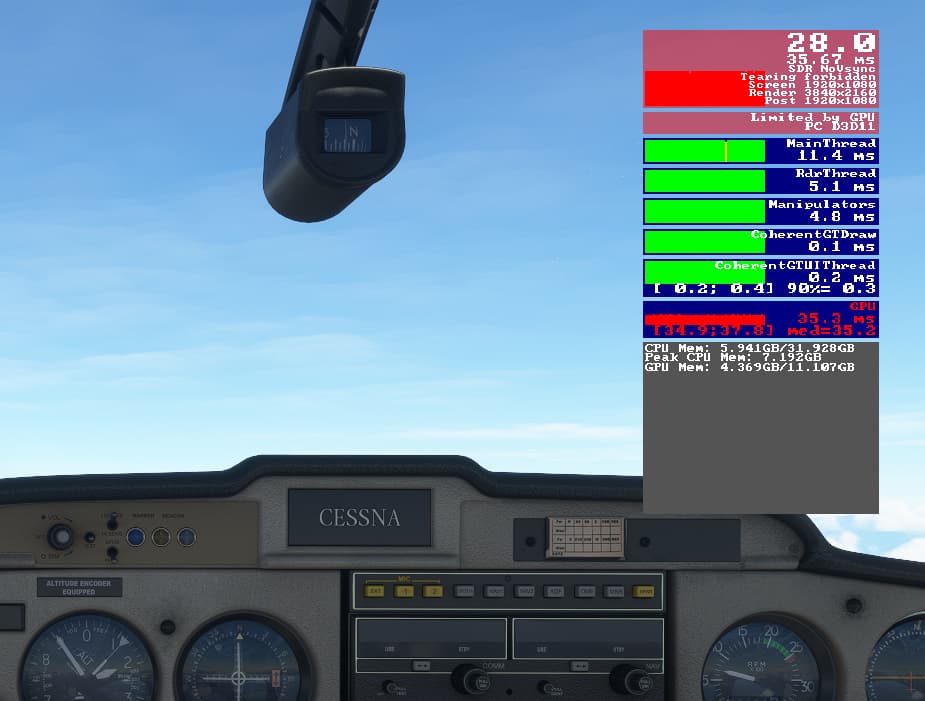 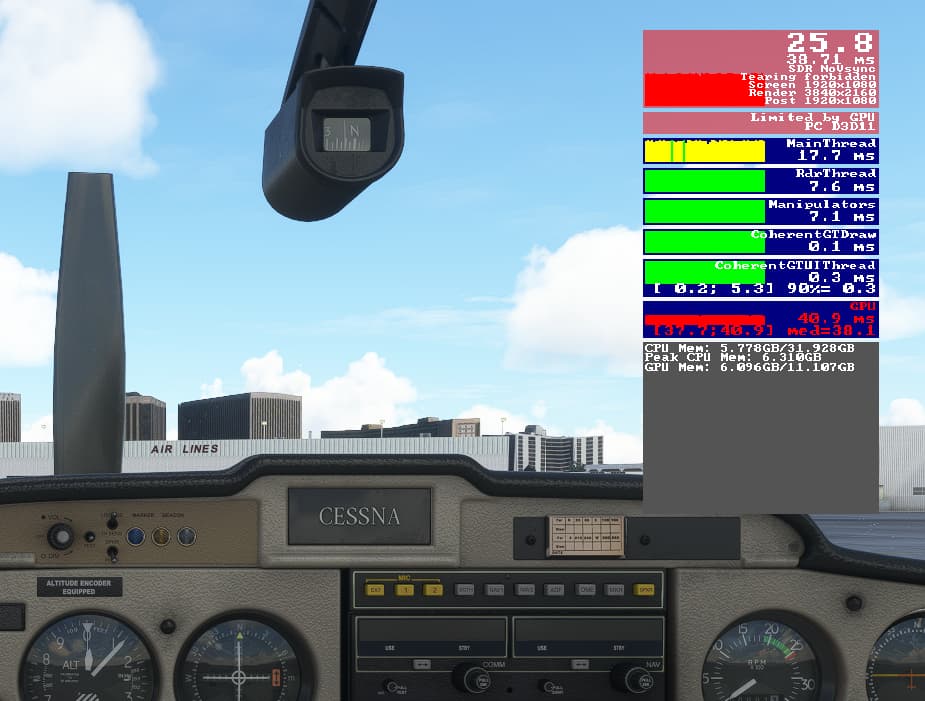 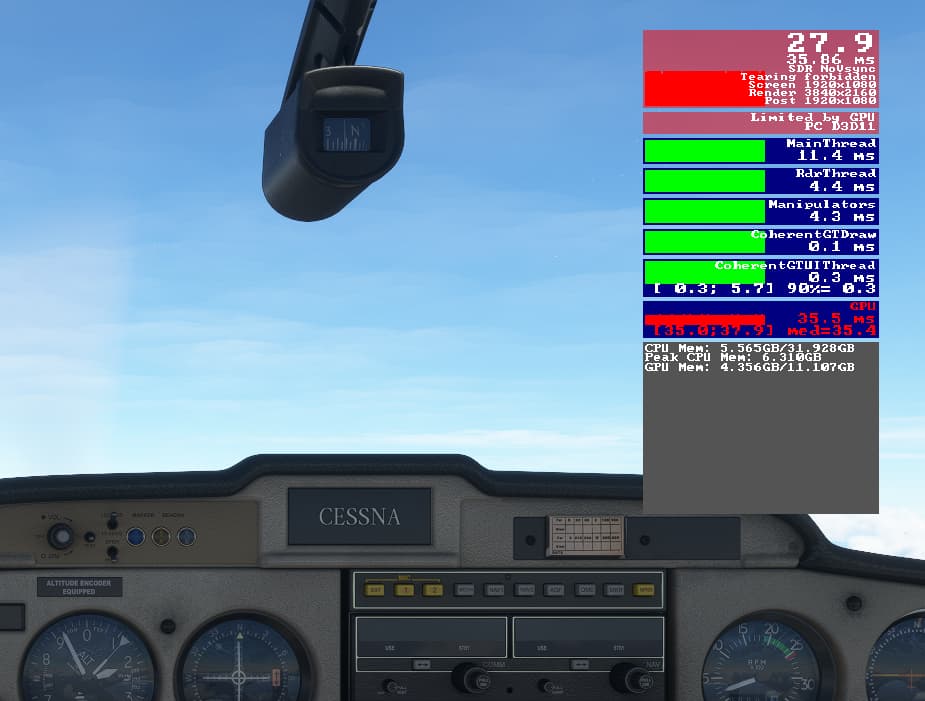 1080p all settings and sliders maxed out. Few clouds preset

You need delete the 3d cities from content manager to be able to see the change. Msfs forces an update if you remove them from the onestore folder

I deleted all the WU’s using the content manager, no forced update

Can you also do a comparison ar phoenix when you get chance?

@DensestSnail693 Thank you so much for your testing. And you restarted the sim after deleting them in the content manager right? sorry if it is obvious and you did it already… just being triple sure haha.

If so it seems like you are not affected by the CPU issue at all.

Yes I restarted in between.

@DensestSnail693 Mine is clean, no mods or anything. I’m glad the issue does not affect everyone and that explains why only some people complain about it and others seem to be happy with it. With your numbers I can see you would benefit from a new video card. I know they are hard to come by these days. Thank you for your testing again.