Recent Update Stutters - Where In The World Is It Happening To You?

I have read many posts concerning performance issues, some after WU3 and more after SU3. One thing I wondered: where in the world have you noticed this degradation in performance?

I expect to see drops in frames in high density areas (LAX, JFK, ATL etc) but I first noticed issues in Papua New Guinea (flight plan included here if you’d like to test it out). I have also experienced stutters and freezes in rural Colombia as well.

Some folks are loading up in the airliners and seeing improved performance/or no degradation but not everyone has stated where they tested this out or if they tried multiple areas. Also if they have tried new areas they have not flown before.

Maikini Airport (MPG) in PNG is where I first experienced it, right after updating the sim last week. I have never had issues before but for a few CTDs mostly related to the Bravo Throttle Quad light drivers (that seems to have faded)

So, if you would, let us know the locations where you noticed unusual/unexpected stutters and degradations in performance.
Ep XX - T-n-G’s in PNG.pln (8.1 KB)

For me it is totally unpredictable as to any one place or situation.

@FarIslePilot,
I have moved your topic out of #bugs-and-issues as this area has a template to follow. We also do not want duplicate topics of the same. I have moved yours in #community:general-discussion-feedback

its totally unpredictable for me, I think its everywhere even svalbard and even in the main menue with sliding door in the background or the world map.

I’ve heard that 76T, a tiny dirt strip in the middle of nowhere shall be one of the worst places, like 5 fps stuttering hell with an high-end PC, I have not tried it myself, but I am curious …

Depart NZPH, stutters start at WP1 and finish by WP2. Happens for me every time flying here since SU3 at altitudes from 4000 feet to 24000 feet! Let me know if it does the same for you.
VFR Pudding Hill Aerodrome (NZPH) to Darfield Airport (NZDF).pln (1.9 KB) 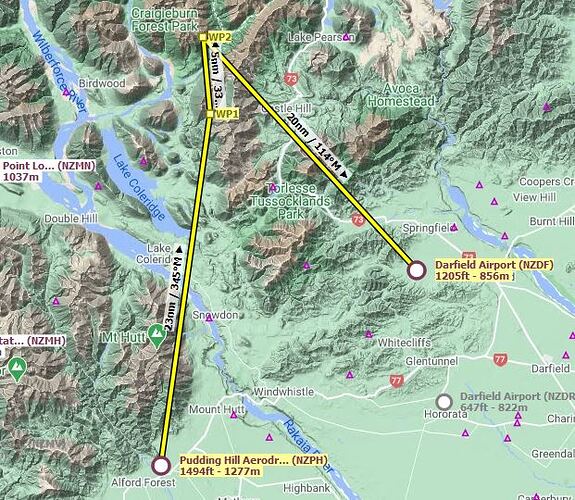 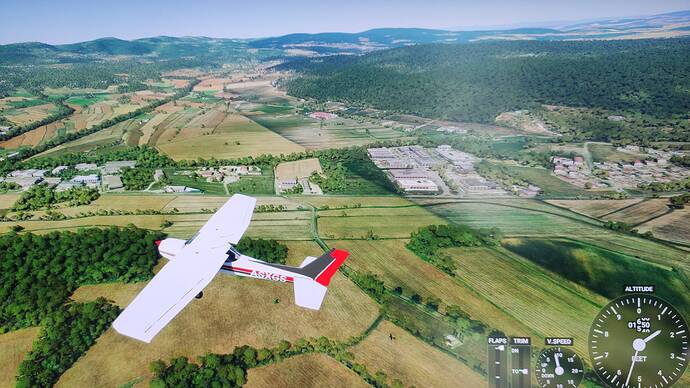 LKTV was bad for me just picking to start at the bigger of the parking areas. It was stuttering badly straight away during the ready to fly cinematic.

Small generic airport with no traffic or any photogrammetry nearby etc…

YBBN - Brisbane approaching the CBD. Doesnt matter if you have Orbx Cityscape installed or not. As soon as I move away a bit. back up to good frames.

Having the same problem as Far Isle.
There seems to be a high Manipulators thread timing cycling between 4 to 100+ms. As the manipulators often spike to 100+ms, it causes the main thread to also get impacted sometime to around 120ms. Both CPU and GPU memory is well below maximum capacity. Only started occurring after sim update 3. Usually have 40-50fps, dropped to 10-20fps but with constant stutters (non-uniform pacing of frames).
Settings used: All players, no AI planes, Few clouds weather preset, in XCub default livery, at airport Makini ICAO: MPG in Papua New Guinea.
Have cleared cache, restart computer and went through the usual steps.

I have tried using the low preset, which solved most of the lag spikes, and bringing everything up to ultra, one setting at a time and testing between each, I have found the spikes to occur again once turning up the Terrain Shadows to 2048. Only issue was that it was not easy to reproduce.

After playing with some settings, I have found that reducing the terrain level of detail to 40 has significantly brought down the spikes lag. This allowed for a more normal experience.
Just like many others who have flown the flight plan with Far Isle, certain sections are back to a smooth FPS while other sections go back to a more stuttery FPS that the lower terrain LOD helps smooth out a bit.

I hope that the devs can take a look at this issue and can find the bug causing performance degradation.

After taking off of 28R at KMOD and very close to the CCR vor are the two most noticeable for me since I fly there the most. Seems that once I get higher up the manipulator problem becomes less of an issue (but still there) as a pass those areas that cause it.

I have had no unusual/unexpected drops in frame rates anywhere I’ve flown other than checking out 76T to confirm that it’s slow, however.

Yep.
So bad I thought the sim locked up my computer.
By the time it left the ground it sounded like I’d crashed back down to the grass. Even exiting the flight to go back to the World Map took ages and several retries to get out of the flight.

KMKC area - where I fly

Tyrolia, Southern Germany, Italy, Los Angeles, Canary Islands …
You should ask if there’s a place, where it DOESN’T happen. Would be the busiest place on Earth within minutes