Yes, I have some issues as well with Concorde. After SU11 beta installation I was able to do some flights with different aircraft’s but as soon as I selected Concorde, I get a CTD in loading screen. The problem is now that I get this reproducible while starting MSFS…looks like it was initiated after select Concorde. I’m on Xbox Series X btw.

I have the exact same issue and basically done a full reinstall to get the sim to launch as i couldnt get past the canada world update tiles. SU11 has definitely broken something

Well I decided to move the Concorde folder back after a cleanup of cache files in appdata. The game took a while to boot up but managed to finally load. But I got excited too early and as soon as I selected the Concorde for a flight, it crashed like you.

You might want to join the DC Designs discord to report the issue.

Hi Concorde lovers ! As anyone notice an issue with the fuel jettison system currently ? I’m trying to fill tank 11 with jettison (yep I guess I havn’t planned enought fuel in the trim tanks) and actually nothing happen ! all the inlet valves are closed except 11s, jettison 1-4/2-3 open, master jettison closed… I don’t think I missed something but yep the tank is not filling while it should

I am flying this beautiful plane again with a friend in shared cockpit, and we are absolutely in love with it.
Only issue is the annoying glideslope capture bug where you have to switch to ins and back to radio again is still present 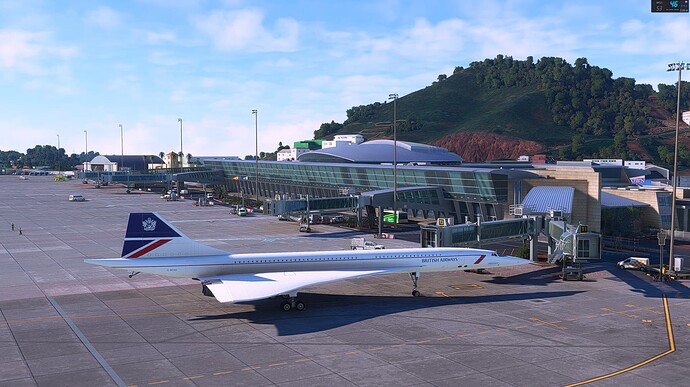 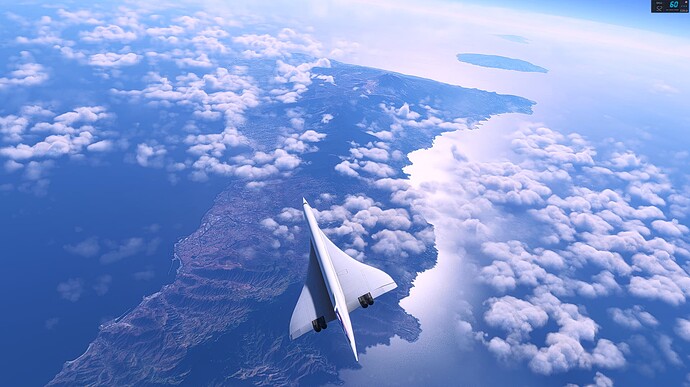 I’m on SU11 beta and the numbers are just 0 and not moving on autopilot panel when I rotate the knobs. Anyone else facing the issue?

A hotfix is available that fixes it but you’d probably have to go on their discord which has a link to it.

I don’t think I’m joined on it. Could you provide a link to the server?

Is that link available for Xbox? I have this issue on Xbox where the knobs won’t turn with SU11 Beta.

Check out the DC Designs community on Discord - hang out with 578 other members and enjoy free voice and text chat.

I’m on Xbox to but the hotfix looks to be on PC only. A rar file I think. We have to wait for MP updates for all our stuff. It was made a couple days ago so maybe Codenamejack submitted it, I dunno, he hasn’t said as much that I’ve seen.

He had to do some last minute submissions for the Typhoon as it’s confirmed that it’s in the testing phase for MP, could he have slid something in for Concord? I can’t say.

Hello, indeed I have the fix to the problem but I am not the owner of the Concorde so I cannot submit it, as soon as Dean returns we will upload it as soon as possible.

Anyway, for Non Marketplace affected users I can provide the fix from the discord channel

Yeah i agree, every mouse over should be consistent with eg (TURN ON/TURN OFF)

Email from JustFlight this morning that a new update is out:

Yup loaded it up and all instruments were super blurry. But returned to normal after loading another aircraft (to verify all was OK) and then reloading Concord.

new update is out

The avionics update for autopilot and navigation… has anyone experienced better ILS performance with it? Im still finding it hit and miss (I’ve not downloaded this update yet).

It’s the limitations of the sim I’m afraid. There is only one set of PIDs that are used for supersonic and subsonic flight. The solution to the problem would be two sets that are used at different speeds. Until Asobo allows that, this is the best that can be done.

I got this error. Any idea? 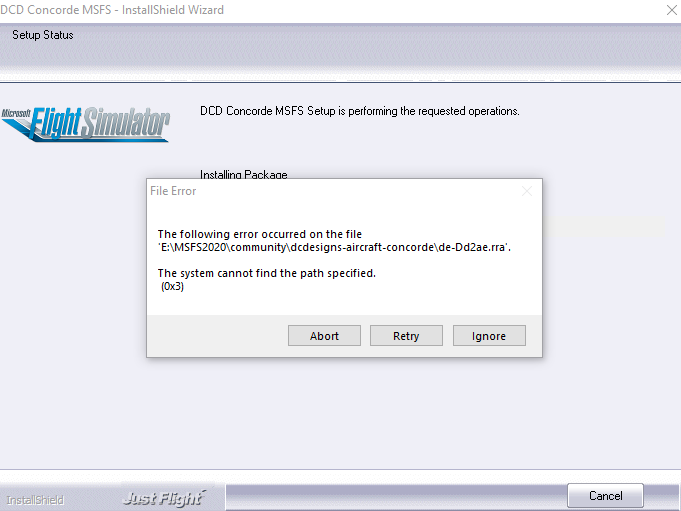 No idea. I’ve installed the new version several times in the last two days. Package works fine. Are you Steam or MS Store? Mine is on Steam.

What happens if you remove the old version from the Community folder first? (don’t delete it yet)