Yeah it was like going back in time. And i like to move forward. That old type of weather does not fit the nice scenery either.

Me too, but there are always people who get stuck in the past and are not open to new things.

That old type of weather does not fit the nice scenery either.

I like the idea of having visibility from METAR because that is hard to predict though. That is the only thing i want from METAR right now until they are able to predict that better.

Should be real nice if we could choose the options of what we want from METAR.

I could live with that. But I can’t live well with static weather at the airport, but now it seems i have to.

Did you read earlier what I wrote about the dissolving fog? That looked very strange. Like a slideshow.

Yes i’ve seen that too. With the clouds too. Don’t know if the clouds thing was the METAR though but they changed every second for me until it got stable. Like the REX does when it makes the transission from one METAR to some other METAR. Never seen that before when i not used the REX addon. Maybe Asobo use the custom weather now too to make the changes between METAR. In that case it’s exactly the same as REX. That is not blending in my opinion.

Yes, exactly, that’s what I mean. I may not have noticed it before. But it felt like it didn’t exist before SU7.

It did exist only if we used the rex addon.

I only used rex once or twice. As I said, did not convince me at all. I had only bought this because of SU7. I think SU7 has brought rex a lot of money.

I used it because i was used to compare the weather against METAR before this sim and used it some when it got released and then realised it was not better than having meteoblue weather. At that time i did see those transissions when clouds needed to change depending on the METAR that changed state.

I think SU7 has brought rex a lot of money.

REX was too sparing with clouds for me. Often only the low cloud layer, no cloud bands, very very boring to me.

Yes, but they set it everywhere and i think looks more realistic than having those circles of clouds and fog injected when there is no clouds predicted in meteoblue. Cloud bands i have not seen since su7 got released. Have you seen them? I can only see many dots of clouds spread out everywhere in like pre defined pattern. The higher clouds are almost the same as before i would say. There is can see those band but not on the lower layer clouds.

Like this picture at the dead sea. Was trying the weather there. The only thing is the weather there is predicted to have overcast weather with only high level clouds. Seems the new weather has problem creating overcast weather that meteoblue predicts. I wonder if the sim needs to make it clear sky if METAR is not available. What do you think? It’s like it wants to remove clouds all the time. 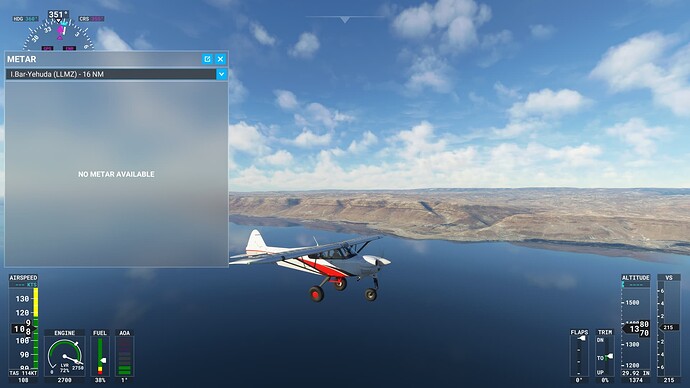 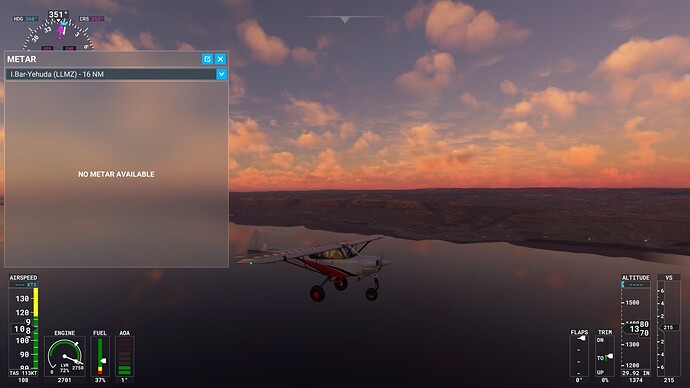 There are cloud bands after SU7. I want to show you, but i’m not at home atm.

Please show me when you can.

Here is where the cloud band starts but all of the clouds are like dots of comulus clouds everywhere. I liked when they was sticking togeather like when it is when it’s overcast.

Comulus clouds is the problem and i know that has been talked about alot in SU7. 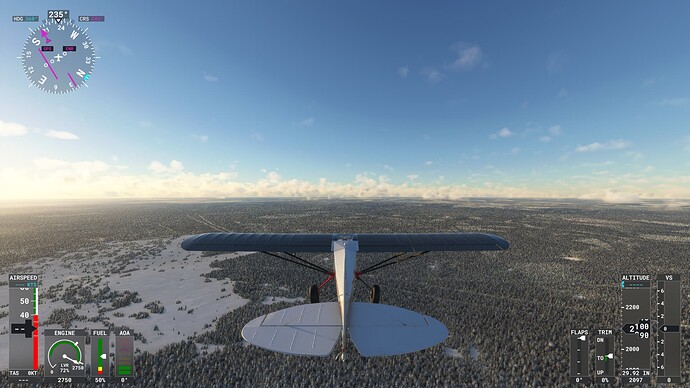 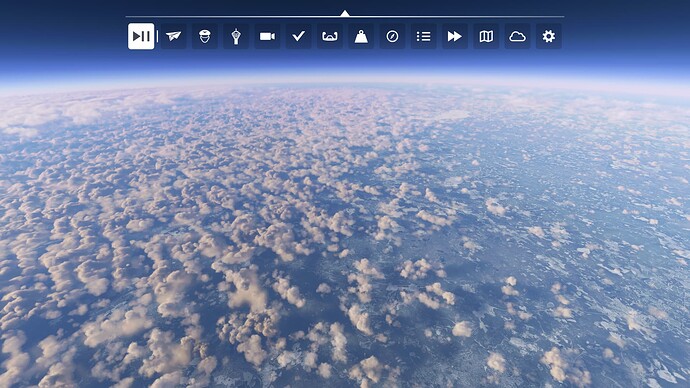 The last picture looks quite neat in my opinion. Or are these pictures taken before SU7?

I think the atmospheric effects were also better…

Those both pics is from today. I look up that on meteoblue. The clouds start exactly on the location it is predicted. It was that before too but i had those clouds more grouped togeather. Now it’s comulus clouds everywhere like dots. That is a big difference in SU7. The prediction of where those clouds are located is the same as before i would say. And when it’s reported overcast on meteoblue it’s those volcanic clouds everywhere if there is reported a thick layer of clouds in meteoblue. It’s like the sim wants to create clear sky when it should be overcast. Hard to desrcibe actually.

here is the location of those clouds. 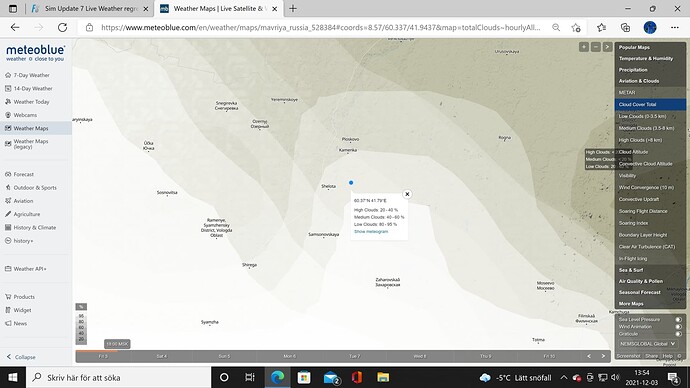 The last picture looks quite neat in my opinion.

I think it looks good because there is no METAR near that location too. Only predicted weather there.