Screenshot (623)3440×1440 290 KB
-Temperatures still inaccurate on LIVE weather (LIVE weather basically completely broken) which hugely affects aircraft performance.
-Managed altitude no longer works (A320neo)
-Even more pixelated clouds
-Fuel and payload no longer has the slider to control the overall weights of fuel and payload individually. Instead you now have to manually input the weights for each tank (fuel) and sectors of the aircraft (payload) FIXED: G1000 v0.4.0 caused a conflict for this. Delete this version and replace with the NXi. Bug has returned - unsure how
-UI no longer shows the keyboard inputs to “escape” for example. It will instead show something like “Joystick button 3”.
-Scenery pop-in
Will continue to add to this list as I remember and experience some more bugs. Apologies if I have duplicated any bugs already mentioned.
NEWLY FOUND:
-The CUSTOMISATION tab no longer functions properly. Backspacing the registration that you have typed in previously clears the field, yet when you use any aircraft, the registration still appears on the aircraft. To properly clear the field, you now have to interact with the field with the mouse and then press F4 to clear it. No changes are saved on this tab.
-Cloud reflections extremely blurry
-Low GPU usage caused by live traffic
3 Likes
Sliders in UI: Click to set values
monkeytennis245 August 2, 2021, 11:29am #521

This looks cool. Check out the graphics. Anyone know where I can buy this? 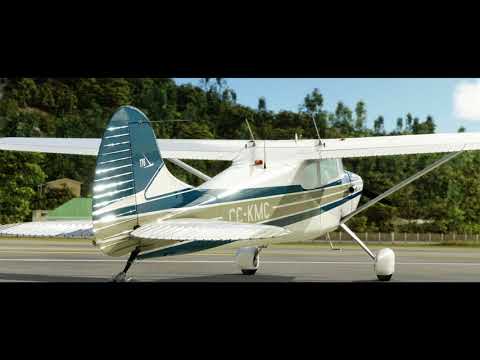 this entry pattern is rather confusing 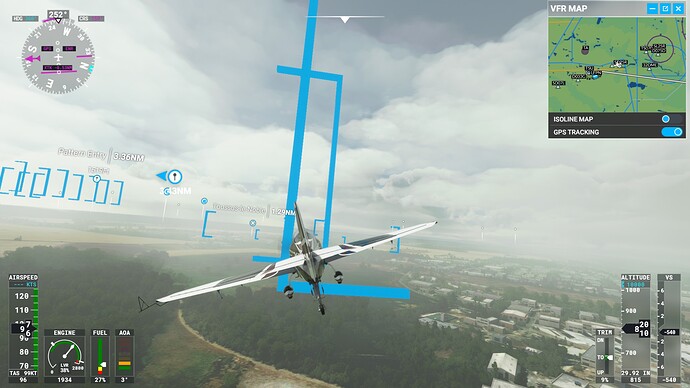 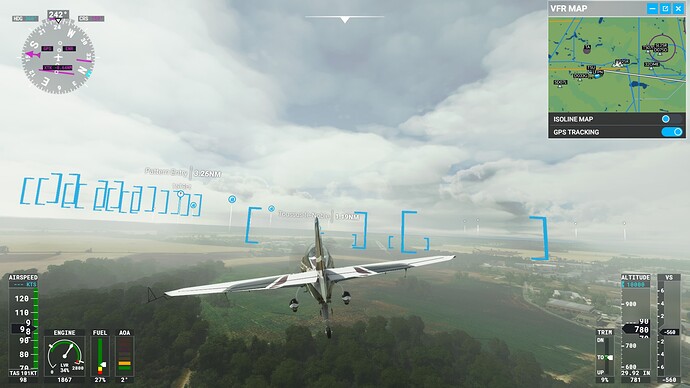 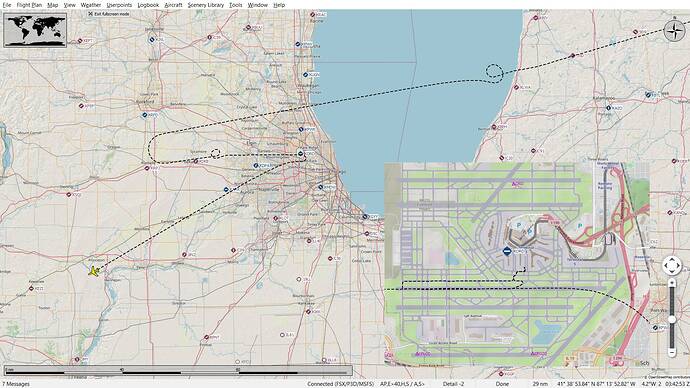 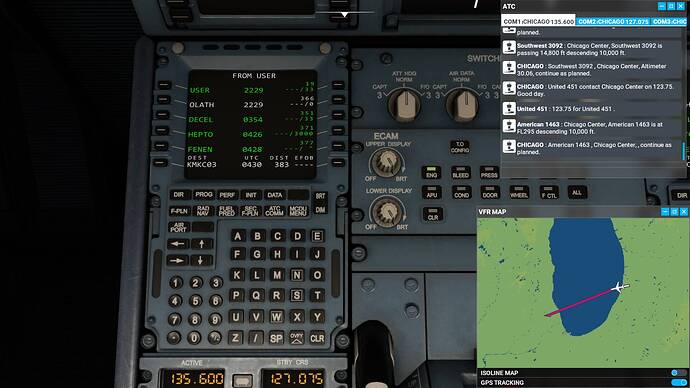 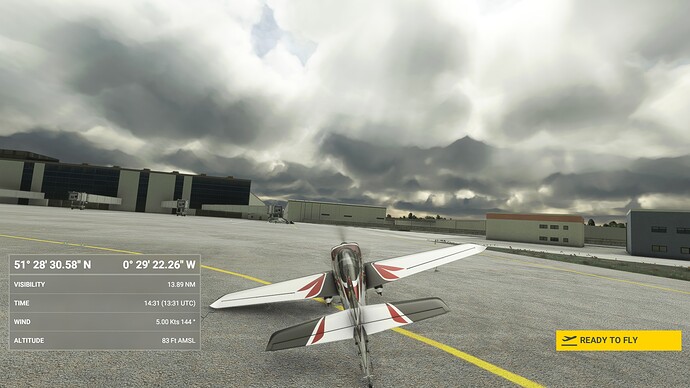 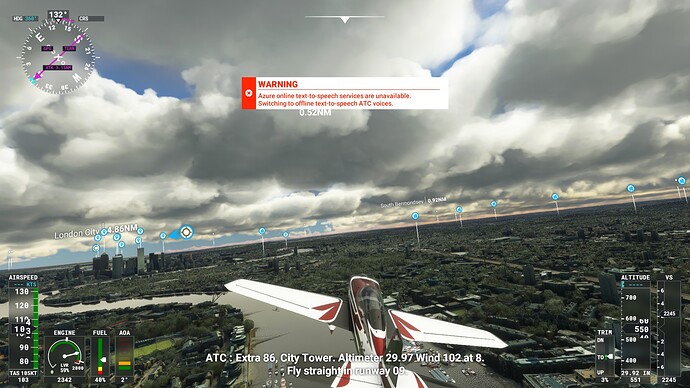 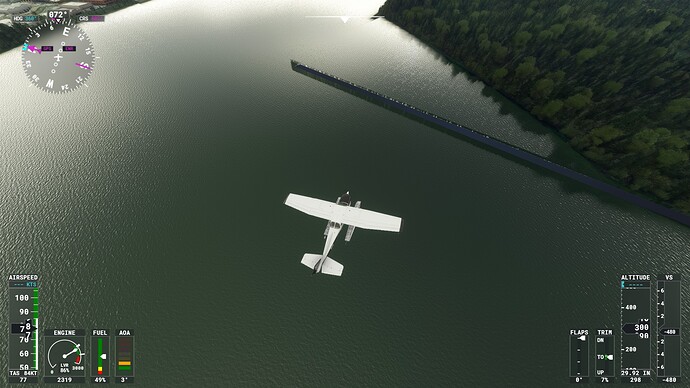 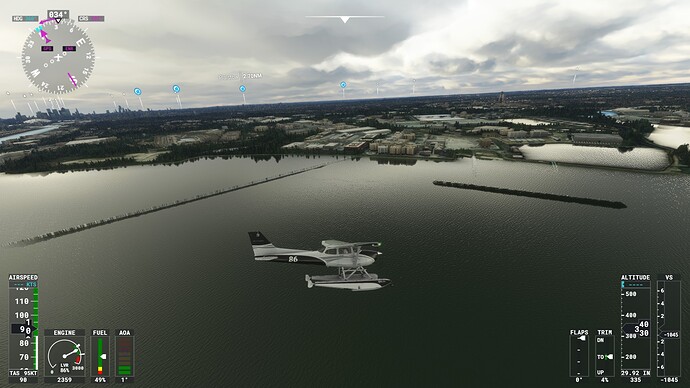 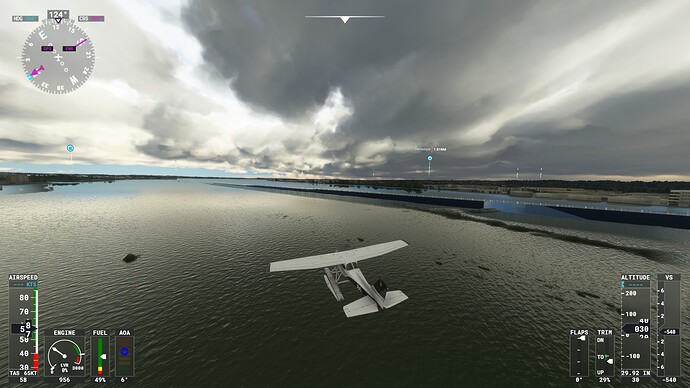 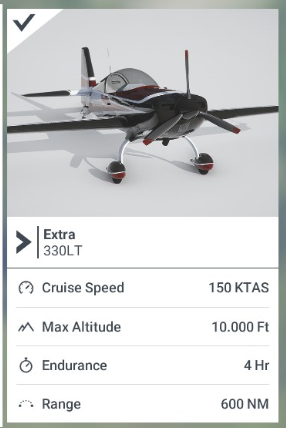 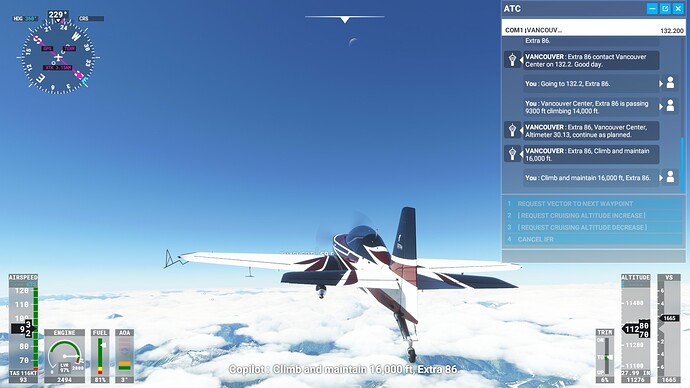 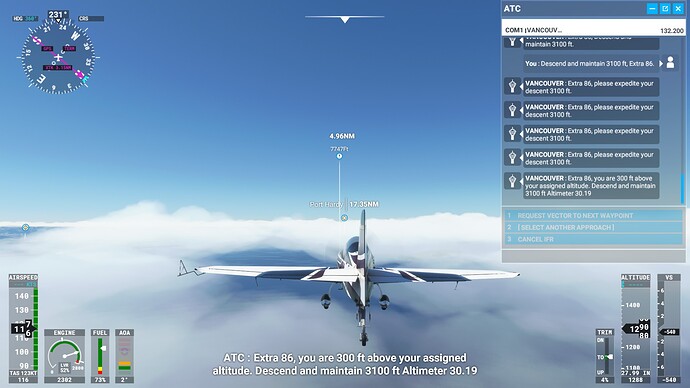 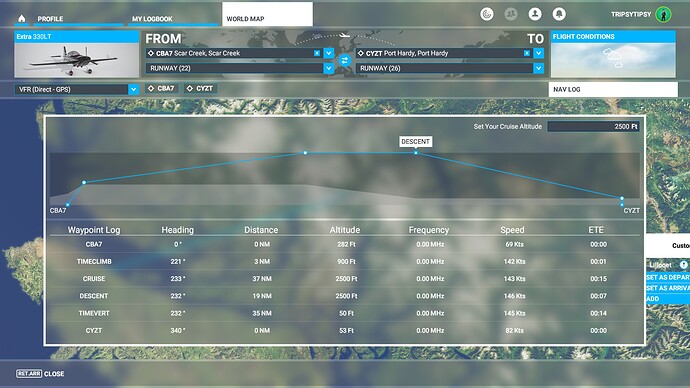 I CTD Every time I fly VR. I never had a problem before this update 5 hotfix 1 in VR. I’ve flown many hours in VR before this update and now I CTD every time. I have no MODS, no addons, and my community folder is (and always will be until MSFS produces a more stable product) empty. I have a Rift S and GeForce RTX 2080 Super and an i7 9700k processor with 16gb ram. I have about 188 hours in the Cessna 172 with the G1000. Many of those hours were in VR. Now, I cannot complete a flight. What’s going on? Is there another hotfix on the table?

My CTD’s seem to happen at the beginning, right before I’m ready to hit “Fly” in the World Globe menu.
In both cases I had done a lot of adjusting to the manual weather, and it was when I was trying to back out and get back to the globe menu to hit “Fly” that it crashed. So never even got a plane on the ground! But it’s only happened 2 times thus far, and only when trying to make weather adjustments that are manual.

There is something strange about the World Map flight planner NAVLOG. It looks like it is displaying an elevation plot view to help determine cruising altitude similar to the profile view in LittleNavMap. But clearly it is wrong for your flight plan.I have no idea exactly what it is showing. It looks like SU5 messed up the flight planner. Today somehow I created a flight plan that causes a CTD every time it is used. I’m submitting this to ZenDesk since it is easily recreatavle.

Could it be that a bugged Navlog is somehow connected to save files not being able to save progress & all the data of a flight? like here Sim Update V (1.18.13.0) Bug Megathread - #438 by TripsyTipsy
I was quite upset that the game didnt save my progress for frequent flyer miles flight;made a new save just for that flight & that it told me to fly all the way back & forth when I was at destination after I reloaded.I’ll include the Navlog for that too 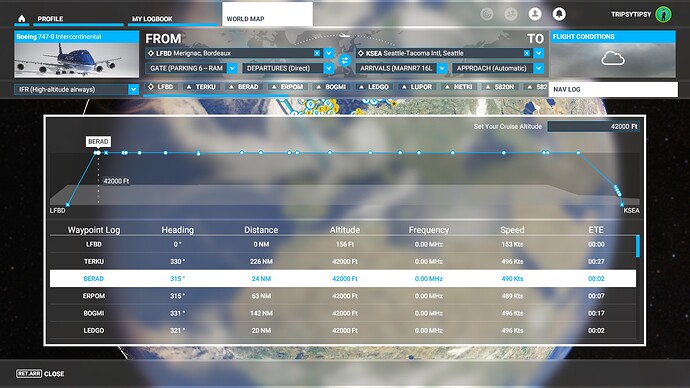 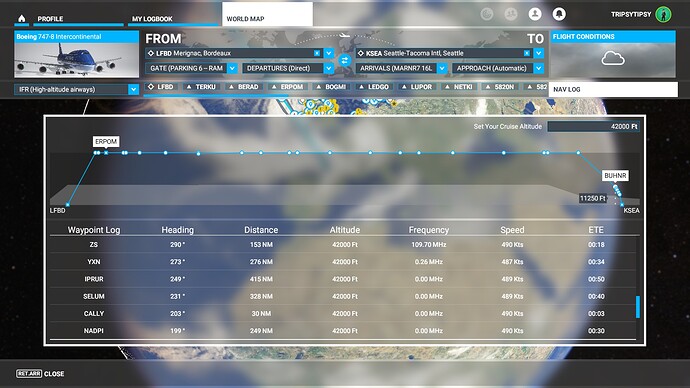 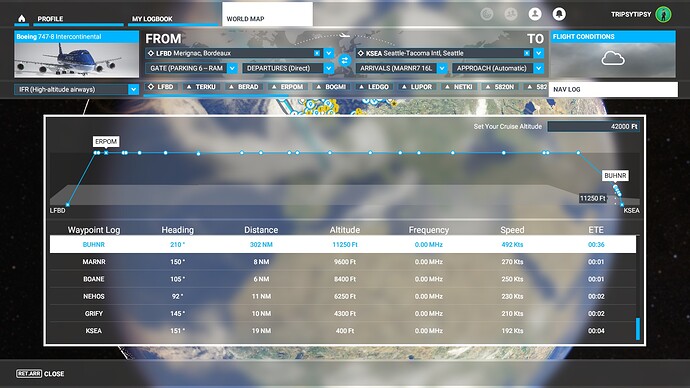 The is an extra thread for achievment guides, https://forums.flightsimulator.com/t/achievement-guide-and-discussion/285425 Achievments have been pretty bugged right from the beginning, see link and other threads.
Not sure whether your problem was introduced with SU5 (1.18.13.0/1.18.14.0) or has existed previously.
Have you checkt OAT? That is bugged too and might prevent you from going fast.

I don’t use Zendesk, but at the off-chance someone in charge has the courage to read through this thread and end up here…

When you zoom in and out a bit on the new World Map, airports start to disappear.

I did a zendesk days ago…nothing…not even an autoreply. Squat.