The sim has NEVER looked and performed so well

I am in awe, I can’t believe how well the sim looks and performs since this patch.
Prior to SU5 I could litterally not fly over New York, I got 15-20 fps at most with unplayable stutters on 2k medium settings.
Well, the video I attach is recorded at 4k ultra settings and I never go under 30fps, a completely stutter free experience, and that is while recording. The LODs look absolutely stunning, the pop-in is there but barely noticeable.

Yes, I am experiencing tons of crashes, mod compatibility issues applenty etc… but that will all be solved in due time, Asobo has achieved magic with this update. 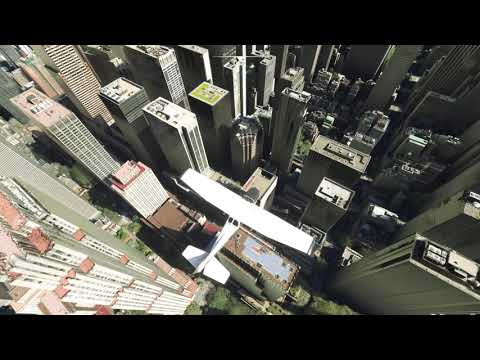 But it’s never looked and performed so well?

Yes, stability issues are to be expected on the day of release of a patch, most issues come from mods/dlcs, the key is the core performance of the sim.

Yes, stability issues are to be expected on the day of release of a patch,

They are “expected” because that’s what MS has been able to get away with. When I spend $120 bucks on a GAME, what I expect is for it to work.

Yeah, good performance but the most unstable release since the first release, normally I seldom have CTD’s but this release totally and royally ruined a decent working sim, I had 4 CTD’s in 4 starts, while just flying the C152 around the airport, another checking an Spotlight Event, then setting the Altimeter in flight, and the worst: the cockpit seems to be rotating as you fly, which I then found out is a secondary effect of having an Xbox controller in your peripherals, once I disconnected it, the views cameback to normal. The scenery was washed out and the green syndrome was everywhere. All of these happened after rebooting the pc after update, cleaning the cache, and Community folder empty. In short , never have I seen such an ill update, I will stay away for a while. The Xbox release kind of ruined what we had in the PC. They should be separate apps.

There are a few crashes here and there, and uncompatible sceneries/planes, but that will be solved within a few days and we will be left with a sim that has doubled its performance and destroyed stuttering.

It will be worth to wait! Overall I would take a thousand times what we have now that the big unoptimized mess we had before.

It did both just earlier today?

Just a question what has X-Plane got to do with this? You are the only one brining up X-Plane!! I think you have the issue, not the other way around!

But it deserves the criticism, Just because you think its ok, and are happy with the performance. Mods that are not loaded should not be causing issues. The AI Traffic CTD deserves much criticism!

But still nothing to do with X-Plane, I dont see anyone mentioning X-Plane but you?

I’ve been using MSFS since it’s first release back in the dark ages, that’s why I’m here.

Not ONCE did I mention XP. Not ONCE did I “bash” FS 2020. That’s something YOU decided to bring up. I just happen (like many) to use AND ENJOY both.

But that doesn’t mean you can come and just criticize every single post from anyone that seems to enjoy it.

TBH I much prefer X-Plane. But I want to see MSFS come up to the same standard, because it will be the King one day!!! Heavy lay’s the crown!!

And for the record:

Not ONCE did I mention XP.

You don’t “play” XP like you play FS 2020. One is a functioning flight sim, the other is game.

Anyways, back to the topic, the sim performs crazy well now, so if you were experiencing stutters, low fps, or freezings during flights this is you patch guys

If you compare the content of this ‘game’ to any other, you get many more times the content, worth far more than $120. I will likely put 50 times more hours into this sim than any other game over the next ten years making it the cheapest base price title per hour that I own.

Performance is phenomenal since update. Huge improvement in fps and im now running my LOD at 200!!

okay that’s a new one – never heard that before… eyeroll. Come on guys, keep it on the topic.

Finally! I have been waiting for this day. All settings set to Max, constant 30FPS even in New York! Now i can increase LOD!

It’s the unstable sim I expected. I seem to be thrown back to only the Asobo airplanes. FBW crashes, PMDG not updated yet. I guess those will come.

And we’ll probably have to go through this again when DX12 lands.

But yes. Performance is smooth. I now have to find a way to throttle my GPU before it melts. That part: well done. It flies like silk. Then again, the old grump in me can’t help but think: this should have been the release a year ago.

Is it worth updating LOD in the User.cfg? Does taking it up to 5.0 cripple things or is it unnecessary to change it in the first place?