Thinking of getting into VR

I just got my brand new Reverb G2 and WOW…
I haven’t use it long as I’m trying to understand how settings works .
My first question:
Is there a way to have the HUD display when in VR mode ?
Or is there a third party app displaying flight infos (ideally like HudBar) when in VR ?

I am also thinking to go Reverb G2 (it seems to be the best option out there), but it needs Displayport - I don’t have those on this machine.

The video card in my computer (see link) has four Thunderbolt 3 ports and one HDMI 2.0 port: 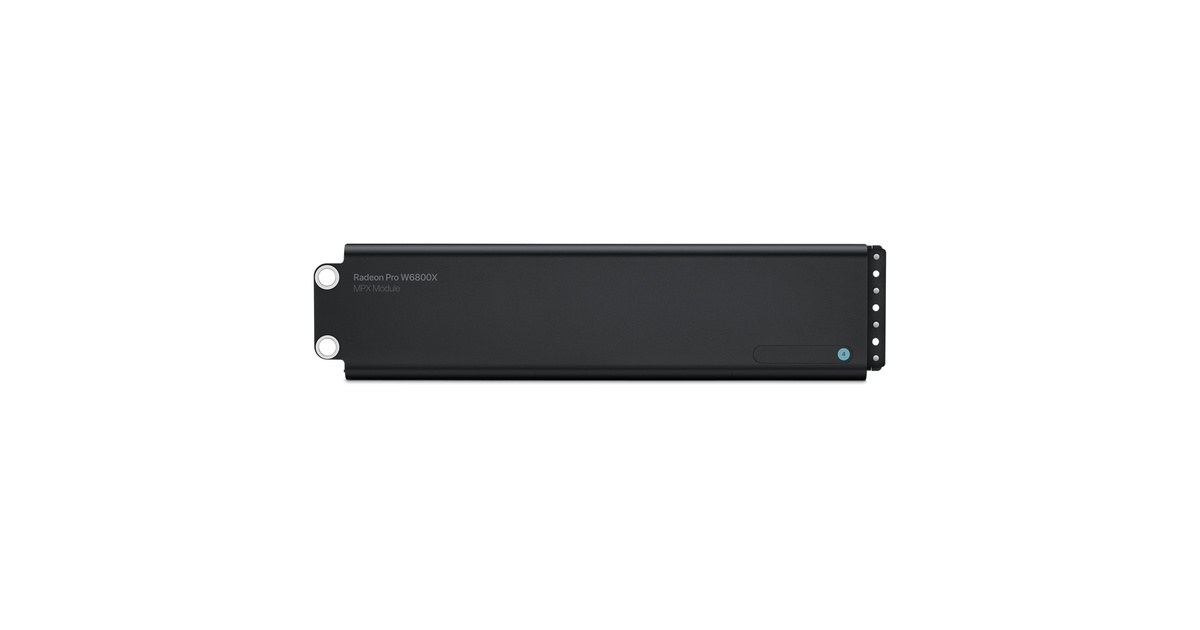 For workstation-class graphics and demanding pro applications, choose the Radeon Pro W6800X MPX Module with 32GB of GDDR6 memory delivering up to 512GB/s of memory bandwidth. You can install up to two in your Mac Pro using the Infinity Fabric...

I also have a lot of USB-C ports on this machine.

Which adapter do I need to make it work? In Google searching I see mention that the adapter needs a particular voltage.

Thanks, I’ll go the Microsoft one. I saw the Cable Matters one after I posted by the reports of them failing not long after purchase is a deterrent.

That’s an interesting card. What was/is it’s original use?

I’m curious to know how it does in the sim.

It was/is a workstation graphics card, so intended for rendering out big video projects or 3D animation. The computer it is in is designed for doing that. It appears to be a little slower than the pure gaming cards but cooler running.

It goes great in MSFS, it never runs out of memory and I can run the ultra setting smoothly enough with DX12 and 4K. It also never runs hot (the whole computer) and remains silent. I’ll report on how it goes with VR.

They did a Duo version of this card with two GPUs on the board and 64GB VRAM. I would love to borrow one and see how it performs. You could run two of those Duos in one machine.

This machine isn’t always used for MSFS, for work normally with macOS 12.5 (different SSD) where it is at least 2.5 times as fast as my old machine with ability to upgrade it more.

My goodness, why didn’t I get this earlier.

It’s so much easier to fly in FS with VR.

VR MSFS is a great experience but sometimes so frustrating…

today i powered up my pc to do some VR flying, 1st i had a battle getting my buttkicker working correctly, then my msfs career add-on (skypark) needed tinkering to work, then finally 15-20 mins later i’m in msfs, press ctrl tab to enter VR…and i’m getting about 5 fps. inexplicable. i gave up. will try again tomorrow, maybe, and it will probably be fine.

I’ve been getting a bit of this lately with really low frames when I enter VR & have been able to rectify it sometimes by changing from DLSS to TAA & back or the other way around. Whichever the sim started in. I’m also finding that TAA sometimes gives me better performance than DLSS.

Also once in VR if I revert back to 2D my frames drop to around four. Only way to resurrect it is by turning off the VR app however any further attempts to run VR is met with low frames & massive stutters till I restart everything.

I will try this when it happens next.

Only way to resurrect it is by turning off the VR app however any further attempts to run VR is met with low frames & massive stutters till I restart everything.

I did try restarting the sim but no luck. Will attempt it today again, it’ll probably be ok!

Edit: tried it today, got 4 fps, opted out of SU 10 beta, it then wouldn’t load lol, so opted into beta again, now getting well over 30 fps. i swear this sim has mood swings!

Yes, it is fickle - I dutifully installed the OpenXR toolkit but then SU10 won’t even start in VR mode at all, crashes immediately. So disable that and load again, it works. But that was highlighted so I’m not bothered.

I also wish that things would be a bit clearer if I’m looking at the centre panel on the 737 (towards the TCAS for instance). It’s like everything is out of focus.

VR MSFS is a great experience but sometimes so frustrating…

today i powered up my pc to do some VR flying, 1st i had a battle getting my buttkicker working correctly, then my msfs career add-on (skypark) needed tinkering to work, then finally 15-20 mins later i’m in msfs, press ctrl tab to enter VR…and i’m getting about 5 fps. inexplicable. i gave up. will try again tomorrow, maybe, and it will probably be fine.

I forget, are you using SU10? The startup time is amazing. At least when that happens in SU10 it’s not 30 minutes wasted any longer.

Some sim starts just seem cursed for some reason. I will every so often get a bad launch where performance is terrible. Which I think is some deeper issue in the sim. Who know what it is but it does seem to happen. Sometimes there is also no audio once I start the flight and have to do a relaunch.

Other issues are WMR related. WMR can be touchy if it’s not up and running first.

yes i’m using SU10 (beta). now you’ve stated it, yes i notice the startup time is much reduced, +1 Asobo. i suppose the sim being a little temperamental is part and parcel of being such a complex and very enjoyable sim. i still think it’s great. but boy has it given me some problems over the time i’ve used it, more than any other sim/game i’ve had.

At least with SU10 I find I’m not cursing when I need to restart. Overall, besides the usual issues with Community airplanes and DX12, SU10 has been very stable.

This assumption surprised me. I have had more than one argument with people who haven’t even tried VR, and they have said some strange things that just don’t make sense to me. I wonder how many people just don’t understand what VR is like due to 1.) Money (of course) and 2.) A misunderstanding what IT IS.

Some folks have told me they didn’t need VR because they had multiple monitors. Okay… I just thought they meant extending a cockpit view across 3 monitors. … but the statement was always weird to me… because I’m over here in VR like… Yeah but I am IN the cockpit and can look 360 degrees. Did they just think i’m looking at WINDOW in a VR space?

Anyway! Good to know… I’m really glad you got to experience this. When it’s done right, with good hardware, it’s very typical to see (most) people go VR and never go back to pancake.

Absolutely. Truth be told I haven’t flown in pancake mode since getting my G2 last month, VR put simply is absolutely mind blowing

I’ve gotten so used to it that I don’t get nauseated, and can fly for hours now

Some folks have told me they didn’t need VR because they had multiple monitors. Okay… I just thought they meant extending a cockpit view across 3 monitors. … but the statement was always weird to me… because I’m over here in VR like… Yeah but I am IN the cockpit and can look 360 degrees. Did they just think i’m looking at WINDOW in a VR space?

VR is so different to looking at 2D screens. Even if you can have multiple windows across multiple screens with different views. It’s just not the same. VR is almost like being there inside the plane.

All we need is motion rig that can give us pitch, bank and yaw and we’ll be set.

I didn’t bother with VR before because I just didn’t have much time available. I was a competitive cyclist and spent 20 hours a week riding, anything else was eating, sleeping, recovery/walking, etc. being severely injured and getting over that I’ve got spare time and this is a great way of keeping the mind occupied on positive things rather than negative thoughts of is my recovery going right, will I ride normally, will I walk properly, all that stuff which can mess with your mind.

The moment I used the Reverb G2 first time it was just, wow, never going back to 2D flight simulation, ever. It’s simply awesome. 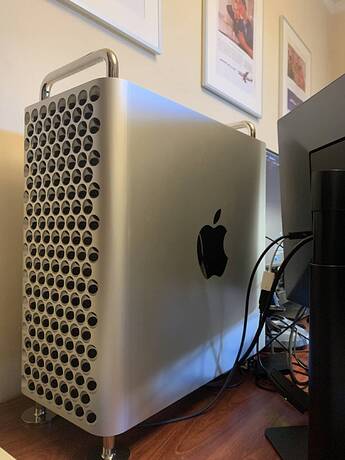 This goes great in FS2020, and the experience is so far beyond what I remember of FSX. Even 2D flying was great in FS2020, but VR is something else. This does work duties on the Mac side and FS in windows (or anything else I might need windows for). FS will keep me occupied until I’m better.

Anyone who is doubting VR, don’t. Go for it. If I had room for a second computer I’d build a dedicated machine just for FS. I’m also lucky, I don’t get nausea except if I’m in the F18 or another fighter. Airliners with typical airliner style flying, no bother. The more I’m using VR the more I’m learning how to get the most out of it. It’s awesome.

Besides all this specs thing, one very important part is, do not rush your use of VR with the sim on your first day nor do steep turns or worse. Once you get use to it you can do whatever but take your time getting into it with perhaps other stuff first, things like Bigpicture

I use both my 34" ultrawide monitor and my Rift-S (took me a while to digest VR at first…very short usage and days long break, used more subtle games without much movement / teleport and just experiences like Big Picture, check steam or oculus store for that, to get used to it, and my trusted USB fan for ventilation), you cannot really compare the two experiences really!

I have a 1080ti and really does not cut it all the time with some decent settings, not much FPS you absolutely do not want any stutters at all in VR, at all!