To Beaver or not to Beaver... that is the question

I paid the $25 one year price, and will decide in a year whether to pay the remaining 50 for the lifetime license.

Eh… I mean… RealityXP GNS for P3D was about $60… GTN is another $60… Put it this way, a gauge is something you can use in a ton of aircraft, and the further we go in this, the more there will be. So, I don’t see it as that huge of a deal.

Funny thing is I always wanted an updatable 750 in P3D times. It was the easiest way to operate on an iPad. Now I got Stream Deck and find myself rather use the 530. This way I can do away with the mouse entirely.
That being said I would like support for the fabulous Pms GTN in the hopes that Asobo fixes the loss of control on docked out windows someday and then I could use an iPad/ touchscreen again to control it.
Tl;dr: I also would welcome the addition of the gtn 750 as well as a 530/430

So basically I know exactly what I will be waiting to buy in the future.

Any words on the planned level of detail/fidelity for this aircraft?

So, (semi) final decision has been made:

Initial release will include regular wheels/ski’s (as they’re essentially the same, we don’t have to redo the FD profile) and amphibious floats. No STOL kit.

Second release (yes, a different product) will be the TBeaver with STOL and amphibious floats. Maybe we will add tundra tires too but that remains to be seen.

I know I’m in the minority with wanting a wheeled variant but this seems like the best approach. Can’t wait to fly it! I’ve been a big Milviz fan ever since the Sabre (hope that makes it over here too!) and can’t think of a better dev to reproduce a well worn airplane such as a Beaver.

Yeah, looking forward to it, too. I really loved the Beaver in P3D. And would be all over a TBeaver as well. And I also prefer the wheeled variants. 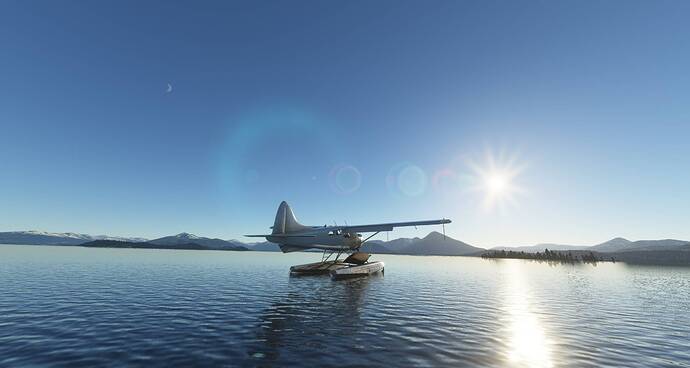 Do you guys have a discord server we can follow?

Check out the MilvizChannel community on Discord - hang out with 151 other members and enjoy free voice and text chat.

We’re not very active on there but we do respond if asked questions. Even if only to say “Not yet!” or “when it’s done” or “no way!”

The Milviz Beaver, the first aircraft my son flew (he was 4) ! 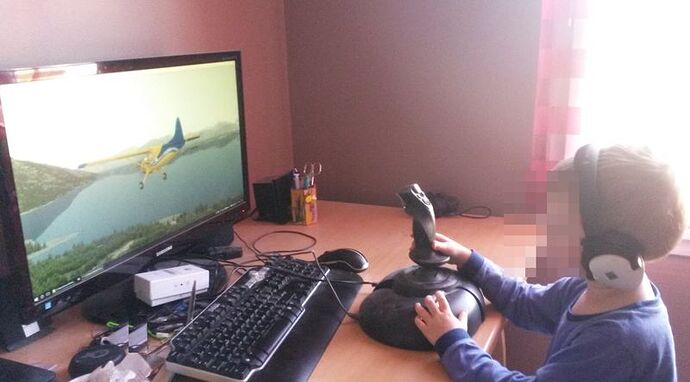 I had a MS Sidewinder FFB2 too, until it gave up after 17 years… Still sad about it. I hope we will see more affordable FFB Hardware with this advent of mass flightsim again. Brunner Yokes while nice and all are just too expensive.

I own 2 FFB2, both working, i’m lucky ! one of the best joystick ever, but MS don’t support forcefeedback for their own Hardware…

Yeah I have a FFB2 as well from back in the day, but it’s packed away in my attic. No support and it is lacking in buttons.

I had some FFB addon for P3d that worked with it. It was so marvelous to really feel the forces becoming stronger with speed (on wire operated planes ofc) and then ease off with trimming. I really miss it.

This does look promising, but there must be a way to start on water. Admittedly I haven’t tried recently but you could “drive” the FSX Beavers into and out of the water and there were designated water strips all over the place…

From day 1 by the way. Here in msfs we are on day 332 and so many FSX standard features are still not implemented by Asobo. OK there are some brilliant third party offerings, but they should not have had to do Asobo’s job for them.

Gliders, smoke, aerobatics, helicopters, dirt and gravel spray, water spray, decent models for repainters (adding decals is not the way) and so much more.

I am pretty sure you guys at Milviz will even prove things to Asobo too, before they get their fingers out.

And if someone from Asobo is following - hey, don’t worry. You aren’t alone in releasing pre-release candidates on to the market. That is not just flight simulation. I include games, programmes and more. I realise you need some form of crowd funded financial assistance to get going.

Anyway - the Beaver WILL be on my shopping list as soon as you’re ready guys. I have had every Beaver version (even yours) in all previous iterations of microsoft flight sim and this is THE workhorse to have…

Half a ton, anytime, anywhere

This does look promising, but there must be a way to start on water. Admittedly I haven’t tried recently but you could “drive” the FSX Beavers into and out of the water and there were designated water strips all over the place…

As has been discussed, it’s not possible to “drive” an amphibian from land to water or vice versa in MSFS currently, unless crash detection is turned off, and designated water strips in the base sim are rare to non-existent.

Don’t sweat it. You will get there one day. So will Asobo.

Can’t wait to do a “Dirty Gertie” repaint. Any particular hints about variations? Remember the Aerosoft one that did amphis, pure floaters, wheels, tundra, 5 seat, 7 seat. Or was that the window count? Freight versions - all in one pack. I loved that particular aircraft despite a confusing paintkit.

Oh yes, and definitely a steam cockpit. I get too easily annoyed at those touchy clicky Garmin things

Don’t sweat it. You will get there one day. So will Asobo.

Who are you addressing?

Any particular hints about variations? Remember the Aerosoft one that did amphis, pure floaters, wheels, tundra, 5 seat, 7 seat. Or was that the window count? Freight versions - all in one pack. I loved that particular aircraft despite a confusing paintkit.