The world’s most advanced operational air superiority fighter presents a monumental challenge for any flight simulation developer. A passion project of ours, Top Mach Studios has dedicated over 9 months of research and development to the creation of this model for MSFS 2020 and in doing so we’ve pushed the limits of what’s possible in MSFS 2020. We are proud to present this highly capable, highly functional replica of the F-22A to the MSFS 2020 community. We think you’ll find this aircraft to be an absolute thrill and a true joy to fly. In return, we ask you to show your appreciation by taking a moment to provide your honest review, feedback, and suggestions. We hope you’ll have at least as much fun flying the Raptor as we’ve had making it.

Follow and converse with us on our various social platforms!

Join us and whole lot of other great formation and demonstration participants this Sunday, May 22, for Wings over the Web. Our friend and supporter, Chunky, lead pilot and team leader for FS Thunderbirds, is going to be presenting a demonstration of the Raptor, performing most, if not all, of the real world Raptor demo routine. The official forum page for this event is below:

Event is on the official MSFS Twitch stream and starts at 4:30PM EST. Our Raptor will perform at approximately 6:25PM EST.

Full event schedule is available at the above forum link. Lots of really cool aircraft and formation teams will be performing. 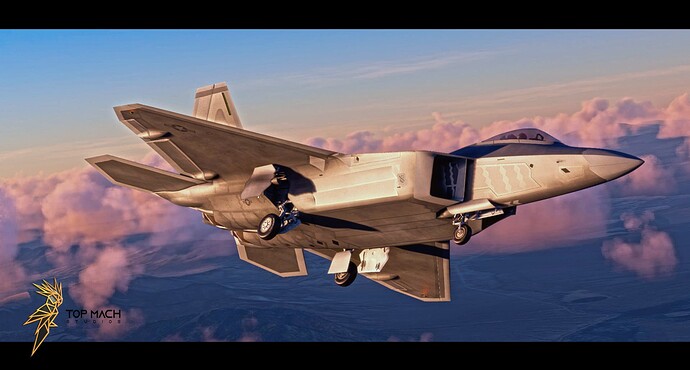 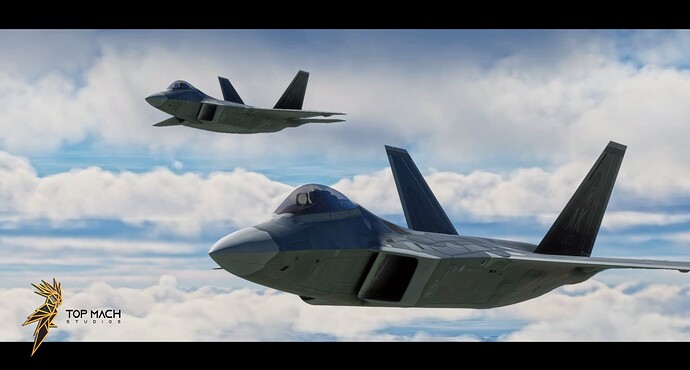 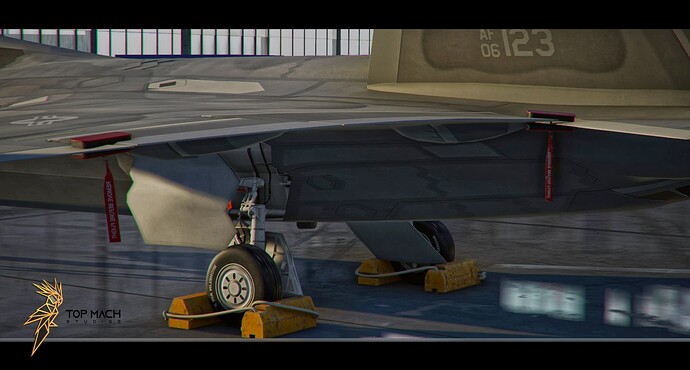 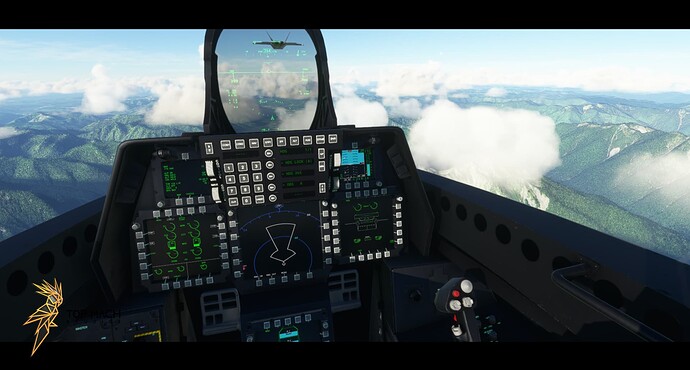 We’ll include updates and progress photos of the premium version of our product on our site, so check often to stay updated! https://www.topmachstudios.com

A quick update for all of our F-22A Raptor fans. Top Mach Studios is hard at work on a high quality payware version of the F-22A. It will incorporate many exciting and unique new features and capabilities. It will be a massive improvement over the freeware model. Beta release is imminent and we will start releasing work in progress media and comments within the next one to two weeks. Stay tuned!

Engine and Performance Modeling based on Lockheed Martin / USAF specifications

Please be kind in the replies. This project has come a long way and not without help from the community. The amount of support and enthusiasm has really taken me by surprise. I look forward to continue working with all of you! 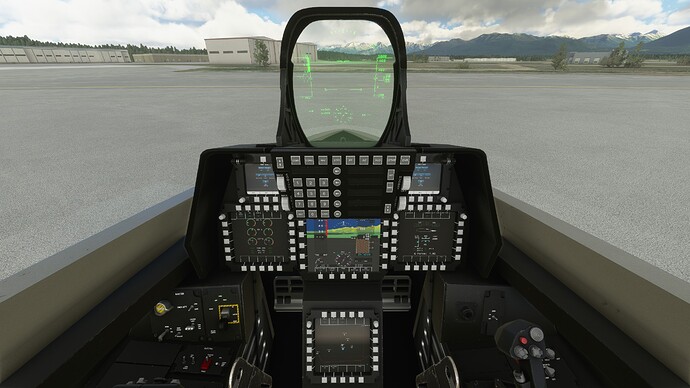 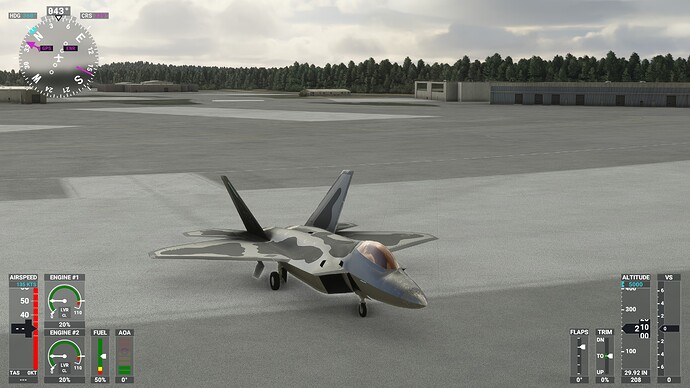 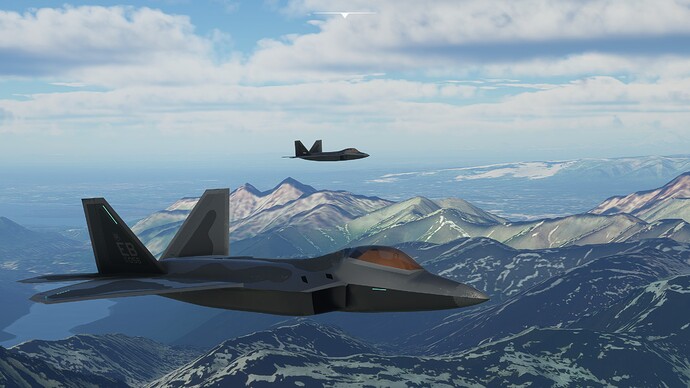 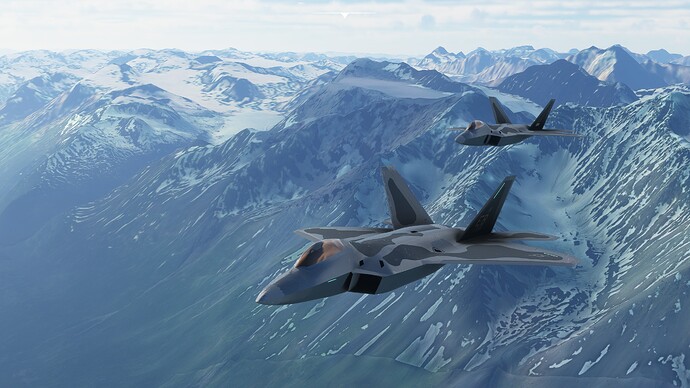 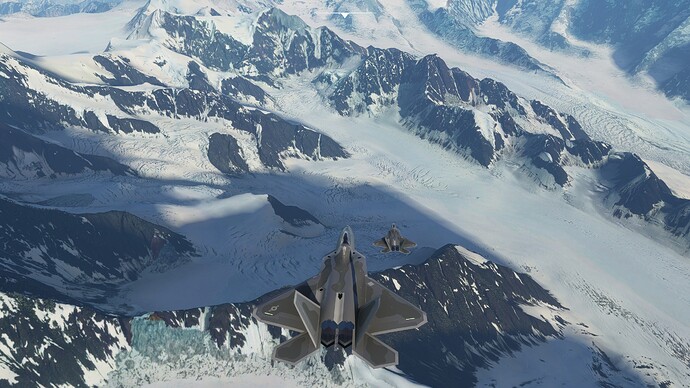 That is so cool, will definitely try it!

Fun to get a fast jet for first time.

Handles well on the ground, can control in air but not easy/accurate but that’s expected from description. Like the simple cockpit, looks good. Great animations for control surfaces and gear!

That’s my biggest gripe with where I’ve got the Flight Dynamics right now. Made a lot of changes to be able to have high alpha. I’ve been able to pull a 22 degree AoA, but had to sacrifice some things. Mainly it yaws way too much on roll. That is what I’ve been working on.

Thanks for the compliment!

Signed up for the forum/website just to say thank you for putting this out there, and for free. I wish I was able to help you, if only I knew more programming than “hello world” and a few Arduino projects (mostly copied example codes verbatim lol.) Anyway, thank you, and if you want any notifications of any bugs i find, I could help you that way? Thanks again.

Thank you! I started out with Arduino about 10-12 years ago. Moved on to app development then to C++. Keep at it and it’ll get easier. Once you know one language really well, the others are easier to learn.
Eventually I’ll enable the issues tab in Github, but the plane is still in very early stages and I’m sure the bug list is a mile long. If you see anything majorly wrong with the aircraft, feel free to post it here and I’ll try to take a look at it.
I have no intention on ever charging for the plane. I have a job that puts food on the table, and this is just a hobby to have fun with and learn. Thanks for the kind words, and happy holidays!

Does the HUD work properly in VR? Is the HUD focal distance set to infinity?

That I’m not sure of. I exported the model from Blender and the only focal distance settings in there are for cameras which doesn’t involve the game. The texture for the HUD is placed exactly on the HUD, so I think it SHOULD work just fine, but I don’t have any VR gear to test it out with. But if I’m wrong, let me know, and I’ll do some more research on how to get it working properly.

Hello, I downloaded your Jet, but it does not show up in the hangar. I enabled developer tools and I can see a message saying F22Raptor.xml Could not open file.

I see that the file is referenced in a .json file, but the xml is indeed not present in the archive. Did I do something wrong, or is a problem with the archive downloaded from github?

Hi. I just verified the latest release is working as expected.
When you add the aircraft to your Community folder, your folder structure should look like this:
Packages\Community\evanburnsdev-f22raptor
Inside that folder you should see:

I hope this helps. Let me know if you get it working. And Happy New Year!

Just tried v0.05 and it works well for me. The working HUD is fantastic and looks great in VR ! The text is a bit hard to read in daylight for me (Quest 2 with Virtual Desktop) but looks amazing at night ! Fantastic job !

I agree the white is hard to see. Was thinking about changing it to green. That’s probably the color the real aircraft uses anyways and it should show a lot better I think. Thanks for the compliment!

I think you were the one that got me into designing this. I was the one submitting flight_model changes on itch several months back. Glad to see you like it.

That’s great to hear ! So much other awesome-ness in your build as well like the engine after burner effects !

The first zip I downloaded did not contain the F22Raptor.xml file. I redownloaded it from the 0.05 release page, and there it was included. I can now see it in the game.

Glad you got it running. Enjoy!

it’s just soooo awesome, thank you for your hard work!

Very nice work, impressive modelization.
It won’t work in my installation, but very promising, I will take a close look on your project.

If you need informations of the bug here : I’m not able to take off, the aircaft is bumping on the runway and never take off.
On a moutain airport with a cliff after the runway, as soon as it was in the air, it diving, even with the stick pulled off on max. All the flights controls seem to work correctly when I place on ext camera.