The various changes to improve traffic seem limited to built in Asobo live traffic. Is it possible to get clarificaiton whether the team expect any improvements for Simconnect injected traffic like FSLTL and AIG. From quick, initial testing i’m only seeing regressions for simconnect traffic with no improvements.

My initial assessment from early testing of simconnect injected traffic:

The only thing that may have been fixed i can see is the rotating aircraft at threashold.

I thought FSLTL and AIG AI were under Asobo control near the airports? I.e. everything except the enroute segments. Going to test it now with/without FSLTL.

Asobos live traffic (i.e. if you enable real time traffic directly in the sim) uses their own internal processes for injection into the sim. Exactly how its then controlled is only known by then. Both AIG and FSLTL rely on the sim to follow plans that are provide to an aircraft - and the sim then controls it. In theory i would hope that some of the fixes would apply to both - but i’m not seeing that currently. And furthermore so far it would appear that plans given to an AI aircraft are now not being followed - they seem to follow their own path and altittude settings - not what they were given.

Just loaded into KSAN, vanilla sim, real-time online traffic. Noticed that there was an airliner immediately taking off, and another one parking at the gate. That’s new. Before it took a while before getting some movement.

It does work a lot better indeed.
Some minor quirks (plane using wrong taxiways and whatnot) since it’s hard for the game to 100% match in real life scenarios but it’s believable now!

Yes, traffic seems much better. I don’t feel the need to inject traffic now - I have the liveries and it seems to be applying them appropriately. I’m happy with this - the fewer external programs I have to run the better! 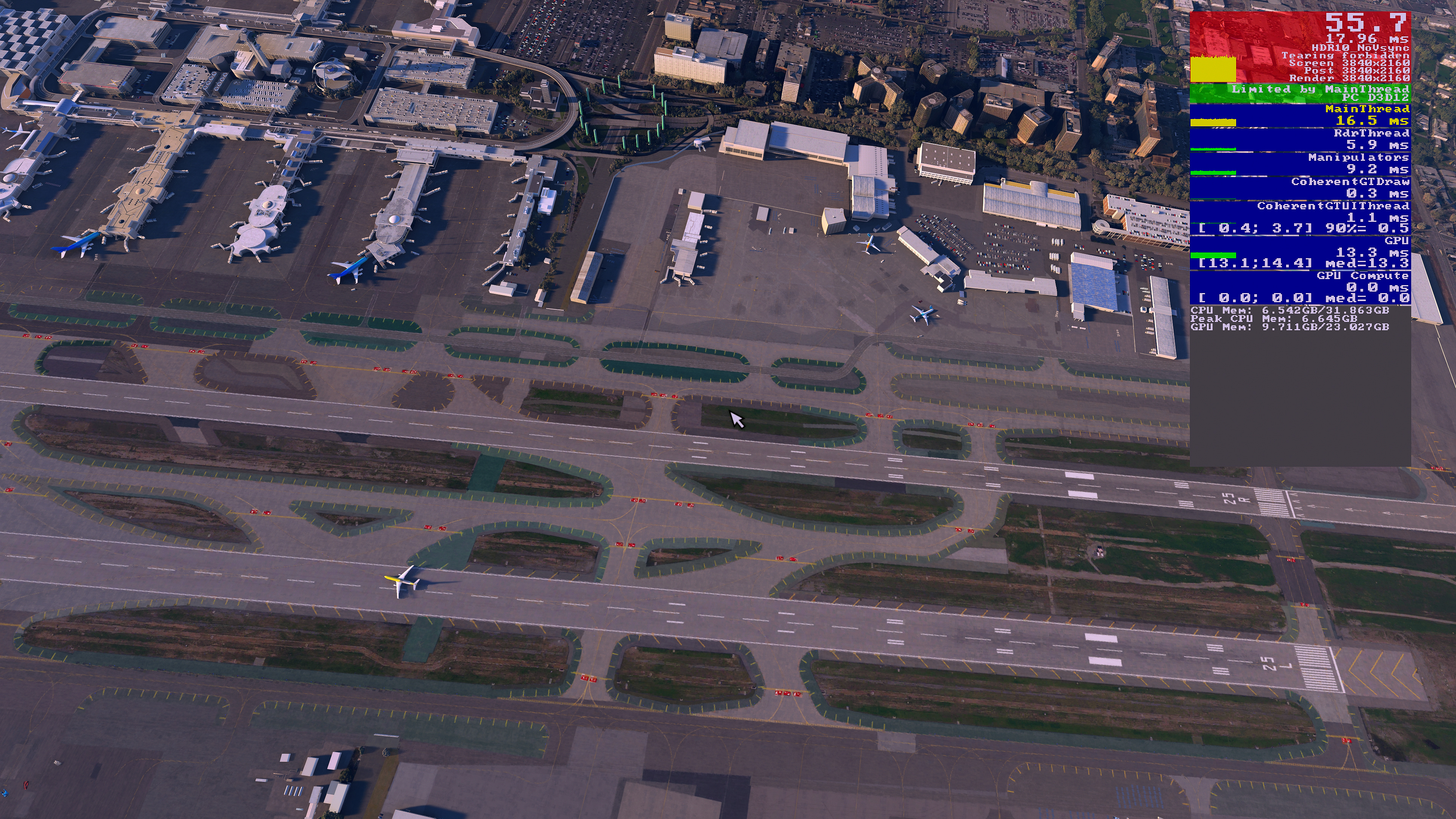 Yeah I just saw one too at OMDB take the first exit.

Are they moving faster and actually exiting promptly? The release notes didn’t specifically have a line item saying that was part of the beta, but they hinted it would be fixed in earlier communications.

I haven’t seen a ton of improvement there, which causes large backups and go-arounds. They do tend to take exits a little earlier, but they still go like 2 knots.

Traffic taking off also takes way too long to go, as they also go about 2 knots on the runway until the landing markers.

I’d say about 80 to 90 percent of incoming traffic went around at KDCA as I was watching.

So I have live traffic enabled but not seeing any traffic at all. Took off from KMIA. South Florida is usually really busy. Not a single plane. When and tried KSAN. Not a plane anywhere in the sky. Nothing showing up on my world map either. Using default ATC instead of Pilot2ATC like I normally do. Not a peep on the radios.

As expected they missed the massive elephant in the room and did nothing to fix the runway taxi speed.

It’s frustrating to see that nothing was done to eliminate one of the biggest issues with the traffic system when some attention was finally put towards it.

It’s also worrying that sim connect injected traffic has been broken again just when it was starting to look somewhat convincing with FSLTL and AIGs efforts.

Hopefully whatever beta updates we get in the next few weeks will revert these regressions.

As usual Asobo, fixing something and breaking three more things. Having as a base the AI traffic of previous versions (FSX), which was not exactly good but worked better than what we have now, I don’t understand how they can’t make it work properly

I seeing plenty of traffic at KPHX. Road traffic is much improved also.

As expected they missed the massive elephant in the room and did nothing to fix the runway taxi speed.

This is really disheartening. This is probably the #1 “traffic” issue that needed to be fixed. I hope the devs get this feedback from the forum and get this in a beta update soon.

Well perhaps it’s possible they fix the taxi speed in the beta. At KLAX there were certainly a more natural flow, fewer go-arounds, and in general the AI were quicker to vacate after landing. Also - as AI now can start anywhere, there was not a huge line towards the active runways. I’ve yet to see any AI spinning around on taxiways - it’s almost too good to be true if that’s a thing of the past.

And that’s the root of pretty much all airport traffic issues. That and not vacating the runway at the first available exit. Fix those 2 things and the majority of problems go away. Or at least they no longer have the compounding effect they do now.

I’ve found some airports just by design are better for aircraft leaving the runway quickly because they end up near a turnoff by the time they decelerate to taxi speed.

Some are horrible either due to the poor airport taxiway definitions (scenery issue) and made worse by the unrealistic landing rolls of the default aircraft. See YSSY for example where one runway doesn’t seem to have any usable (by AI) turn-offs until around half way.

I found the FSLTL aircaft generally have a much longer landing roll and somehow end up near taxiway entries more often avoiding the long drawn out crawl down the runway.

I’m not sure why, maybe a coincidence, but with Live Weather, there are no clouds
I tried on many different countries, all over the world.

Yeap same here. Gates filling up nicely too with live traffic. And lots of air traffic. I only use FSLTL base aircraft