[UIMOD] I want to introduce my mods to you

thanks this is almost perfect now! i hope you will still find a way that the white line at waypoints/POIs disappears faster. 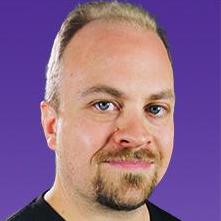 A mode for removing the "handle" on the toolbar in MSFS UI when the mouse moves. - kaosfere/msfs-toolbar-nohandle

Edit: Problem solved, downloaded new Version and then it worked.

Working fine with this mod. I have latest version without JS

Nice, i did not know that there was a new version, thx a lot.

Just pushed an update v2.1 of mine which is compatible with the new hiddenui mod of yours.
Thanks for your help!

Hey everyone, since I was so annoyed by the default nameplates in the game, I tweaked them a little and made a tiny package if you like to try it out yourself. The target was to make the nameplates less obstructive but still contain all the data. What I changed: Reduced the size to about a half Font is changed to a more readable one Removed useless margins No more dark background square (except for original and v2 version) A thin white shine around the text makes it readable at night v2 ve…

Hi! I downloaded your UIMOD after seeing it on twotonemurphy. I moved all of the uimod folders into my community directory and they do appear in my Content Manager. I turned on all of the poi switches and the nametags. When flying, all of these show up. When I press the backspace key, they do NOT turn off. Any suggestions to get them to turn off would be appreciated!!! Thanks, and this looks like it will be a really hepful mod!!! – John

Can you show content of Community folder (which mod you installed)?

Note: the backspace key does not appear assigned to anything in my keyboard controls.

can you write me in discord? You can find link at github page

After updating to today’s patch I can confirm that this UIMOD breaks the VFR map. I tested this by removing all my mods and adding them back slowly to determine that it’s this mod that’s breaking it. Anyone else can confirm the same?

Please wait before i update.

I want you to know that your mod has caused an issue within my sim. First, the only mods in are yours. Secondly, I have put them in service and taken them out several times to repeat the issue. Each time it has been the same. When your mods are included within the community folder they work as stated BUT my vfr map does not work. It does not update nor receive any focus when clicked on. When I take out your mods it works fine.
I like your mods BUT I also use the VFR MAP regularly.
FYI…