Now about every 5-10 minutes, Track IR shuts off. Have to go to Camera settings and turn it back on.

And now we’re stuck with this bug until the next sim update in February. YAY!

Worse is that they knew about this bug before launch since it’s in the known issues of the patch notes. But of course, it’s not considered important…

They’ve been releasing hotfixes and patches in between Sim Updates, so I don’t think there’s any reason they wouldn’t patch this as soon as they have a fix.

Who still uses trackir anymore? Why would Asobo care about trackir? VR is the way to go

Never have they released a hotfix that wasn’t due to a major bug that got huge community outcry. Bugs that they would have happily ignored till the next update had it not been for the flood of ■■■■ they received for it.

I hope I’m proven wrong, but I highly doubt they’ll issue a hotfix for such a minor issue that affects a very small percentage of users.

VR is the way to go

Not everyone has or wants VR. I’m a longtime VR user. I find the MSFS experience in VR to be terrible. If it works for you, great. Enjoy.

I hate flying with a diving helmet on my head.

I tried VR and it looks terrible in MSFS.

I still have to test this out for myself. I’m still updating…

I do and many others still do. And Asobo obviously do care otherwise they wouldn’t have supported it. Why do you care so much about people using TrackIR? Fly away troll.

To everyone else: it’s an annoying issue but there is a workaround. There’s an command you can assign called toggle head tracking, assign it to your joystick, throttle or just a keyboard command and when the Tracking stops you can just hit that and enable it again. Annoying but until Asobo sorts it out its the best way to ‘fix’ the problem.

Great quality control at any rate. Seven Sim Updates in and every single one breaks a few important and VERY obvious things (you know … like being able to click and drag the world map, which simply can’t be missed!). Every single update! Without fail! Gotta admire the consistency and the “Ah hell, let’s release it as is anyway” gung ho attitude.

Lol I think they dumped Track IR in favour of tobii which incidentally works brilliantly!

That’s what I’m thinking as well. It will be annoying, but not game breaking and I can wait until SU8. Assuming of course they fix it in SU8.

And VR evangelists are the gaming equivalent of preachy vegans. 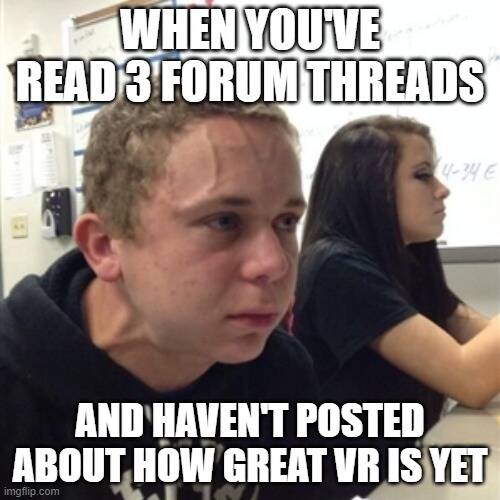 No, I love my trackIR. I sold my reverb g2… Vr just is a letdown to me.

These are updates are so infuriating!

I am absolutely fed up stuff getting broke with almost every update… Why release it when it obviously is not ready for prime time!

Losing the mouse scrolling ability on world map is unforgivable

Well, if you plug in an XBox controller you can still control the world map with that. Go figure … (and I’m not one of the “XBox will kill the PC version” folks. Makes you think, though …

Apparently resetting your mouse control profile fixes this. I’ve yet to try it myself, so I can’t confirm.