Recently, I have tried figuring out why I all of a sudden have a very odd looking extra drive in the Optimize Drives list when running the built-in defragmentation tool in Windows 10.

And what do you know - after hours of troubleshooting it turned out being caused by MSFS! Wouldn’t have guessed in a million years unless I had spotted it by chance.

Anyone else seen this before? It's just seen in the Optimize Drives screen, not elsewhere as seen when checking out Disk Management for example

I have this too, even after restarting this morning. There is a single drive in there.

From what I have read they are that xbox saves its games that you enroll in from the xbox pass as virtual drives and each game you download will have a seperate drive. Not a great probleem exzcept that it can mess up where your disk numbering system adds a new drive number for you when you for example add add a USB drive. I ran into this when I was doing a transfer of my windows to a new ssd using ACRONIS. Had me quite worried for a while.

Thanks for the input guys and confirming it’s not just here.

And thanks for the explanation @DeftestSundew71 even when I find it a bit weird why you would need to create fake/virtual drives to handle saved games. Never heard of that one before. Which I guess might be because I never used any titles before based on XBox.

Assuming, you have an SSD (Because you are playing FS2020)
DO NOT defragment SSD drives!

They have limited read/write operations and wear out unnecessarily when defragmenting. Also, it does not improve performance with SSDs.

In case you know or you have a HDD, maybe someone else will be happy about the hint.

Well aware of that but thanks anyway and like you say, maybe someone else will be helped

I noticed that too and a lot of times I have disks that where suprise removed (reported by the windows Event Viewer) recently. btw. I don`t have a physical drive 4 and this is not an USB flash Drive etc.

my only games that I bought at the WIndows Store are Minecraft and Flight Simulator 2020. 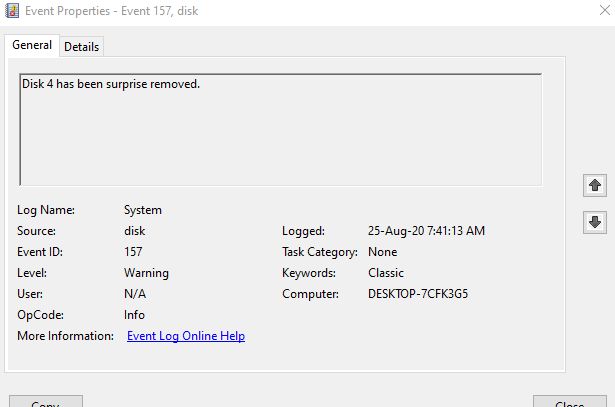 You can even find in the device manager at “disk drives” sometimes those Virtual Drives that are created XVD (Xbox Virtual Disk).
If you can`t see them, click on view-> show hidden devices 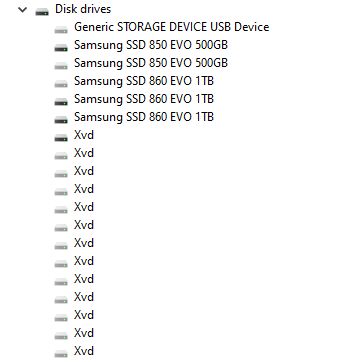 I`ll already tried to delete this gaming service app and i was successful doing so, but Flight SImulator will ask you to install it again when starting or you cant play.

Thanks @Taragashi for all this info!

Apparently, this is what to expect and the new “normal” when using MS gaming titles.

From a reply of mine on another thread:

Unfortunately, after completely trashing my system yesterday, I figured out why we will be unable to access the core game files at all. MFS uses the MSIXVC encrypted game format. This means that the game itself it actually installed in the MSIXVC folder as a single file game image with a GUID filename. The “files” you see in the full folder are actually not really there: the game image is mounted to the filesystem via the game services driver, and only readable by the OS. This appears to have …

I guess that still makes sense in a way.

Not a super big deal IMO now that I (we) know the reason behind these weird looking volumes.

Yep, got it too. Hum, I wonder who is watching us.