Wow, amazing update! The ROL mode update was a huge want for me.

The NXi is one of the most polished and amazing features of MSFS. I can’t wait to see WT’s next contributions to the sim. Will they be available as Marketplace updates as well?

I don’t think it’s what you did!

Anyway, we can all contribute as testers and provid bug reports with steps if anything is found.

Love the WT NXI. After installing 0.11.0 today, I had perfect visual approaches to KSTS, KSFO, KOAK, KAPC, and O69. My ILS 32 approach to KSTS runway 32 was not aligned with the runway after being perfect in all previous versions of the NXI, so I flew into KSTS ILS 32 again using a simple plan to get screencaps: 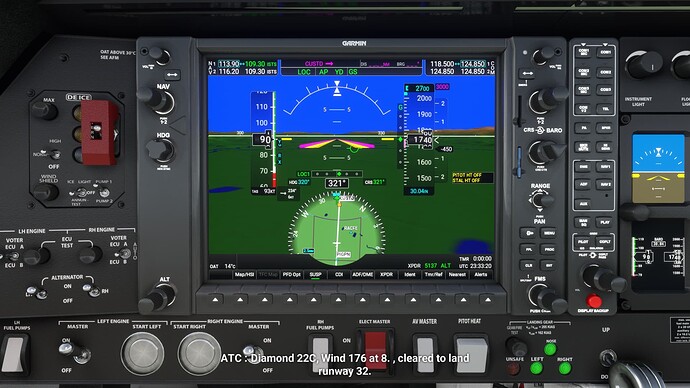 The DA62X is about 100 feet off-center runway at 340 feet (210 feet AGL). According to the magenta FD and the green target, the NXI thinks the aircraft is where it should be, but the green diamond above the current heading 324:indicates the aircraft is to the left of the glideslope: 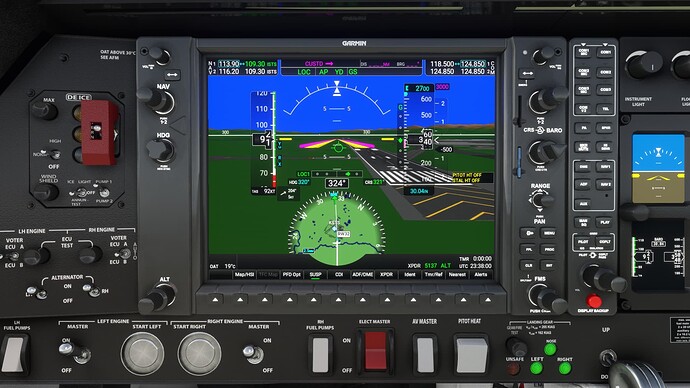 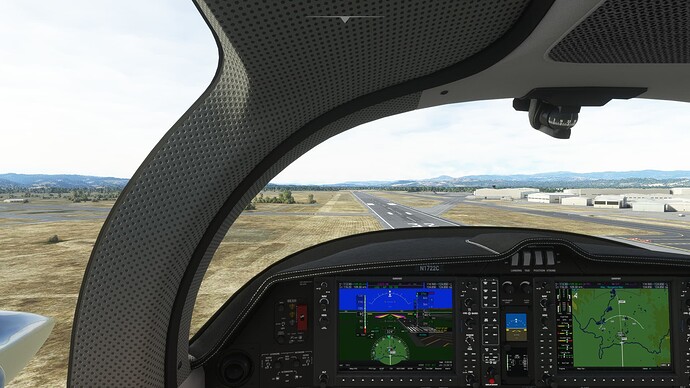 No changes in my setup between yesterday when ILS 32 aligned with the runway and today except for installing NXI 0.11.0.

I also noticed that. Timer works on background but not shown on screen (always shows Tmr 0:00:00). I always use timer to evaluate my flight duration. Hope they fix it.

OK sorry. I removed it.

I can confirm that after deleting all content in the community folder everything is back to normal. Unfortunatelly I cannot say which addon caused the QNH setting to stuck.

It was mine, already updated.
But not allowed to write about it here …
@Flightsimmer845

You can start your own thread about your mod in #third-party-addon-discussion:tools-utilities and point users to that.

Many thanks to the WT team and Asobo for continuing to update/upgrade this fabulous unit. Everything seems to be working well for me with the recent update. One thing I haven’t been able to figure out, is when I choose departure and destination airport, then a STRAIGHT visual approach, it produces an approach that requires 2 loops, backwards and forwards, in order to line up with the FAF. Whereas, if I delete that flight plan and choose a ‘direct to’ the destination airport, I get a nice, much shorter, straight in vector to the FAF. Can anyone here enlighten me as the the reasons for this? This behaviour was apparent in prior versions also and I don’t know whether this is by design, etc.

fuzzione1, is the destination airport is in the list of en-route waypoints? I get loops in the plan when it is.

It is described here that the Garmin 1000 NXI by design will under certain conditions automatically add the destination airport is in the list of en-route waypoints:

This is correct behavior accurate to the real unit. Under certain conditions, such as selecting an approach in the air where you were, the Garmins will place the airport waypoint before the approach. This maintains your current GPS routing if you were on the last leg and doesn’t cause the plane to unexpectedly swing towards the IAF, which could be dangerous in the wrong area (could unexpectedly turn you into terrain).

It is up to the pilot to sequence this properly. Most pilots will simply activate the approach when they are ready as opposed to deleting the airport fix.

Is there a way to get the RoadData to work with the G1000 NXi?

Thx for your response Aviator. Will attempt further testing with the criteria you identified. Incidentally, I don’t believe I have ever seen the destination airport as an en-route waypoint on the flights I’ve thus far selected. I also wonder if it may have something to do with using the Asobo flight planner to select departure/arrival airport vs. populating the fms from scratch. Will play around with this a little more.

I refuse to let the fact that as of yesterday my plane is directed by ILS to land 100’ to the left of the runway center be a problem for me.

I am switching from ILS to RNAV for all my IFR approaches.

I tried KSTS ILS32 in the DX62 (Improvement mod installed) and the latest NXi. I saw the same thing. One interesting note from the screen capture. I had the CDI set to the LOC needle, and you can see it clearly is indicating I’m left of the LOC path, but it’s not correcting. I’m not sure if that points to an NXi bug or a sim bug. Or a plane bug? It was also recently updated. @MrTommymxr any thoughts?

I’m using Navigraph. And from all appearances I think the nav data is correct. The ILS feather on LittleNavMap also indicates the ILS is lined up properly with the runway so nav data should be fine. Maybe I’ll ask on the Working Title Discord channel. 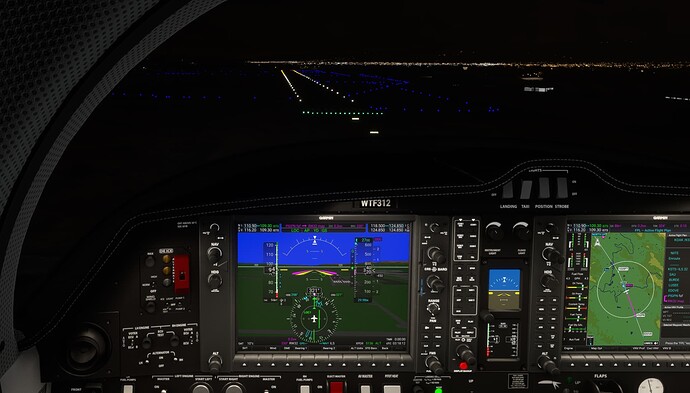 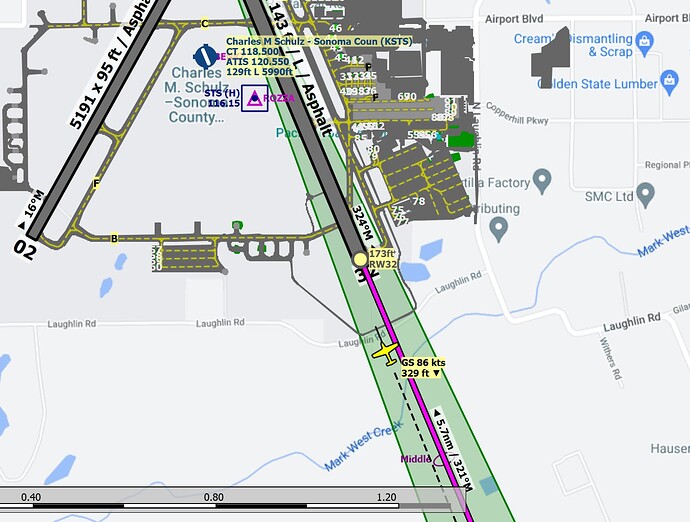 Thank you, your CDI LOC needle screencap confirms the green diamond in the horizontal deviation indicator above the current 324 heading in my 2nd screencap.

I fly into KSTS every day on ILS 32 in the sim. I can confirm that it was working after installing DA62X v0.7 on March 12 until March 18 when I installed WT NXI, so that leaves either a change in the underlying sim or the WT NXI that is causing this issue.

Repeat the approach with a non-NXi equipped plane. That will tell you where the fault lies.