[ADVISE] Reinstall your .Net frameworks to fix some issues!

As a Windows 11 user I faced some issues the last weekend as an application related to my soundcard did not start anymore out of the sudden. After a short research I came across an issue related to the last Windows 11 Update KB5013943 breaking the .Net installation. As parts of MSFS seem to rely on the .Net framework I’d suggest you to do a quick reinstall of this components as explained in this video: 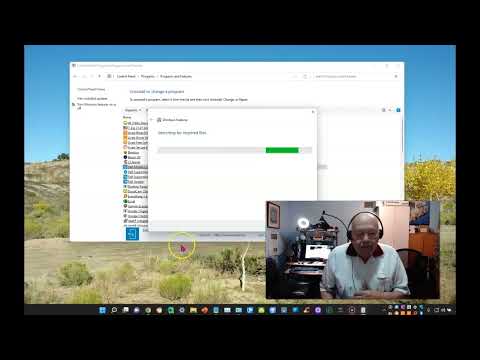 Also it seems like there are other users with Windows 10 got similar issues - so I’d also suggest if you got issues with MSFS try a .Net reinstall first and recheck (the video above is also the correct way to do so on Windows 10).

If there is an OS related issue with .Net MSFS devs might not know about it as they likely got a clean OS build without certain updates running to test MSFS locally - not every Windows update will be installed on such environments! .Net issues may also affect software coming with drivers or third party MSFS applications (AirlandFS, Toolbar Pushback and others).

In my personal case reinstalling .Net 4.8 and 3.5 fixed the performance loss over time issue

Give it a try, it won’t hurt and takes a minute + one System restart

…it did the trick for me so far

Tried this, the checkmarks were not there. Rebooted my pc and the stutters start as soon as 30 minutes in (not purely flying). I can sit at a gate for 30 minutes and it also happens.
It does only happen when I move my head around. as long as the camera doesn’t move, it stays around 36fps in VR (It also happens in pancake mode).

What are your CPU and Windows?

I have to do some further testing but after removing (almost) all mods from my community folder the induced stutter/fps drop is no longer present after half an hour of flying.

Maybe a CPU heavy mod in conjunction with the cpu heavy 737 was too much? Not sure.
Maybe SU9 broke some mod, not sure yet.

I have to do some further testing but after removing (almost) all mods from my community folder the induced stutter/fps drop is no longer present after half an hour of flying.

Did you use Toolbar Pushback? If yes that may also lead to some performance degeneration. I always deactivate it after pushback was complete

Nope I didn’t have pushback toolbar installed.
I removed a bunch of other mods but I suspect YourControls to be the culprit for now

my fps drops over time, when starting a flight it is mostly between 50 to 45 fps… after reaching cruise level and about 45 minutes flight it get down to around 30. After reaching 1:30h flight time it is around 10fps. (have to stop flying then cause i cant take it anymore).

thought i could have fixed it after reinstalling my .Net installation as advised, had 1 flight (testing it always with the same route and plane) where i could land after 2 hours having 30 fps, not droping lower and waiting for additional 3h at the destination while stil have 30fps.

After installing the new world update (Italy/Malta) the problem come back, not solveable by deleting it !

…am feed up with this

how do you reinstall netframework on Win10

In the same way as shown on the video

I can confirm this didn’t fix anything

Windows Update pushed a… well… an update to the .Net Framework a few days ago. Worth installing, since this code is important to more than just MSFS.

Also, Visual Studio 2022 released an update to 17.2.3 on 31 May. If you have this installed you may wish to update that code as well. PMDG Operations Center depends on code found in the Visual Studio software suite.

Hopefully that isn’t true they don’t test the sim on a windows PC with the latest updates as that would seem a bit stupid. Surely should test against pc’s with all the most recent updates.