Lowest possible graphics settings on an RTX3080 and this is what I get no matter what I do. Microsoft Flight Simulator 2020 Unfixable Stutters. NEED HELP - YouTube

For information, I just applied the registry key talking about NDU in this post

See my post directly above yours…there are some things to know about this registry edit and negative side effects that may happen.

And it seems to be effectiveme, I’m at almost 7h00 from flight from LSGG to TNCM, and FPS are the same as the start, stay tunned for the landing in 2h00.

get a better system or turn down your settings. dont come here complaining when people are trying to help you find solutions.

its not fake news if its been an issue to alot of other people. i for one have had this issue and removing them solved it for me. it could be 100 different reasons for FPS degradation. this is a known work around if you have those programs installed. but again what works for me and others may not work for you… its still worth a shot.

Hello guys, I’m back. I thought FPS problem was gone but no. But I may have found something that can help people on PC.

After multiple try, here is what I found. You can try to replicate and see if it’s related or not.

I’m currently doing a world tour with CJ4 gen 2 (WT mods) and Citation Longitude (FDE mods and G3000 mod). Each of my legs are between 2h and 6h.

I first started with the CJ4 with FP sync on and I was using ATC for IFR clearance. At about 2 to 3h, I could see degradation. Then, I use the CJ4 FP sync still on but with no ATC clearance. Still degradation.
My next leg was too much for the CJ4 so I use the Longitude. Obviously, sync is on and can’t be turn off. Degradation during flight but far from slide show at landing, the flight is too short.
I came back to CJ4 for next leg but I turned off FP sync. The flight was smooth from the beginning until the end (still some stutter at flare).
My last try was to try to stay inside the sim and doing 3 legs. It was :

Can people try airplane that don’t sync their flightplan with FS and ATC and see if it make a difference or not ? Sorry Xbox player, I don’t know if such airplane exist or not on Xbox but try your luck.

I have already tried this. I have spawned at EGLL took off and just went to east without flight plan. Degradation was same. Try EGLL to LKPR, degradation there’s 100%

After i updated to Windows 11, the problem was gone. Shure it could aslo just repaired my directX installation dont know (aslo part of OS), meanwhile i have better frames in all my games since the update…

A guy on a forum I’m on found this fix and it worked for me. Apparently this can cause a memory leak.

This has been around awhile, and has been proven not relevant to the problem…

For me it clearly was, but all the systems are quiet different …

and the fact that , beside of all other users that mentioned it before, it is mentioned only 5 posts before. I don’t know how many double posts we have because users not read the former posts, simple add new ones

PS: and he duplicate this picture also into different topics , instead simple link the existing forums topic

EDIT: and a note… within that other topic, I chat with one user for which the ndu issue is seemlingly not the old memory leak, but if he disable ndu he get less cpu load. So may be there is additional to the old mem-leak , where I assume that this no longer exist, a different issue - may be also caused for from some outdated network drivers.

Remove YourControls and Toolbar Pushback, solved all my problems a while ago.

Sorry for alot of us NO ADDONS installed still get it.

I second this. I have never used anything third party other than airliner liveries, and even then - I get this frame degradation using default skins on GA aircraft.

It’s quite simple to me: Memory leak within the game.
And if it doesn’t happen all the time, it means that what causes the memory leak is not “active” all the time.

Really, only Asobo can find the culprit, they have tons of debug tools for that.

In the last dev q&a they said they have a lead regarding the vfr map. Maybe try not to use that?

VFR map is worthless, I never use that either nor ATC nor …

Using which aircraft ?
I will try your leg using different aircraft and FP sync on and off.
Is motion blur on On ?

Hi at all,after about 11 flights of 2/3 hours each of test, I understood where the problem lies and I can also simulate it and solve it without problems. I made a video explaining how to do it during one of these 11 flights. It is apparently absurd but it works and also has its own “logic”. I put the link of the video and hope it works for everyone. Please report any experiences you have. The problem occurs only on long flights of about 2 or 3 hours. I use a complete home cockpit with Prosim software and the aircraft provided by them but I believe that the problem can also be solved with other aircraft. So doing a test is very easy … But follow the video which explains well in detail. Sorry for my english !
Thanks Asobo for this extra works ! Maybe you should solve these type of problem and not us…
Regards. 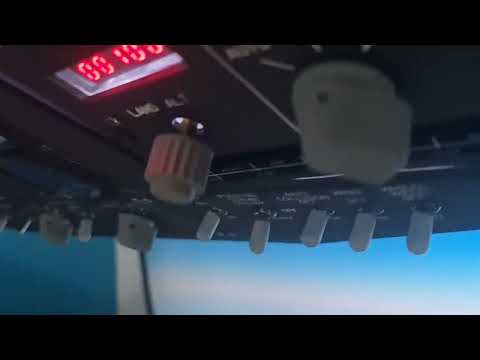 But if you use addons like A Pilots life, you would be penalized for doing that