Yeah. Well, at least we (again) got some kind of answer to the very specific question.

Bad news is that there’s no timeline and that it’s bundled into the massive weather effort. Which means there’s probably a 50/50 chance that it will actually be fixed in an upcoming release with weather changes - or just forgotten in the myriad of changes.

We tried our best and at least we drew their attention to it again. I won’t be holding my breath for it to be fixed any time soon.

All the best!
Andy 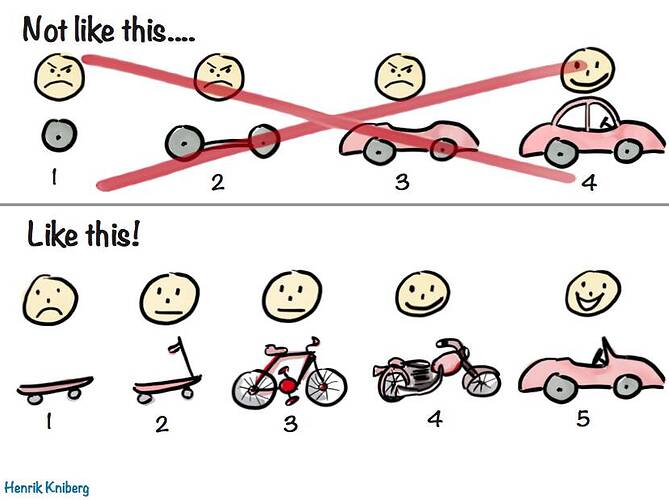 I don’t think this should have been closed as completed.

@ScalyQuasar5184 Thanks, for sure it shouldn’t be closed. Still very much an issue.

Absolutely NOT fixed. This topic must not be closed.

I have just raised this in the live chat and amazingly they have ABSOLUTELY NO IDEA this is a problem!!! “I don’t understand” was today’s response.

Disappointing to say the least!

Yes, it seems like this problem is not on the radar (at least at the top exec level).

Pilots use Cloud Layers to know if it’s safe to land at an airport while they are miles out. This becomes an issue if the sky is completely overcast but ATIS says “few clouds”

Happy to share more details. Please see my repo steps above. I would be happy with just a clear answer that they acknowledge this problem, and that it’s not related solely to Live Weather.

I made an update on my above post. After more testing today, it appears the presets work for reporting Cloud Layers.

So this does seem to be related to the Live Weather engine and being unable to accurately describe what the cloud conditions are within the sim.

I again emphasize this is not the same issue as “the weather doesn’t match what I see outside my house.” Whatever the Sim Shows, ATIS should describe those conditions.

Thank you! I know the answer wasn’t what we were hoping for today as far as clarity but I’m following up with the dev team on it and will add these further details to their bug report. Appreciate you!

puts my mind at ease a bit. I understand there are a lot of bugs and projects to keep track of.

Thanks for continuing to host great Weekly Dev Q&As. I enjoy them!

@AndyXPO @TheisSonder I opened a thread for the Q&A to hopefully get clarification following last Q&A:

When using Live Weather, the Airport’s ATIS Frequency always says “Few clouds at x, Few clouds at y, Few Clouds at z” despite the sky being rendered as overcast. Is this an acknowledged problem? Any idea when it will be fixed? This is not related to the questions on when Live Weather will match actual conditions. Just when ATIS will properly report what’s being rendered in the simulator. Bug Thread here:

Good luck. I’ve given up with this. The first time I asked, the guy on the right simply said “it’s coming” and moved on. The second time in the last Q/A, they pretended they didn’t even know about this problem, even though the above link had been sent well in advance. I asked the host to draw their attention to the forum thread - she did - and asked the question again, rephrased it and the response was “don’t understand the question”.

After that happened I rephrased the question and the moderator picked it up and repeated it word for word. The response was Oh! I didn’t know there was a problem with it

It seemed that anytime a bug was mentioned they just basically shrugged it off, and all they really wanted to do was talk up the Xbox release, and that was the only time I saw them excited and animated.

I’m an eternal optimist, and still hope that Sim Update 4 in late May will give us a great new ATC, including ATIS…

Yeah, that was depressing to watch! If you don’t know this issue exists, it means you’ve never used the sim with Live Weather and made a completely normal VFR/IFR flight… it boggles my mind.

It is clear to me that they know the problem exists. You only have to look at the reaction of the guy on the right with the long hair “oh not this question again” you can see the look on his face…

I believe they are choosing to ignore it because there is a “big weather overhaul” coming, or so they say. I think it will probably be fixed then, but that could be a year or 2 from now!

In the meantime, could they just get the ATC system to read out a metar from some provider. As a temporary measure at least.

Over the last week or so the weather in the UK has been pretty awful at times, strong gusting winds and solid unbroken cloud from a few hundred feet all the way up to around 7-8000 feet. Certainly not VFR weather. Flight Sim ATIS was reporting the usual few clouds at 800ft, few clouds at 1100ft etc. The words “few”, “broken” etc. have specific defined meanings in terms of Octas of cloud cover at specific height intervals in the real Met world.

In addition to this the wind speeds reported by ATC and experienced in-game were significantly higher than the real world METARs, it seemed as if the AI was combining the gust speed with the average speed and using the total as the reported wind speed.

I don’t expect or need the sim weather to be up to the minute exactly as I see it out the window, I just want whatever weather data they receive to be reported and used correctly in the sim, because at the moment there seems to be a disconnect between weather, ATIS and ATC. (And I won’t mention the ATC bug that sends us to the opposite take off direction for the reported wind… Oops I did)

Now I think about it most of the bugs that have long plagued this sim are to do with the AI implementation, so as Asobo are the lead developers I think they should be kicking some Blackshark a**!