This week will be the last full Development Update Blog for 2022. We will continue to bring you Marketplace Updates on December 8, 15, and 29, and the main blog will return starting January 5, 2023.

Thank you for making 2022 a great year for MSFS! Looking back on the year, we released four Sim Updates, five World Updates, the Top Gun: Maverick expansion, numerous planes in our Local Legends and Famous Flyers series, the iconic Pelican dropship from Halo, and we capped off 2022 with the free 40th Anniversary Edition update. We have many exciting things planned for MSFS in 2023, and we can’t wait to share them with you soon!

Coming up next week on Thursday, December 9 at 1800Z, we are proud to partner with the Reno Air Racing Association for a charity fundraising livestream on our Official Twitch channel. Players on all platforms and of any skill level are invited to join this group flight in the Douglas DC-3 as we fly “The Hump” over the Himalayas from India to China. Please see this forum thread for details on how you can participate.

On behalf of the team at Microsoft Flight Simulator, we wish all our players and fans a joyous and peaceful holiday season and a happy new year! We’ll see you again in 2023.

A new Development Roadmap will be available in the new year.

The Feedback Snapshot will return in the new year.

There are 30 new and 44 updated products in the Marketplace today. Marketplace updates generally go live on Thursdays between the release of this blog post and 5pm PT. 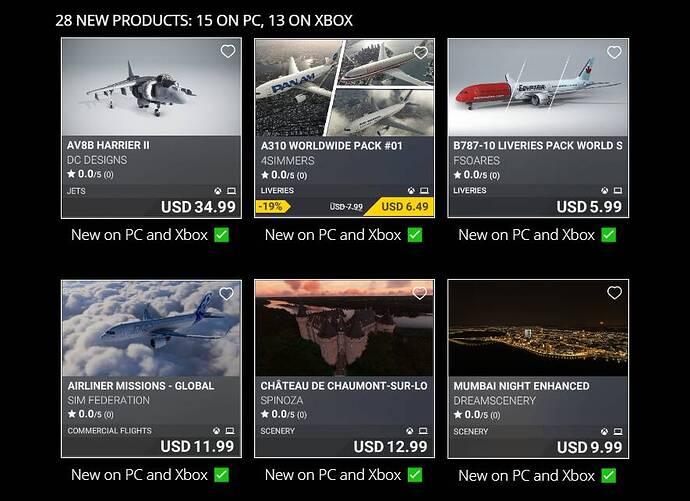 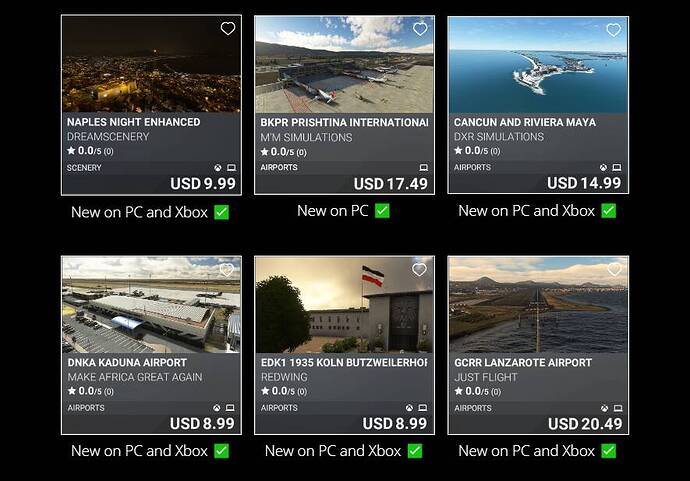 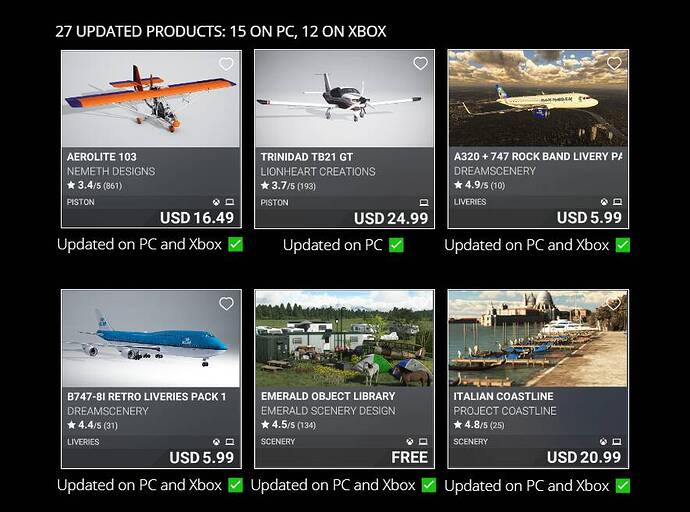 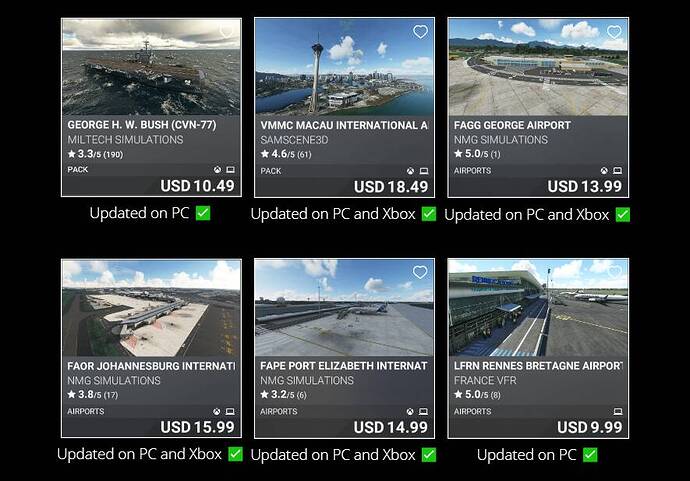 There is no Community Fly-In this week, but we do have an exciting upcoming event to prepare for!

Friday, December 9, instead of our regular Community Fly-In, we will be hosting a longer (5-6 hour) charity livestream to benefit the Reno Air Racing Association. This event will be a historical re-creation of flying over “The Hump” in World War II.

For those unfamiliar with The Hump, this was a vital supply route to deliver food, medical supplies, and military equipment by air transport over the Himalayas in the China-Burma-India (CBI) theatre of operations. Flying over The Hump was considered one of the most dangerous and challenging feats of aviation in the entire war. In its early days, accidental non-combat losses over The Hump were nearly as bad as those experienced by air crews flying combat missions over Europe.

Event details are available here. All are welcome to participate!

The Cirrus SF50 Vision Jet from developer FlightFX is now available from the in-sim Marketplace for both PC and Xbox. Sporting an ultra-modern carbon fiber airframe, a v-tail empennage, a Williams FJ33 turbofan engine, and glass cockpit avionics, it’s certainly a beautiful plane to look at both in the real world and in Microsoft Flight Simulator, but how does FlightFX’s sim version perform? YouTuber Jonathan Beckett put the Vision Jet to the test and recently posted a video review. Check it out to see some of the unique features FlightFX included when bringing the Vision Jet into the virtual world of MSFS! 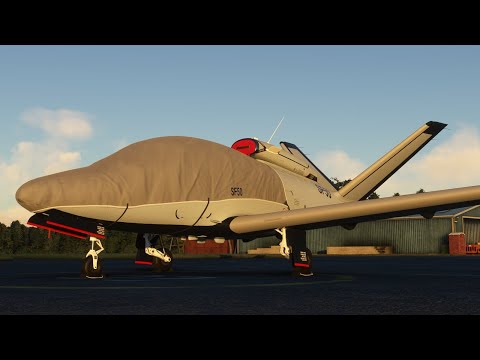 You can submit your screenshot via Twitter with #MSFSchallenge or the Weekly Forum Post! This week’s screenshot challenge: Winter Wonderland

This past week our Screenshot Challenge was “Historic Aircraft“ We will still release a Marketplace Update next week.