Later this month, our next Live Dev Q&A is scheduled for October 20th at 10:30am PT. We plan on talking more about the upcoming Reno Air Race DLC and answering top community questions. If you have specific questions about the Reno DLC, please post them here.

Have a great week! 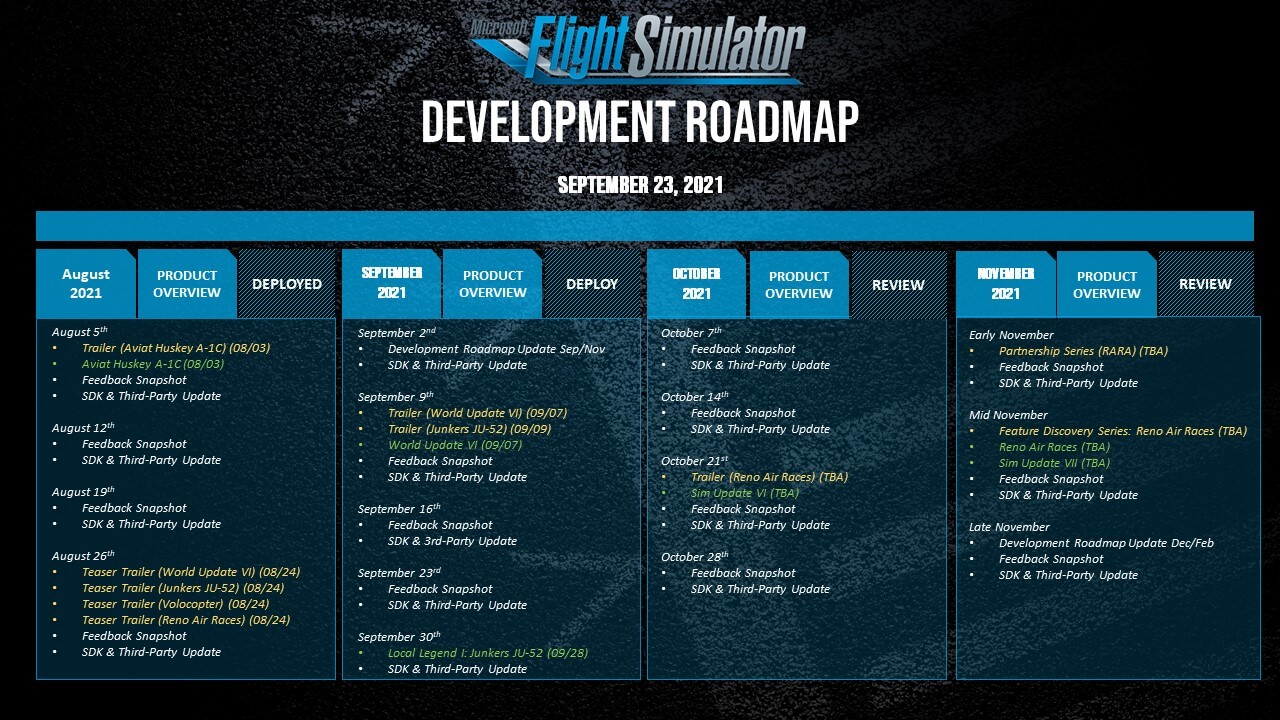 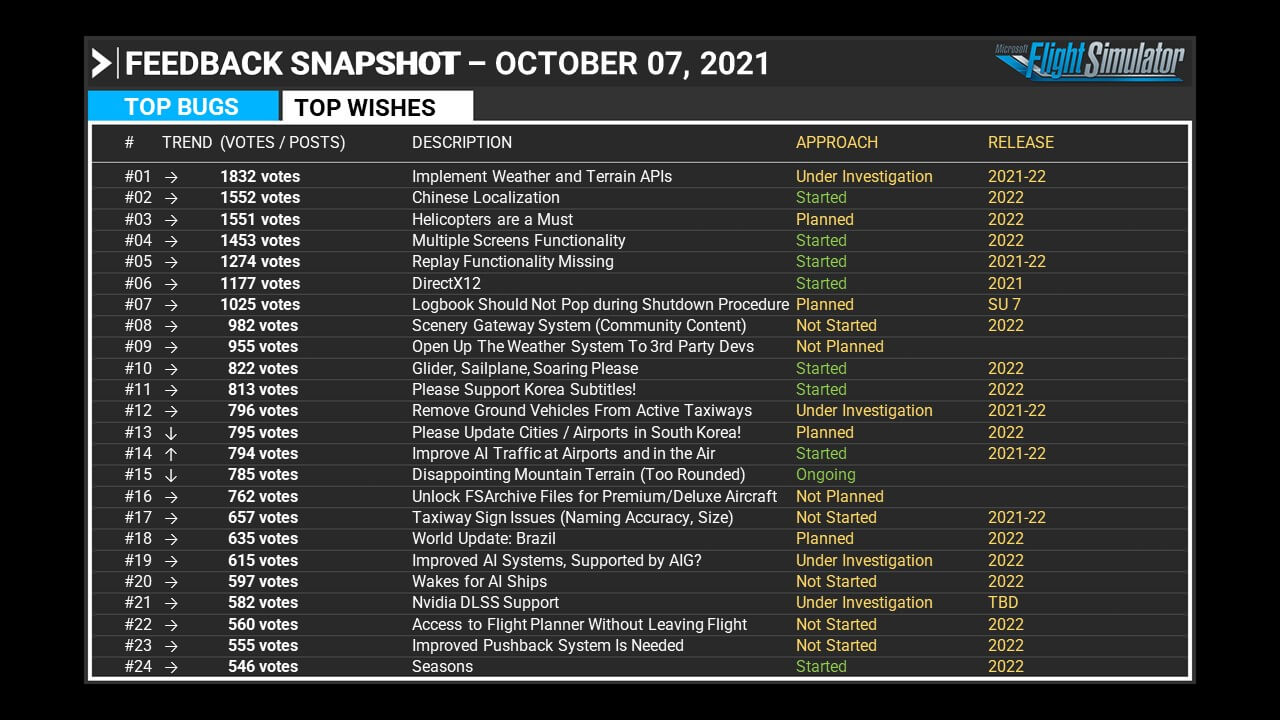 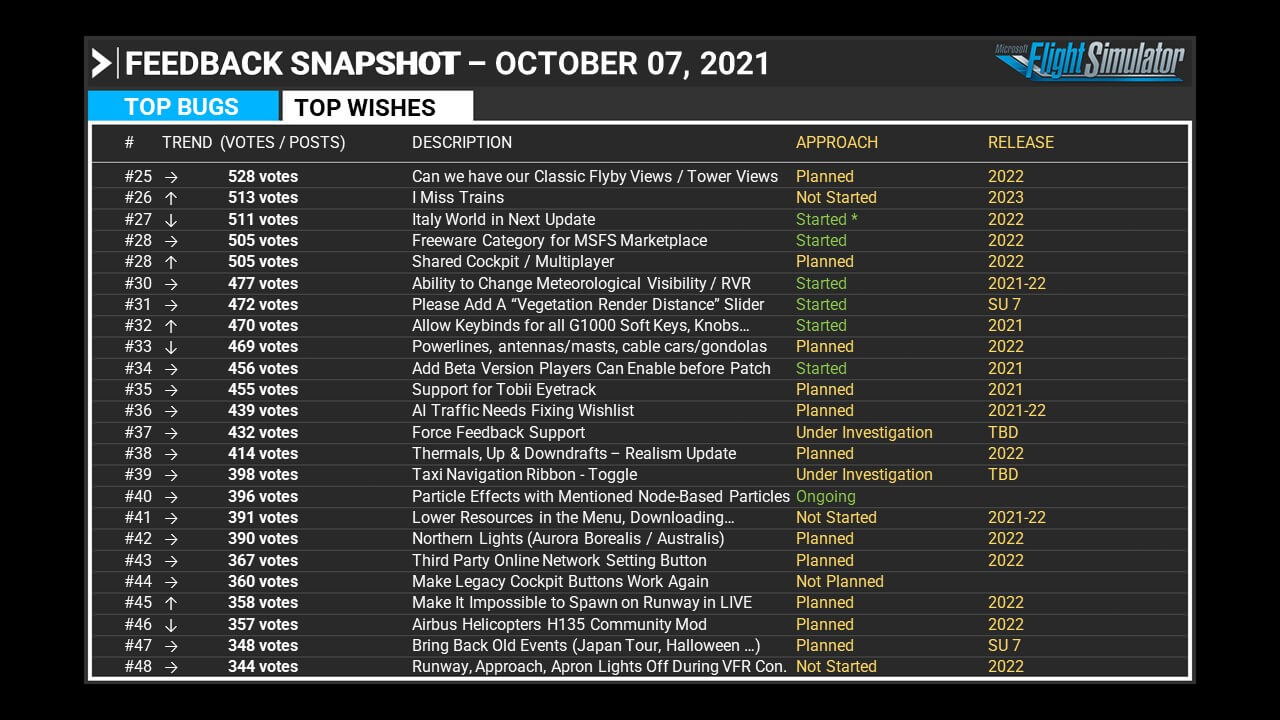 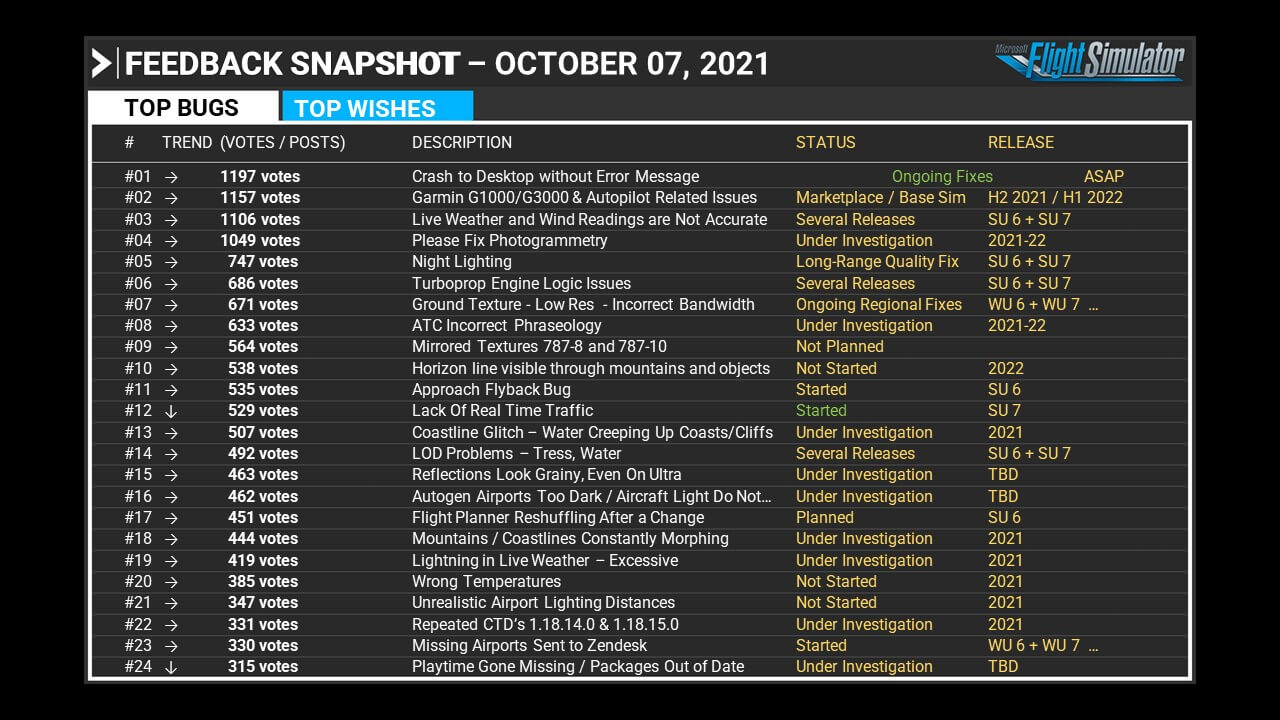 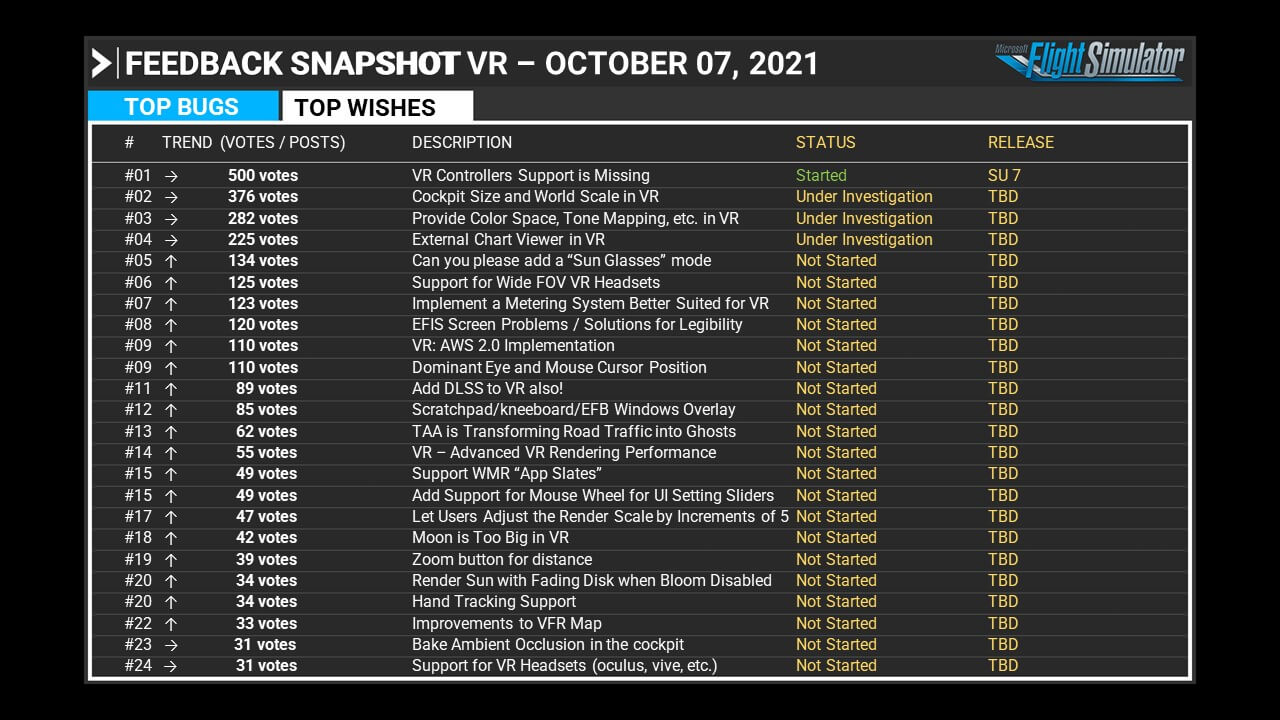 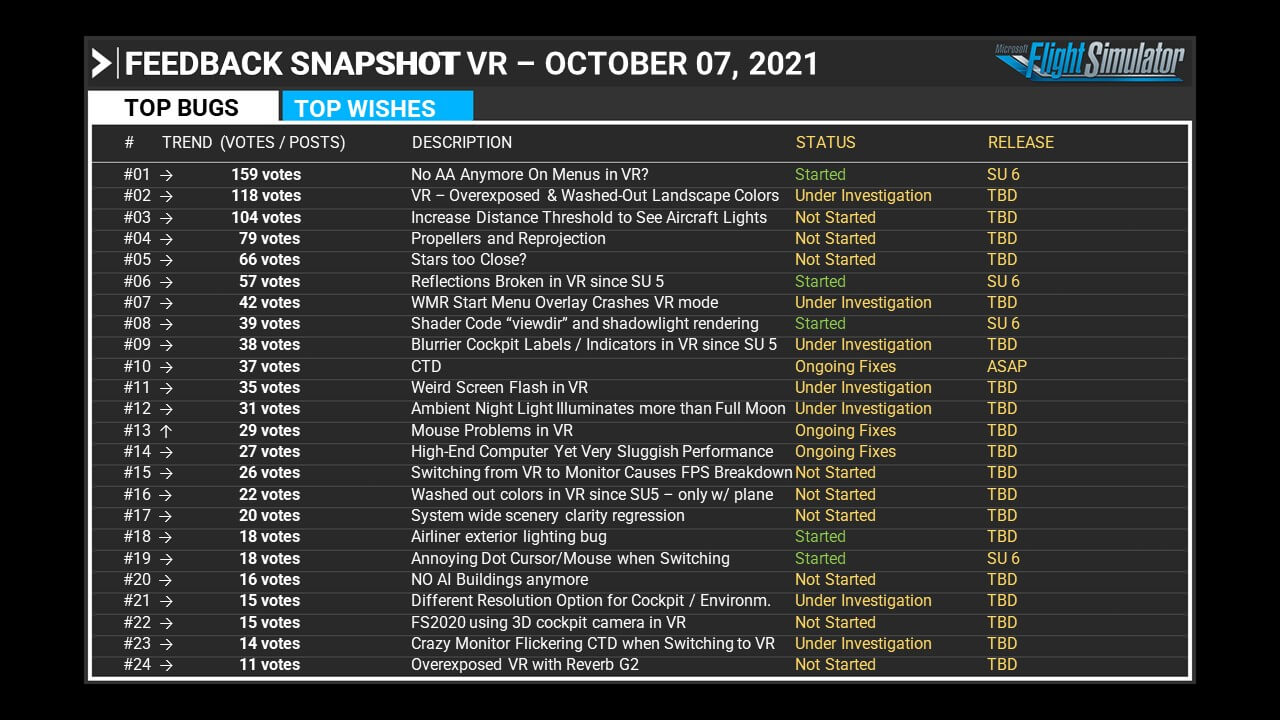 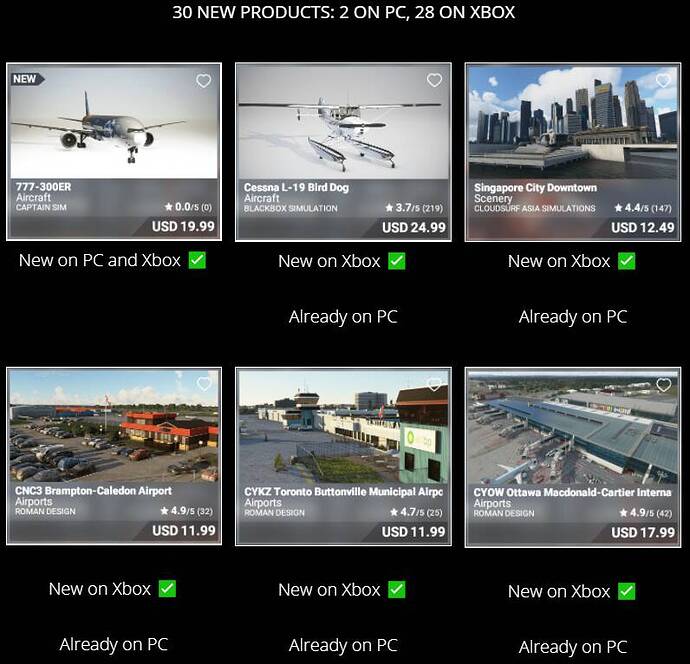 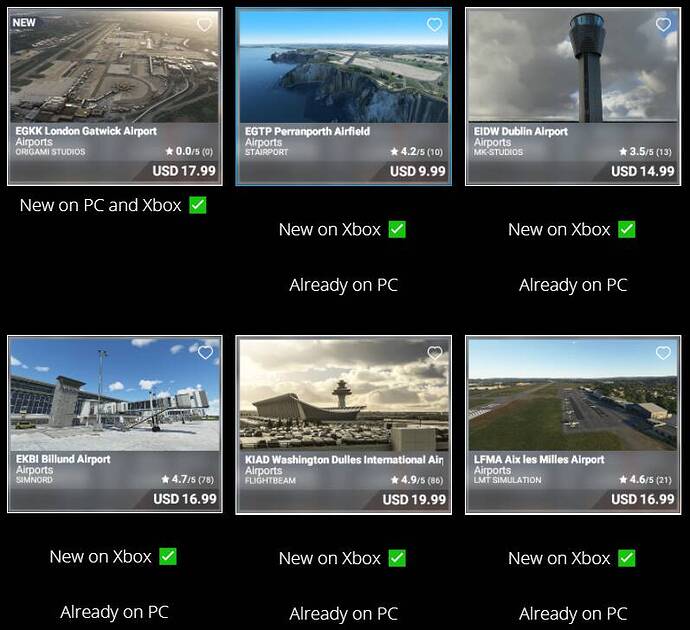 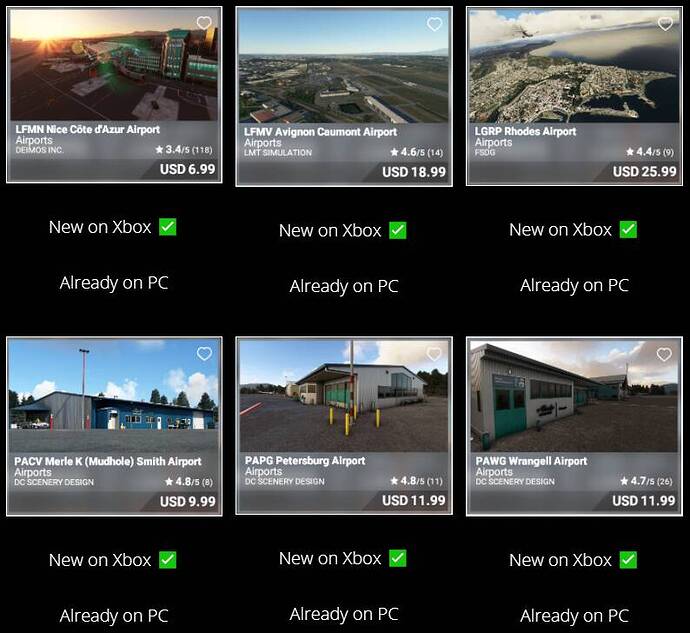 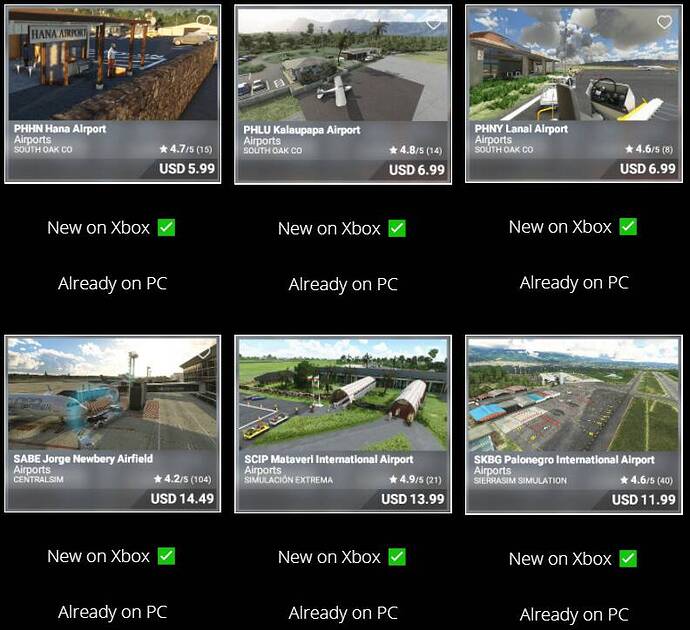 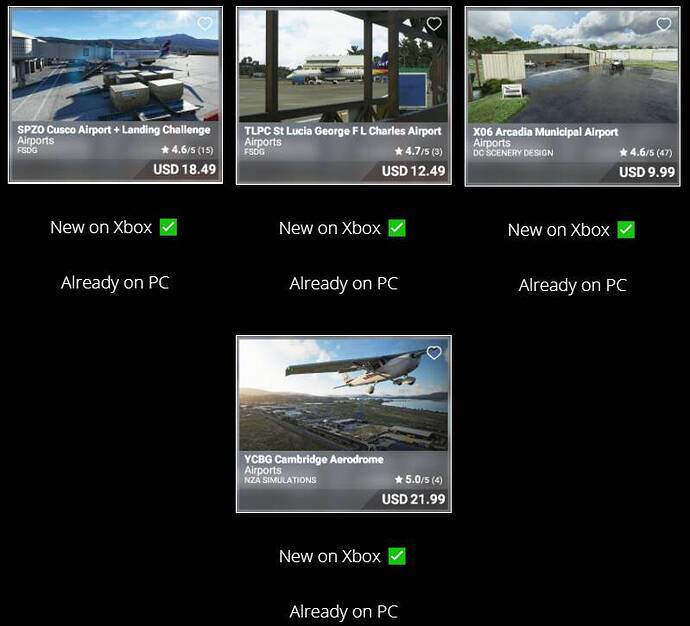 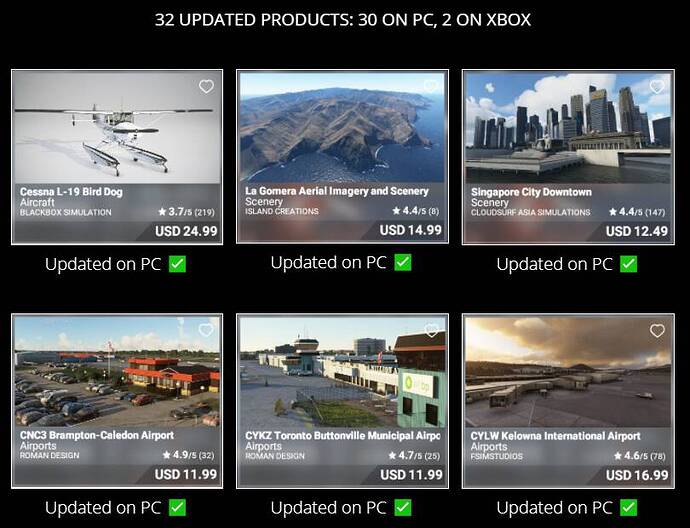 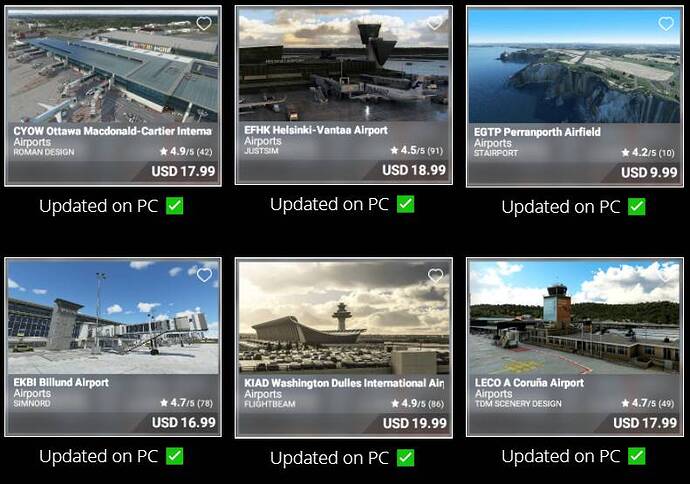 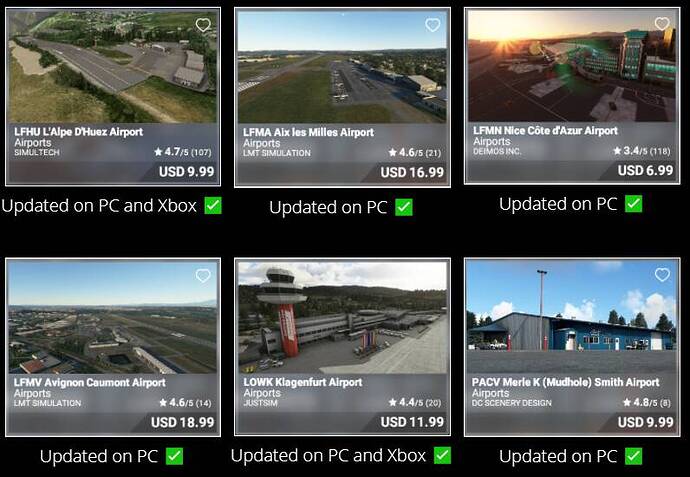 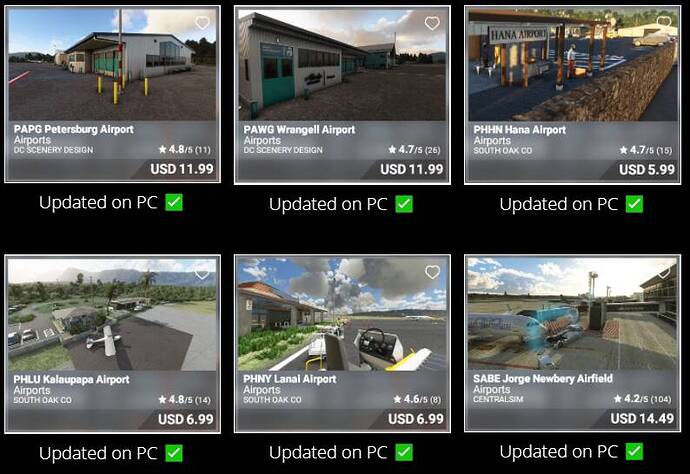 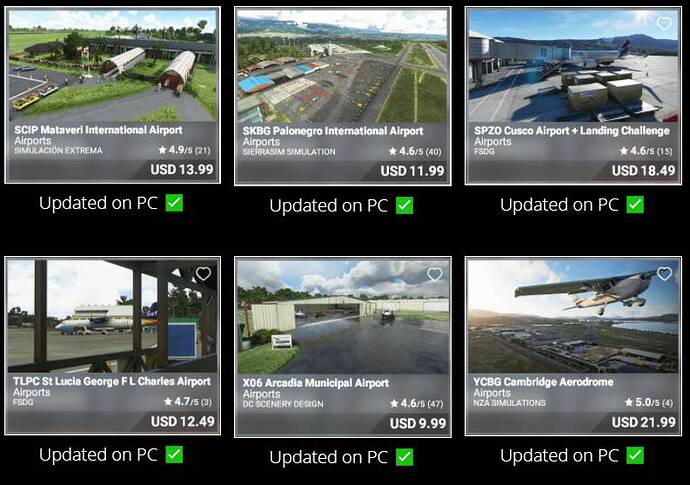 In this week’s Community Fly-In, we will tour a few of them from Bond’s home country, the United Kingdom, to celebrate the new James Bond film and our recent screenshot challenge, Not Time to Fly. Click here for details. Everyone is welcome to fly along!

YouTuber British Avgeek showcases two beautiful mods in this video: the PMDG DC-6 and Aerosoft’s Antarctica Vol. 1 scenery addon. Enjoy the spectacular views as British Avgeek touches down at one of the most remote, inhospitable, and magnificently desolate areas of the world. 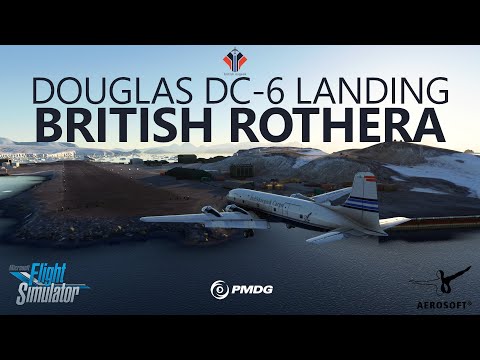 For over 90 years, the Royal Flying Doctor Service has provided aeromedical service to people living in remote areas of the Australian Outback. Now you can fly the Beechcraft Baron, Cessna CJ4, and TBM 930 in Microsoft Flight Simulator using the livery of the RFDS at no charge compliments of Impulse Simulations. Note that a free Orbx Direct account is required for this download.

A current collection of RFDS Liveries made to raise awareness for what the Royal Flying Doctor Service do. 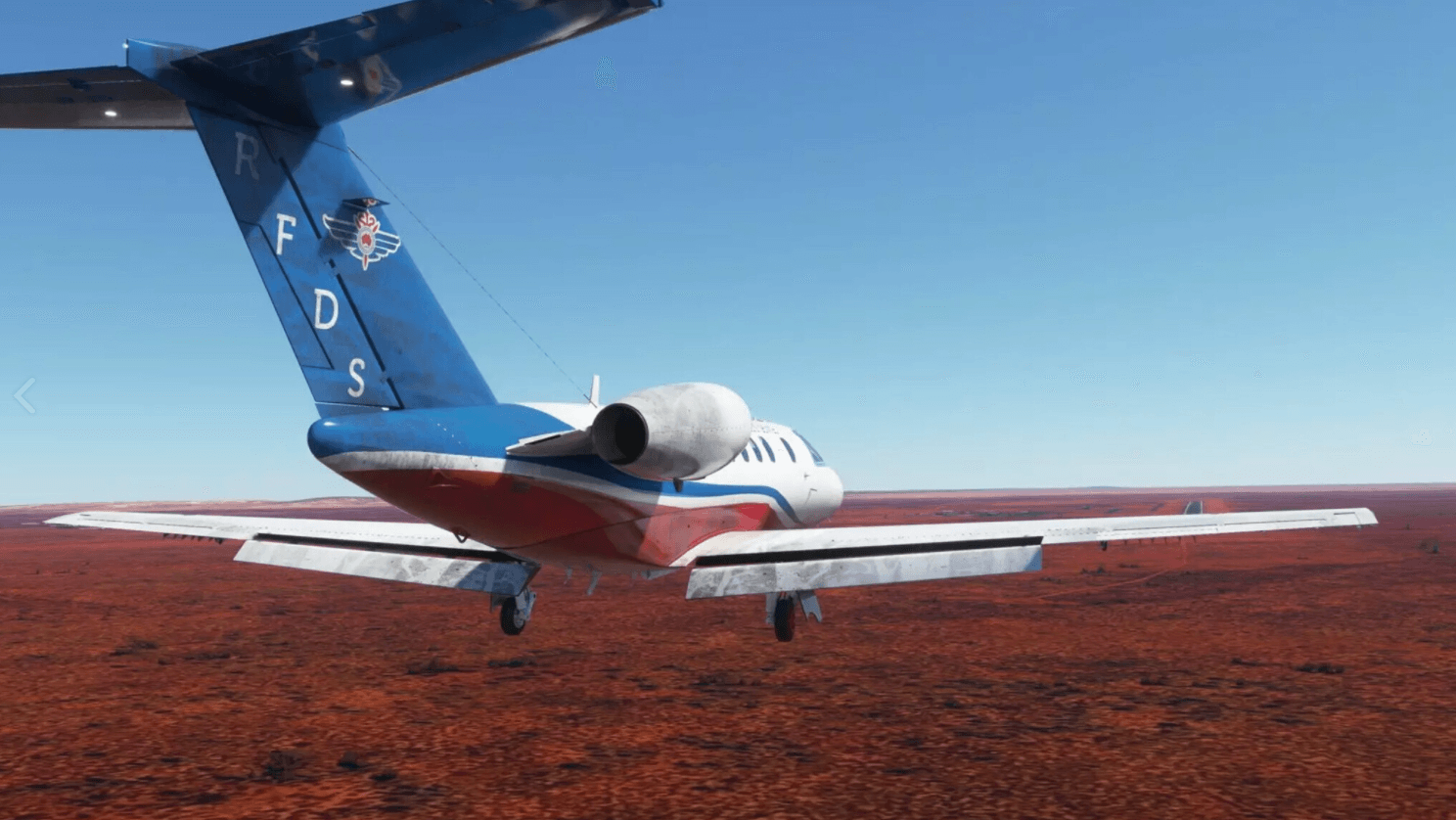 This past week our Screenshot Challenge was No Time to Fly. Here are our runner ups this week: 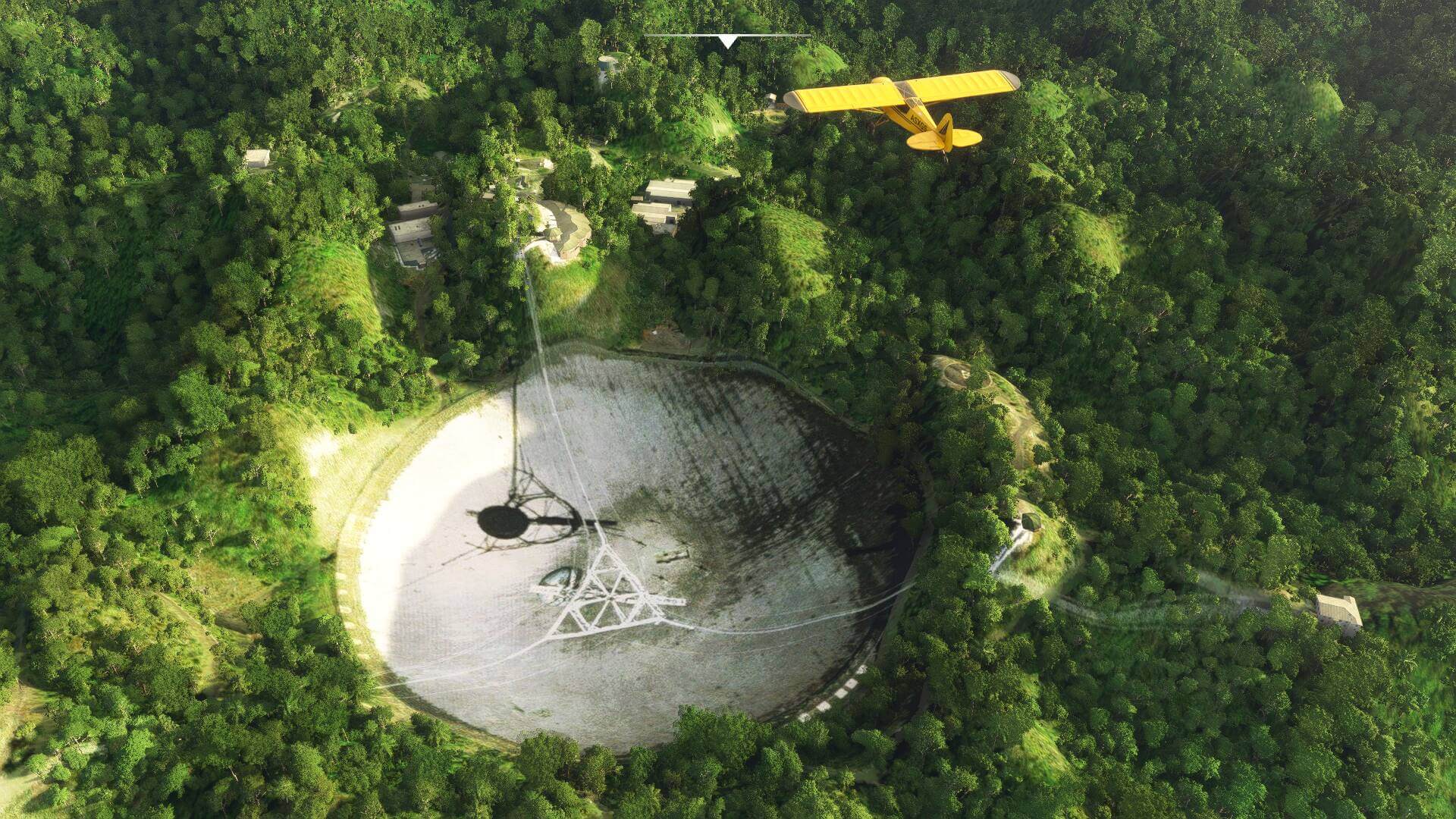 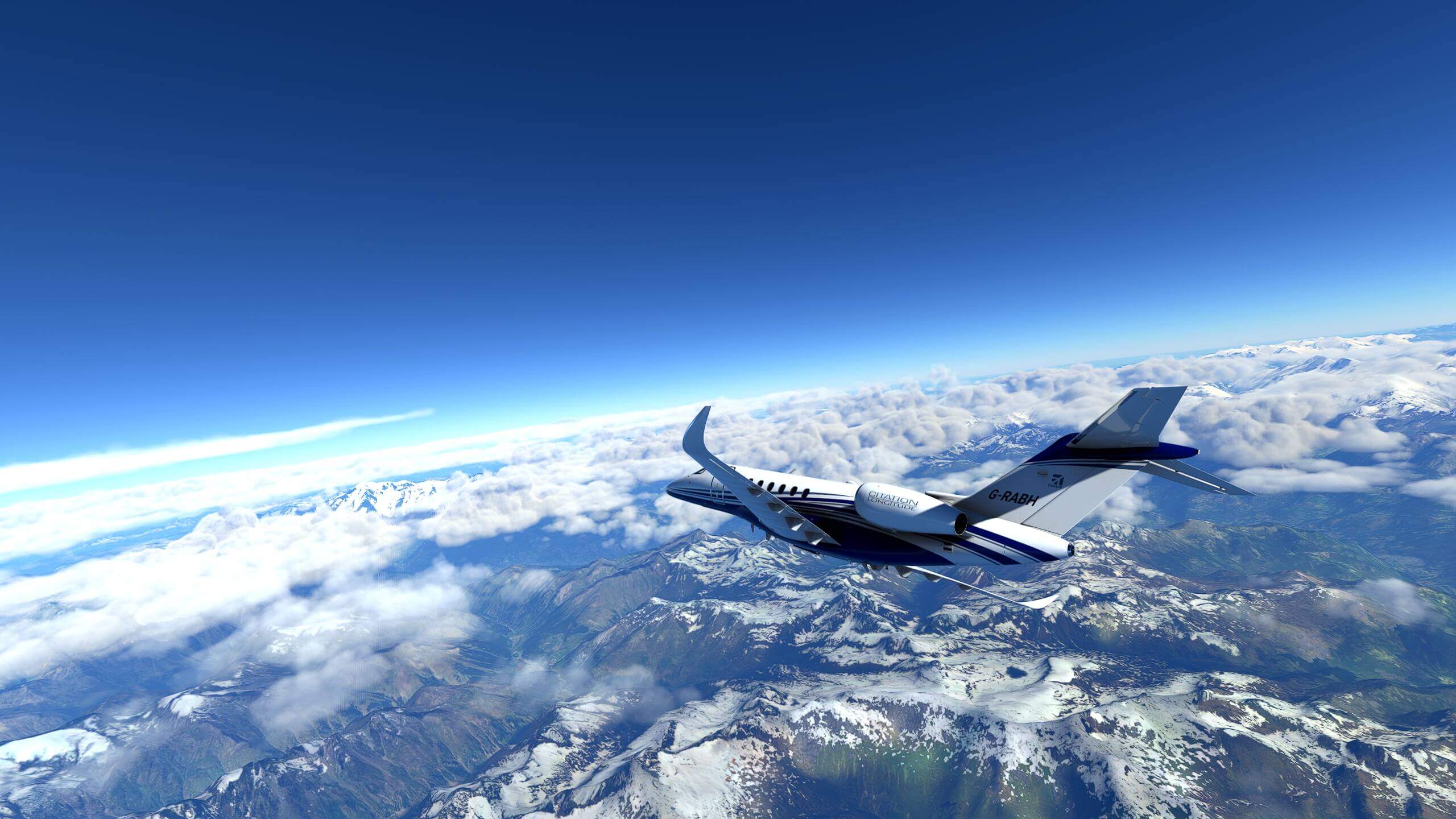 Screenshot by BigrabH80 - The Alps 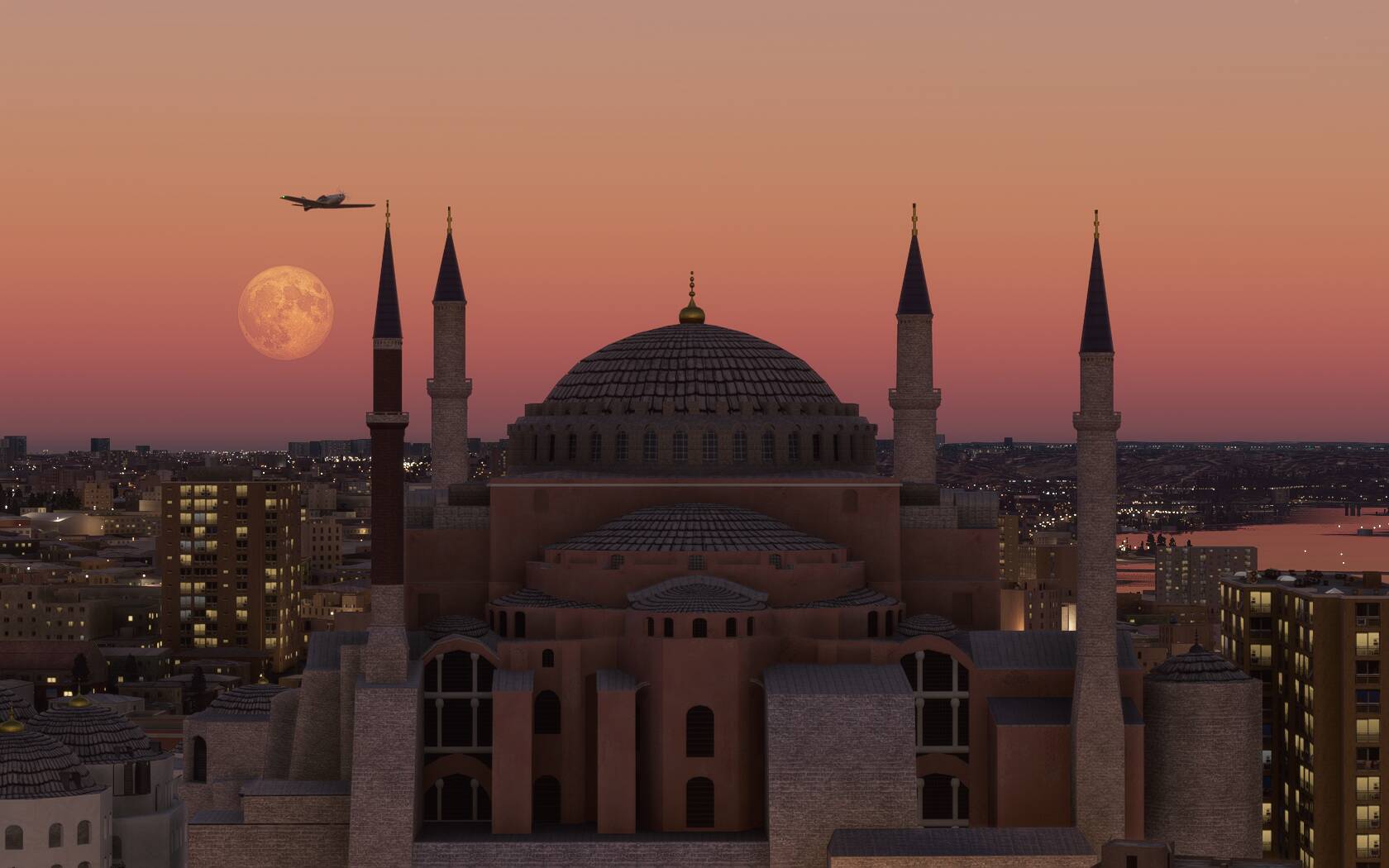 Screenshot by canuck695 - Istanbul from From Russia With Love 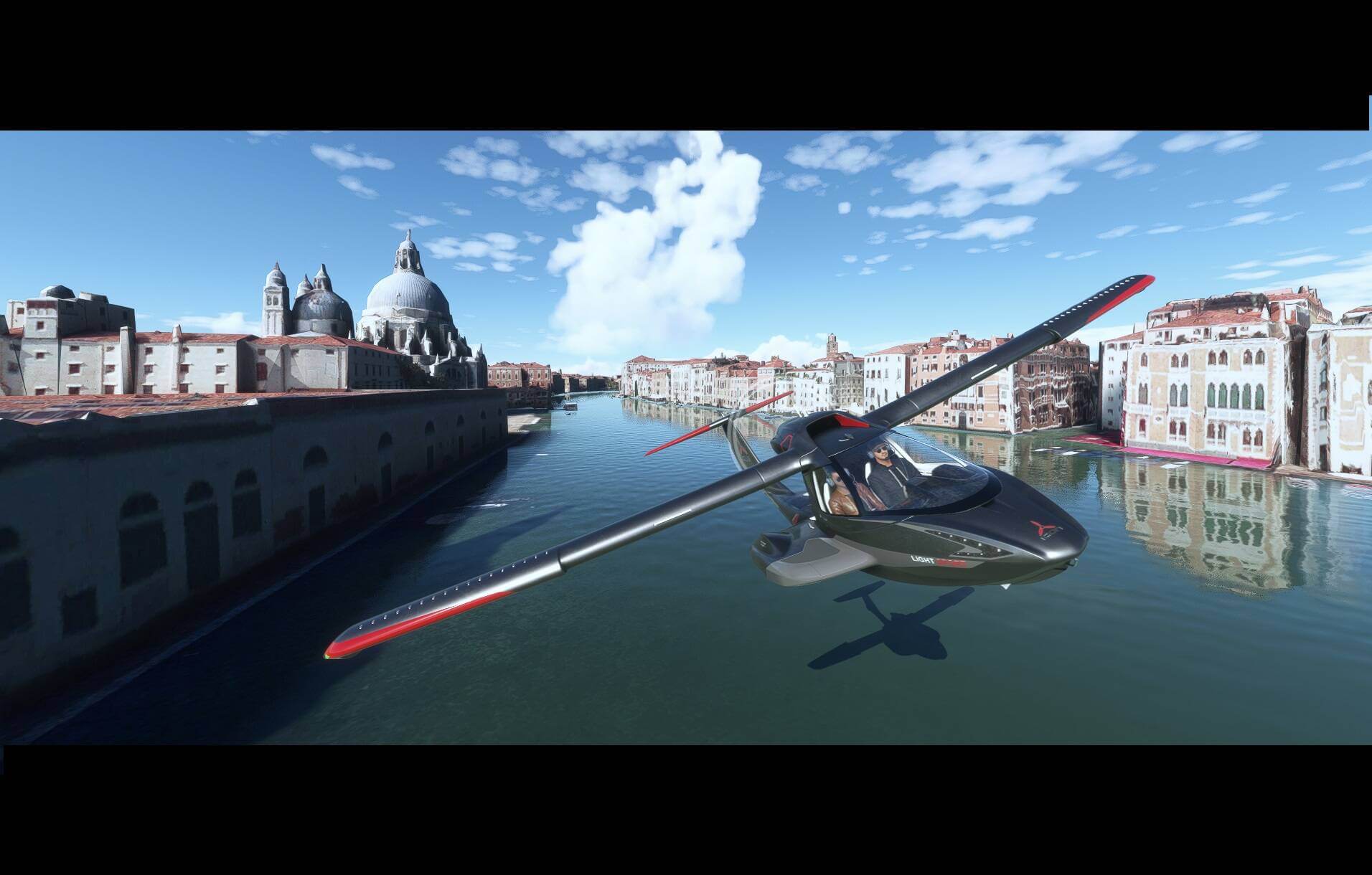 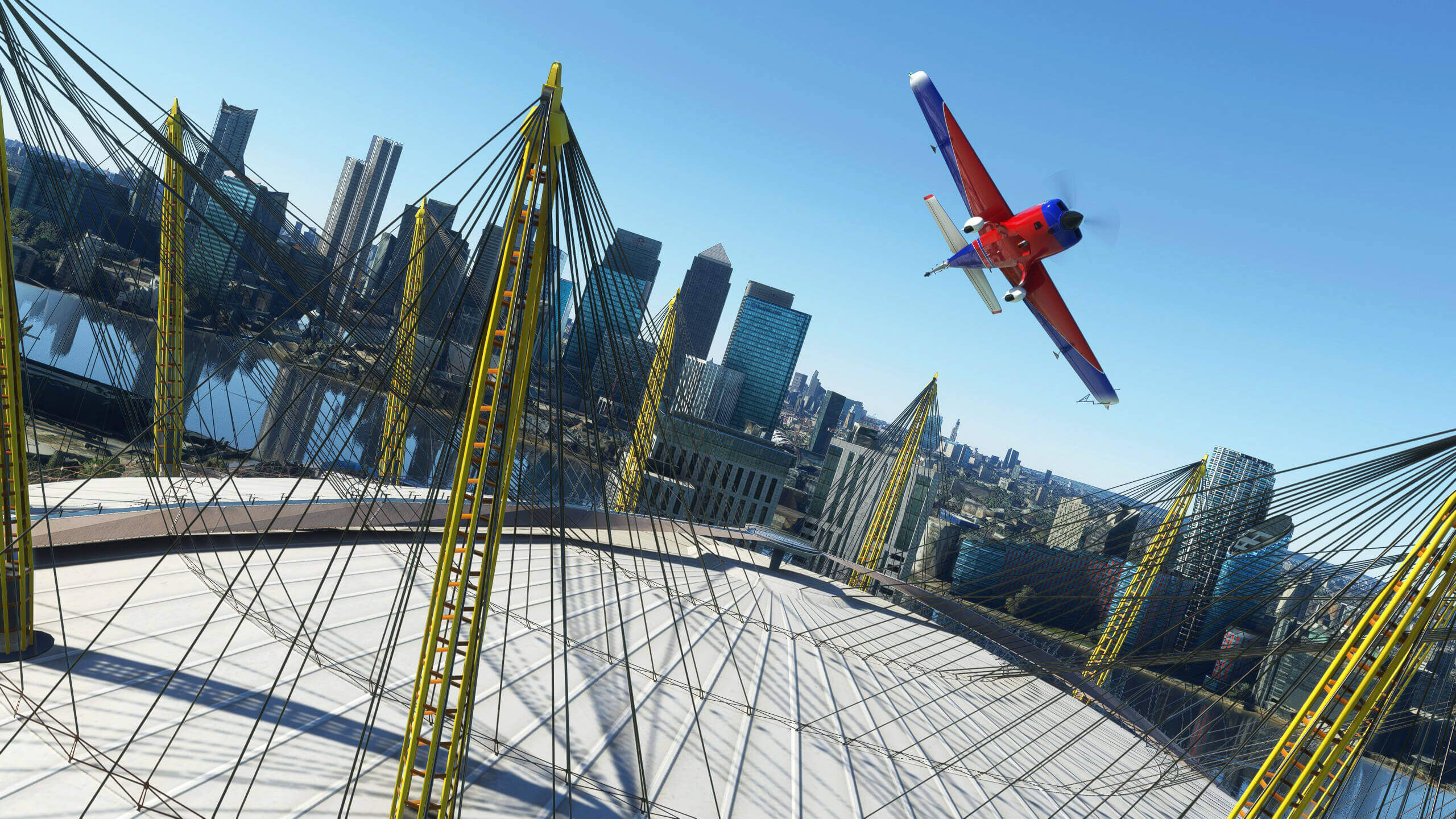 Screenshot by DaveBGaming - Millenium Dome from The World is Never Enough 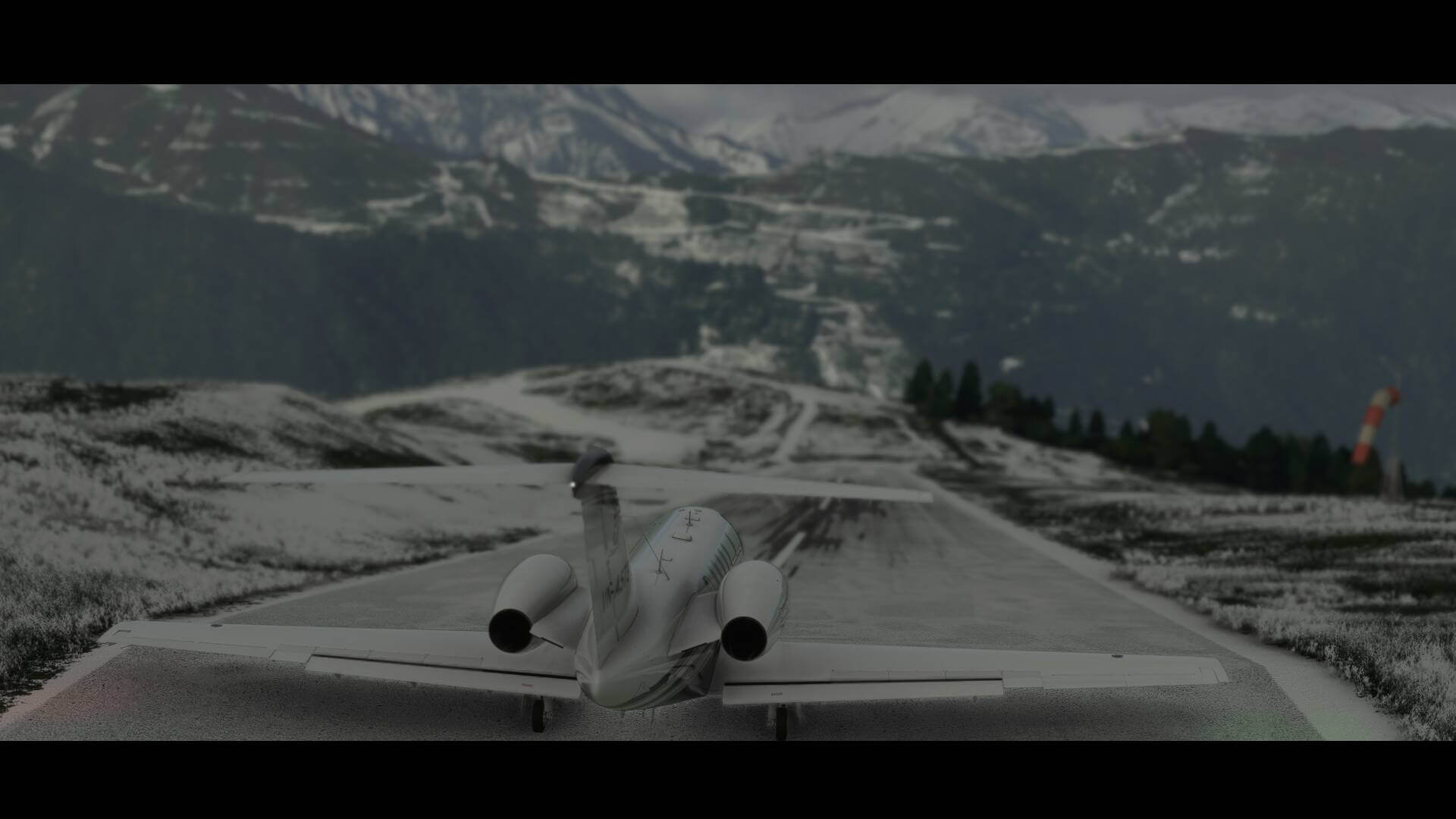 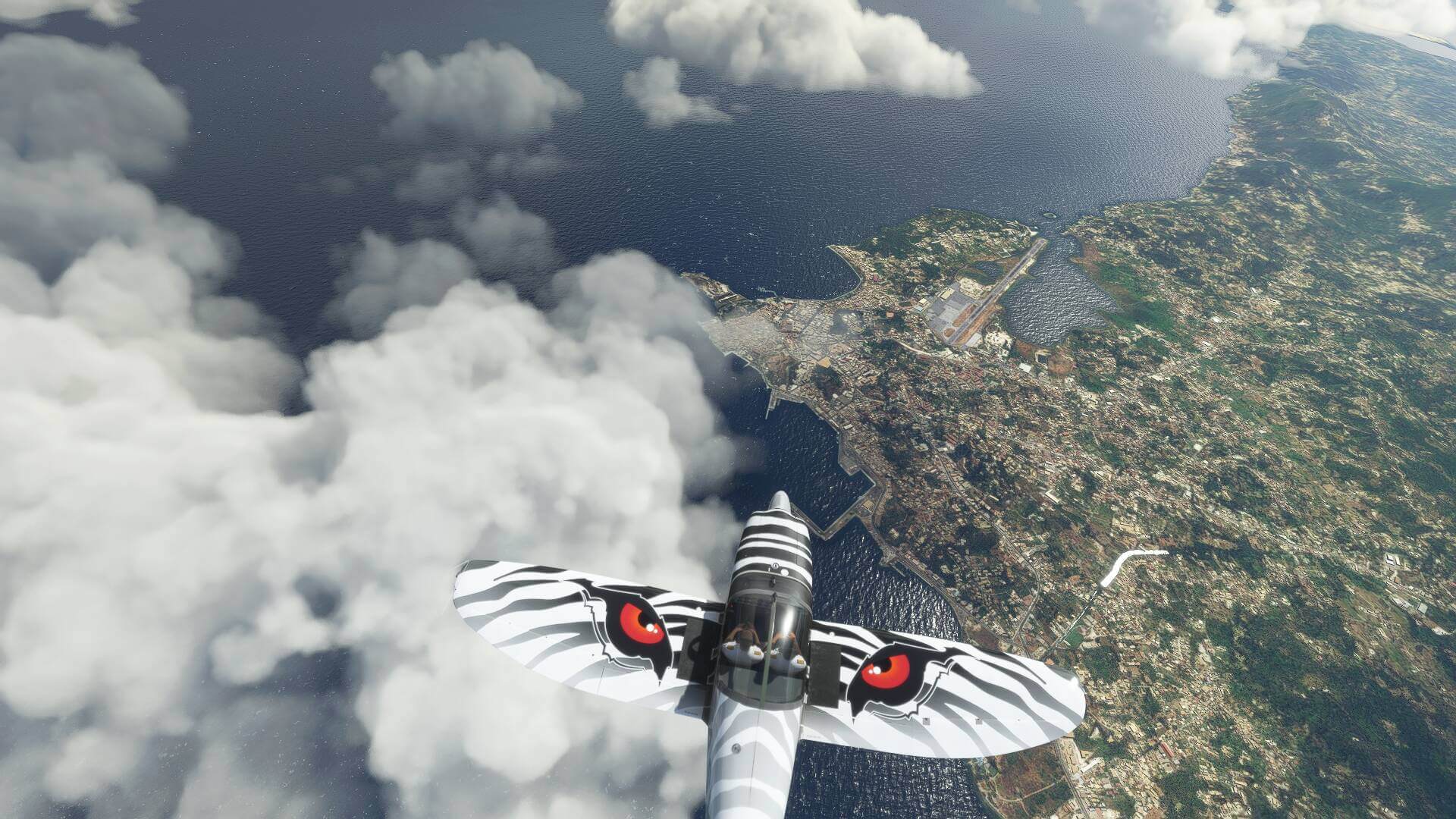 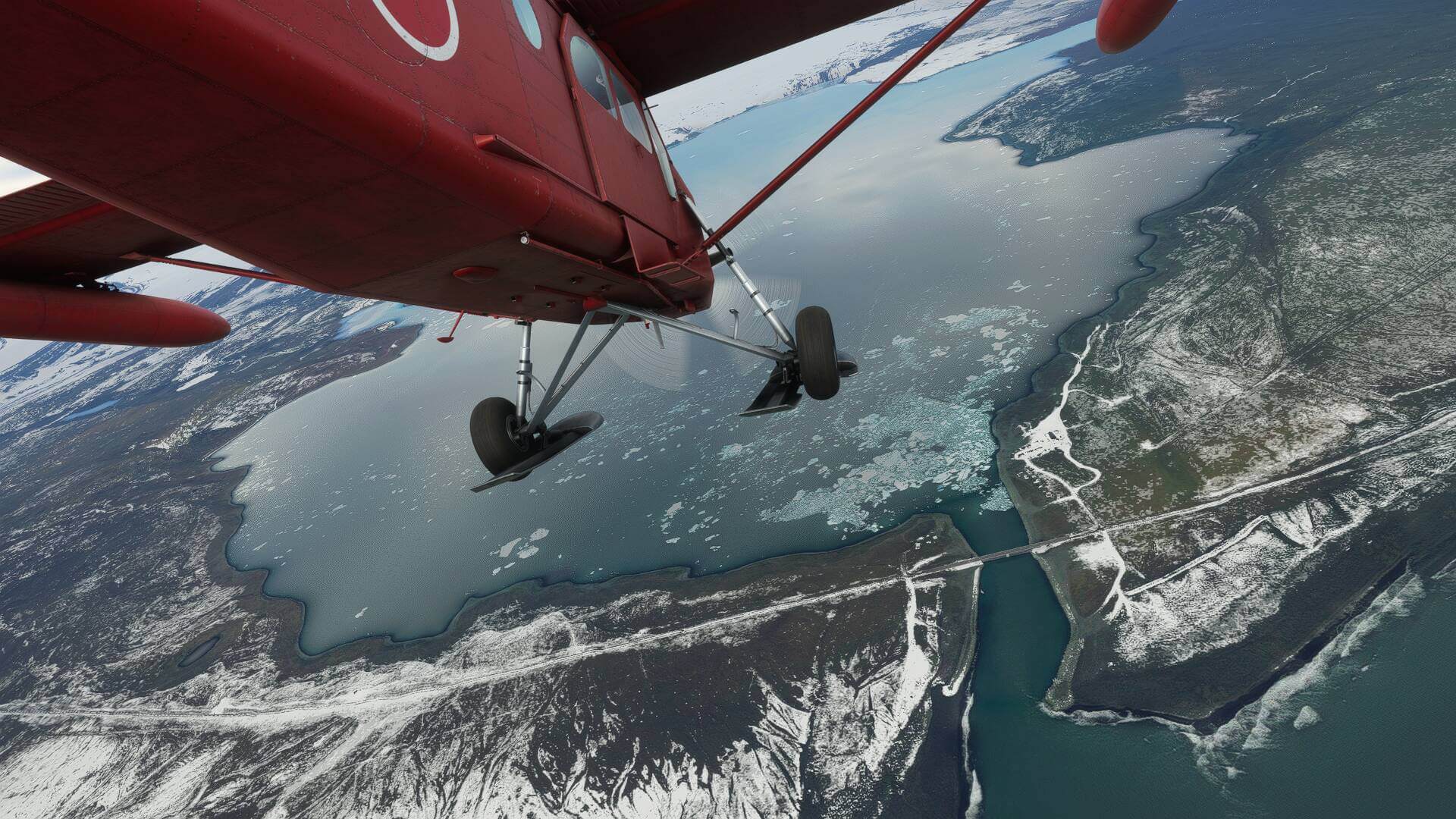 Screenshot by zkdos - Jökulsárlón Lagoon from Die Another Day

6 Likes
Official Discussion: October 7th, 2021 Development Update
What Addon are you waiting for on Xbox?
Is there going to be a Weekly Update today?