Was just flying out of Rafeal Hernandez Airport in Puerto Rico (Used to be Ramey AFB) with a few wispy cumulous clouds, when out of the blue came a huge bolt of Lightening followed a bit later by another huge bolt. I was stationed there and flew there and never saw such a phenomenon. Low cloud 1 and low cloud 7 do not create enough energy to create lightening.

I flew again after posting the note and saw that there was a TCU or a CB south of the field and there was lightening in them. Too hard to get a quick look around with only one monitor.

Yup, they definitely overdid lightning in this update.

On the plus side, it looks amazing. There’s just too much of it and in inappropriate conditions.

Frequency is a bit too much but it’s not impossible though.

In real life lightening can happen up to 20 miles away from any storm. Just a fun fact.

…and over Seville this evening, just enjoying a beautiful moonlit evening flight when all of a sudden - tremendous thunderstorm out of nowhere. I almost befouled my favourite flying overalls… 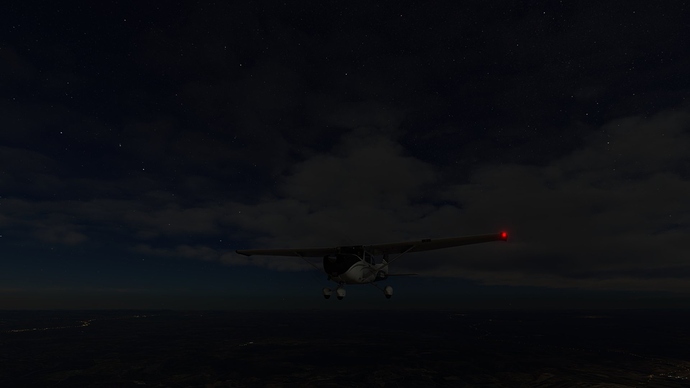 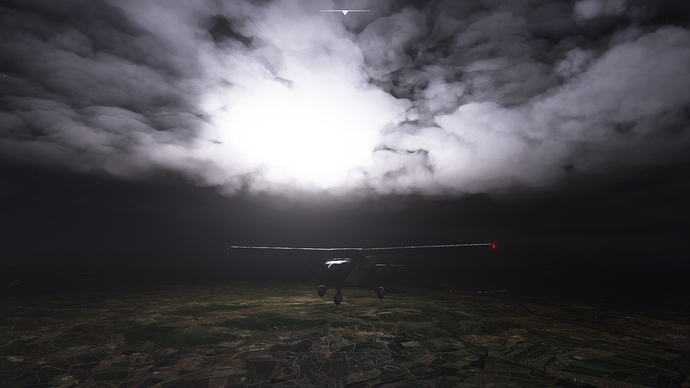 lol, looks like you upset zeus. must have flow over some ancient artifact

When have only had a chance to try the new update once so far. Lo an behold, when I loaded up there was lightning with very few clouds. In all fairness there was a storm cell nearby, but i did experience the clearish sky lightning. By the time I had completed taxi to the active, the cloud had moved in more. Its almost as if the engine had to make the clouds “calculate result” a little before it fully generated the clouds themselves…

My example above was similar … clouds were starting to build up out of nowhere behind me.

). They were reporting typical high pressure conditions - light winds, a couple of light cloud layers and moderate humidity … nothing to suggest developing CBTS conditions. And up to this storm, those conditions had been nicely and accurately represented.

Don’t know what’s going on with the weather engine, I can just imagine an aggrieved developer somewhere muttering, “…not enough storms, I’ll give 'em bl**dy storms!”

My three last consecutive flights in real-life weather since the patch have all included thunder in the background but no rain. Three widely different places.

had at haifa and kyiv today, but in kyiv looks like it was in the real too:)

With live weather on, I have lightning basically non stop on every flight with any clouds… It’s so annoying…

Hard to argue that said lightning looks amazing though. It may be dialed up a little too much in frequency, but it looks just amazing…

From having no Lightning in Storms pre-patch there’s now far far too much with non-storm related weather. Be a good thing if they actually fixed issues before rushing patches out.