I completely agree that turning up the Terrain LOD does not make the problem go away, and we shouldn’t have to brute force it to reduce the morphing that was introduced with the USA World Update, I’m just saying that it makes it happen further away (same for the coastline glitch) which is why some people might not really acknowledge it. I have to set the slider to a lower setting and the morphing has become unbearable since then.

Thanks for identifying the area as Courchevel, I shall check that out again sometime (only flew there for the landing challenge at launch). What’s for sure is that whatever morphing exists in that video does not cause the mountains to completely change shape or shift up and down as the camera is approaching.

An explanation for the CRJ trailer could be that, for compatibility reasons, they chose to capture the footage in the live build, which would be 1.14.5.0. For all we know, the video they showed in the Q&A could be taken from the latest DirectX 12 build. They’ve said they have 30 concurrent branches, which means there is a lot of stuff they have done in many parts of the simulator that we are not seeing yet. Yesterday’s Feedback Snapshot has addressed again some of the LOD issues like the trees, water and coastlines, and they will be improving those over several patches.

If you take off from Saint Barthélémy Airport with a small plane, you’ll go straight to a coastline, and even with all the settings on max, the coastline changes shape like crazy.

Yep, the UK World Update pushed all the coastlines globally further inside to avoid the water from creeping up in most cases. As a result this makes them steeper, and the morphing is a lot more exaggerated. I would say even more than the mountains.

I’ve sent them a few videos, including the one I posted above, to demonstrate the problem. If anyone else can take videos of the problem, please don’t neglect sending a Zendesk report as well. They don’t start investigating a problem until it is mass-reported.

I fly low and slow. I was no more than 500 ft. altitude parallel to the Dover coast and I saw the cliffs all rounded and black. The White Cliffs of Dover indeed! Then at about 1/4 mile from them, the Cliffs just Popped. The shapes, colors and textures came on so suddenly that I was stunned.

I have seen this happen too. Quite amazing considering this is one of their “showcase” parts of scenery.

The issue you’re describing is not the same one, however it could be related as it’s yet another of the LOD issues introduced in more recent patches. I would recommend upvoting the following threads.

*SOLUTION FOR ASOBO: Do you have any add-ons in your Community folder? If yes, please remove and retest before posting. No Are you using Developer Mode or made changes in it? No Brief description of the issue: Devils Tower (USA) & the White Cliffs Of Dover (UK) are just two prime examples of incredibly poor “Render/Draw/Pop-in”, I have to be a few hundred feet away from them until they suddenly appear. This is VERY immersion breaking, it happens in both Flat Screen & VR with TERRAIN LEVE…

The landmark shifting could be caused by the underlying terrain as well.

I started the challenge over Alaska (landing on 12 differents airports), and boy the hills were popping like a mole out of a hole. Everything is changing shape right in front of your eyes.
This is terrible for immersion and since Asobo created this challenge, it’s impossible it was already that bad before, they wouldn’t have created such a fly plan if those issues were that obivous.

The Challenge is like “Fly above beautiful Alaska scenery…”, you start and after 1 minute, you’re like “Meh…”

Figured I’d throw this on here since we just got our “hotfix” for the performance issues. Happily it seems to have fixed that issue. Sadly as soon as I confirmed this, my attention was drawn right away back to the “morphing”. Nothing new, just the same old elevations changing up, down and around right near the aircraft. I really just want to keep thread alive and kicking. This glitch just kills the whole thing for me and I want to keep this topic high enough that maybe the devs will spot it. Keep them votes coming! Cheers

This is still present after latest performance fix and very noticeable around Islands and coastlines where the higher res textures and mesh LODS only load in when right on top of the scenery and immediately morph back when moving away a little.

This may be a simple bug where the values for the LOD’s are wrong since we go through all the levels within about 300 meters it seems causing the constant morphing and swapping of textures.

I appreciate you bumping the post. Unfortunately it’s just not getting the votes though. People seem happy to live with it, which I can’t understand why when something unimportant like “we want trains” is so high up on the Wishlist.

Update after update and this still has not been resolved! I just want to enjoy the scenery flying anywhere in the world and feel that “immersion” experience which has been so heavily promoted, but you don’t have that when as your flying around the landscape in popping up all the time. My quick test flight after updates is to take off from Sedona which is gorgeous but right after takeoff the mountains start popping up and quite dramatically which just takes away so much from the experience. I can’t understand why this seems to be such a low priority to get resolved.

Update after update and this still has not been resolved!

Updates actually caused it (or made it worse). I cannot see morphing in this 7 months old video, spikes were also introduced with a world update: 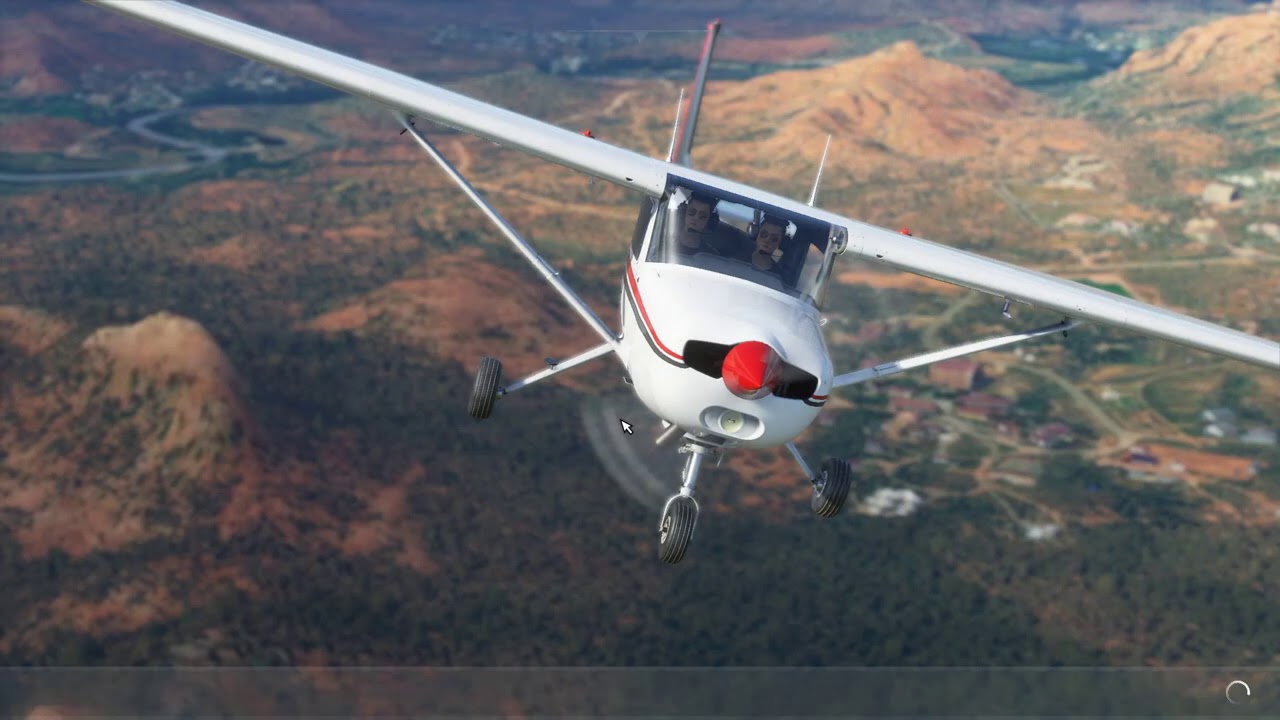 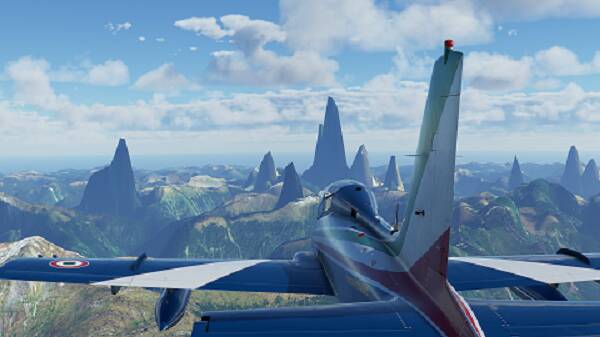 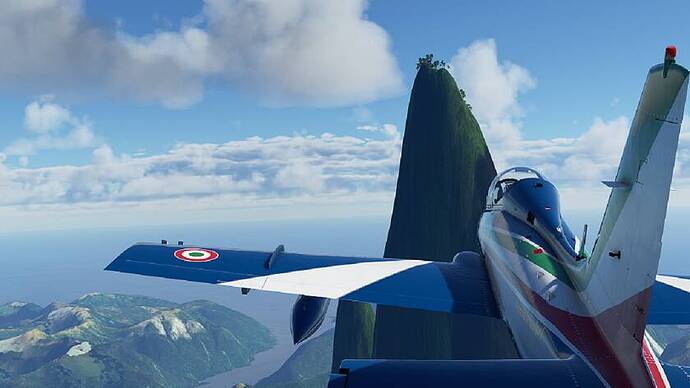 I don’t really recall seeing the pop up scenery when I first got the sim but yes there is some even in that old video. Also, there are still terrain spikes to be found like here in southern New Zealand. Take off from NZMO Manapouri and head west. Not only will you get an eyeful of popping mountains but these spikes get worse vs better on approach and you can actually crash into them. Love the trees on the spike peak…so immersive!!

Here is Google earth reference to the area. 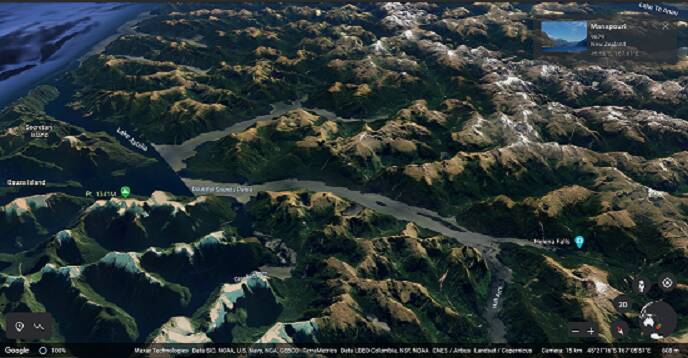 Thank you - I reported it to Zen Desk in December…

@AndyXPO Can you edit the original post to add a couple of the videos posted in this thread? Perhaps one of the low hills by btdc00 and one of the coastlines by me. If more people can immediately see the problem this thread is trying to explain it might help with the votes.

I’m not sure what else we can do to bring this to Asobo’s attention. If they acknowledged this I would feel more patient waiting for a fix, but since it’s never going into the Feedback Snapshot at this rate, we don’t even know if they’re aware of it.

If they do a more general Q&A we could try and raise that question again, but we would need every single person who voted for this thread in order to bring it anywhere close to the top questions.

Honestly I’m getting really fed up with this vote for bugs system. My B.S. radar is really starting to go off. It’s as if our Zendesk reports just go to a “catch all trash bin” and this voting system is just a little game to make us hardcore simmers feel like we have serious input. Maybe I’m wrong and hopefully I am, but c’mon.

When have you ever bought a software product that continually develops new bugs with each update and then the user base is forced to gather enough votes to move up a “chart of importance” based on popularity?!? This seems ridiculous when I really step back and look at it!! I guess I could see the value in it if these were issues that existed from the outset as a sort of way to prioritize. BUT these are NEW problems introduced by Asobo during updates. This should not be our problem, it’s theirs.

It feels like, picking where on my body that I’d prefer to be shot… I don’t know if that analogy makes much sense, but I’m really starting to feel like we are being taken for a ride (not the good kind!) Sorry if this comes across as harsh, I’m just feeling frustrated with this whole thing. I really, really hope I’m wrong in my interpretation of this development environment! Cheers

I sent several Zendesk reports, all but one got “solved” without any comment. I have no idea what happened to them.