Disappointed with this sim

I have lost the illusion, my time and my money. Disappointed because it shows that they only want to sell a game for a console. They sold us an idea that this would be a simulator that would break the paradigms of flight simulators. It is incredible that every time a new update comes out there are always new errors and the previous ones have not improved. They have not even fixed or added some current airports that are important in different regions of the world. I feel enormous sadness, not only because I lost my money in this simulator, only that I feel sad because they do not listen to us as customers or rather fans of flight simulators.

There are many that feel like you. You are not alone.

Wait now for the evangelists to say, be patient, it’s a 10 year program, it’ll get better, no sim has ever been released perfect, etc etc.

No, we say that is objectively false.

I ued to have numerous CTD 2 patches ago, and the game was barely playable. Not anymore. It is now mostly stable and while there are still many bugs, they are very tolerable (at least for me).

That is the experience of many (most ?) people and that’s why there are threads thanking Asobo for this effort. Nobody is being paid for that.

Please read my thread Check list to do after each update

After patch 5 i can’t play because clouds are blinding. How can I uninstall patch 5…

Never had a problem with the updates. But i am.always.freightened.because of all the horror stories.

Every update just creates more problems. After patch 5, i have 10 fps less, i think i’ll go back to xplane for the next two months.

Im not gonna say that!. Look at it like buying shares. Sometimes you win sometimes you lose. If you have lost, move on. Easy

Thats why I don’t read them!

I have both installed and i enjoy xplane as well😀

If you remember that FS 2020 is a game and has nothing to do with simulation, you will be well served. When the forums are dominated with complaints about the environment and no one is rioting over the actual performance of the aircraft, it should be the first clue.

Have owned every version and currently premium deluxe owner

Dont read them often now, this forum is full of some crazy claims… making me wonder what is their agenda???

Notice how they seem to jump to some lame excuse and issue no one else has … Makes you wonder who is behind these requests, certainly not the majority that are flying !!!

over 200 hrs here and this Sim justs get better…

set your settings to ultra, save them and let them load, then reset it to what you are used to. according to other threads this should resolve your issue.

yup, P3D here too, there is really no need to replace anything, even if storage is an issue there is still the option to get another SSD. We have two matured sims and one with teething issues… so what…

I could understand your point if you were a pure gamer and came to the genre with experience only of mainstream games. But you say you are a fan of flight simulators.

There are only 2 others. Microsoft haven’t been about for the best part of 2 decades. Lockheed Martin have done very little to expand on P3D, which itself was a minimal update to FSX, and XP is the other, with now a solid foundation that was built upon a very flaky initial release.

If you demand that no company every releases a flight simulator until it’s both fully features and close to perfect then… dream on. You’ll probably be waiting forever.

Is it right that it’s done this way? Probably not, but given the choice, would you really prefer that Microsoft hadn’t bothered? That’s what it sounds like. Again I could understand that from a gamer, but not a fan of sims.

Out of interest were you around or did you ever buy FSX on initial release? or P3D, or XP? What you may end up going back to was no different from the current state of FS2020 and worse, didn’t really push the boundaries any further than what had already been achieved.

Sorry its not working out for you. I think you may need to reset your expectations with airports being fixed etc. There will be always something wrong in a simulated world. Its too hard to satisfy everyone and make everything perfect.

Personally i have had no issues at all and loving the sim. Running it maxed at out Heathrow with the new AA and night lighting is amazing.

Na, when is a simulation a simulation, when a game. Thats a rude critique. For me it is the best i ever had. And remember it is a PLATFORM for all the interestingt and exciting things that.will come!

So many of these threads muted!

That’s enough now. I have uninstalled the MFS. Nice graphics does not make a flight simulator. I cannot accept the way Asobo deals with their product and their community.

Every patch breaks more than it repairs. The graphics get worse and worse. Nobody knows at Patchrelease what has been patched and what will not work anymore. Minimum requirements are completely ignored by Asobo and several graphics card generations are considered obsolete. Third-party providers are surprised at the lack of communication. Addons become unsuitable because third party providers are not sufficiently informed about MFS-changes before updates.

I will look at this again in 6 months, but I have no hope of improvement. Asobo, Microsoft and the flight simulator have been too much of a disappointment for me in the last few weeks, and I won’t waste any more time here in the forum and in the game. A pity about 120€.

I do not want to teach anyone anything but experience has taught me that often the problems with the simulator are due to the presence of software even not related to the simulator that compromise the functioning of Windows. For this reason I installed FS 2020 on a clean SSD where I had installed from scratch a clean Windows 10 with all the updates.
Using the simple accessory in the picture you can use different SSDs dedicated to different software or needs in order to leave the one with FS 2020 as clean and tidy as possible.
With FS 2020 I don’t have any kind of problem except strictly related to the features that originally contain bugs. 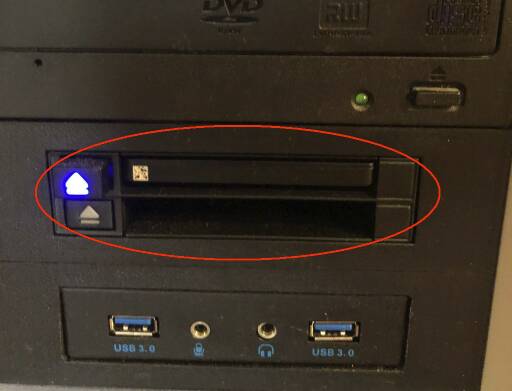