[image] Screenshot by Chtybeau Next week is going to be a good one! Sim Update 3 is slated to go live, we have our Live Dev Q&A next Wednesday, and Pilot Emilie will be taking over our Twitch channel on Monday (see Twitch Schedule below). The Devs are excited to connect with you again and delve into the latest update, what’s coming, and our progress on the sim. We hope you have a safe weekend and we will see you next week! -MSFS TEAM- [image] DEVELOPMENT ROADMAP Click here for the web-…

Use this thread for discussion of the latest Dev Update.

What are the 3 new aircraft? I have 21 now… Carenado Piper Arrow is a new one, so that’s 22… What are the other 2? Are we talking about Flying Iron’s release tomorrow as well as Just Flight’s Piper Arrow III?

The Garmin/autopilot item also continues to have the “Started” status after several months, so I guess it also means “not finished”. I sure hope both items will be ready in time for the update.

Glad to see the Bleriot in the marketplace finally.

Is Sim Update 3 being released Tuesday, or did they intentionally not give a specific date today?

I though AI improvements would start with this update. Same about some minor effects (contrails and landing effects). One week and we will see what comes.

I envy those who actually have the issue fixed but it the bug is still quite dramatic for myself, I have submitted several Zendesk reports and I get a message saying it is solved, quite frustrating!

I just noticed that the relevant thread is also closed and moved to the Resolved Bugs section, not allowing for further discussion. This looks somewhat worrying indeed. @Jummivana Could you please take a look at this? Thanks.

It could be, but I’m not sure if they’ve said how deep they want to go with these default systems, especially now that they’re endorsing the community mods. I guess we’ll know more in the next Q&A.

Yes @Jummivana can you please acknowledge this issue, and please open back up the discussion so those experiencing the issue can potentially help each other out with mitigating it. It would really put many of us at ease to know Asobo hasn’t brushed off the issue, and it would be meaningful for it to be addressed again so us customers can know our concerns are actually being heard.

Is Sim Update 3 being released Tuesday

Where did you see Tuesday?

Last week’s roadmap says that it’s coming on the 9th. I think that if it were delayed then an announcement would be made in today’s update, so it’s probably just a small omission from the web-friendly roadmap.

I see the hotfix corrected photogrammetry in the UK, but has now sporadically removed PG from all over the world. Denver is a big one for me. There are also now trees all over FSDreamTeam Chicago and FlightBeam Denver.

Where are these “wishes” coming from? 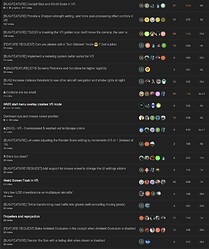 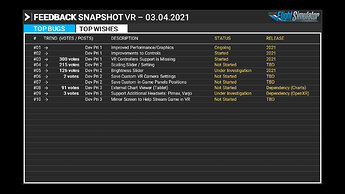 But I don’t understand Martial’s answer about the “Brightness Slider”. I’m not certain he was joking or seriously not considering this an “important” feature. In my opinion (biased opinion being a developer too), what we really need in VR is not a “brightness” slider but something different:

Or maybe what is listed as a “brightness slider” in the snapshot is in fact the following, but in this case, it paramount to understand the community doesn’t want a brightness slider (well at least this is not what is voted for below).

Rather, they want a tone mapping scaler (gamma/white clipping), a color LUT adjustment in order to change the color space with similar values as XR_FB_color_space (Chromacity Primaries in CIE 1931 xy), and all the other “post processing” settings you’d find in UserCfg.opt being adjustable in the UI:

Or this one which is important in multi-player VR:

TL;DR: Bug where no other aircraft lights are displaying beyond about 5nm making an empty sky

@Jummivana
This is at least the 3rd time the “Feedback Snapshot VR” is presenting the same items, but these are again not representative of the actual community votes as shown above.

Please note we’re still waiting for a proper VR Wishlist forum. Therefore many VR only wishlist items are listed only in the VR Bug forum instead. Therefore the snapshot is making me wondering:

Thank you for your hard work! 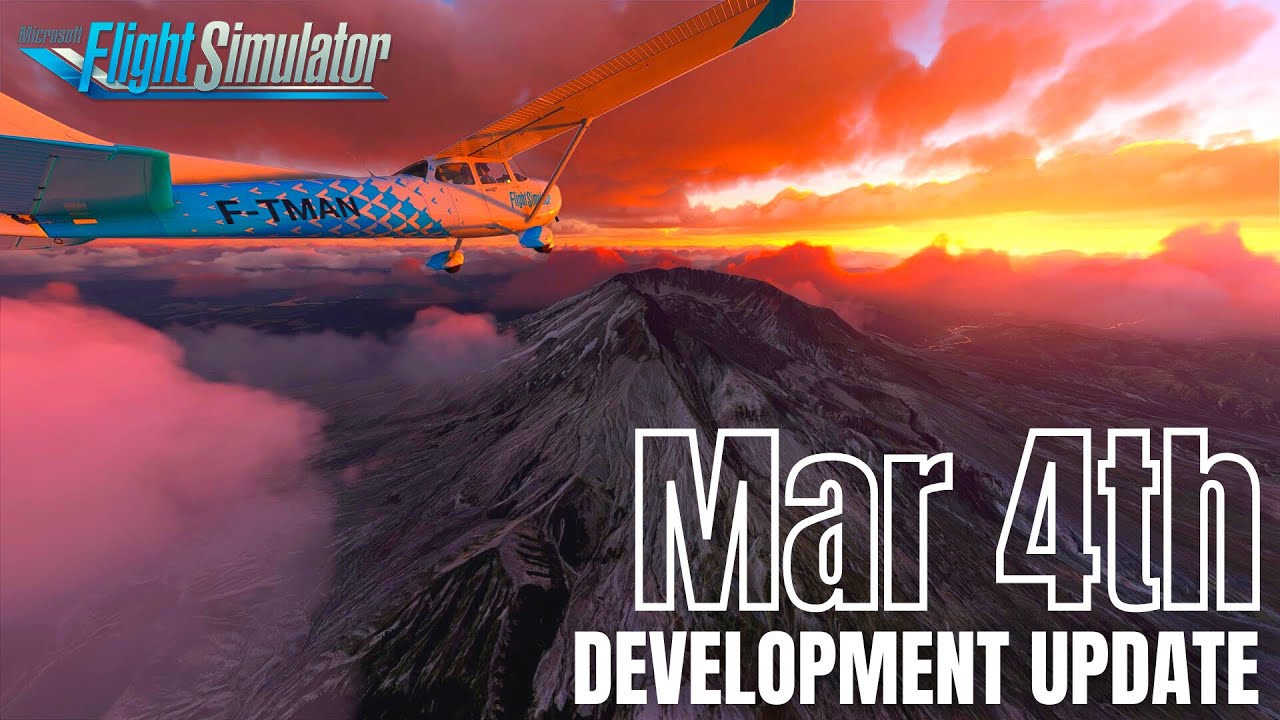 So has anyone figured out what the other supposedly released aircraft are? We are two short.

Regarding the pixilated clouds they have already said they will not be fully fixed until DX12. Until then they have reverted some of the changes they made (sharpening I think) that made it much worse. So it is kind of fixed and can’t really be improved on - until DX12.

If they don’t draw a line somewhere this list is going to become pretty unmanageable soon enough since there will always be someone not satisfied with a fix.