had no problem with DX12 until tonight. Suddenly everything is a series of artifacts. Switched to DX11 again and no problems. Could it be something with servers? They could be doing things behind the scenes causing it.

Same here, no issues with artifacts until today. Restarted same flight, set graphics to low, applied, then reset back to ultra. Seemed to clear it up, same flight no issues until the end. Loaded AIGTC at 80% and they came back. Tried the reset trick again, no luck, however I did not reset the flight this time. Just gave up to get ready for work

AIGTC thing could just be a coincidence but the first time the issue did not start until I passed close to an AIG model, if I looked in the opposite direction of the model they went away. Looked back at it, they came back. Once they were there they got worse and worse until I reset everything.

Not saying AIGTC is the cause, only that there may be a correlation.

Odd thing is the performance never suffered during any of it. Just a graphical psychedelic trip.

Not sure about anyone else – but first time I’ve flown in a few days and my performance on DX12 has never been better. Also using the latest update of PMDG 737 which is amazing. Hitting 60fps again in 4k, DLSS, DX12. 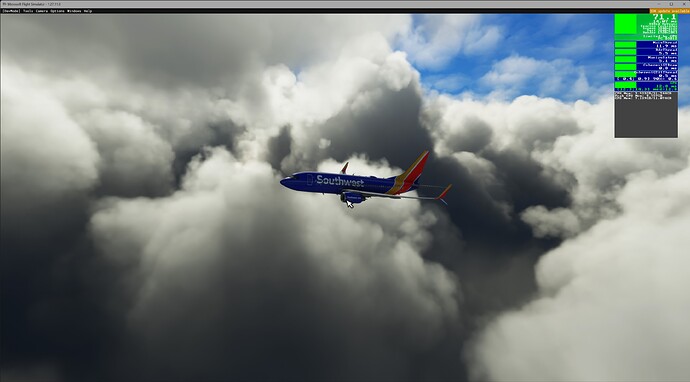 Yes, here as well. Still limited by GPU most of the time on DX12, although it flips back and forth at cruise. Mainthread render time has been greatly improved on DX12, even after the latest patch. Still amazed it can manage to use 11 GB of VRAM flying over the Gulf of Mexico…

I reckon the performance has seemed better the last couple of days too.

re Your 60 fps, are you using AI traffic and what are your LOD settings?

I never saw them until yesterday. I don’t know what changed in the sim or what combo of settings I changed that may have brought them on. To me it seems to have something to do with the resolution settings. The higher I set it the more likely I am to get these. Again, not 100% sure of that but seems that way at least.

I am not attending SU10 Beta, just want to know when we choose the option DLSS, will the Render Scale option be disabled?

For me, when using render scaling more than 100 will give me fine and high quality graphics, look much better than the default resolution. I can live well with this fine graphic with ~30 to 40 FPS than 60-70 FPS with “stair” effect on objects.

I’ve been seeing a lot of artifacts today. I’m starting to like them. So when Asobo figures out how to make the artifacts go away I hope they leave us a switch to turn them on when we want something a little different. 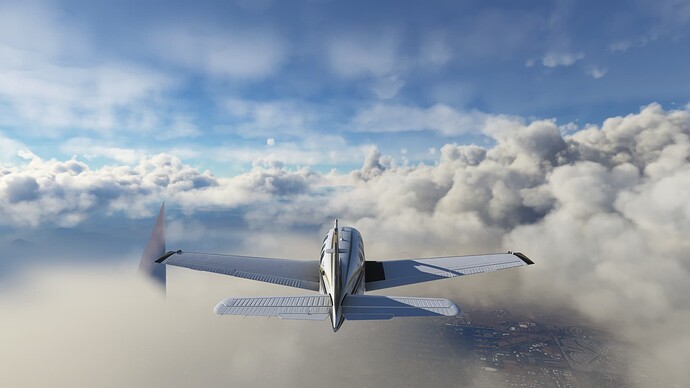 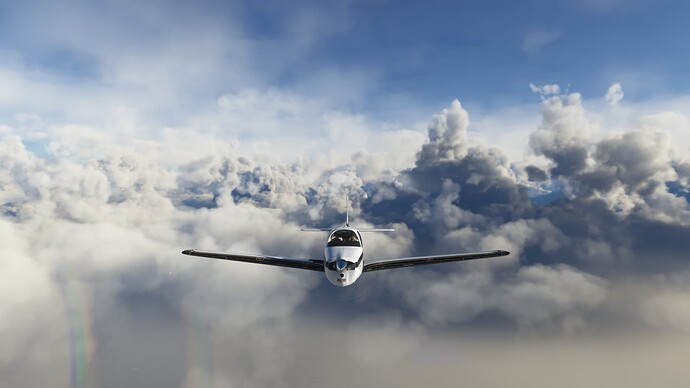 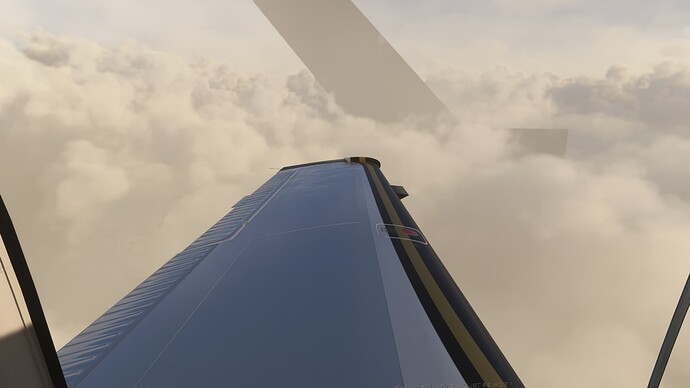 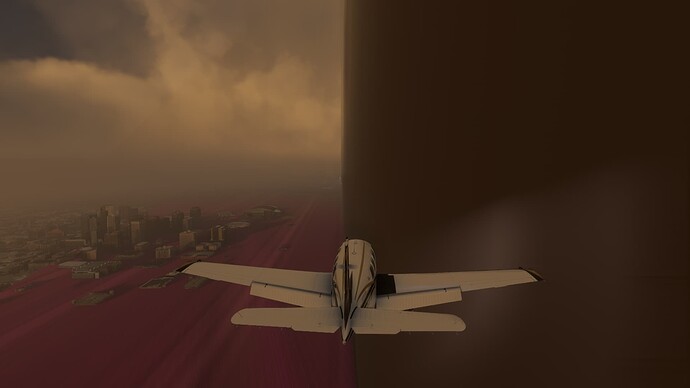 IMO it supersedes TAA however I’m guessing it may affect blurriness on the gauges. Anyway there’s no harm at setting renderscale 100 and then switching to DLSS or (as I do) 85% with image scaling enabled. (using a custom desktop I mostly play at 4k on an HDTV but sometimes on my UHDTV and this works for both).

Similar experience to many other folk. DX12, dev mode off, no DLSS, traffic is on (AIG), LOD 300, photgrametry on, occurences are very unpredictable and effects can disappear. I’ve had some apparently related to flashing beacons. This shot over London with 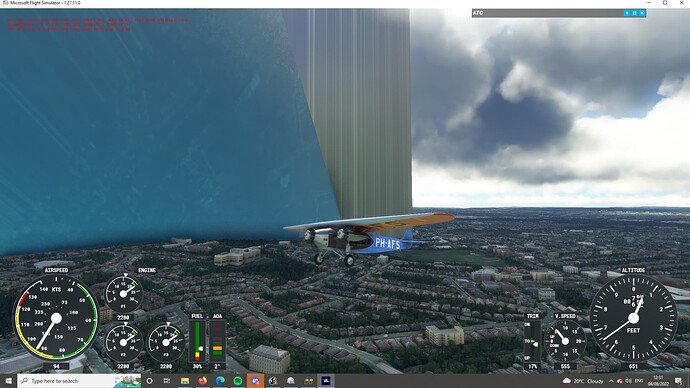 Yers, I also noted a degradation of FPS but minimal

Thank to devs team, you rocks

I noticed some glitches when using DX11 or DX12 in the current beta which I have to record later - likely there are some more underlying issues on memory management to be addressed. When flying fairly low over terrain (~500ft agl) which is not entirely flat tiles pop in on terrain mesh changes after flying for 1.5+ hours.in the first split seconds there will be a hole in the mesh with bushes and the void of nothing - after that the tile pops in.

I’m not sure how you came to that conclusion. Most of us testing DX12 showed reduced performance after the first beta update on July 20, long before the DX12 memory changes referenced in the latest .13 update released a few days ago. I have not noticed any performance loss in DX12 going from .11 to .13, which is when DX12 changes were implemented as a temporary solution for DX12 artifacts.

I’m not sure how you came to that conclusion. Most of us testing DX12 showed reduced performance after the first beta update on July 20 […]

Simply as I had a performance increase and less to zero stuttering after the first beta release. Anyway as a user of a RTX 2080ti I’m GPU limited but not CPU limited, so I benefit from DX12 compared to users which are CPU limited.

I’f it’s not the GPU which limits you and the “most” others but the main thread, then likely we are not talking about the same thing here.