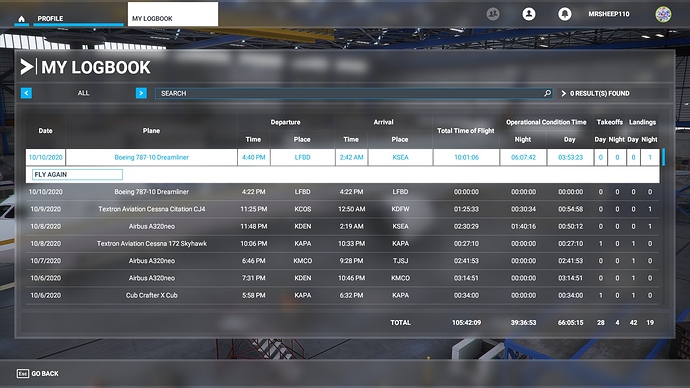 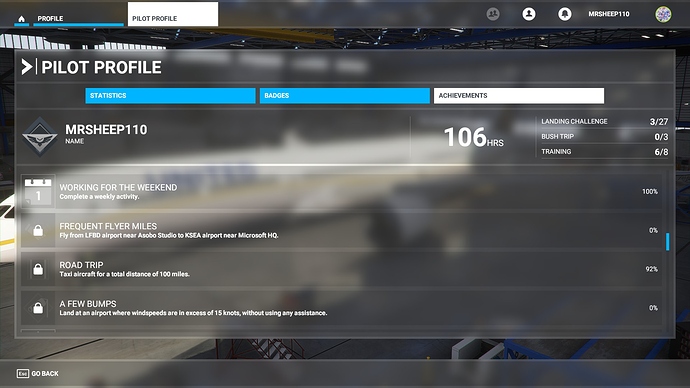 That be interesting, the time to time is set to LFBD time all the way

My attempt XX crashed on approach right on landing.

But it was ok? Because I had saved on decent?

Sadly no. I think I may be struggling with this one.

I completed mine on 1.7 but I used ATC and parked. That may be the issue here?

I was able to complete it and it gave me the achievement when I got within 10 miles of KSEA on approach, which was lucky because the computer crashed on short final and I lost the flight. Oddly enough, I didn’t get it the previous day when I actually landed, but what I now know to be crevasses in the runway damaged my aircraft and terminated the flight.

I would suggest that you select your flight plan via the World Map though…Good luck. I tried 3 times and though I got the achievement I never once had a successful flight. I might try again with the 1.9.5.0 patch, since it theoretically fixed a bunch of issues with the 787. That said, KSEA 16R has destroyed many of my planes on landing; I’d switch the approach to 16C if you do try again. I don’t know if that runway is better, but I do know that 16R is often bad.

you should be landing on 16L with the 787 as that is the largest runway. It’s where I always land. 16R is a small used majority for the smaller jets like the CRJ. I’m gonna try the flight again tomorrow and Ill do the plan from the world map and simbrief

I’ve been trying to move forward in the Fly all planes in a 300 miles or longer flight, but I have been stuck at 20% for weeks despite having flown three new planes more than 300 miles, so far i have flown Beech Baron, King Air, Bonanza, TBM, Cessna 152 and Cessna 172, and the DA62 on flights more than 300 miles, and only been credited for four of the flights.

On the plus side, I was credited with the pushback accomplishment today, despite not getting a pushback on my flight.

I think the achievements need a bit of work. 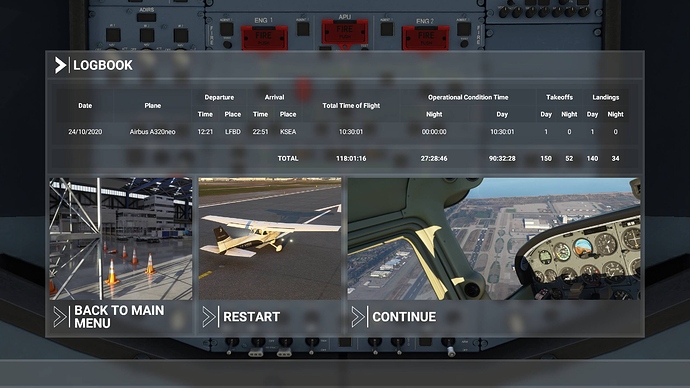 Got the Frequent Flyer done using an A320. Autopilot all the way with an ILS landing. I set payload to 0% and fuel to 100%. Used the Repair and Refuel command when over Greenland. Achievement popped up as I was taxying. Even let the Co-pilot to do all comms and taxying to gate. 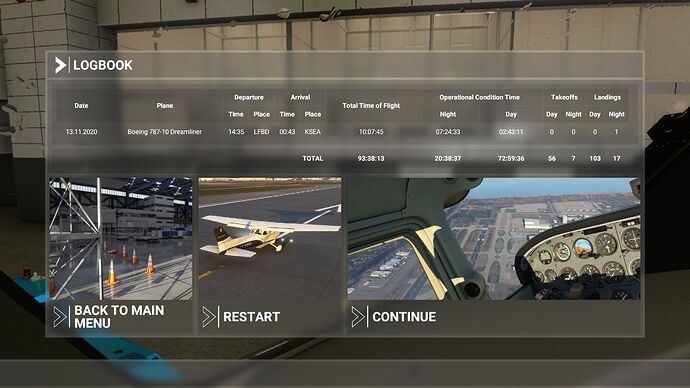 As you can see in the logbook, it didn’t detect your takeoff. Not sure why.

Thank you. Iam blind. But idk why msfs didn’t detect my take-off.
Maybe ATC clearance is needed before take-off?

Yes in IFR with liners, the game require ATC clearance for take-ff and landing in order to detect it.

You also should take-off from the runway the ATC asked. In Chengdu Shuangliu I often take-off from a runway ATC will never ask me to go, because in real life the airport only use this runway for take-off. So I have some take-off not registered in my logbook, all at this airport (ZUUU runway 02L, I have never been able to take-off from there when loading from the parking…).

Maybe it is because you pushed Escape during the Flight.
I had the same problem and i am very upset with it…

Just completed the tripy from LFBD airport near Asobo Studio to KSEA airport near Microsoft HQ with the Boeing & didnt get the steam achievement either.

If I move camera view up & down in 3rd person view ,there is cloud flickering at times. of the edges of the clouds Blinking clouds after patch 5 The “blinking cloud after patch” is nearest I could find,but they aren’t really blinking,its just the outline of clouds having a little drag effect on it.Only moving camera up & down the outlines have this distortion/delay spread/delay flicker on them.Its not like the whole clouds flicker. [20210801143333_1] its hard to capture though in a screensho…

I’m not sure why this is,but it seems like after loading a save ,the stuff you did before that safe didn’t happen & it instructs you to fly all the way back from where you started.Tried to complete it again in another attempt to unlock the achievement.Alas 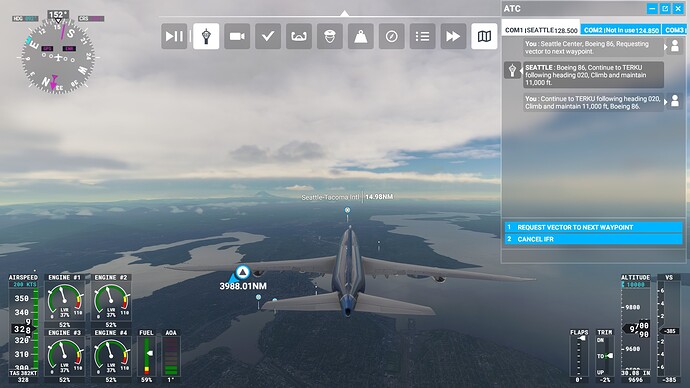 I didnt get the achievement either. Take off and landing are detected.
Hit [ESC] just once, during taxiing to take off.
For the Rest of the flight pushed the sim-rate.

I tried to complete this achievment and for the second try the game crashed before the landing. It is like Microsoft: “try to to this, but you have no chance, because We Are The Microsoft…” 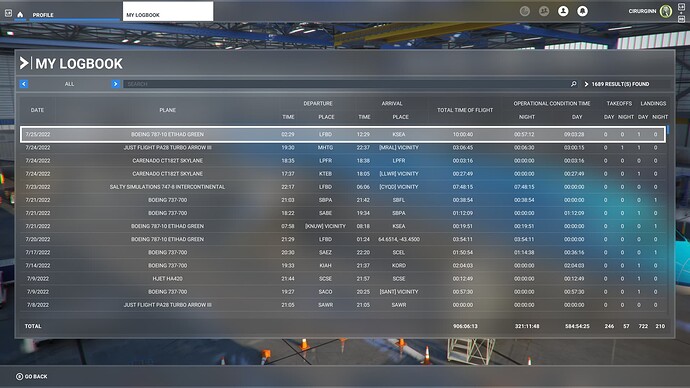 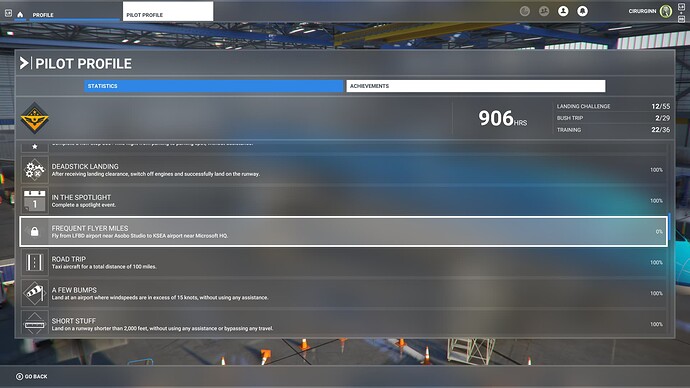