I want my Sim back please!

In another thread there was the idea of ​​a “slider of God” to separate the two so that both parties are satisfied, I found the expression great

My 15 year old son likes FS on Xbox, but none of his friends purchased it. These kids want way way more action, flashy lights, guns and very fast shoot-em-up games, like GTA etc…Can’t see it catching on big for these youth. It’s kinda boring for them they say. So I’ll be patient because they may be back making their loyal PC based customers priority and happy once again lol!

The average age of an Xbox player is 33 and in the annual household income bracket, the majority earn in the $50k-$75k range, so your analysis seems highly flawed.

PC based customers have no call, expectation or right to be a priority over console based customers and thankfully they won’t be as Microsoft are making extremely clear by their actions and rightly so.

It’s true that FS will only be enjoyed only by a segment of the Xbox population, but that population is a huge one to start with (moreso with Game Pass), so expect a significant addition to the current FS population. (I think Racing Sims - e.g. Forza, can pull in 20 million players).

You do have a fair expectation that SU6 addresses issues and concerns that some simmers have raised.

Leaked internal documents from Microsoft's recent Build Conference have lifted the lid on the typical Xbox One user in North America.

That’s basically what we’ll get in two weeks - a setting about occlusion culling.
There doesn’t need to be an “XBox optimization” since XBox simply has presets consisting of the same settings that you have available on PC.

If you read the opening post, this thread is not about CTDs.

Xbox users will move on? Pffff, PMDG and Aerosoft are already testing their products on Xbox. So anyone would choose a $500 console (that runs perfectly) over a single $1,000+ computer - logically speaking. Unless they want Vatsim. But not everyone likes Vatsim either.

ok…I hadn’t heard that, in fact I heard that these aircraft will not come to xbox. Lets see how it works out. I’ll take back what I said if that happens

Is poor performance on a low-end PC a “bug”? I have what’s considered a mid-range PC (1080/8700K), and my performance pre-SU5 was absolutely acceptable. If I had a worse PC I wouldn’t expect it to be.

To lower the quality for everyone because some people have min spec PCs is not a solution to a “bug”, particularly not to one that never existed to begin with.

Is poor performance on a low-end PC a “bug”?

If you check the according thread, you’ll see that it were not just low-end PC owners who complained about performance, it even included RTX3090 owners.
And it was not only reported as a bug&issue thread, but it got voted and discussed a lot, so I’d say this category was appropriate.

So I’d say it was a very broad issue and it indeed was fixed with SU5 (at the expense of visuals for users that used ultra preset already before, which I did too).
Now let them see what they can add back via options to get more flexibility for high end systems - hopefully without introducing the intermittent fps loss that many of us were suffering from, despite higher end systems that were underutilized.

I am seeing significant performance drop over time after the update, After playing for a few hours my FPS if down to 10? CPU/GPU sitting at around 20% just a laggy stuttering mess now - I thought we had Beta testers nowadays? [slow]

Hi there. I am experiencing very very poor performance for a top end PC with this simulator. I run an EVGA RTX 3080 with a Ryzen 9 3900X CPU, 32GB of Ram and the game is on an SSD. At 1440p, regardless of graphics settings, this game performs shockingly poor. I have made a video showing and explaining my situatuion. [MSFS 2020 CPU issue " Limited by mainThread"]

Hello. The performnance on the new London photgrammetry is really catastrophical. Often drops to 10-15 FPS on my i7 9700k and RTX 3070. In compare New York and Tokyo are butter smooth on ultra for me (35 to 55 FPS) So it must be the new scenery. Also very distracting awful screen tearing is present with the new London photogrammetry. Something very wrong here. Pls fix it. Also in compare no problems in other big photogrammetry cities…

Before someone tells me “Ohhhh this simulator is the new crisis your not gonna get more FPS”, my components are literally idling, and changing graphics settings has zero effect on the FPS, the Low and Ultra preset give literally the same FPS. I am getting absolutely horrible frames for the components I have and the opening task manager shows as my CPU is idling at about 20-25% with CHROME taking up most of that 20% and my GPU at 5%. I have an RTX3070, Ryzen 5 3600x and 16GB @ 3600 ram. I have s…

Hello all Today i upgraded my gtx 1080ti to AMD RX 6900 XT, unfortunately i ended up with lower FPS rather increasing. I am averaging now at 28 fps. On ultra or even if i lower setting to minimum i dont see a single change in FPS all averaging at 28 fps. GPU Util 50-60% CPU util 20-30%. I tried with vsyn on and off. I did a complete pc format to make sure no nvidia drivers are left behind, i tried everything almos. Any advice here? Thanks alot Specs CPU I7 9700k GPU Rx 6900 XT RAM 32 gb 32…

Has anyone else had massive FPS loss? I can barely get 6 to 8 fps which makes the game literally unplayable. I’ve read, from some, that Azure had an outage – would this be the reason? I just tried playing Destiny 2, using my RTX 3080, and had well over 100fps on 4k, so I am pretty certain it’s not my system. Anyone?

I want Flight Sim back to. If you want to play games get an XBOX if you want to fly get a real computer. Update 5 was tragic disappointment.
I hop it can be fixed. 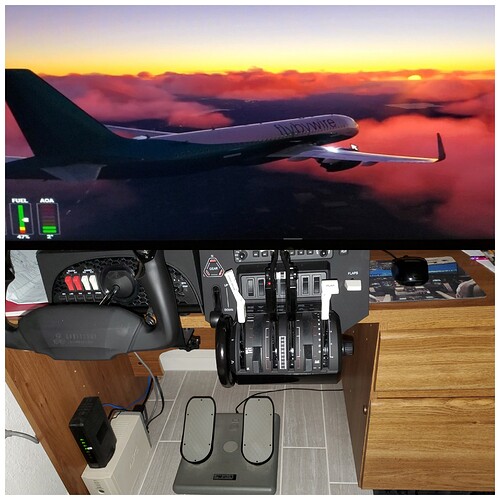 if you want to fly get a real computer.

If you want to simulate a flight you can do that on BOTH Xbox and PC. If you want to fly then you’ll have to get out there in the real world and do it.

This is my personal opinion on the whole mess!

what mess would that be exactly?

I hope ofc you are right, but i guess after one year the majority of PC gamers is just sick of being beta testing this sim since beginning, yet paying a full price (like 120€ for the premium)

I am very happy for you. If have invested $500 alone on flight controls not to mention $2000 on my pc. Not putting XBOX down but MS could have waited to put out a flight sim for Xbox users. It’s just my opinion. I had
The original MS flight sim from 30 years ago I love the challenge of flying. 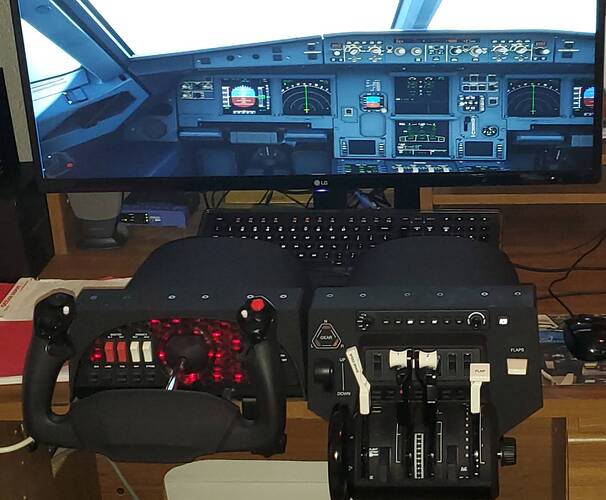 Well let’s wait 2 weeks and see what will be resolved.
Then we will either call it a PC flight simulator or an Xbox game.
The track record of the developers lead me to question the outcome?

I agree let’s wait and see. 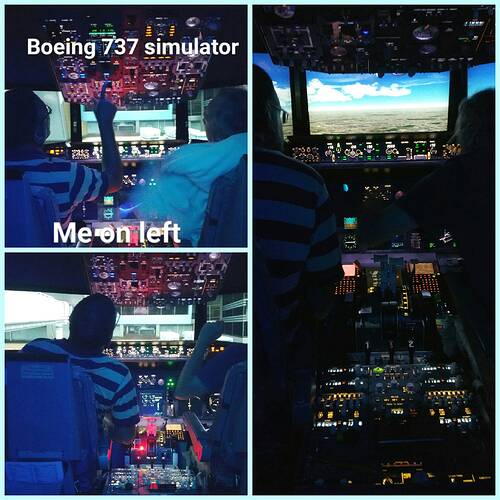 Just having fun in a more advanced flight simulator. Not my own.

Totally agree and considering my new thread just got closed instantly i will post it here:

After a year the sim is worse, premium planes like 787 still dont work properly and the many problems of SU5 and the xbox release have left wondering why i spent so much on the sim including some airport add ons and the CRJ.

Thankfully i still have p3d to use.

I will leave the sim for quite some time and return when things are better. Just wish now id kept using p3d only and waited a few years for this sim to develop and mature and see where it went.
If i had known they would release the same game build to xbox as pc i would have had second thoughts.

I beg to differ. The 787 works perfectly, the best performing aicraft in the simulator now. Many of buttons are INOP but the aircraft systems are realistically simulated for a default aircraft (for example, hydraulics will not turn on until one engine is running at least).

Pretty sure you can hide that white arrow thing.

At least an Xbox runs the game and let’s you fly, with great performance and looks visually stunning. Whereas, PC simmers will spend more time adjusting config files than doing actual flying. You don’t need anything else other than great graphics and 4K @ 30 FPS

Now that is a thing of beauty.

We could on pc before the update. No us pc users just wanted 30fps and the best looking sim you could get according to your hardware. Im all for console players getting in on these sims but pc should have its own build and settings.

Ive looked through all the options and havent found anyone that will turn the white thing off. If anyone knows then let me know.

Last i tried 787 taxiing is still all over but that could also input control issues and it was behaving very oddly in the air with no reason that i could see.

This post pits Xbox users against PC users and does not follow the spirit of our community. In our Standard Operating Procedures, we state, “One World, One Community - Not matter how you play – regardless of console, experience level, or reason – we are one community of aviation lovers.” If you have specific bugs/issues to address, please search for your issue and vote/reply in that thread. If it does not exist, create a new thread. Thank you.

Please note the Sim Update 5 release contained bugs that inadvertently downgraded visual quality. We have released a statement about how we are fixing it here.