We could have AVOIDED a lot of aggrevation and cursing headed toward Redmond and France today….
ALL we needed to know was to install XBox App BEFORE applying WU6
What is wrong with your thinking?

Yep. A cluster on their part. Integrating the XBOX into this to try to get more $$ has really hosed the PC Simmers somewhat. I’m pretty positive usually, but this is poor business practice. I do love this sim. But they way ASOBO and MS are doing things right now are just ticking people off.

Wow, this thing called XBox went too far away. Now we “The PC Gamers” need an XBox Emulator to play FS?

They didn’t even need to say it… they just needed to associate the xbox app download along with the sim update. “all-in-one” download.

The xbox app does not emulate anything. It is a lot like Steam, but for Microsoft games (and the game pass). That’s all. Most people already have it installed, even if they don’t use it.

What if you don’t want the Xbox app?

Yep. A cluster on their part. Integrating the XBOX into this to try to get more $$ has really hosed the PC Simmers somewhat. I’m pretty positive usually, but this is poor business practice. I do love this sim. But they way ASOBO and MS are doing things right now are just ticking people off.

Your comment though is not what the OP is saying. It’s really just about communicating this requirement in the patch notes to avoid all the strife. It took 10 seconds to install the app, I never have to look at it again so I’m not really that bothered.

Not a chance. Goodbye MSFS2020. What a waste of money. Bought it twice (on Steam and then the Store) plus my favorite planes. Boo.

The xbox app does not emulate anything.

So what does the XBox app do (in relation to FS2020 I mean)? Must be doing something, otherwise it wouldn’t be needed for installing FS2020 (unless it’s a tasteless marketing ploy…) Asking because I’m genuinely curious, not meant to attack you Gordon…

More kludge together trash. Looking at xplane now, last straw for me, another evening where I had time to sim, not spent hunting down ■■■ MS is doing, fixing it, then having to DL over 2.5GB over the internet again.

Im done MS, keep the cash, its the last you’ll see of my money.

HOWEVER, the BEST way to get an update is within the Sim at the “Checking for Uodates” panel. Why is this easier, most-practical choice eliminated from consideration? Then nobody needs to fumble with what’s out there now.

Took 10 seconds to install but a half hour to research what MS could have clearly stated in the first place.

I want my mandatory .5 hours back. I will accept the invoice in free 3rd party add-ons thank you.

it updates the services the game uses - same as previous updates that required you to update live services. it’s just a front end that has dependencies. it’s an alternative to companion or game bar - it doesn’t add anything; just a front end for existing services your pc already runs.

Think you can delete it again after install /update is completed.

See here for the official description: 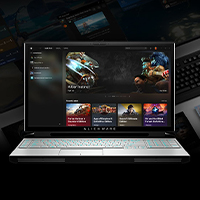 I think it just helps them keep tabs on licencing and maybe helps with multi-player. I suspect (but don’t know) that when the xbox version was released, the xbox app has become a requirement to support the cross platform nature of the sim now - speculation on my part though.

I genuinely think that anyone who has bought any of the more “significant” games from the MS Store (by that I mean the standalone titles like Forza Horizon/Motorsport etc) will have this installed already. It is also required for the game pass version I think (from day one).

EDIT: This provides more info too:

The Xbox app is an app for Windows 8, Windows 10, Windows 11, Android, and iOS. It acts as a companion app for Xbox video game consoles, providing access to Xbox Live community features, remote control, as well as second screen functionality (formerly branded as SmartGlass) with selected games, applications, and content. On Windows 10, the app additionally serves as a launcher for PC games installed on a device (including games obtained from Microsoft Store and Steam), and provides access to th...

On Windows 10, the app additionally serves as a launcher for PC games installed on a device (including games obtained from Microsoft Store and Steam), and provides access to the system’s screen recording functions. During E3 2019, the existing version of the Xbox app for Windows 10 was renamed Xbox Console Companion , and a new Xbox app was introduced in beta—which is geared more specifically towards PC gaming, and serves as the client for the subscription service Xbox Game Pass Ultimate.

Updating FS2020 is already a clunky and confusing mess. Forcing the Xbox app on to PC users only adds to the confusion. In the early days, many serious flight sim enthusiasts were concerned about the link with the Xbox gaming console. WU5 and 6 together now illustrate just how much the Xbox link will influence Asobo’s priorities and, just as importantly, the imposition of the Microsoft games console ecosystem on our hobby. The worry for me is that the big money is in the Xbox games console and so I think pandering to the demands of its users will now always come first for Asobo.

If you read the info above, the xbox app has little to do with the xbox. Note that it is designed specifically to support PC gaming and act as a launcher etc.

I cannot understand why everyone is concerned and upset about this.

Well I uninstalled it when I first got the PC as I simply don’t like bloatware in general not only the bloatware from MS. Now I have to reinstall an otherwise useless Xbox app although I ran MSFS since day one without it. Certainly not happy.

If you’d been told you needed it before buying, would you still have bought the sim?