Just updated the game to 1.9.3.0
Cannot see Japan content in Marketplace, but when I click on the Tour of Japan I see the following pages 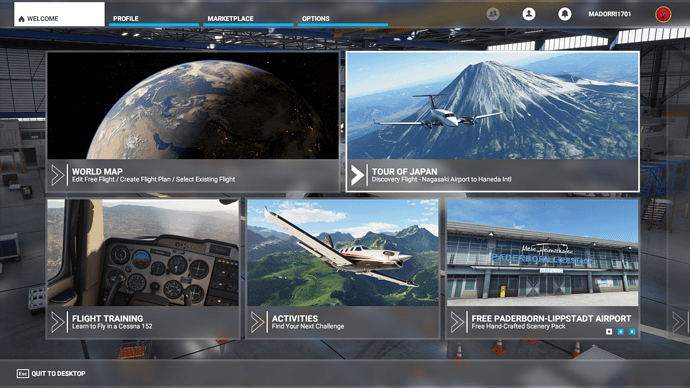 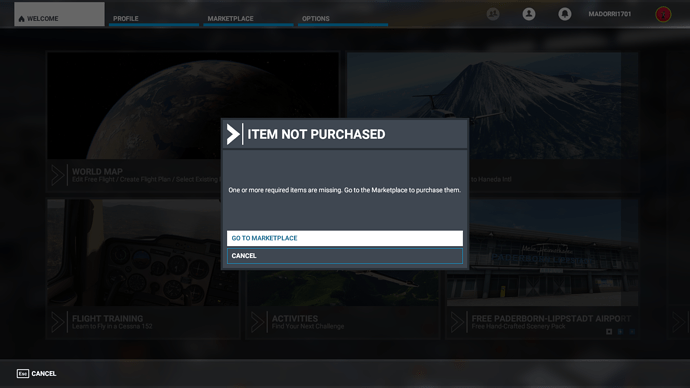 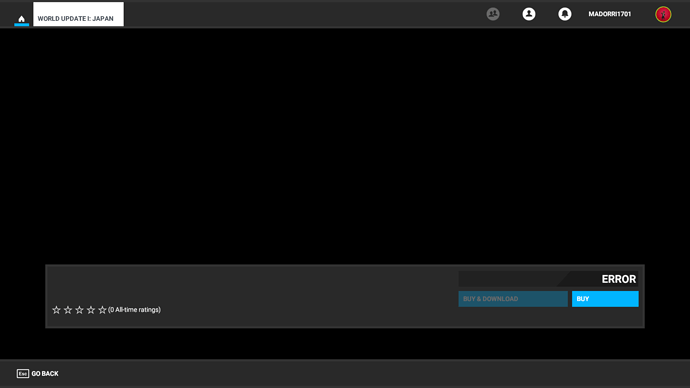 IMPORTANT - You must restart the sim between downloading the patch and getting the new content.

Almost the same problem here. I see Japan Update in the marketplace but both download and buy and buy are greyed out. Can’t install it

Exactly the same thing here sadly … so close, yet so far

I just waited a bit and it appeared.

Actually all contents are no longer purchasable in the marketplace, not only Japan, the whole thing seems now to be broken

So it is, well I’m sure they’ll hopefully be onto that a bit sharpish then if it’s affecting the 3rd parties too

The actual Japan content was pushed to the Marketplace around 8:30 am PDT - it should be available now. Please let us know. Thanks!

The Buy and Buy and Download buttons on the Marketplace for the update are non functional/greyed out for some of us as per the screenshot above. Plus other payware is the same just fyi

Still greyed out. I just verified

reboot after the update: it should then be there

I am still downloading - With previous the patch I had to restart my computer for changes to take effect. Some people were recommending signing out of both Xbox and MSFS, then back in, but a restart (much easier) did it for me.

Something to try that might work while those of us with slower bandwidth catch up!

it is in the marketplace, but rebooting the computer doesn’t sdolve the grayed out “BUY” and “BUY & DOWNLOAD” issues

1.9.33443×1435 4.1 MB
After the patch any content I select in the marketplace is no longer available for purchase, including the ones that were released last month… And Japan despite being free and shown, is also unavailable for download
ExpressTomato52 September 29, 2020, 4:14pm #18

Yes the entire market place is grey out, unable to buy, not related to Japan.

Just did likewise and same result. Was going to cough up for the Flightbeam KPDX as well today after the update but maybe not today