That would be great.

Because a quick look at the vPilot / Vatsim forum says the opposite nor did I find any hints that it would be fixed elsewhere. Please correct if I overlooked sth

Hi Ross, Is there anywhere to follow the status of your work to adjust airplane altitudes resulting from the MSFS implementation of the effect of non-standard pressure gradients on airplane true altitude? Or do we just wait until a new version of...

This thread may be old, before the fix was done. I’d say the best way then to confirm is to connect and check with ATC. They’ll give a definitive answer.

Do you remember when flying on Vatsim was awesome? Before it was ruined by SU5

Well… do you remember a General Discussion section where people would open a question like this with a title “Aircraft Lights off on VATSIM ?” And provide some proper description of what is going on ? instead of a clickbait title imposing an opinion on the reader and two lazy picture submits ? This is old news,

Sometimes I wonder if some users actually want MS/Asobo to solve issues in MSFS. Or just whine around and be pityful, begging true simmers for likes and sympathy… no offense… @Salem978 thanks for posting the repair.

There is a reason I put this post in General Discussions. It’s not really a question to be answered.

The only thing that has been consistent since the game release is that THE NUMBER OF BUGS ALWAYS GOES UP WITH EVERY UPDATE. Yes, I want the bugs to fixed because I payed money for this piece of software. But if history is anything to go by, the number of bugs will keep going up

That happens always, with every software program in the beginning of its life cycle. This is a 8-10 year project, things are still changed, with every update. Users find new bugs… developers cause new bugs…

This IS a clear bug, I acknowledge that, no discussion needed… why don’t you just vote ? There is a topic…

Hi guys, after World Update 6 I noticed that many IVAO aircrafts are invisible! They are there (I can hear their pilots communicating with tower or on Unicom) but I can’t see them. Specifically, this issue affects A321s, B744s, B738s and maybe even some other models. Have you experienced the same? Is there a way to solve the issue? Thanks

I’ve already voted.
And as far as I know creating general topics in “General Discussions” is allowed and there is no limit on the number of topics that can be created on a certain subject. So that being said, if you think the topic is not for you, then just ignore it, you won’t lose anything.

Of course it is ALLOWED pal… there is no forum rule that sais you can’t submit general complaints and general grievances about MSFS. But there are a lot of these topics… and I’ve seen experts (pilots) leave this forum because of the endless, undirected negativity. Do we really want that as members ? Experts leave because interesting topics are undermined everywhere ? not everything should be in rules… members have a responsibility too.

What?
I fly on IVAO and VATSIM regularly, no issues so far except for the plane leaving the flight plan when introducing the STAR, which is easily solvable by doing a direct to the next point.

And what do lights have to do? That is an issue with an addon, you have to update it, the new version of FBW has solved the issue.

EDIT: Oh you mean live traffic missing lights? Why would you use live traffic while on vatsim? You should turn it off or you will see tons of planes that are not actual players.

Hi, thanks for the comment but I think you misunderstood. Go through the comments in the thread

You misunderstood again.
To clarify, AI traffic includes planes injected by Vatsim in to the sim. Those planes do not have lights, making them impossible to see at night time.

You don’t care. Others do. Please leave, when you don’t want to use MSFS.

AI traffic includes planes injected by Vatsim in to the sim

If you turn off AI traffic you will still see VATSIM planes, if you keep it activated, as far as I know, you will see VATSIM planes + AI planes.
Lights in foreign traffic are indeed an issue, and that should be noted by Asobo and fixed in the next patch, but it is not, by any means, gamebreaking.

Only in situations when you are flying VFR during the night would the issue be actually dangerous.

my aircrafts are getting pixelated with this temporory fix!!!

And even when flying IFR it is a problem as I mentioned in earlier comments, especially on approach to a busy airport.

i am also using ONLY Vatsim 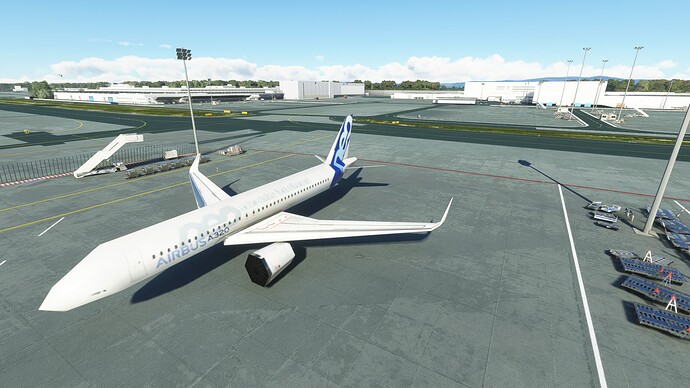 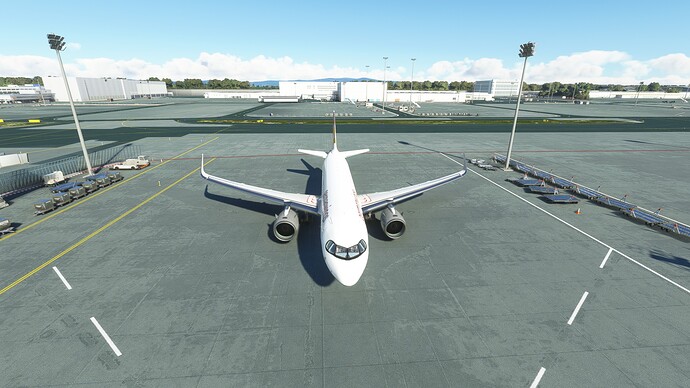 Now I‘m curious… this constant complaint about IFR not possible due to broken ATC… now you fly on Vatsim, don‘t tell me you‘re flying night VFR on there. In IFR it‘s the controller‘s job to seperate you from other aircraft and to keep them at a safe distance. With all the things to do as a single pilot in an Airbus or CRJ or CJ4 or whatever you fly maybe for ONCE stay on the ground and don‘t make a drama out of something you couldn‘t care less… you don‘t fly into each other im Vatsim, there are no midair collisions. I‘d agree on the complaint if it was about a lack of working TCAS/TAS/TIS/whatever as the first thing to do if you get a traffic warning in IFR is to reduce the radar distance but LIGHTS?! Seriously, you‘ll always find something that keeps you from flying if that‘s what you want. position lights guys… really…