This is the 2nd part of my MSFS flight planning series. If you have not read the 1st part, click here where you will read the first installment.

Ok. So we are back on the North American Southeast on the “Around the World VFR Tour”. As seen on my previous post (Weather planning), the forecasted conditions for the flight would allow me to fly VFR. On the day before the flight, a last check of the conditions show, as we expected, that the low pressure system has moved South east and that we are within a nice high pressure corridor that will promise a nice VFR flight conditions without much incident. Now the next step of the flight prep is to define the route. 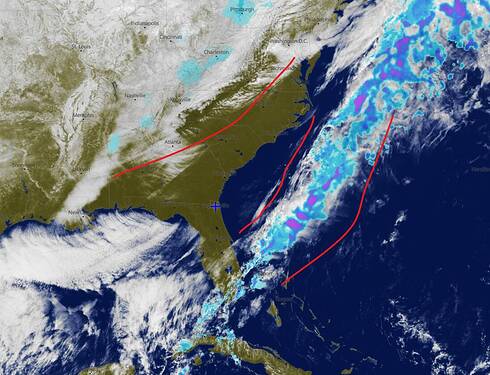 As I mentioned before, I am stationed at KJAX, a large regional airport and the intention is to fly along the coast on my way to Canada and eventually cross the Atlantic through the south of Greenland and into Europe. For this flight, I have selected to land on a smaller airport so I would be able to avoid heavy congested airspace and a packed terminal with heavy airliners chasing me down in final.

The best way to follow this process is to open a browser window and go to Skyvector.com. On the flight plan link, type KJAX (Departure box)

Based on my preferences, a flight of 170nm is about 2hrs on a C172. So starting on KJAX I select a big airport that is roughly at that distance, in this case, KCHS (Charleston, SC). So go ahead and type KCHS on the destination box. The initial route will take you directly and over the water for most of the flight. Not only, not ideal, but also boring. All I’d be seeing is the water for hours (see below) 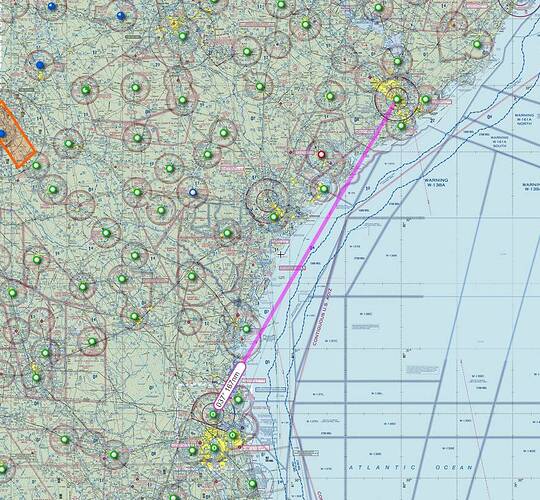 Also, taking a look at the map, KCHS is surrounded by a massive Class C airspace, and my route would take me through restricted airspace (Beaufort 1 MOA - Read about these restricted spaces here), things that ideally I want to avoid. On the map, there is a really nice airport, located just NW of KCHS, that is conveniently surrounded by hills (the blue triangles), is close enough to the city - which will make for a nice scenic landing - and is out of the Class C airspace, Summerville (KDYB). Right clicking the airport I can get a link that will show me the details: 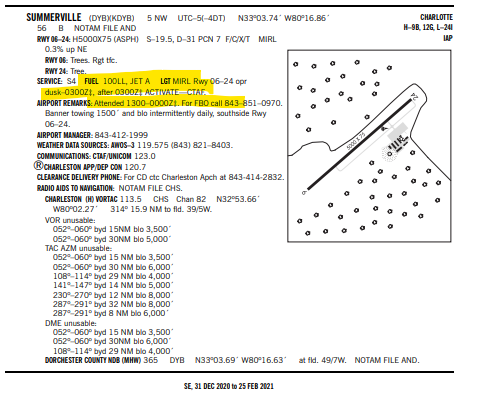 Single asphalt runway, 5000ft long. Airport is attended during the day and has illumination. More importantly: There is 100LL fuel for my C172, and the capability for major repairs (all these things are taken into account in real life). One more important thing: It has instrument approach and landing procedures, in case I get caught in some unexpected weather. This will be my destination. I replace the destination on the flight plan box for KDYB. 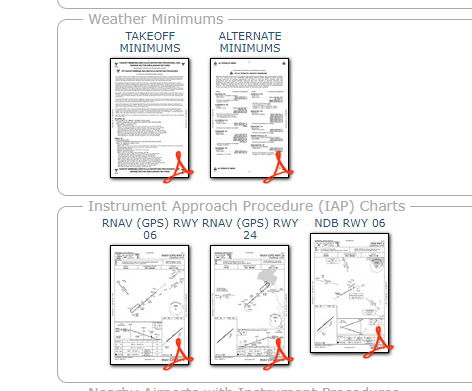 Now I have the route: 169.8 nm. The best route from A to B is a straight line, but in the real world we need to stay away from restricted airspace and have backstops planned to breakdown the route so we can follow a nice plan and be ready for any problems, but for now lets zoom into the departure.

As I take off from KJAX, it would be nice to have a heading to follow, just north of the airport, there is a VOR, Brunswick (SSI), if I bring my route there, Skyvector suggests it and I put in the plan, the added bonus is that it will keep me off the Coastal 4 MOA. I could just stay around the coast all the way to savannah (KSAV) but there is the Beaufort MOAs just north of the airport. the best decision will be to bring the route west into the Savana VORTAC (SAV) which will still keep me out of the Coastal MOAs. The only problem is that this is Class C airspace (see picture below), but the good news is that the ceiling of the Savanah Class C is 4100 feet (that’s what the “41” number means), so if I fly at 5500’ which will likely be my cruise altitude, I would be above it. 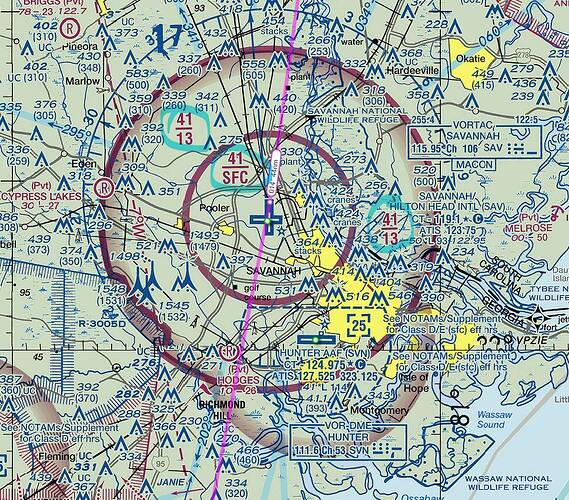 flying out SAV I will be in the middle of the Beaufort MOAs again, so the best way to avoid them is to fly west, I will be using the VOR radial and a nice railroad that will be on my left, very visible towards a small strip called Hampton CO (3J0), a single asphalt 3500 feet runway, which I select on my plan.

The last leg of the trip will take me north of the town of Waterboro and Lowconutry Regional Airport (KRBW) and finally towards my destination.

I usually do this 24hrs before the flight. And this process takes about 5 min. 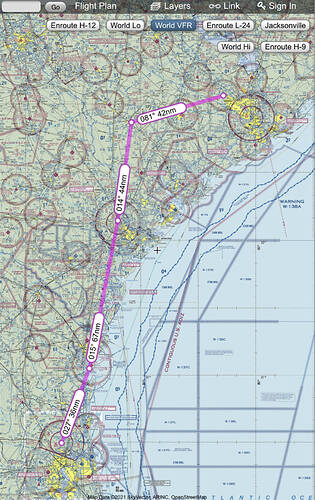 This is not by any means the end of the routing. In the next chapter we will calculate the headings and distances of the route, we will add more backstops in our route to check for fuel, time and general orientation on the map, we will come up with a script so we know exactly what step is next, who will be talking to us on ATC and how long every leg will take. The goal is that could do this without the GPS, just looking out the window.

Once we have the full route we will fill up our VFR plan form that will help us obtain not only the compass headings, but also times, fuel used on each leg, and weight + balance information for the whole flight. Stay Tuned.

More posts on these series:

All these are critical components of Dead Reckoning, and pilotage, so we can ditch the GPS and fly this just by looking outside and comparing the references on the map to the planned route. Its really cool and makes for a fun flight on a VFR simulation platform, just like MSFS.

This is a great series, thank you so much for taking the time to write it!

Thank you for your excellent series.

Btw., you’ve mentioned in the first part that you miss some kind of an in-game VR browser. If you own an Oculus VR, you could use this simple workaround: Viewing approach plates in VR - #6 by PiperPilot4949

There is another article up.

Thanks for the tip. I have the HP G2. I haven’t been able to have anything open on it.