I see a lot of cool new things for my little nephew. But what about the serious sim stuff? When will that be fixed? Aircraft still act strange on the ground, there is no turbulence and no wind gusts. And one type of cloud. In a flight simulator.

Dronespeed working since last update not more, it still by 4% so maybe this this copter is is a replacement

Odd, I can still change drone speed with F1 and F2, drone exposure however is broken Ctrl F3 and Ctrl F4 don’t work anymore and binding other keys to the function doesn’t help. It does seem to work on an XBox controller, but I don’t have one.

I don’t know but I think the JU-52 might be one of the coolest add-ons yet. To me Asobo and partners make the best planes - model, sounds, textures. I mean nobody else scans their planes in, and I’ve seen their recording equipment. But I’m probably in the minority on this forum, I fly for fun, to take in the sound and visuals, and to enjoy a plausible simulation of engines and physics.

Do you guys think about how many wide eyes and bright smiles MSFS has brought to the world? Shattering franchise records they say, which is awesome. That’s funding for development with no end in sight.

Shattering franchise records they say, which is awesome. That’s funding for development with no end in sight.

Indeed, and perhaps a surplus of time over available other, more useful activities

Reno Air Race expansion: Please stop treating me as if I were a 6 year old kid. Thank you

This 57-year old is looking forward to it. It looks fun.

Never lose your ability to have fun.

yes true F1 and F2 works for Dronespeed, but its change more in the same time. Is crazy

Focus on the thread topic, NOT on each other. This thread will be actioned if folks don’t get back on the rails.

Can’t wait for the Volocopter. This thing desperately needs a vehicle that flies like a drone or helicopter so that we can go on sight-seeing trips more easily. It’s a lot easier on PC to get around menus, but on XBox it’s a right royal pain to fly, pause, go to drone view, close menus and unpause. Just unnecessary complex, and so this vehicle is a godsend.

This thing is awesome! I could never really fly RC helicopters but never had any problems with drones because of their high flight stability and computer gyros. I assume the Volocopter will fly the same way. And it flies without any rudders but by turning the flightstick - that´s an interesting fly by wire design.

By the way a year ago or so another fantastic helicopter was introduced - with four coaxial rotors: 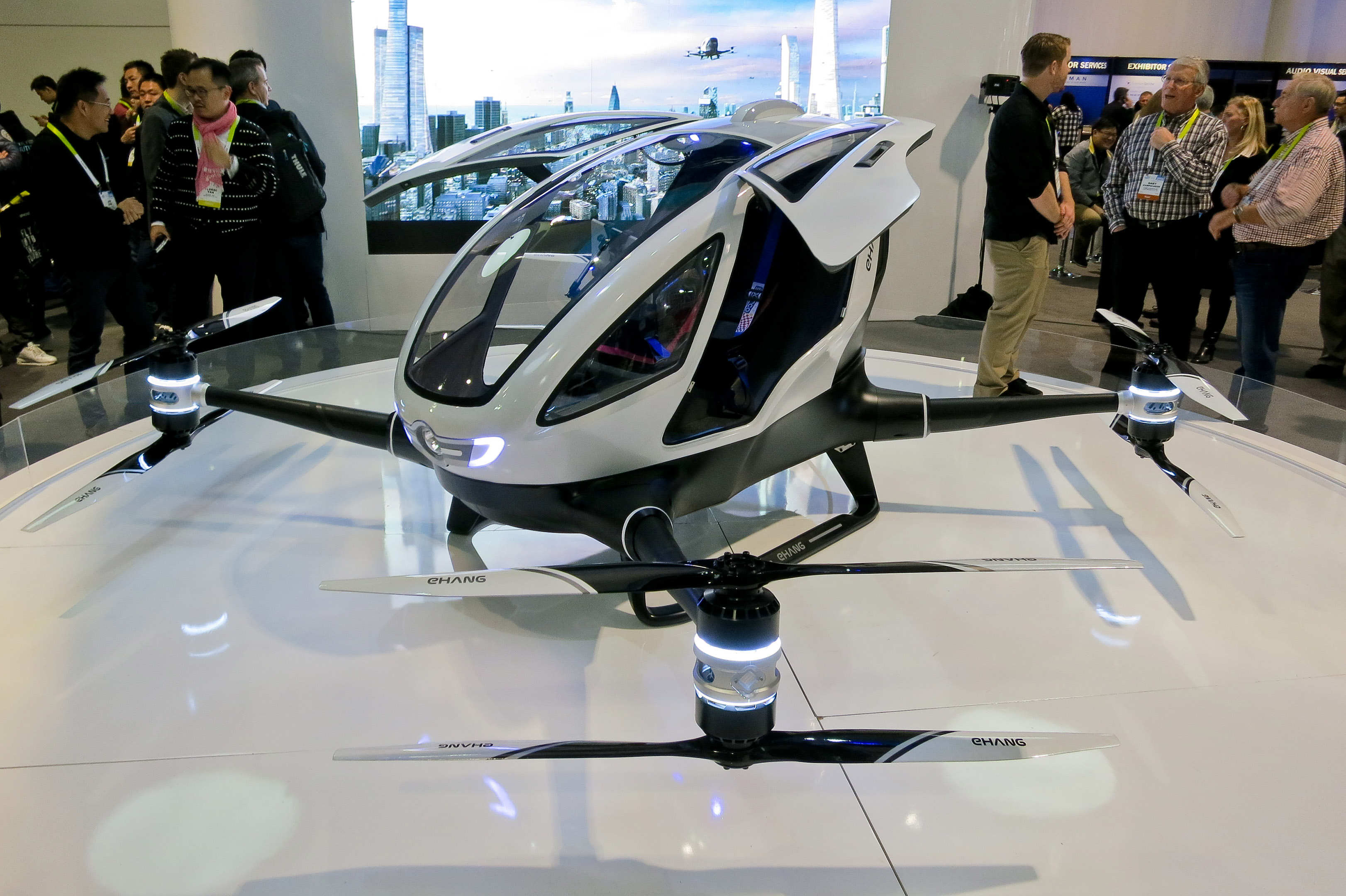 The Flight Simulator should have this, it looks even more beautyful futuristic and minimalistic than the Volocopter

I never had the urge to have a real airplane but I really want this. This thing is awesome like a personal aeronatical vehicle, some kind of flying small sports coupè.
And it looks kinda small - I could fly it to buy groceries daily.

Agreed, and okay if they don’t loose site of the non xbox gamer crowd who want more study level components.

Aviation is about more than just flying A320 hands off at FL380. While realism here is important, it’s a small portion of the overall experience.

Reno Air Race expansion: Please stop treating me as if I were a 6 year old kid. Thank you

The weird stuck up ‘I’m not a gamer, I’m a serious simmer’ attitude of some people here literally makes no logical sense sometimes.

Aviation is about more than just flying A320 hands off at FL380.

A lot of simmers neglect to fly these things under bridges. Great fun.

Seriously though, yes, I agree with what you say. A bit like most things in life. If you put more effort in (learn aircraft systems, start up procedures, flight planning, follow ATC etc) it becomes quite immersive and a longer term interest

Seriously though, yes, I agree with what you say. A bit like most things in life. If you put more effort in (learn aircraft systems, start up procedures, flight planning, follow ATC etc) it becomes quite immersive and a longer term interest

Exactly. The fun flights arranged on discord are great, so are the challanges, etc, and is is the fact you can practice your IRL flight patterns, radio calls, procedures etc on vatsim.

Both segements are value add, and I hope BOTH segments (Fun flights / core simmers & traininers) are kept in scope for the long term.

When will we see the good old epic hotair ballons? i miss them at the airport

Actually it kinda killed it for me for now. I’m running into more and more bugs with proper flight planning, following procedures, following ATC etc. When 9 out of 10 flights run into bugs, it stops being fun. I hope flight planning and ATC will be fixed or at least improved with the next update, or FS2020 will become a ‘check out for a day or two after an update’ kind of affair.

@anon5812396 A round the world balloon trip, somehow that does sound like a fun challenge!

Actually it kinda killed it for me for now. I’m running into more and more bugs with proper flight planning, following procedures, following ATC etc. When 9 out of 10 flights run into bugs, it stops being fun.

Yes, I understand your frustration

When it stops being fun then that is the time to stop playing the sim or even visiting the forums which at times can have a negative impact on you with all the negativity, complaints and rants etc.

There’s no real benefit in spending your free leisure time on something which you are not enjoying. The trick I’ve found is to actually realise this and to do something else which is more rewarding.

Agreed, I’ve been enjoying Road 96 for now and eyeing what’s in my backlog while refreshing the store page to check if a ps5 ever becomes available here. Plus I finally started watching S4 of the Expanse instead of trying another doomed flight

At least it should be easy to come back to FS2020. I took a break with Elite Dangerous as well, which put me so far back in the grind I was now flying an ancient relic with a huge effort ahead to get back on the curve. FS2020’s only risk is forgetting all the key and button binds. (Which I also did with ED and promptly crashed into a planet after resuming. Turned out Customer Service does have a heart, one time exception to receive a rewind instead of losing months of previous progress)