OK fair enough, but when the sim loads and says “visibility - 1.38nm” and generates clear skies, something is wrong. Whether its the data telling the sim that is the visibility, or the Sim’s ability to generate low vis, something is not working as it should.

I think the data is correct it is just that the visualisation engine cannot turn that into visually bad horizontal visibility. E.g. start with clear skies, create a new preset and create a cloud layer from surface to 200ft AGL. It might look very slightly misty.

Outside the sim, make another preset with the cloud base 2000ft below the surface to 200ft AGL and it looks much more like fog.

I.e. the density of the cloud and hence the horizontal visibility within it appears to be related to the height of said cloud.

So I reckon the sim is receiving good data, just that the cloud engine isn’t dealing with it well.

I built a simple set of mist/fog presets to demonstrate this here: 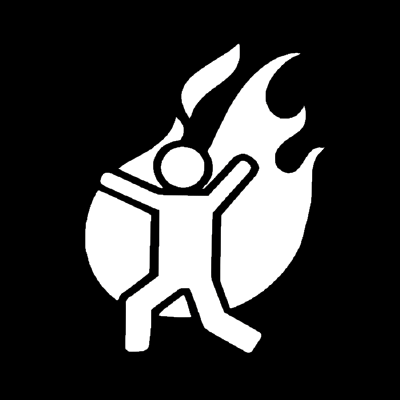 I guess the visibility 1.38 nm is what the sim reads from the live METAR data but clouds come from the Meteoblue model as far as I know. That is for sure an issue…
I think it is easy to inject temperature, winds and pressure from METAR around an airport but it is probably more difficult to mix a layer of low stratus seen by the METAR with a model that does not see any low stratus at all. But as I said before, when the model sees low stratus, we do get fog in the sim.
The model announce a stronger temperature inversion at KIKK tomorrow morning, the fog layer should be thicker, it will be interesting to see what the sim will show in live weather…

@DNBOF I agree with you 100%. Sim weather engine needs work, especially clouds/visibility. I found FSX was the same, never really saw proper fog in 14 years of flying. Hopefully not the same story here

Live Weather Does Not Match Weather

Okay, so I followed the suggestion of loading the flight on clear skies and then manually selecting live weather, the results have improved big time atleast in terms of pressure, temperature and wind. Thumbs up for that suggestion! Unfortunately though, the sim can’t read things like fog, haze, mist, smoke and other visibility related data from the weather model and always has crystal clear visibility around the airport. How can the visibility aspect being so significant part of simulation be l…

Posted this in other thread but I guess it’s very relevant here.

Yeah, I have to say I did this and it seemed to right the weather somewhat.

I’ll try to keep this thread alive. I’ve been flying since september and I have yet to encounter hard IFR conditions in fog. A few days ago I went through SkyVector and looked at airports with fog reported. Many of them were reporting indefinite ceilings at 100 or 200 feet (vertical visibility), but you can see actually see the runway well before that, which is really bad for IFR and go around practise, or making autolands. At many airports equipped with ILS up to CATIII you will never descend below minimums without seeing the runway.
Something needs to be done about this.

It does exist, you just haven’t seen it yet.

I’ve seen situations where I could only see the near end of the runway on final. The other end was completely obscured. Others I could not see the runway till I was a few hundred feet up, and almost at the threshold.

You can argue whether it was fog, or cloud that I saw if you like.

It is not possible to manually set fog (at any airport) at a precise visibility or RVR value without reverting to workarounds like making custom presets outside of the UI. Accurate RVR and visibility settings are a must for IFR training.

When I break out the runway threshold lights, I am approximately 80’ AGL and (.12) nm distance - way below MDA and RVR for the aircraft I’m flying (and my skill level): 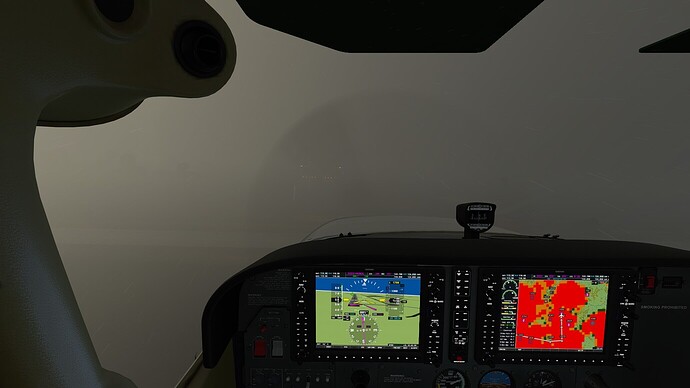 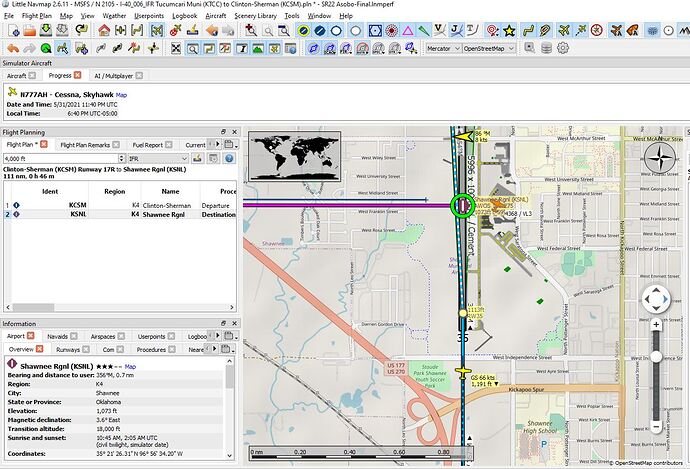 Weird, because in my almost 500 hours of flying I’ve never encountered visibility low enough to make an autoland. Maybe once in a rain… but that’s not fog. And I’ve been flying all around Europe… autumn, winter, spring and now summer. Yet fogs were/are non-existent.

This coincided with a series of bad storms across the Midwest and the South of the US, it was actually pretty neat storm chasing. I racked up a lot of IFR hours during my cross-country trip.

Because there is some misunderstanding whether or not fog is possible (it is), I created a new vote here:

All flight simulators that I know of have a visibility slider, except MSFS. The ability to set an accurate visibility and RVR at any airport without having to rely on a METAR is a must for IFR training. If you want to practice low visibility approaches, finding an airport somewhere around the world where there happens to be dense fog is not a suitable workaround, especially if you need to practice the approach at a certain airport. Adding custom weather presets is not a suitable workaround eith…

Fog is possible (via live weather or presets), but what we really need is a Visibility / RVR slider in the Weather Settings dialog so we can set accurate fog at any airport without having to use workarounds or live weather.

If this is what you want, please vote at the new thread.

The current weather system does not allow a visibility below approximately 3000 m (aerosol density 100%) and no low visibility take-offs and or landings are therefore possible. It is possible to put the cloud ceiling on ground level, but precise control of visibility / RVR is unavailable currently. Also “aerosol” sounds fancy but its not very practical it would be better to change it to visibility / RVR with absolute values in meters / km or miles rather than %.

We don’t have Visibility/RVR sliders, because MSFS’s weather system isn’t humidity based. That’s precisely the reason while “fogs” in game are not fogs at all. I’d really like to see fogs with visibility less than 200 meters, but that’s impossible in the sim at the moment.

While the method may be different, I have seen on many occasions where visibility is very low. On takeoff I can’t see the 1000ft markers, sometimes even less than that.

Given two different methods of attempting to represent the same thing, using ground level clouds vs actual fog, how would fog differ visually if simulated correctly?

Maybe this autumn/winter will be different. Because last year the “weather advancement” bug was present I’d say constantly… it meant that from around 20Z to 08Z next day the weather was absolutely wrong and was actually many, many hours ahead.
In Central Europe that meant zero radiation fogs etc.

Using ground level clouds doesn’t give you CAT III a/b/c conditions. Properly simulated fog would give you CATIIIc conditions without problem, the decision height and RVRs can be virtually zero and you’re still able to autoland.

Also - the runway lights in sim are way too bright and can be seen at unrealistic distances. Tweaking that would make landing in foggy weather much better IMO.

I suggest this video if you want to see what a proper fog looks like and what we’d like to see in the sim: 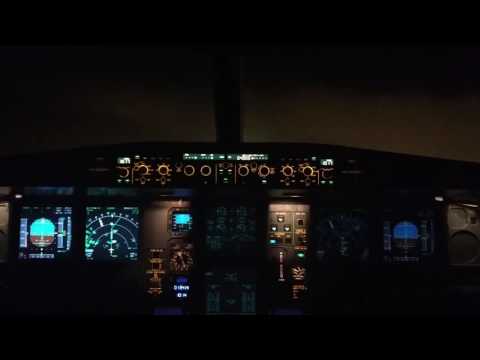 It wasn’t until the callout was “30…20” that you could even see the lights. I don’t think I’ve ever seen it that thick in the sim.