The Aerosoft CRJ is not flyable for many users after SU5. The Aerosoft Devs have identified all issues and notified Asobo about what fixes are needed in the core sim for the CRJ to fly again, but was not included in the latest fix.

Like many simmers, I believe the CRJ is the best quality jetairliner so far, and a fix is needed asap.

Wanted to fly& try the cool new free McDonnel Douglas Orbis Flying eye Hospital ,but the fly button is disabled in the world map , if I have the plane selected

Sorry, I don’t mean external view… I meant to look at the instruments, and look outside from the cockpit…

It’s not meant to be flyable. Read the news section in game.

Good point. I’ll be away from my computer for 4 weeks starting on the 10th August, and am looking forward to putting this thing back in its box and regain some sanity.

oh just for touring inside then. It could be kind of fun though, repatriating people who got sick or mixed up in accidents etc with it.Maybe they could add the Falcon 7x or 8x I suggested in this topic instead;

Why not the "other" business jets? Wishlist

I have heard various suggestions as to why business jets from Bombardier or Gulfstream have never featured in any of the flight sims - mainly suggestions that the manufacturers don’t want them in there, for whatever reason… (copyright/trademark etc). But then how has the Canadair/Bombardier CRJ slipped in?? Maybe there is not much of a market for these aircraft and publishers haven’t bothered developing them? I for one would love a Bombardier Global or Challenger aircraft in FS2020 or a Gulfst…

Autopilot is a bit off,always flying about 500 ft below assigned altitude.
Thought i’d fix this by requesting 1000ft decrease,but the problem remains 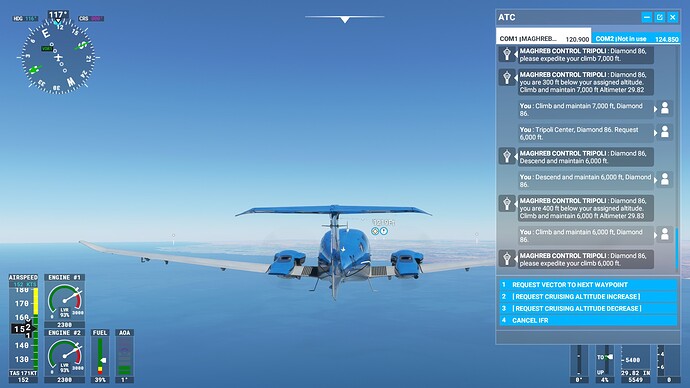 20210731155542_11920×1080 267 KB
Message keeps spamming ATC & pilot keeps confirming back & forth on autopilot
Disabling auto pilot & climbing to assigned altitude doesn’t fix it either.The plane descends again to an altitude that is off the moment you put auto pilot on again.
After each time the ATC requests “expeditte your climb” the message “engaging autopilot” keeps following too
Altimeter problems - altitude hold and ATC altitude
ColinM99912 July 31, 2021, 2:28pm #418

Can’t create a thread so I’ll post here instead.

Just tried the Cessna 172 following the most recent patch. Although my throttle quadrant (sliding potentiometer) is recognized in the settings, the throttle itself no longer moves. This worked fine prior to the most recent update.

The pilot avatar models also got broken, discovered it while working on the airline uniforms. 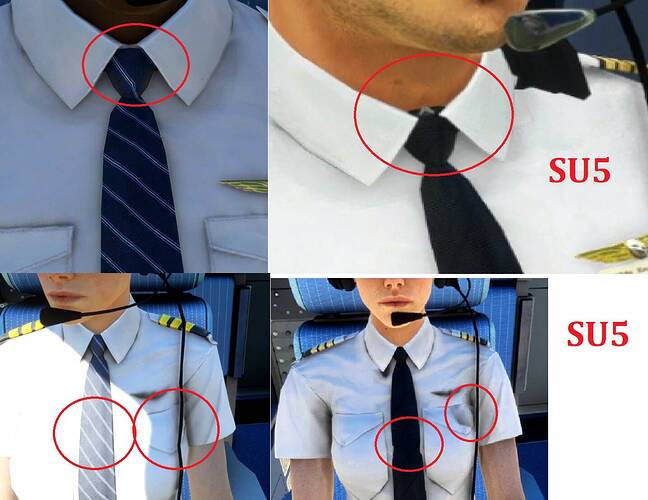 Lol. With all the other things they could spend time on they’re working on someone’s tie.

I think they decided to optimize the models and either reduced polygons or something else that broke it. But as the pilot avatars are only available with mods I think they did not put any attention about how it will look.

Your experience may be different than mine of course.
Many (incl. Asobo) have recommended removing everything from Community folder, but I left all the airplane addons and it was not an issue. Have not added scenery yet, though.

My biggest gripe is those pink checkered planes and the redraw of objects every time you look away and back at the same spot.

But considering that our beloved FS 2020 is still growing up, I can accept some of these stumbles for now. I am sure it will grow up to be an Olympic champion!!!

Settings do not stick since SU5 Install, Performance & Graphics

Do you have any add-ons in your Community folder? If yes, please remove and retest before posting. No, I did the test without any addons. Adding them all back does not change a thing. Are you using Developer Mode or made changes in it? No Brief description of the issue: If I fire up MSFS, I check the menue and my settings are on “ultra”. However, starting a flight quickly shows that the settings are for sure NOT ultra. Switching to “medium”, clicking on “apply & save” and then back to “ultr…

Hate this transparent walls at airports. San Diego had it and now Philadelphia also has them . See the floating ceilings but no walls to support them!!!
And of course those pink planes in the background that dont render at this distance 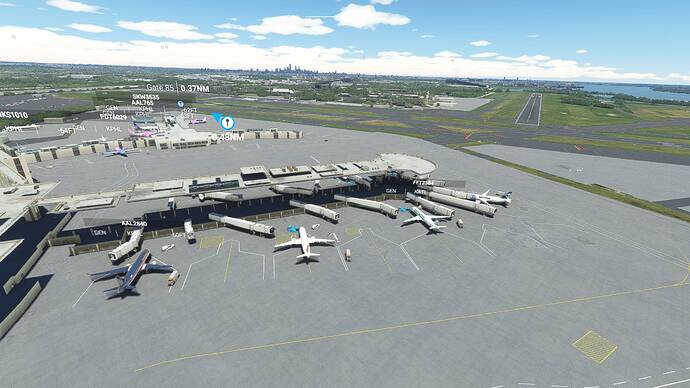 got it, so something wrong with gps rendering(must be)

hurrying to the flight in the morning, what the problem?

Also for Boeing the autopilot is off ,like for the Diamond plane I linked earlier.
in between the “altimeter not set,press b” keeps popping up.& pressing b doesnt seem to correct it like before. 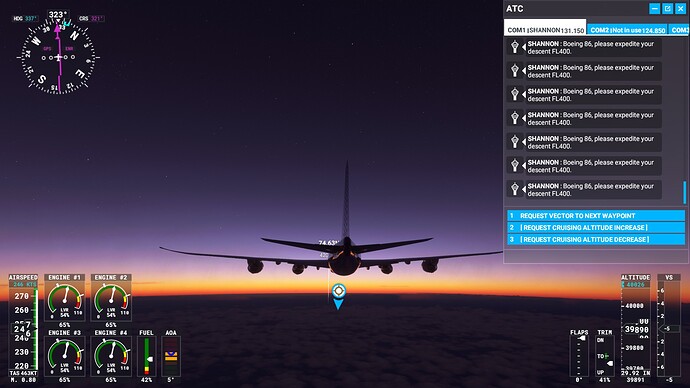 The request “please expedite your descent” keeps spamming the ATC.Which is quite annoying.

This new gameplay is driving me crazy!I tried setting ATC to AI but it doesn’t work atm. (AI radio communications is on, but it’s not answering calls) [Going Crazy] Now text to speech bugged out, continuing with sleepy canned voices [Going Crazy 2] And it flew me into a mountain, descend to 6,400ft. I was still over 8,000ft, warning 2500, 1000, crash. Need a height map in bad weather!

ALso notice that the given airspeed is at all times 246 while I believe the top airspeed is 450ish of Boeing?

It would be nice if at certain points during atc flight & at different hights ,different airspeeds are requested.
I did one flight once near Zurich where that was the case.Never had such a follow up again.It was amazing.
Now always fixed airspeed.But shouldn’t airspeed adjust based on altitude? My uncle was a pilot & he once told me that at different altitudes you need different speeds to not overstress the engines (think at lower altitude it was easier to overstress the engine if i remember right,he dead now so cant ask him).Would be nice if they put more variety there too

Thunderstorms are back again on clear days. Is anyone having this issue?

They were never gone though. So I guess you were lucky for a while