I’ve seen a few pics but this shows it quite clearly. I’m sure at some point they’ll fix it or allow as an option, it’s probably going to take awhile though.

Welcome to xbox on PC…It’s great not!

I also made some comparison shots…

The render distance of buildings was decreased since… but not for much. At least not in my cases. Only in one screenshot (174) I was able to see less buildings in SU5 vs Initial Release. For all screenshots applies: left side… 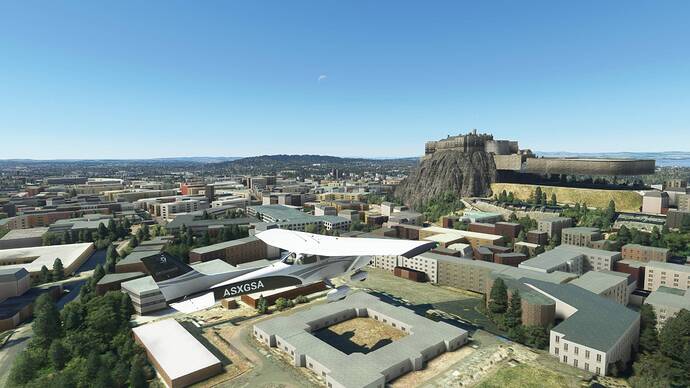 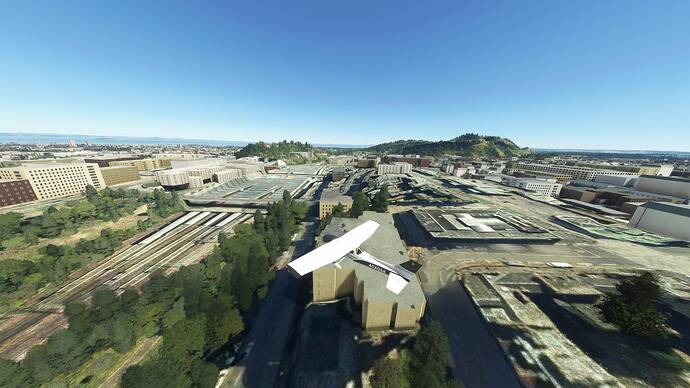 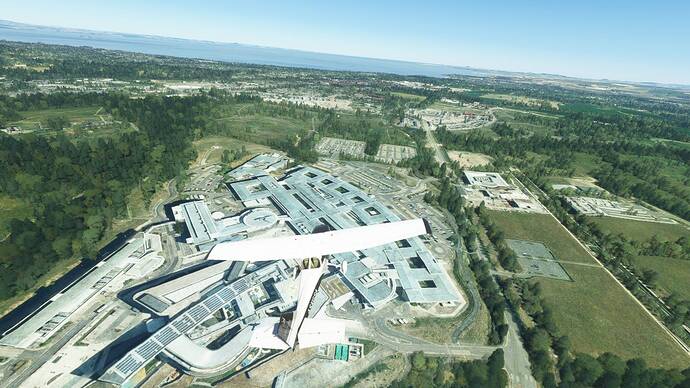 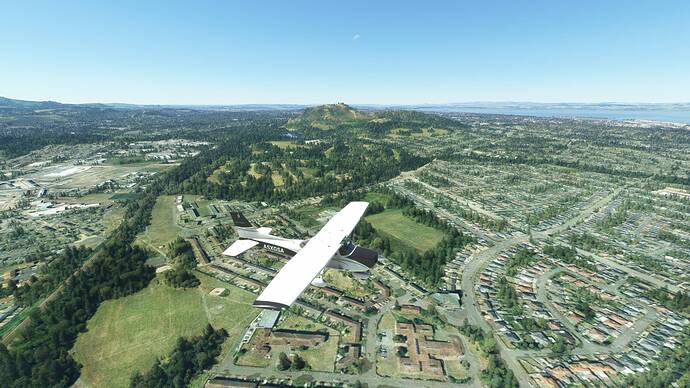 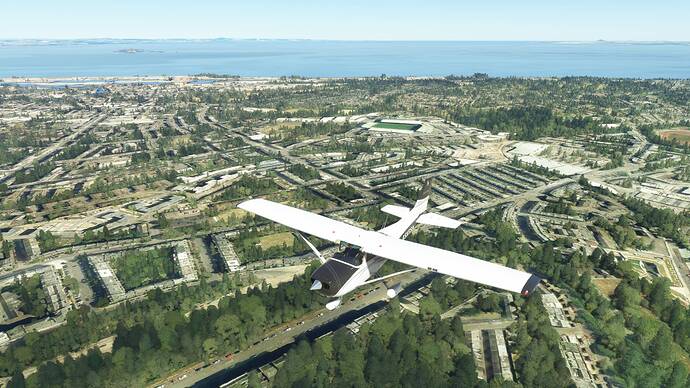 And you get people on here saying nothings wrong… There is something defo wrong with this sim now after the Xbox release.

Visuals are definitely way off. Just finished a flight in the A32NX with a cruise of FL290 and the ground textures at that altitude made me feel like I needed glasses. They weren’t just the previous low detail of SU4 and earlier, they were flat out blurry as well. This was over France with photogrametry etc all on.

The buildings look similar to the original pic to me, screenshot from a series X, tried to match as close as possible to OPs location and lighting as possible… 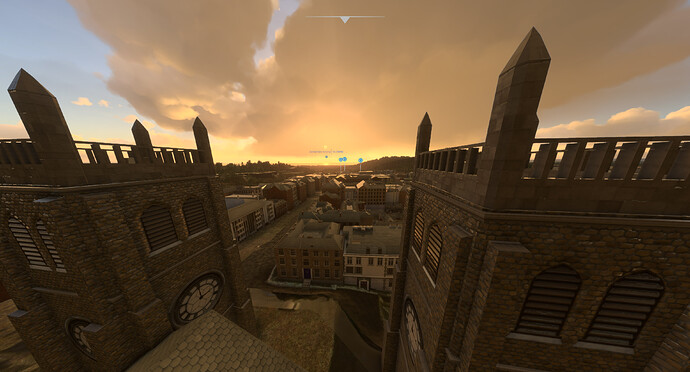 Since the theory of a downgrade to accommodate Xbox is out the window, I’d hazard a guess that server load due to a whole heap of new players is currently to blame for the drop in visuals for folks with ultra high end PCs.

Yes. These are the correct buildings as I remember them from pre SU5 visits and the screenshots I have from earlier in the year.

I guess those of us posting the wierd images must have had access to the bing maps data because there does appear to be satellite type imagery in the screenshots.

However the incorrect building types? A different server? Locally stored assets that have become corrupted after the SU5 update on PC?

(That several users posted images of the same building types I’m leaning towards a server. We can’t possibly all have glitched our local assets the same way right?)

Is it possible that the update has uninstalled the world updates? That would account for the incorrect building types.

That was amongst the first things I checked in the content manager.

Apparently they are all there.
I didn’t actually check at an install directory level though to see if any of files were modified last Tuesday.

The modern buildings visible in the screenshots posted are the generic procedurally generated models which were replaced with local variants after various World Updates. In a traditional game/sim these would be locally stored assets.

Are Xbox users being given preferential treatment on scenery assets now??

Looks about right at FL350…

You do know that the su4 version there has Orbx Lobdon Landmarks and the SU5 one doesn’t?

That still wouldn’t explain the loss of the UK World update building styles and their replacement by generic modern blocks. (as pre WU)

The screenshots are from London and taken from a video I made a few days ago, not the original poster’sscreenshots. They are being used to illustrate a point but the poster has neglected to include the qualification I made when I first posted the video. It is being used out of context to further his own agenda.

That loss is a server and world update issue, unrelated to the alleged downgrading. But if you think that furthers your narrative, job on

I second this - just had a look at Edinburgh myself. There’s a sizable chunk of autogen missing completely. As Gordon said, does not provide any evidence for a downgrade at all and is clearly a bug or server issue.

If this was evidence of a downgrade surely this kind of thing would be evident much more widely. Turning off the scenery in 1 city in the UK doesn’t improve performance across the globe surely!

Here’s an example of the same thing I took last night - autogen not showing up, with just the base satellite imagery showing: 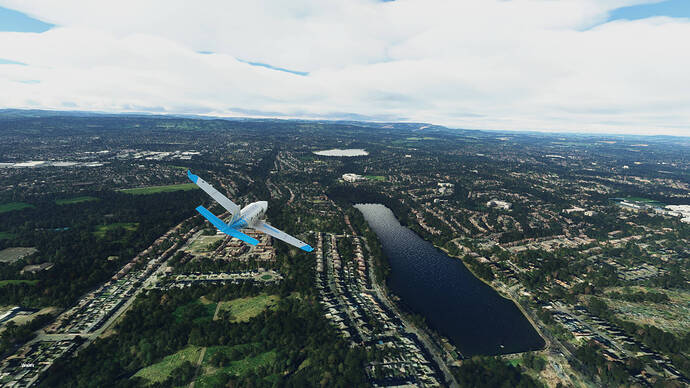 But here’s one taklen shortly after of Warwick, where the autogen is showing 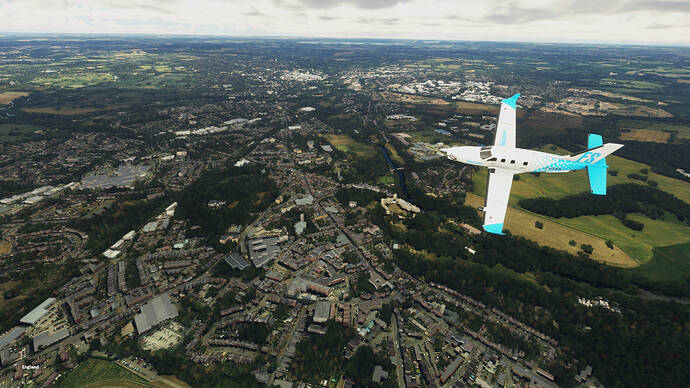 Rather than posting here with all the hyperbole, people should just log it with Zendesk. It might then get fixed. Obviously that doesn’t help further the agenda that some people are pushing though.

I found them in this YT vid (starts at 3 mins):
🔴4K Edinburgh Flight | Microsoft Flight Simulator 2020 [RTX 3090] - YouTube) - not sure if it uses any 3rd party content though.
I also found this one which looks pretty good and the guy is talking of photogrammetry:
MSFS 2020 | Bimbles around Britain 13: Cessna 152 Edinburgh to Newcastle VFR - YouTube 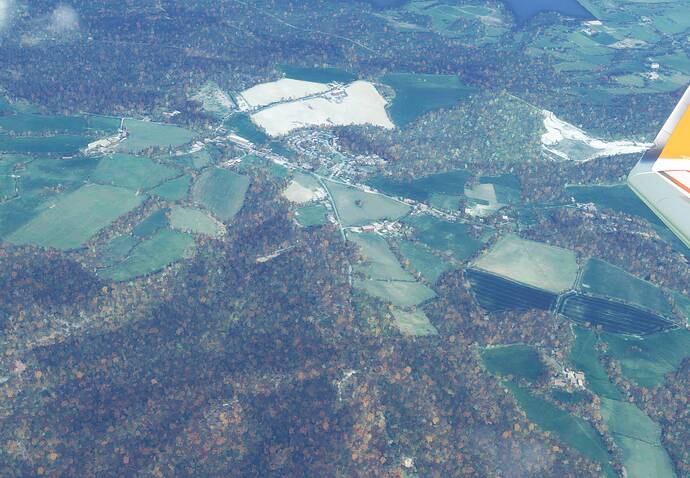