Toolbar Broken in VR - While using a VR headset and controllers, you are unable to select any of the options in the toolbar menu, or they appear to do nothing.

The team has confirmed and identified the issue. A fix is in place for an upcoming release.

I guess that means February?

As of yet is there any method to remove controller detection from within MSFS?

Here is your opportunity to help.

I guess “Steam MSFS” is out of the equation…

With respect to most of the problems introduced as a result of SU7, this has been the reply

“A fix is in place for an upcoming release.” 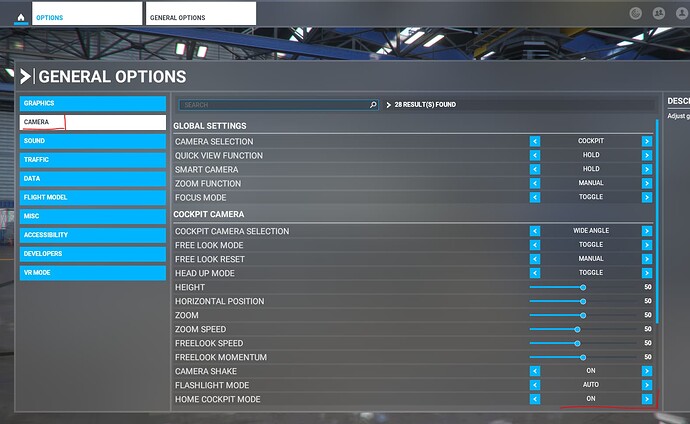 You will see, that you are sitting way behind the joke, the space key (or which ever key is your reset button for VR cam) is not working.

Some key bindings as set baro with “B” are not working, but we are able to enjoy VR! 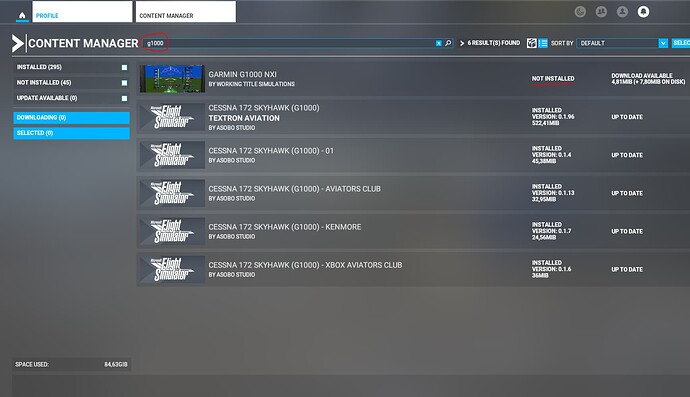 Now the flight plan is loaded to the original G1000

IMPORTANT!
After landing, confirm you landing and !DO NOT GO TO MAIN MENU! - click continue and WAIT until the white line appears on your VFR Map. Now you can enjoy the next leg or exit to main menu.
If you resume the trip, the flight plan is loaded.

Yep.
As I said: it is now part of the general workflow, will not be hotfixed bit instead has to wait for a later release

At least they will give us a test build on monday.
Lets hope it is not restricted in other fields amd we can actually test their results and help polish them before final release.

I hope it works out!

Hmm, you sure you are not included?
I understand it that way, that only STEAM users are left behind.

I bought my copy on marketplace, so I am in but as said, I expect you will have that option as well.
I think this is exclusively because MS has to make sure that only regular owners can access.
As they can’t evaluate steam customers, they are not included. But everyone else should be easily legitimated by MS.

Try another aircraft. CTRL-0 only works if there aren’t 9+ instrument views defined for the aircraft you’re flying. For example, I had to mod the Caravan to make it work.

Same here! Control panel and windows like Map, etc. are not move/usable in VR anymore. Further, FS2020 often crashes when I activate VR with Strg+Tab in the game (mostly at the time i activate the VR Controller (HTC Vive)). Before U7 i had no problems with VR at all.

What an anti-climax “game of the year edition”, It seems to be the complete opposite “worst game of the year edition”. VR is completely ruined. not only does the toolbar not work with mouse interaction, controlling and interacting with flight control switches, knobs and buttons is also completely dysfunctional. No way to be able to enjoy VR flying. Strange inexplicable things also happen in normal mode (A320 engine overheating??).
I’ve great respect for the achievements of MS/Asobo with MSFS, but I begin to doubt their professionalism and competence with regard to quality control, before releasing updates.
I guess it is the usual, QC cost money, effort and time, a new update with a shiny name gives (perhaps) more paying customers.

Those work arounds get reset every time you either touch the keyboard or the hat in your yoke when switching to external view. I can’t fly like that. I assume you are talking about the CTRL-0 +middle mouse. The other “work around” that was talked about, switching to home cockpit settings, keeps you from being able to click on knobs and switches. Sometimes those clicks work until you touch something else and everything gets out of whack. I completely lose the immersion when I have to walk such a fine line. Supposedly it has been fixed already and Asobo is waiting for “testers” to sign up and they will release the patch on Monday (to testers). Fix is on the way. It will not fix their reputation thought. They have a long walk ahead of them to re gain their base trust.

Great, two days to update MSFS due to errors during installation, then when I can finally use it I get stuck with windows on the screen that I cannot move or close and the toolbar that is not working.
Quite a step backwards, considering that it was working before this update…

and I was even happy that finally they got the VR controllers working. Pity I can’t fly in VR now.

Pitty, everything useless if the basic VR function are compromised!! Worthless, clearly not qualified for GOTY

Please Report this also to Zendesk, so they know about the problems. I suggested them to make the updates on optional base, so everyone can decide if downloading or not, or maybe later, when major problems and bugs are fixed… now with VR it’s not worth it to Play with all the issues.

According to the leaked patch notes this issue is Fixed in the upcoming Hotfix.