So say the latest Nvidia driver combined with specific models of the 2080 ti can cause the issue, but the same issue doesn’t crop up with the same drivers combined with my 1660 ti by MSI. Maybe the combination with the CPU can also cause it to appear or not. Then let’s add specific settings on top of that.

It’s a massive quagmire with hundreds of variables.

That being said, they definitely acknowledged the issue during the live stream. They simply said they haven’t found what may be causing it in some users’ machines.

I agree that it’s a complex issue. And really hope it gets fixed.

Oh, is that the new NOAA C172 Hurricane Hunter I’ve been hearing rumors about?

I did find this a bit timely and funny… from another popular forum.

The lightning bug has been documented. 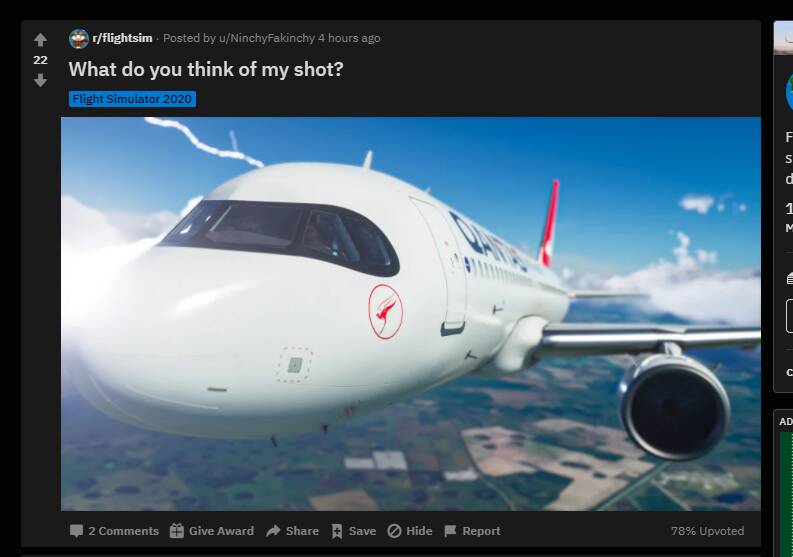 I did find this a bit timely and funny… from another popular forum.

The lightning bug has been documented.

They did not say the lightning bug does not exist nor that they can’t document its existence. They said they have not yet found what in the code causes it.

It’s Meteoblue, not metro. And in the live stream, they literally said airport weather is METAR data in-game and not Meteoblue.

Can you please post a link to the Webcast, I’m sub’d to MSFS on youtube and I don’t see anything new there, and would like to watch that. Thx for the update.

for some reason they have not uploaded it to YouTube yet.

his name is Jörg

As probably said in other threads/comments, this is still very much a GPU bound game, so if your GPU and graphics settings are such that they are saturated and bottle necking the CPU. Also are you seeing 20-30% accross a single core, or across all cores?

If you are seeing this on a single core, then check your GPU and settigns are not bottlenecking the CPU (lower settings, or get a better GPU if your GPU is particularly old)

If you are seeing 20-30% across all cores, and you have a large number of cores (6 or more) this is normal, as its highly unlikely that this game (and many other games) is going to saturate all cores. Definately check the load on a single core, you will see one or two cores that have a higher usage than the others, and if those are close to 100% then you are close to saturation, despite other cores beign relatively lower.

Obviously work is being done to make sue of more cores efficiently, but this is not easy on a game, so that will always be continous improvements.

his name is Jörg

It’s not what was marked in the stream, or in his linkedin

Just got a steam update for MSFS!

It’s not what was marked in the stream, or in his linkedin

I don’t know if linkedin has a limited character set but his name is Jörg, and in fact the name “Jorg” does not exist 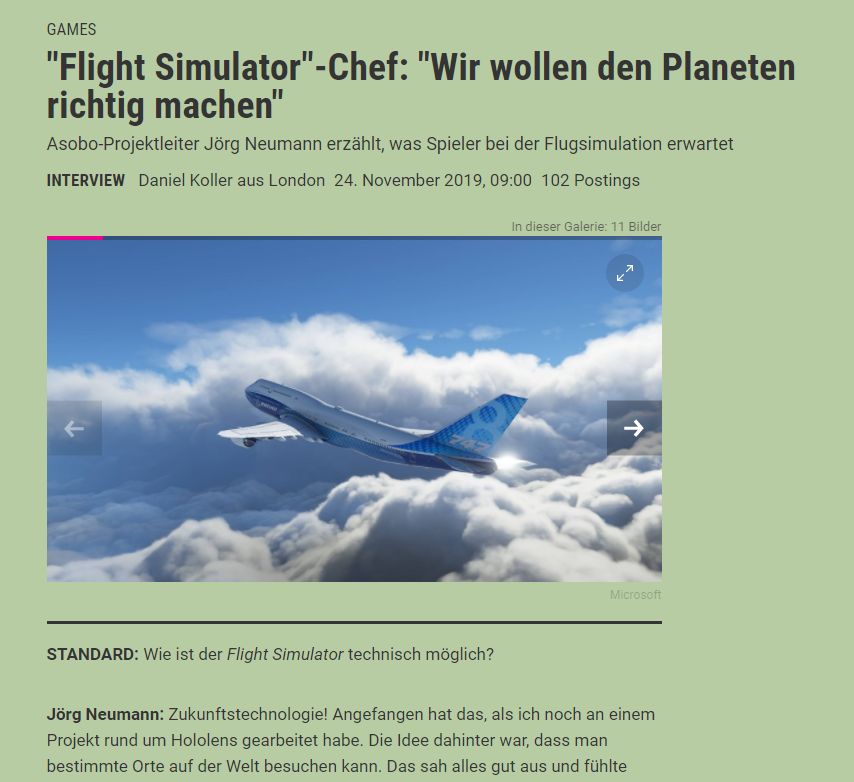 What build it is?

I don’t know if linkedin has a limited character set but his name is Jörg, and in fact the name “Jorg” does not exist

Not a linkedin limitatiion. I’ll continue to use the name he uses, not the one some journal uses: 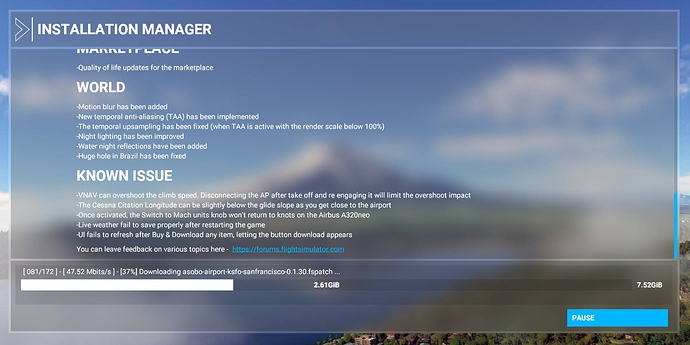 just a question…
is a clean installation recommended for this update ?
or is it not necessary

thanks and good load ^^