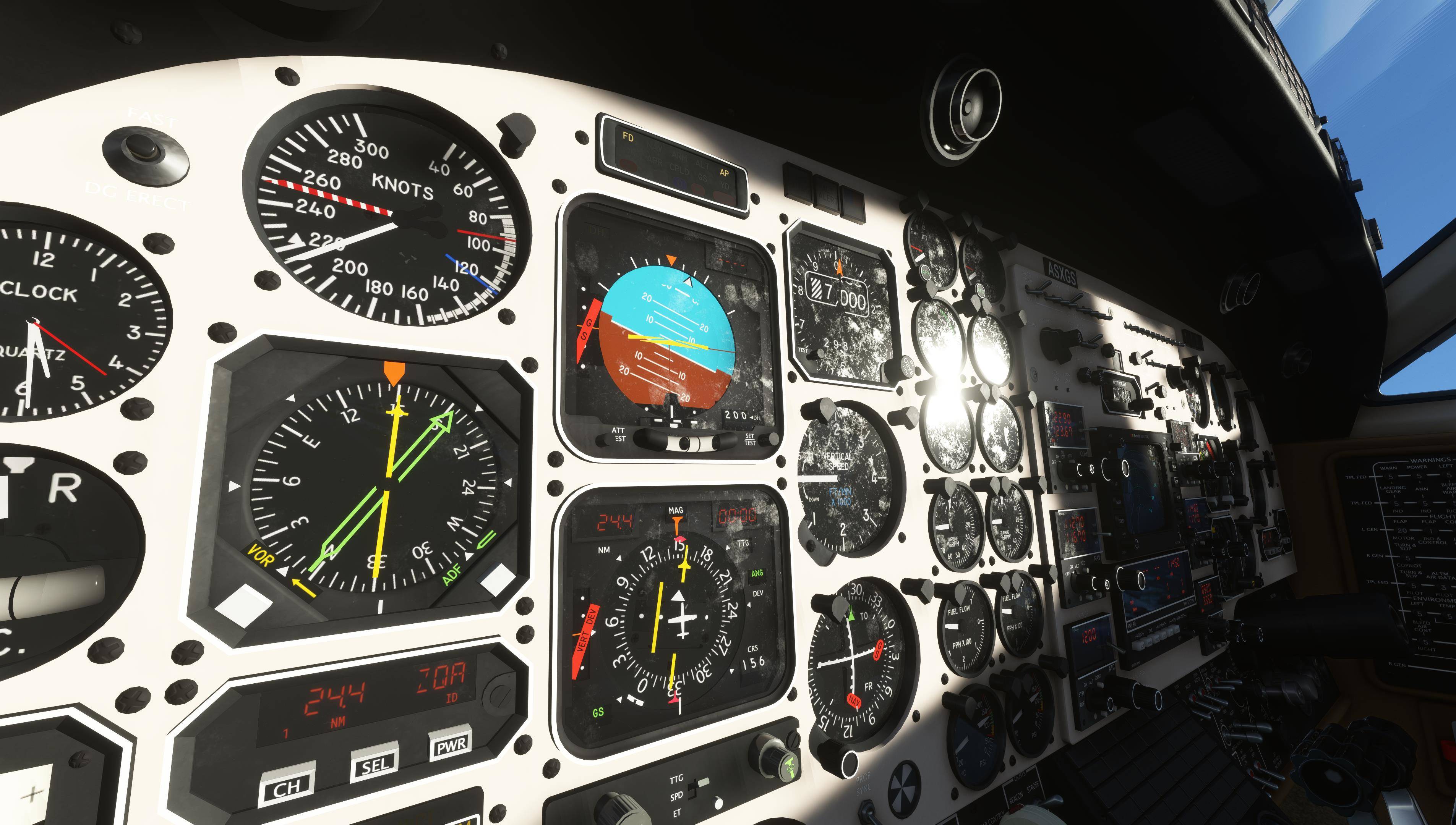 There seems to be a great misunderstanding by many, who believe that the Premium & Deluxe planes have had their encryption removed, and they are now able to be modified, just as easily as the Base edition planes.

The ONLY encryption removed are from the .cfg file.

While this allows some MODs to things like the flight Model, it does not allow any changes to the 3d Models or what is placed in them, and what can interact with them.
It also does NOT mean that the crucial XML is also unencrypted.

SO, the just removing of the encryption of the .cfg files, only goes a very small way to allow any significant modification to the plane.

The Premium & Deluxe plane we have seen significantly Modded, Caravan, King Air, C172 Steam, have had a lot of their xml & model file completely written again from scratch by their respective developers, thus allowing them to utilize their own version of the Planes JS, css & html files, and in some cases, their own 3d Models.

Thank you for the explanation. If Asobo is not going to unlock their planes and are not going to fix the internal models, how do we use the SR22 keypad? Why release a half done airplane and not allow anyone to improve it? The WT CJ4 and FBW A320 are excellent examples of improved aircraft.

Answer is easy. You will not use the keyboard and the SR22 remains as is.
Sorry but i have given up on that bird and use the Torquesim Sr22 in xp. Custom engine model, so nice.

I don’t overly understand the rationale, there. The default planes are (mostly) pretty poor, so why not allow them all to be updated fully? Appreciate that some of them are premium/deluxe only etc but I think that 2 years on from when the sim launched, those planes should just be available to all. I mean as I say, they’re all pretty poor iterations anyway.

I am someone who actually bought the premium version too, by the way.

99.9% DRM. I doubt Textron give a hoot about maintaining the reputation of the analogue 172 when you can do what you like with the G1000 model and also the visual models are basically the same apart from the instrument panel.

At this point, I honestly suspect that Microsoft or Asobo must have had some tacit agreement with 3rd party developers not to include any proper/complete planes, to leave the market wide open. Given how much work was already done on the included planes, and the number of planes included, it’s not hard to see that if they had wanted to include fully developed/study level aircraft, they could easily have done so with the same resources just by including fewer planes. Licencing restrictions are not an issue as 3rd party developers show, so we’re left with the sense that this was a conscious decision, and the only reason I can see to actively decide to release incomplete/substandard models is to leave the market open for others.

Oh I would be thrilled if they made an MSFS version of their SR22 but it looks like they only do X-plane stuff.

The recovery parachute is the only reason anybody buys them, you would think they’d want it modeled in the sim.

I think it’s safe to say that Asobo will not improve the stock SR22. A 3rd party developer must step in and do it. What would it to convince Tourquesim to release a version for MSFS 2020? How about Carenado? any hope there?

you would think they’d want it modeled in the sim.

A turbo version would be sweet

Unless you happen to fly one in real life, and want to practice deployment…

I don’t fly a Cirrus, but I have a similar aircraft. Deleted the SR22 and reinstalled in Content Manager. I started looking at the CFG files (after making a copy of the folder). I changed one number, the DisablePropellerControls. My aircraft has traditional T, P, M, so I changed the 1 to a 0 and flew. I now have some, partial prop controls. It’ll take some more digging to see what all the other settings do, but at least it’s a start. One tweak I’m looking at is it seems the drag with partial flaps is too low, but the drag with full flaps is too high. I found the documentation in the SDK documentation. Looks like there may be a way to turbocharge.