because I answered these question now some time within the issues category, I would like give a hint about questions like :

You can simple select another GPU graphics engine and you see your real GPU load. Optional you can use tools like Afterburner, which summarize the engines. 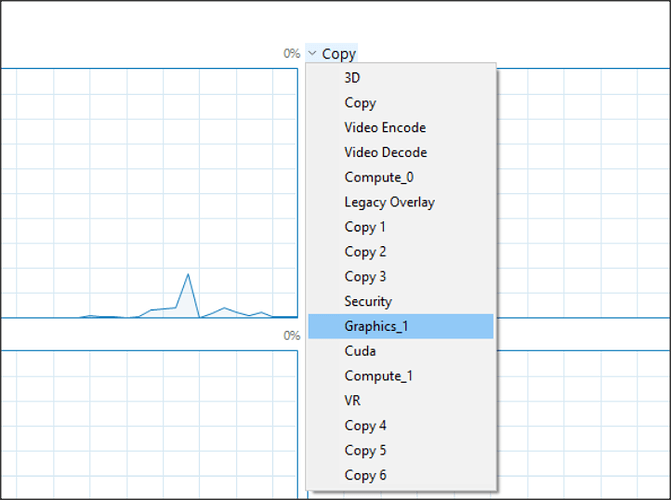 Example Result if you choose another graphics card engine: 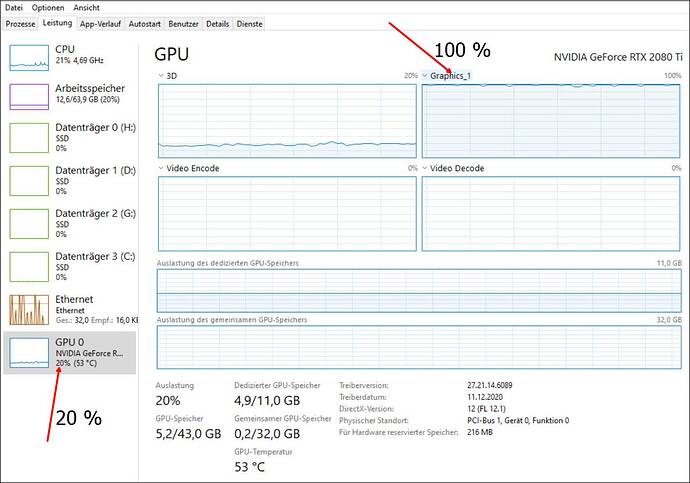 You will find here a link to a MS blog which explain what the Taskmanager show you: 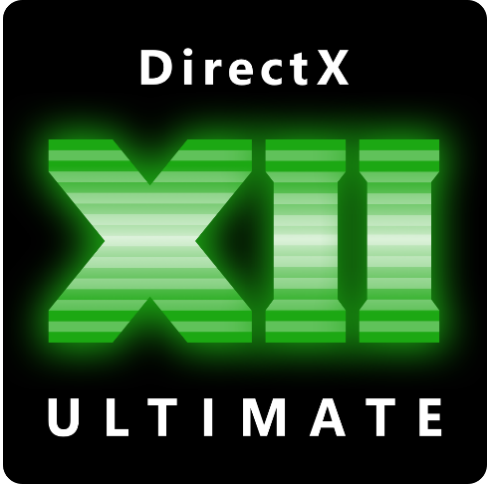 The below posting is from Steve Pronovost, our lead engineer responsible for the GPU scheduler and memory manager. GPUs in the Task Manager We’re excited to introduce support for GPU performance data in the Task Manager. This is one of the features...

changes the display to show all processors, maybe, at 100%. right click on the graph and change graph to logical processors. that could bind the gpu.

this thread is about GPU not CPU.

But yes, you can also show within the GPU are one or many diagrams. Many diagrams is the default.

The thread is about that you will see only e.g. 25 % GPU load, but in real it runs in full load. I add an image in first post to clarify that.

I misspoke, look at your CPU if sometimes there wouldn’t be a 100% core that would limit the GPU. When the GPU doesn’t work at idle it’s because there is often an upstream limitation by a PC component.
But sometimes it’s inexplicable, a by a reboot, which puts everything back in order…

ah… you mean things like “limited by main thread” , CPU can not bring the GPU into full load, etc…

Yes, of course this happens too. But here I realy meant these Taskmanager Setting which lot of users not know and therefore report that somewhat does’nt works ok.
Therefore I linked some Example forum posts

Hi all, I’ve been trying to improve my VR experience and was surpised that out of the 34 GPU engines available (Geforce RTX 2060), MSFS seems to be using only engine 9 (see pic). I’d expect different engines to be doing various things and at the very least have 1 engine for each eye. Is this expected? Many thanks

which tool you use ? the “Process Explorer” (sysinternals) or ?

These tool show you all existing graphic engines, but in contrast to the Taskmananger these tool don’t give him a name.

So you see in your diagramm the exact same thing as in Taskmanager in which you possible have to choose the correct graphics engine.

These 34 graphics engines are not all the same… there are engines for video de- encoding, 2d stuff, 3d, whats ever…

I give you an example in which I let run a youtube video. 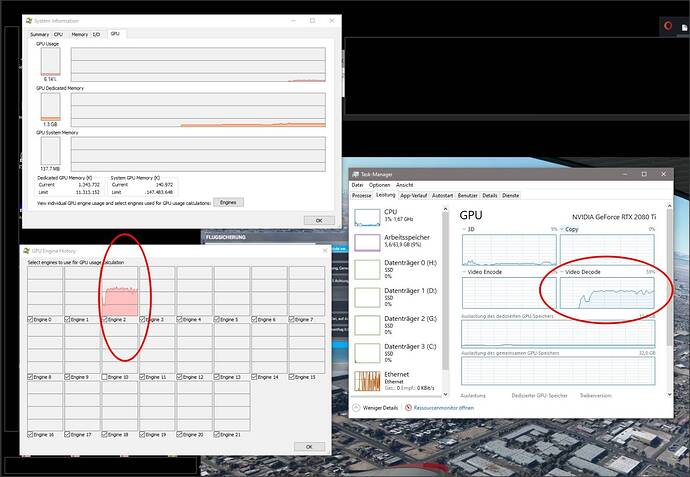 Thus, as say’d… exact same as I described in first post

Thanks @MichalMMA that explains it butI’m still surprised that out of 34 engines only 1 gets any use in an app like a flight simulator. Naively I would think that the point of many cores is that they are doing different things in parallel - one is busy doing buildings, another tress, grass, clouds, etc. As it is it would be much better having a couple of general purpose CPUs instead

Isn’t there a better type of device out there for rendering stereo images for VR?

as said , don’t be confused with th GPU Engines versus CPU cores.

An GPU engine is made for a special work for which it is responsible. It is kind of a “virtual thing” and can be a seperate chip for video en-decoding ( therefore no impact on graphics perf if this chips are used ) or it can be stay for the whole “3d engine” which of course contains a lot of “cores” ( shaders, whats ever )… The load of these special engine depict these single diagramm, but it tell you nothing about how many e.g. shaders are used etc.

Example: if I play MSFS and record the game with shadowplay, the 3d-engine AND the video-encoding engine are “in load”.

So summary:
GPU engines are not the same as CPU cores

and again an update

there is also a difference if you have HAGS enabled or not.

In case you have HAGS ENABLED you will only see the short list of GPU engines and your GPU-load in Taskmanager shows in most cases already the correct load-value. 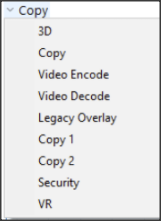 In case you have HAGS DISABLED you will see the extendet list of GPU engines and you have to choose Graphics_1 to see the correct value of GPU-load.

ics_1 to see the correct value of GPU-load.

MichaMMA, thanks for the thorough overview!

we can see the GPU load of MSFS within the 3D engine, independend of HAGS setting.