Thank you to all players who have been participating in the on-going Sim Update 10 public beta and sharing your feedback and bug reports with the developers. The team at Asobo remains hard at work on SU10, and we are currently preparing a new beta build to release to testers soon.

If you have not yet seen the news, our next Developer Q&A livestream is coming up next week, on Thursday, August 18 at 1730Z. Unlike previous Dev Q&A sessions, this one will be specifically about SU10. If you have any questions for Jorg, Seb, and Martial, please submit them for voting in the forums.

Yesterday, Xbox Wire publicly announced that Microsoft will be appearing at gamescom 2022 hosted in Cologne, Germany from August 25-28. Microsoft Flight Simulator will be one of the featured products available for a hands-on demo at gamescom.

Finally, we recently concluded the Microsoft Flight Simulator Reno Air Race Series Presented by Tobii. Seven qualified finalists competed in four races (one each for the four classes: T-6, Biplane, Jet, and Unlimited), and Flightlevelzero from Berlin, Germany was crowned the overall winner. All seven finalists will receive an Eye Tracker 5 courtesy of Tobii, and Flightlevelzero will additionally receive a TCA Yoke Pack Boeing Edition compliments of Thrustmaster. The races themselves were intense and exciting with many dramatic lead changes and overtakes. If you weren’t able to watch the event live, you can check out the replay on our Twitch channel. 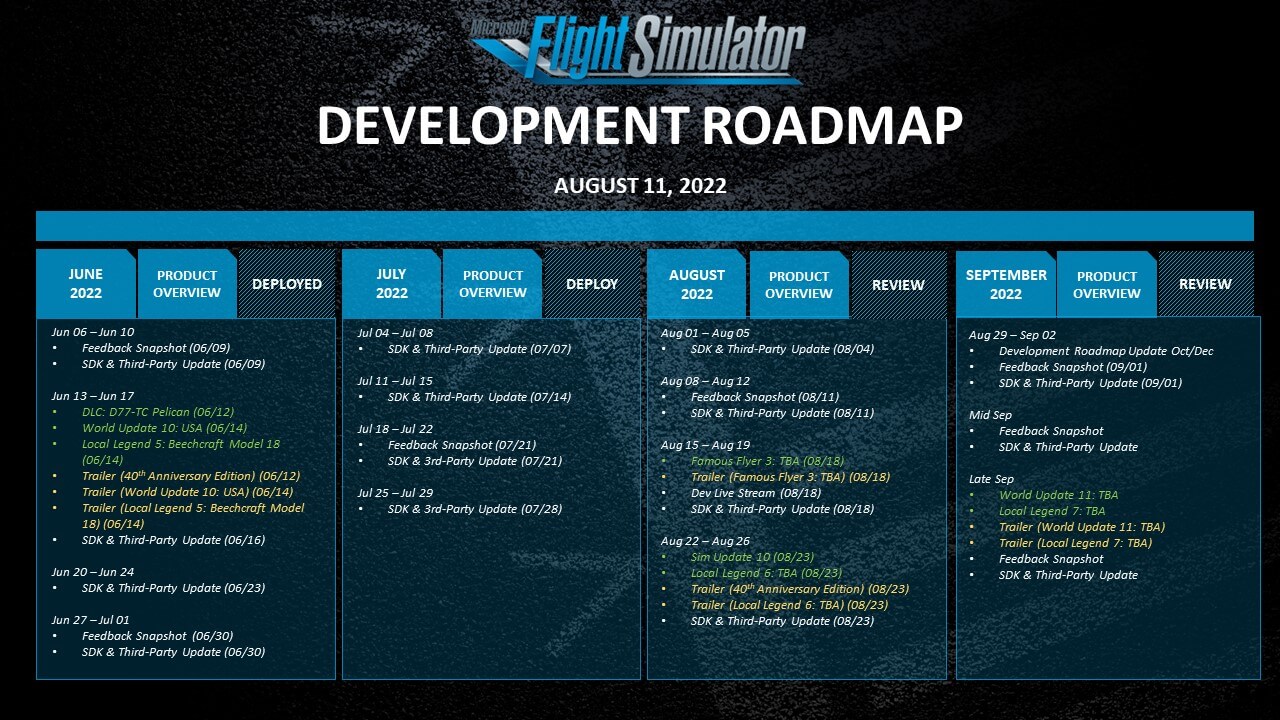 The web-friendly version is available here. 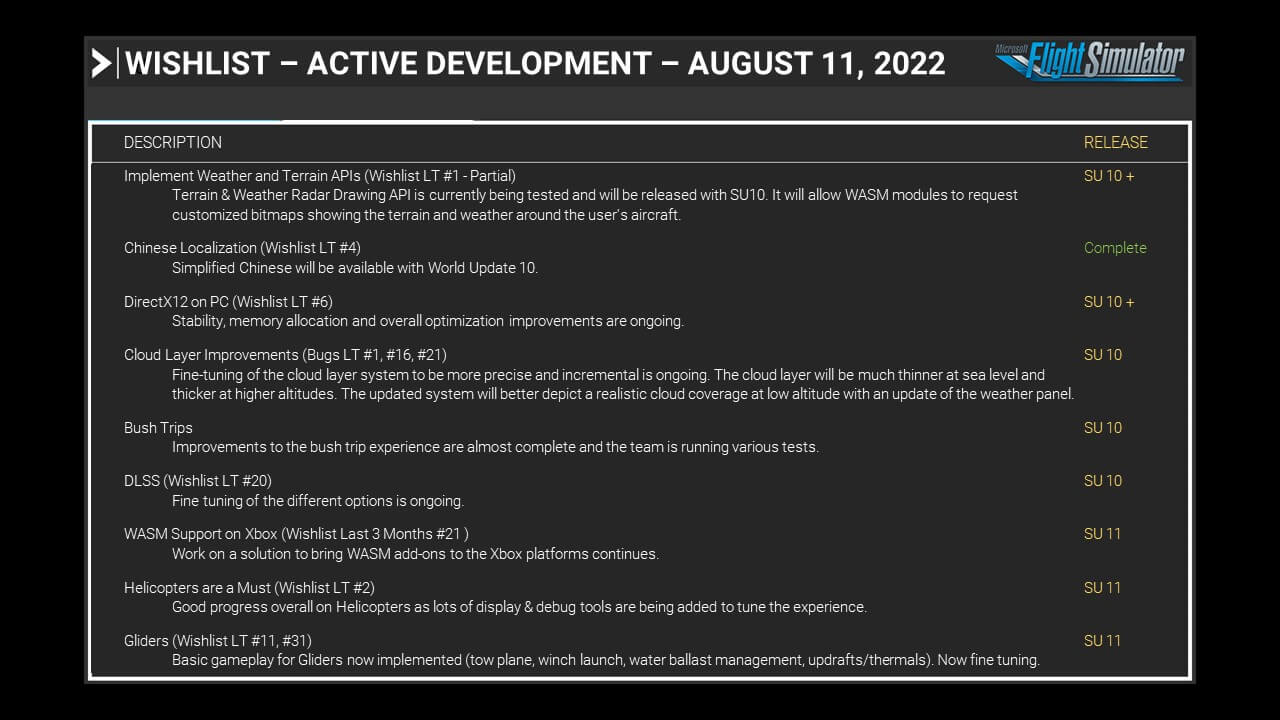 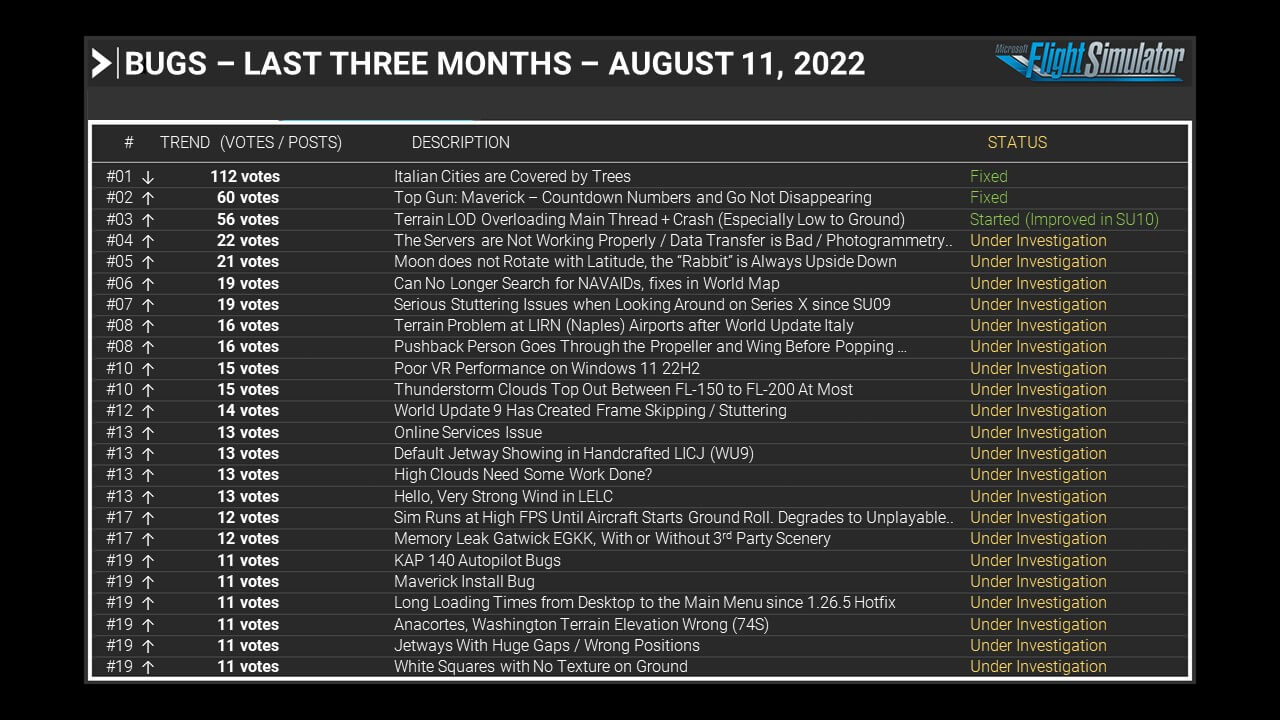 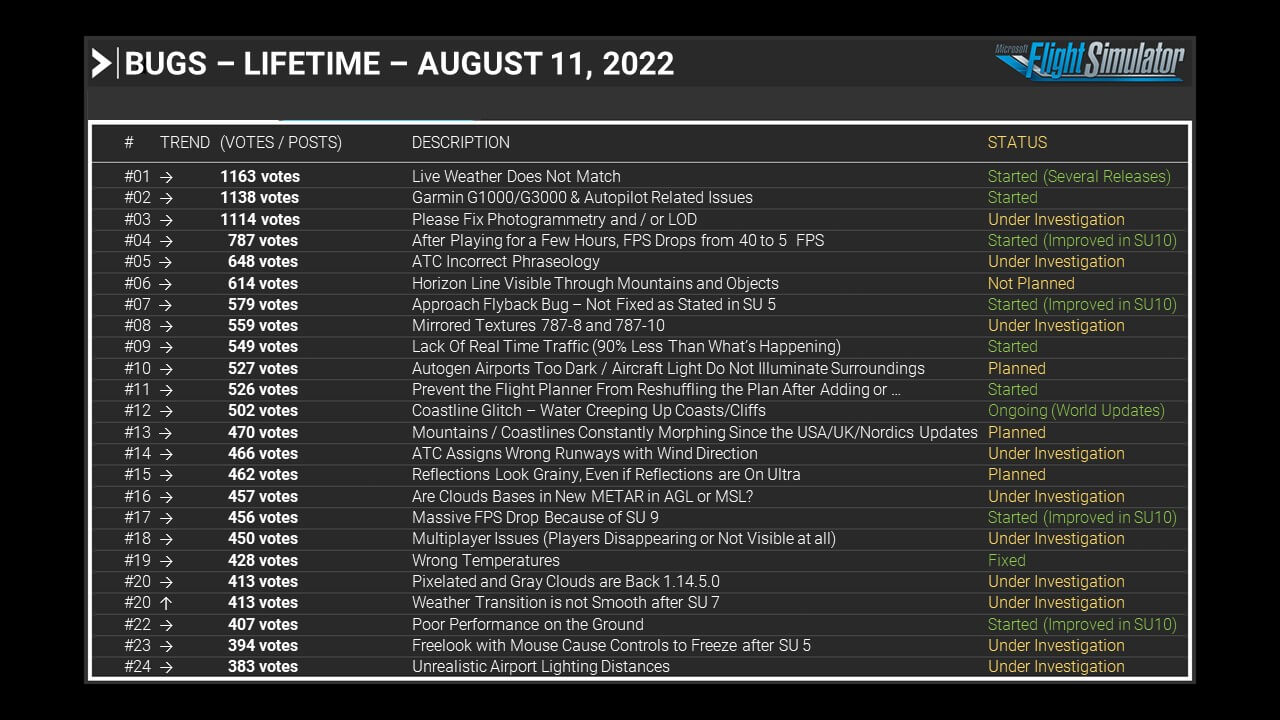 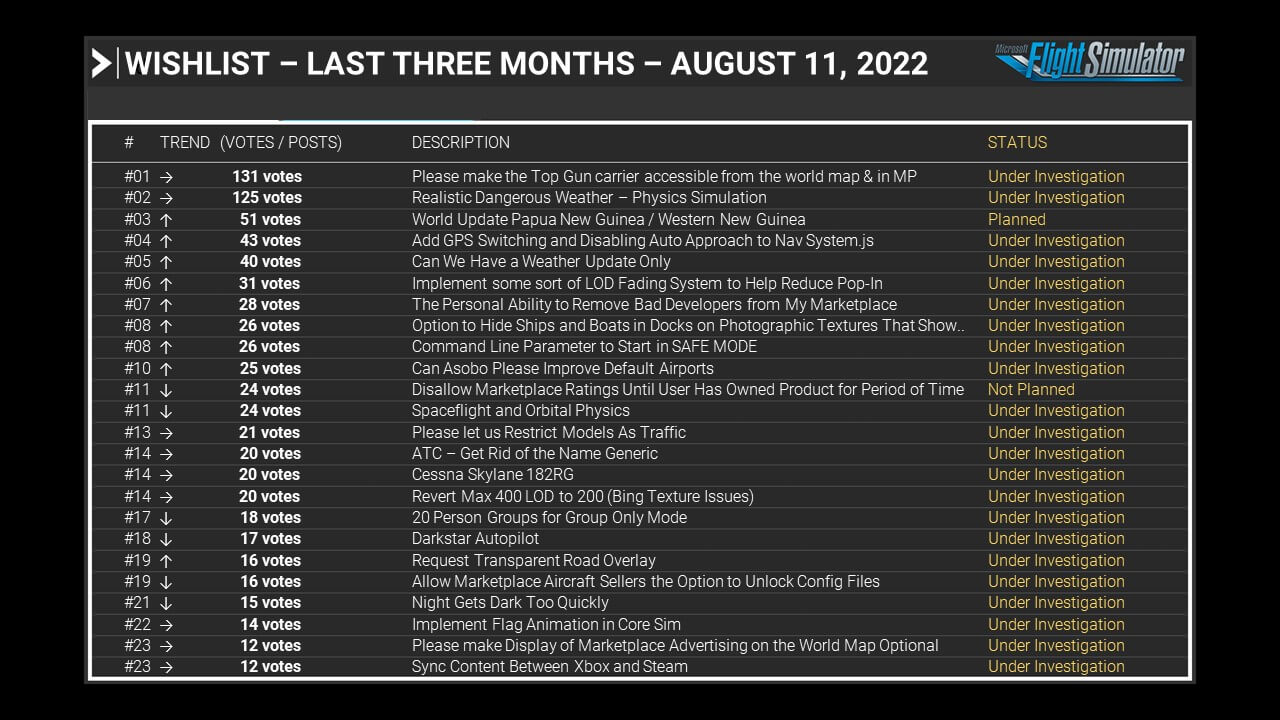 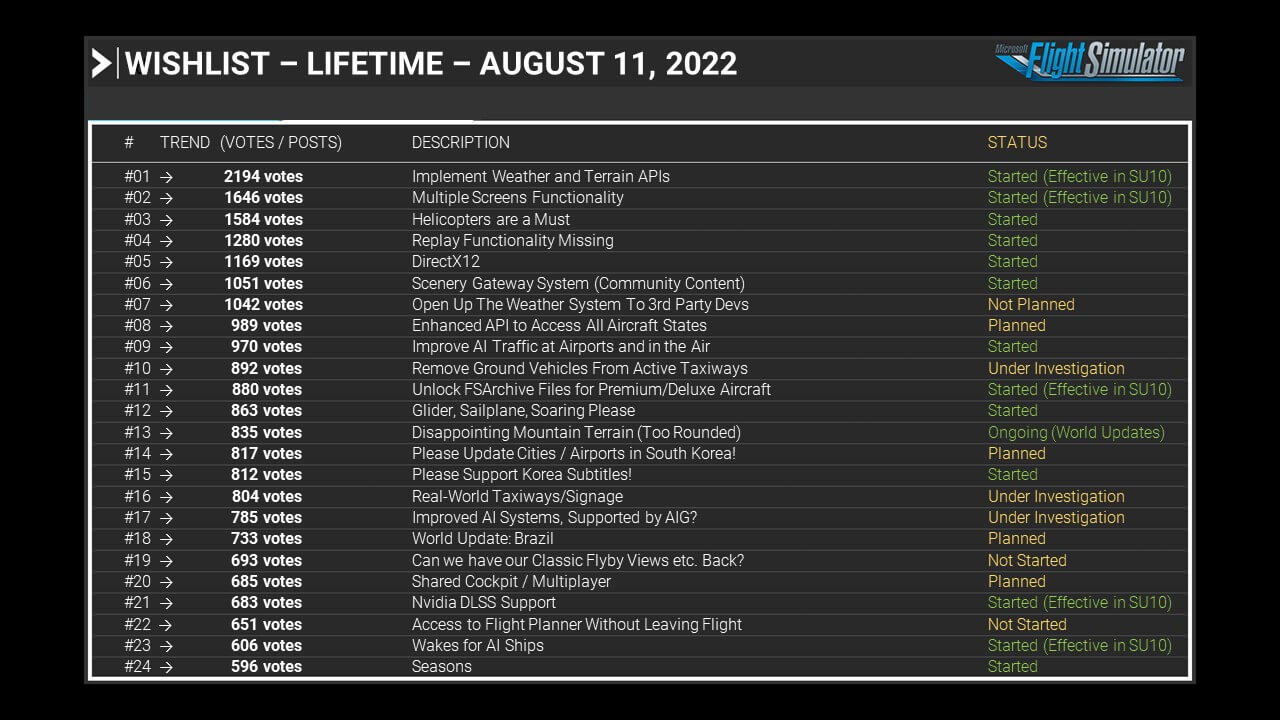 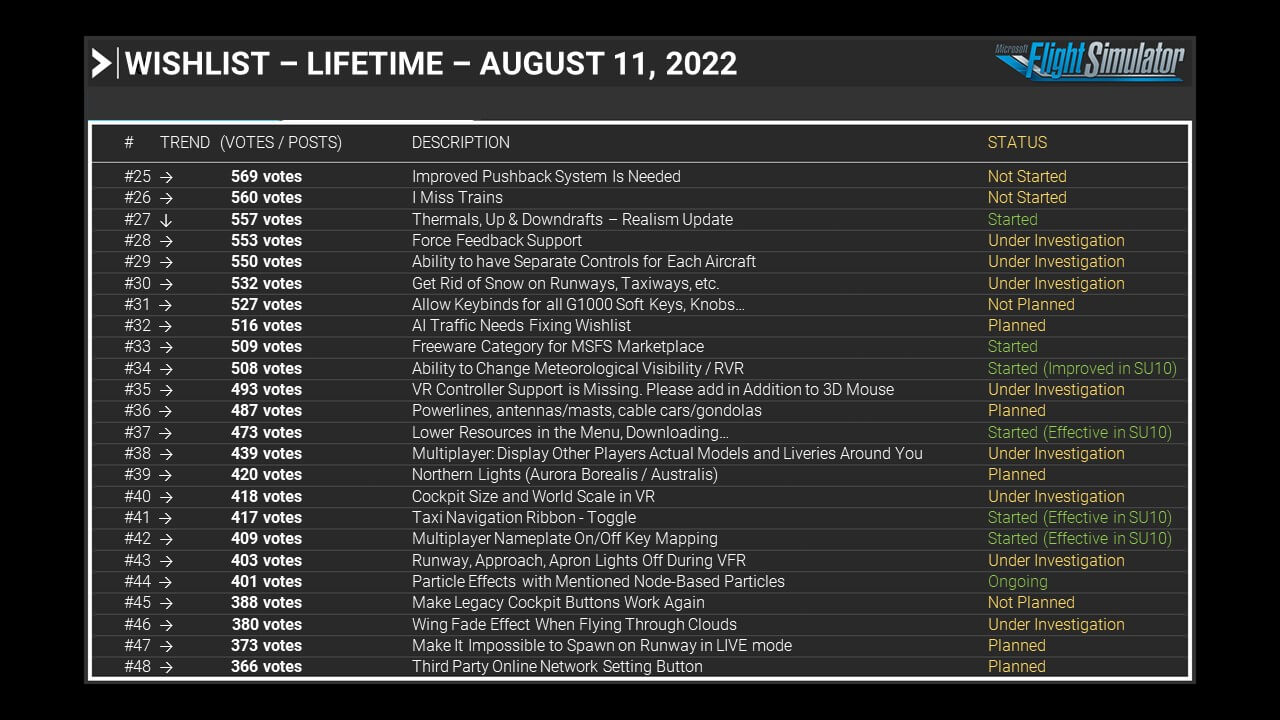 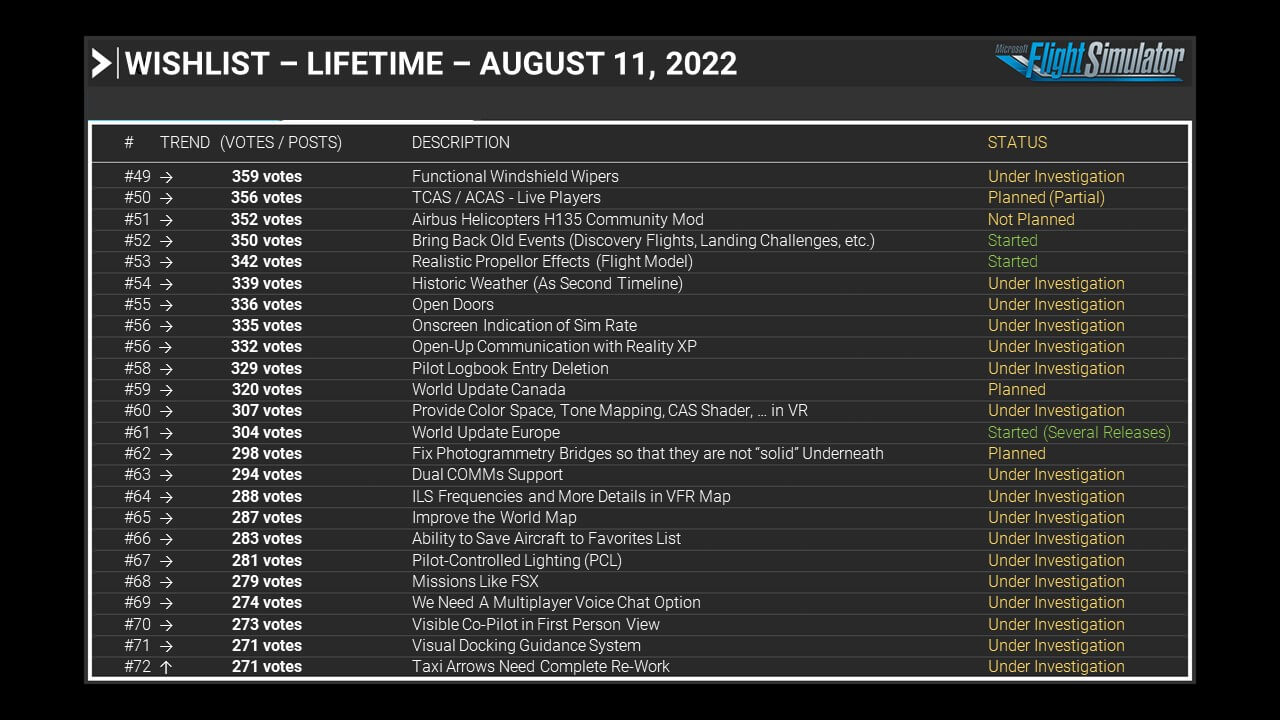 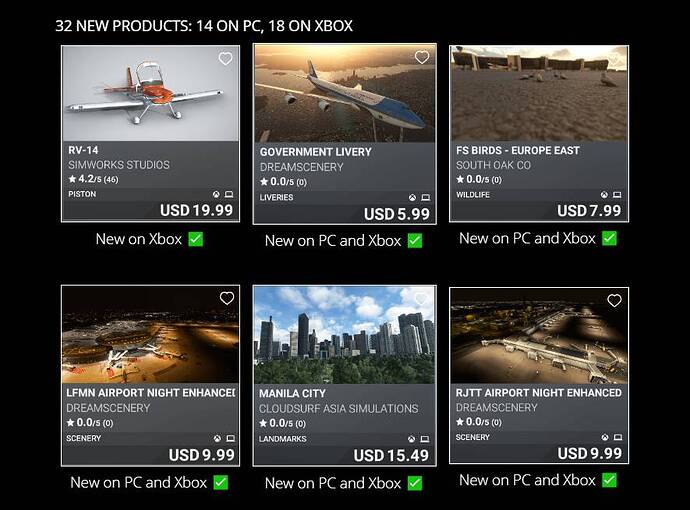 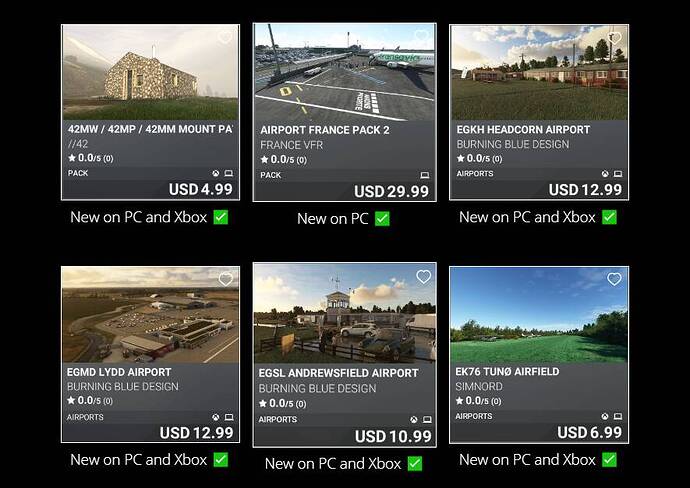 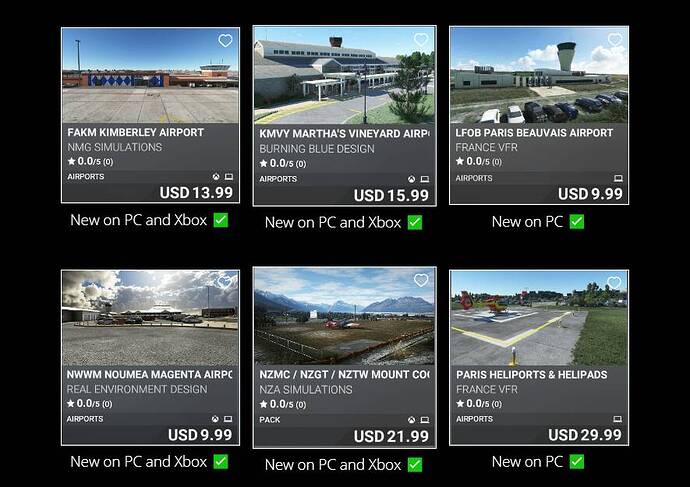 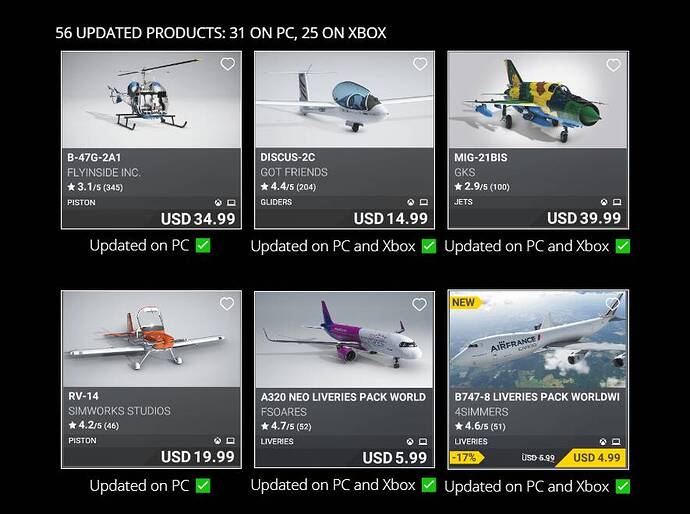 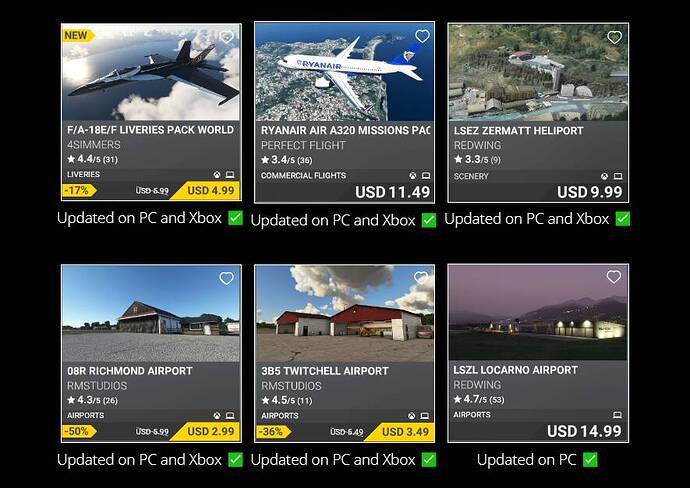 There is no SDK Update this week because several members of the team are currently out of office. You can see last week’s (August 4) SDK Update below.

There is no stream this Friday on twitch.tv/MSFSOfficial.

One of the top-requested features from the community since Microsoft Flight Simulator released on PC nearly two years ago has been support for multiple monitors. We’re happy to say this feature is arriving very soon with the upcoming release of Sim Update 10! Over the past few weeks, participants in the public beta test have been putting this new feature through its paces. YouTuber Av8rChris recently posted a video showcasing his home cockpit setup featuring 3x 55" displays and discussed his impressions of multi-monitor support in SU10. Check it out! 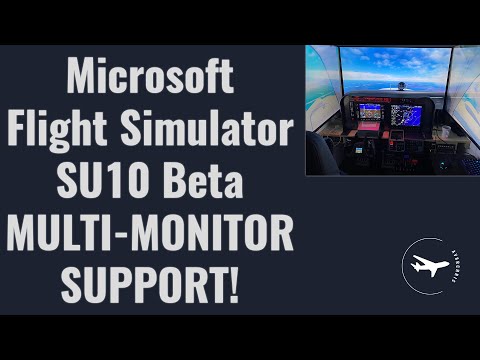 You can submit your screenshot via Twitter with #MSFSchallenge or the Weekly Forum Post ! This week’s screenshot challenge: Aviation Safety

This past week our Screenshot Challenge was “Small but Mighty Ponds and Lakes”. Here are this week’s runner ups: