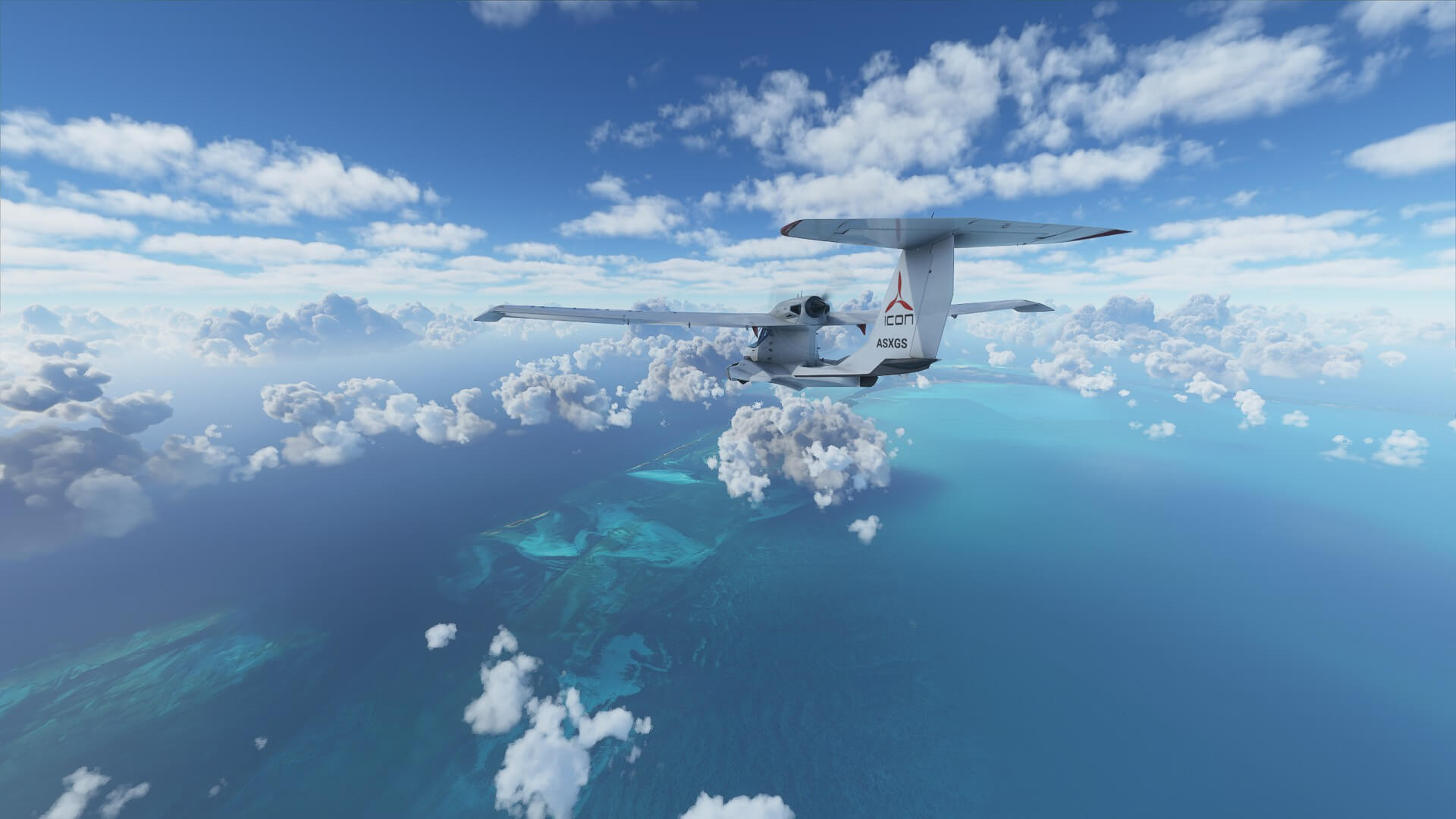 As previously announced, next week World Update VI: Austria, Germany & Switzerland will release September 7th, with our Local Legends Plane Junkers JU-52 releasing subsequently on September 9th. In addition to these exciting updates, we are also celebrating our 1-Year Anniversary with several Twitch stream takeovers, social giveaways, and our monthly Developer Q&A! Scroll down to our community section for our upcoming Twitch schedule and keep an eye out on our socials for some incredible giveaways throughout the week!

We are pushing our Development Roadmap update to next Thursday which will show September-November plans. We apologize for the delay. 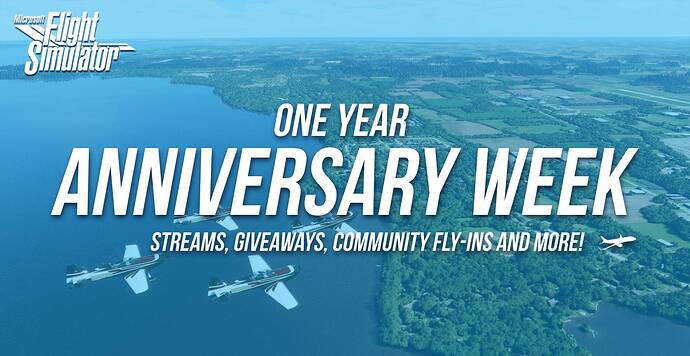 Join us for a community fly-in to around Vancouver Island! All PC and Xbox players of every skill level is welcome to participate. Click here for more details.

And next week, we have non-stop flight simming coming to your screen every day of the week, and we are giving away a TON of great flight sim products! Click here to read more about our Anniversary week or check out the schedule below: 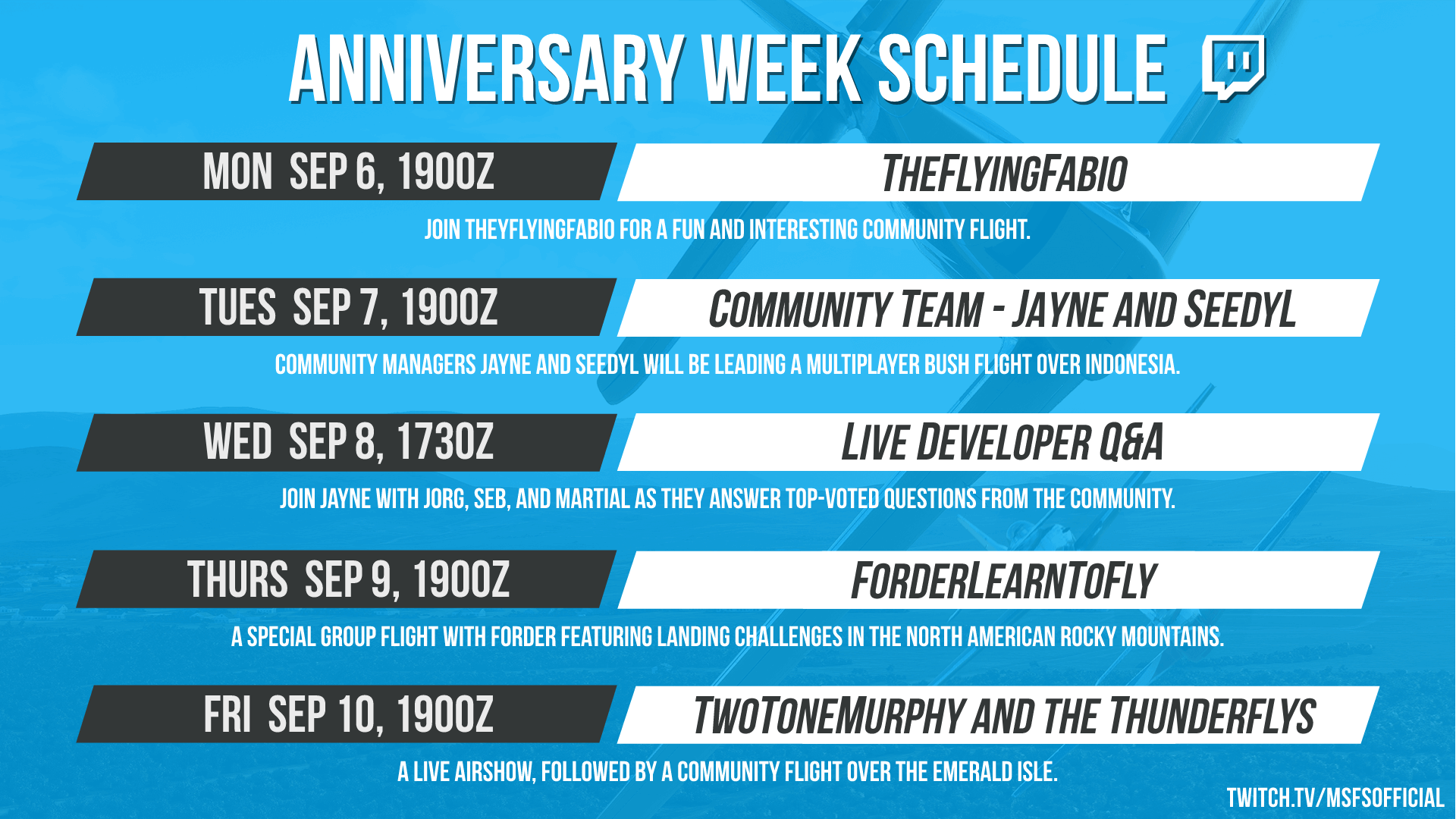 Your final approaches are always flawless and you butter the landing every time, right? Right…? Of course not. Even the best pilots know sometimes it’s better to abort an approach and make a second attempt than to try to force the plane down. Learning how to properly go around is an important skill every pilot should master. Watch this short tutorial video from YouTuber P Gatcomb for a demonstration on how to perform a go around. 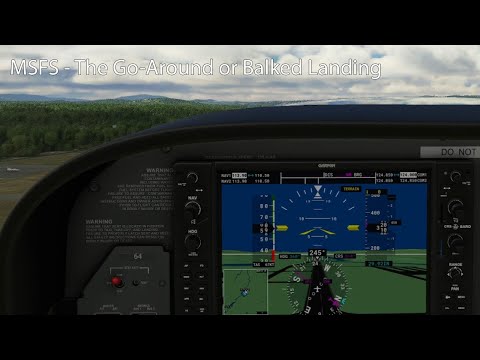 Hong Kong’s legendary Kai Tak Airport closed in 1998 after it was replaced by the current Hong Kong International Airport (VHHH). The site of the former airport has now been converted into a cruise ship terminal which you can visit in Microsoft Flight Simulator using the default scenery. When the old airport was still operational, its infamous Checkerboard Approach – nicknamed the “Kai Tak Heart Attack” by airline pilots – was considered one of the most challenging landings in the world. If you want to put your Boeing 747 landing skills to the ultimate test, you can restore Kai Tak Airport to its former glory using this mod available at flightsim.to from community creator ali501. 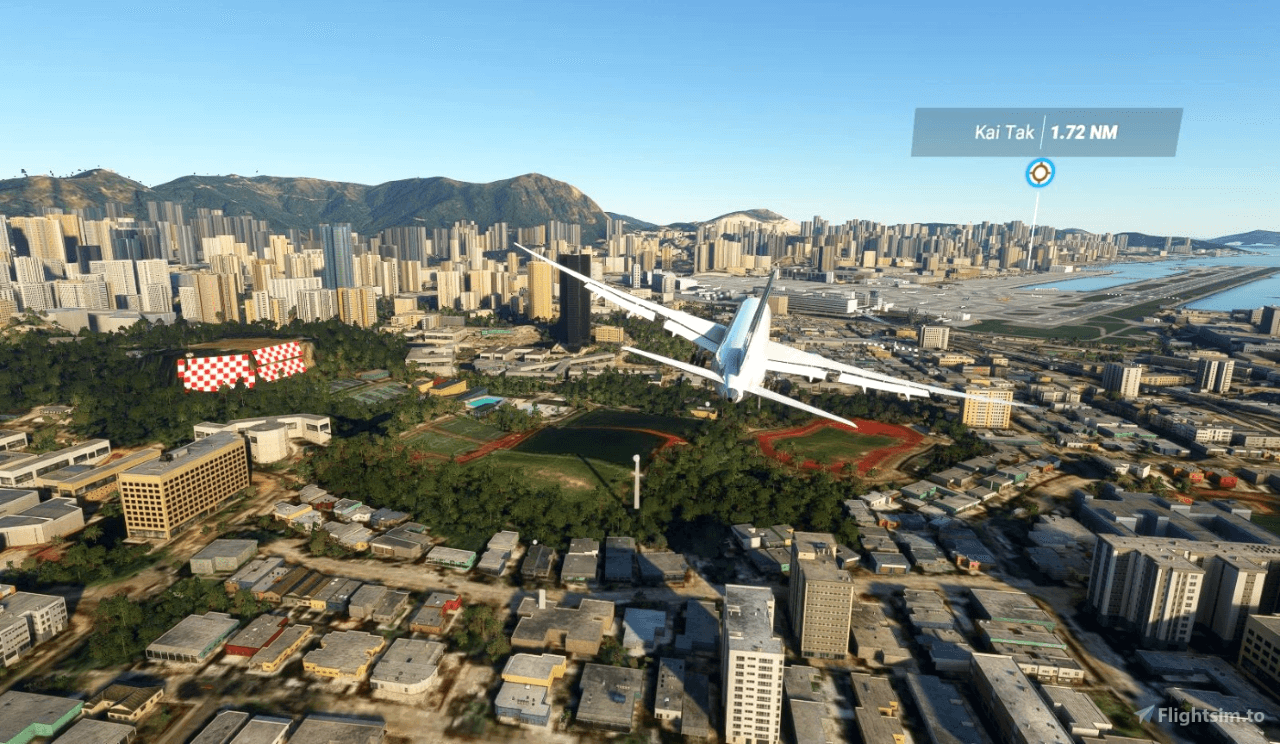 This weekend, SeedyL is leading a charity group flight with over 60 other MSFS pilots flying small GA planes half-way across Canada from St. John’s, Newfoundland to Thunder Bay, Ontario. This event is inspired by Terry Fox, a Canadian hero who attempted to run across the country in 1980 to raise money for cancer research. You can read all about the event in this topic from the forums. The race starts at 1100Z on Saturday, September 4, and you can follow the action, fly along with the racers, and cheer on the competitors by watching SeedyL’s Twitch stream for the entire duration of the flight. On behalf of the Microsoft Flight Simulator player community, we are trying to collectively raise CAD $10,000 for cancer research. Anyone wishing to support this great cause by making a donation to the Terry Fox Foundation can do so by clicking this link to our fundraising campaign. 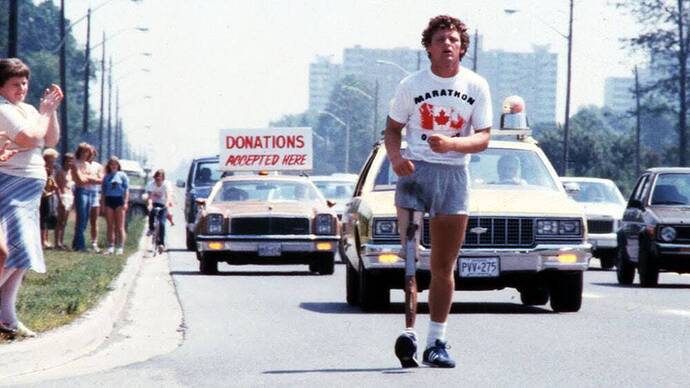 This week, we’re trying something a little different for submissions. You can now submit your screenshot via Twitter with #MSFSchallenge or the Weekly Forum Post! This week’s screenshot challenge: Final Approach.

This past week our Screenshot Challenge was Color Series - Blue! Here are our runner ups this week: 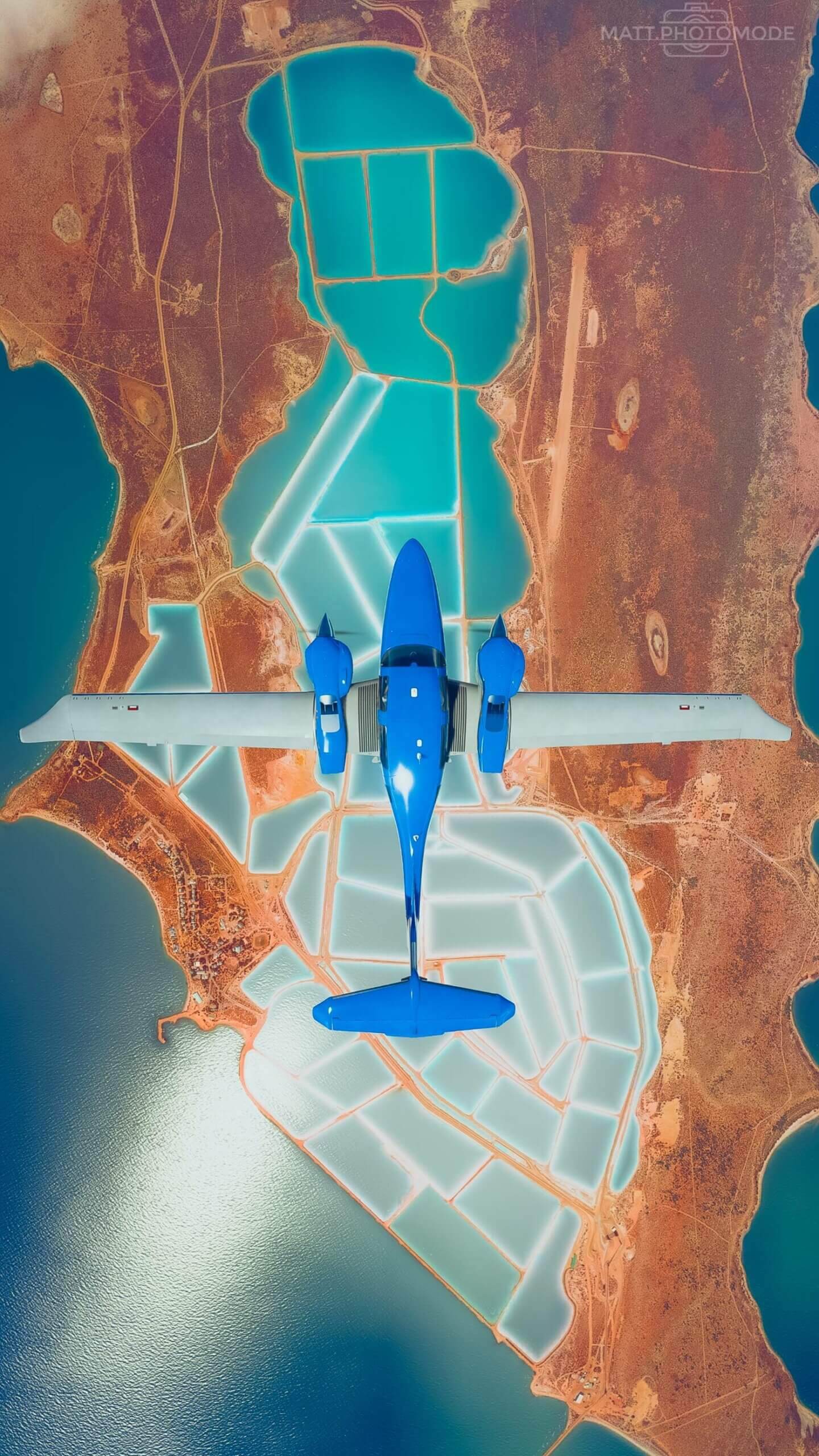 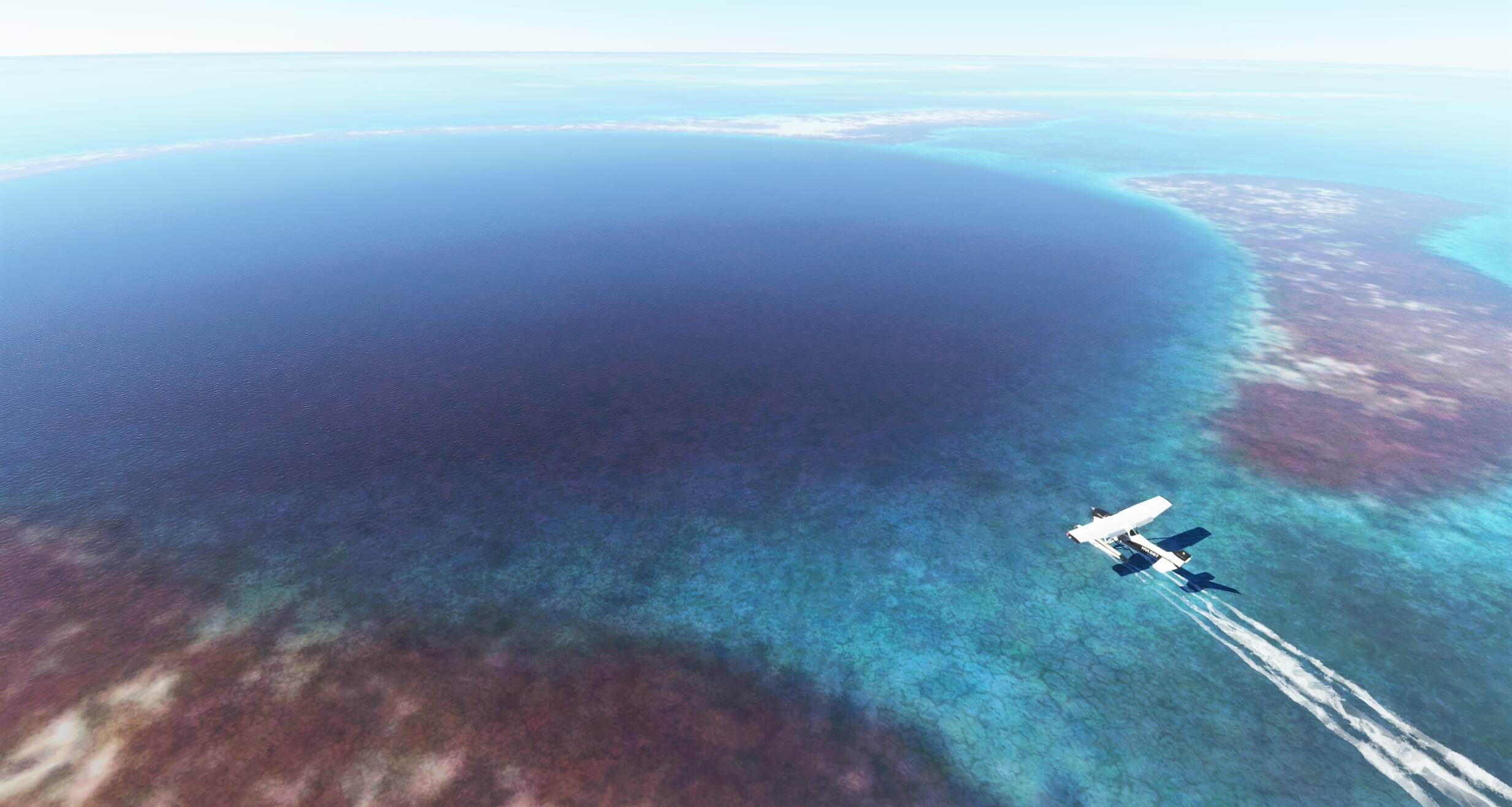 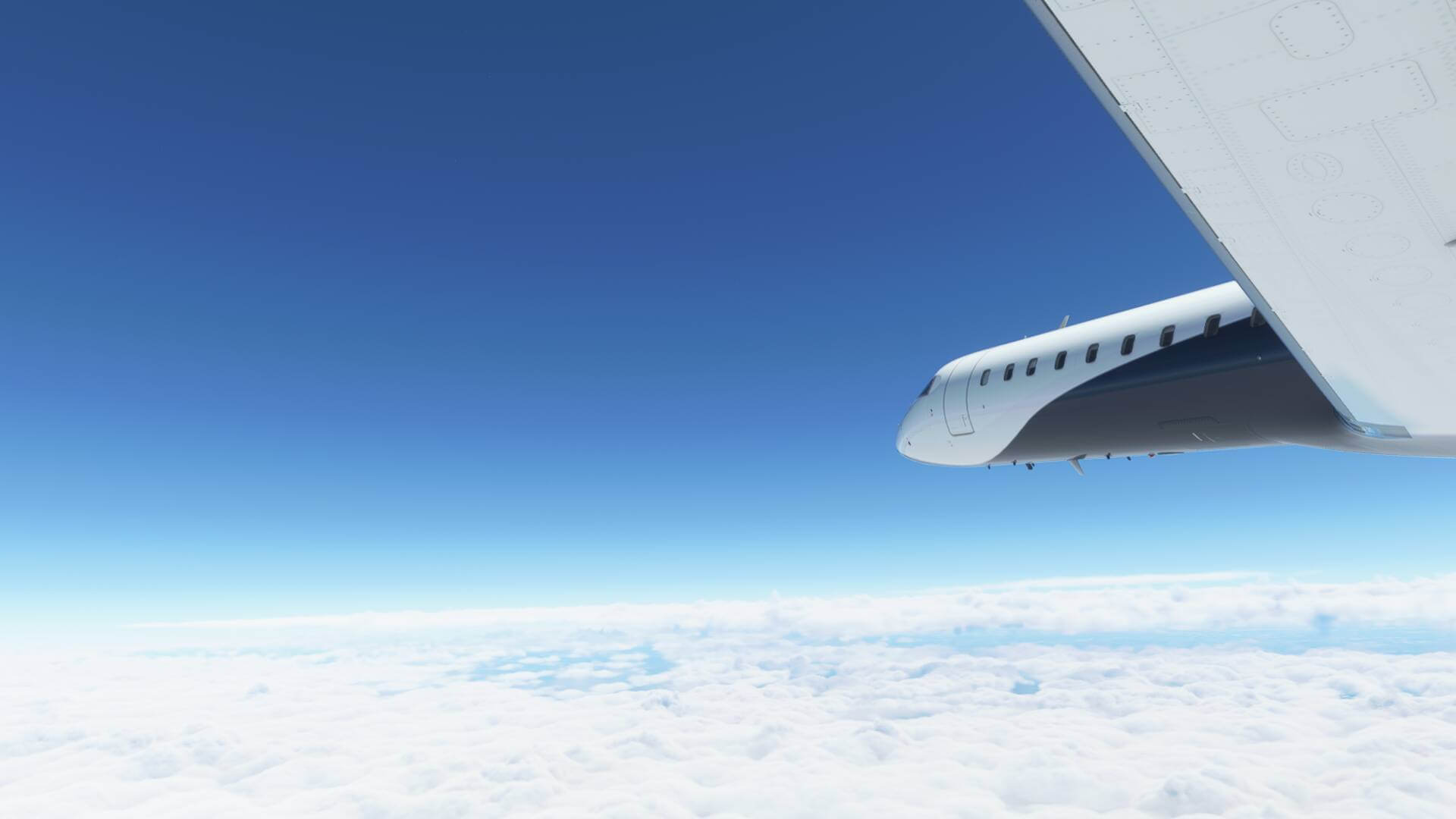 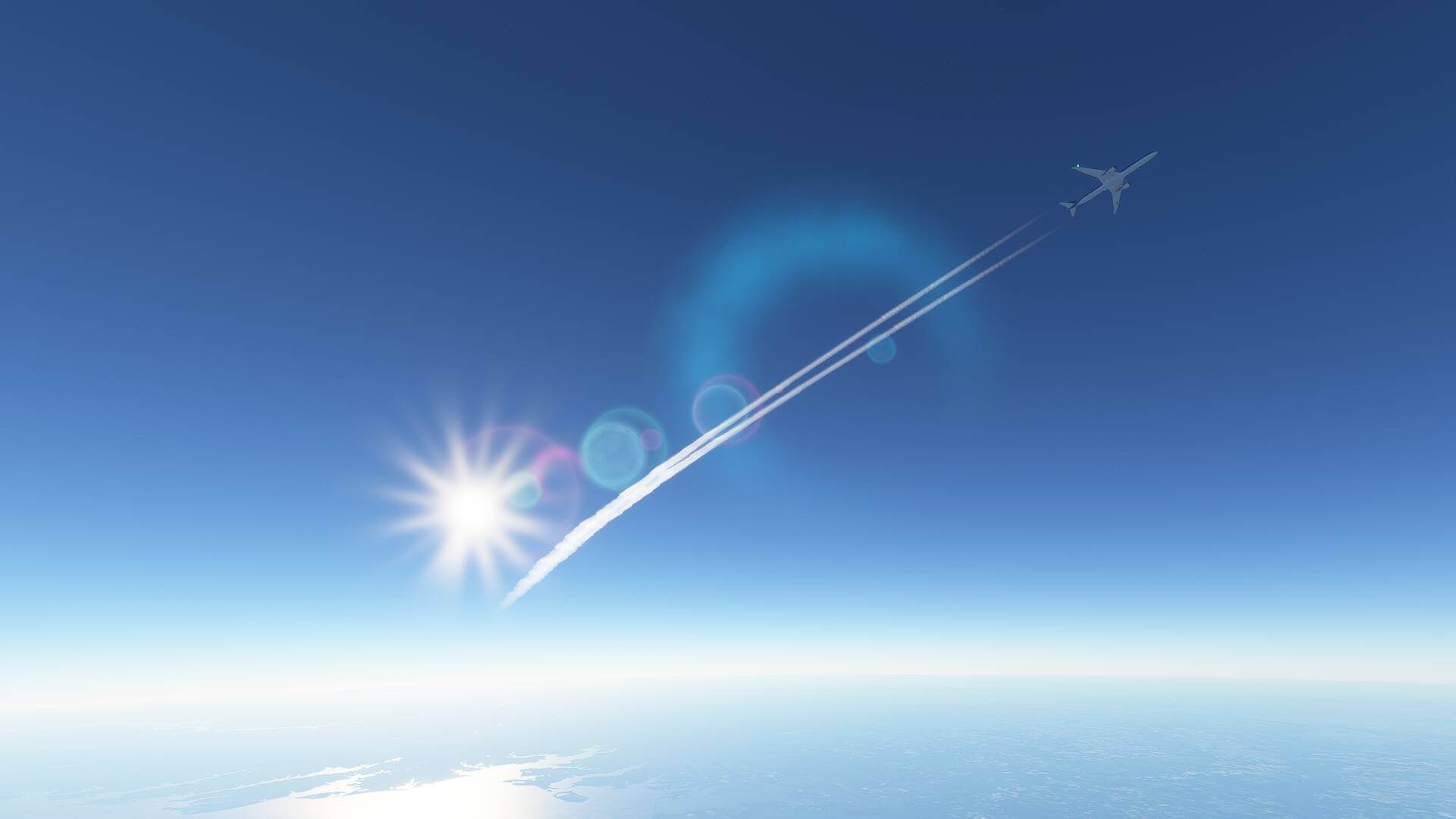 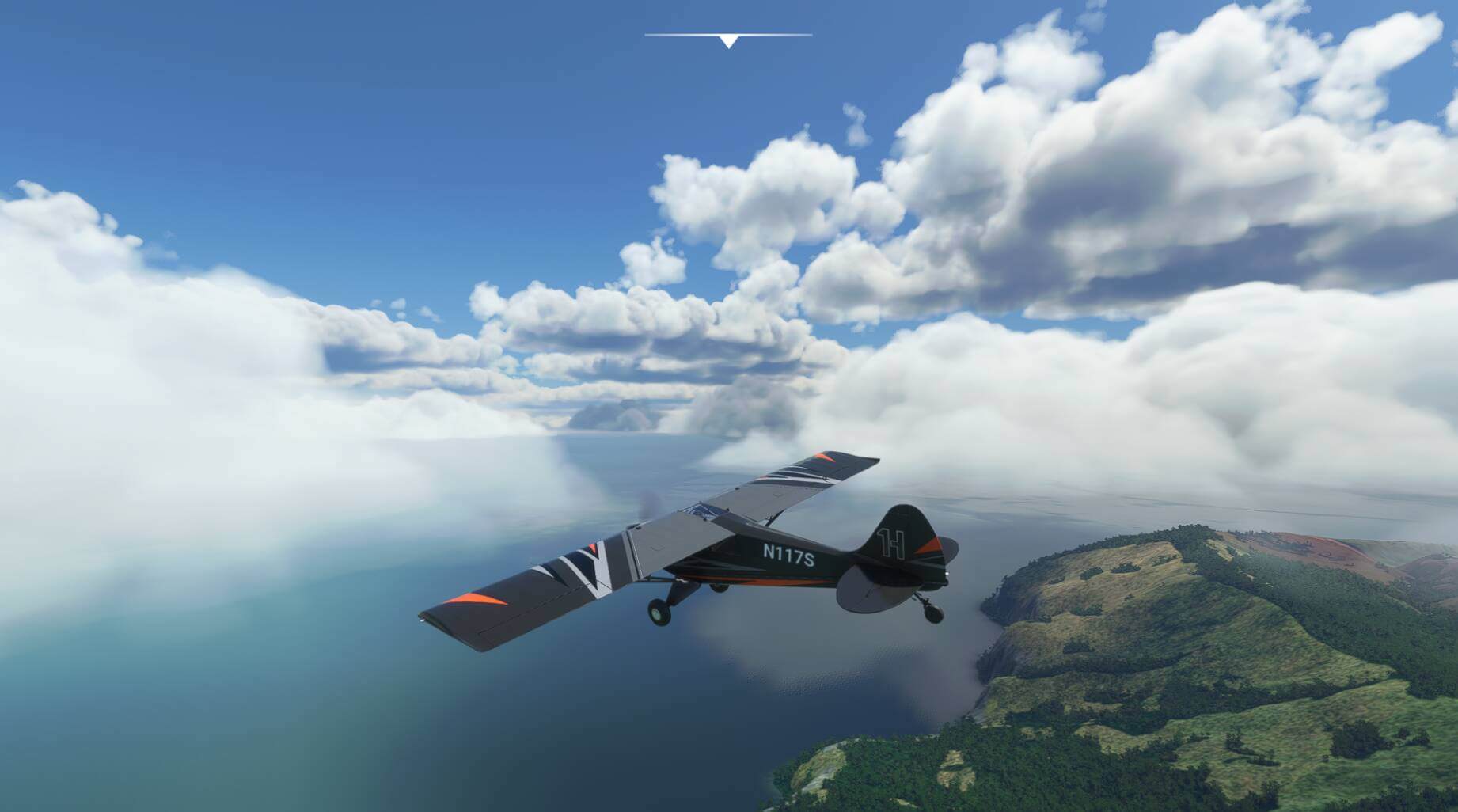 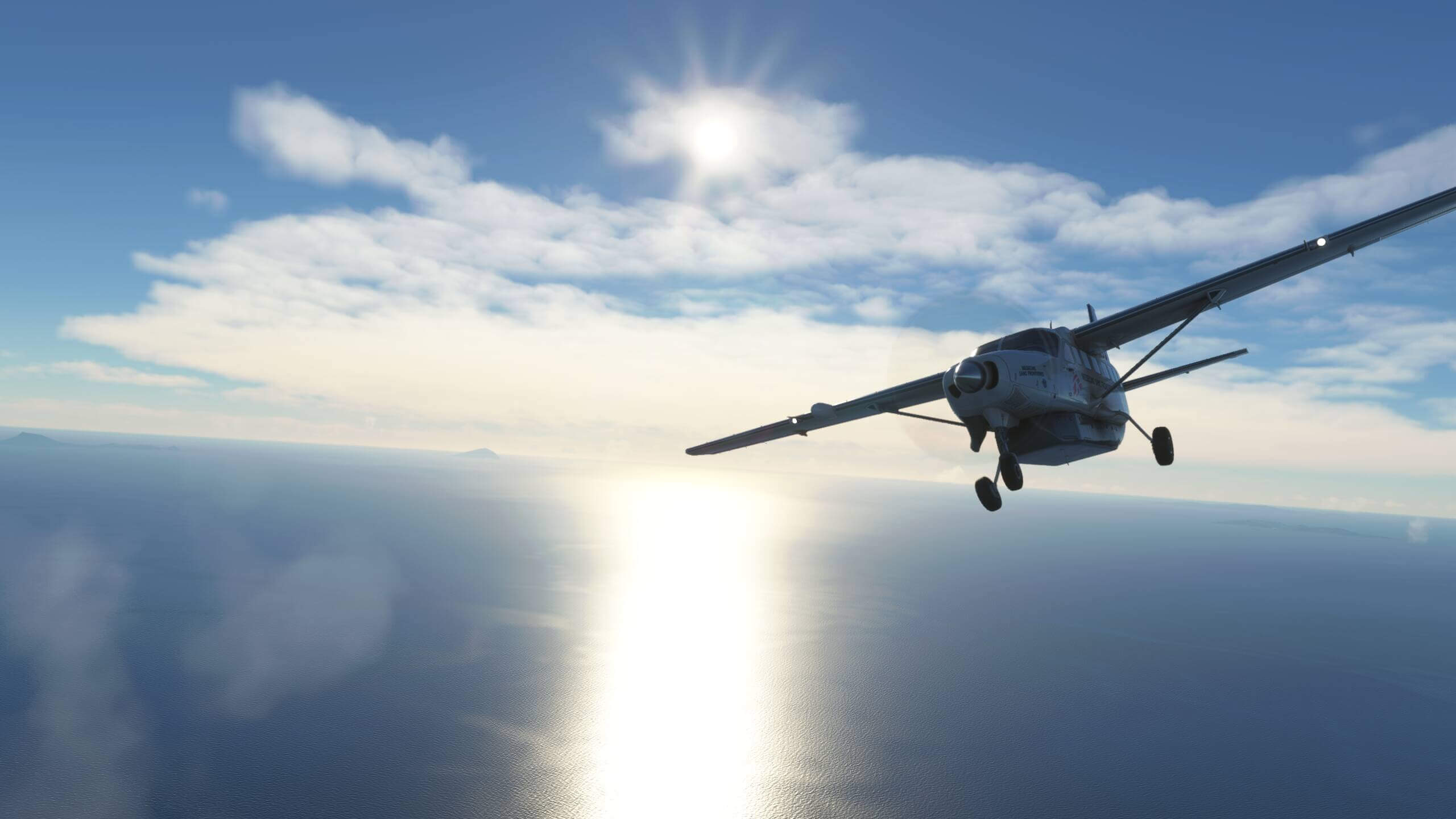 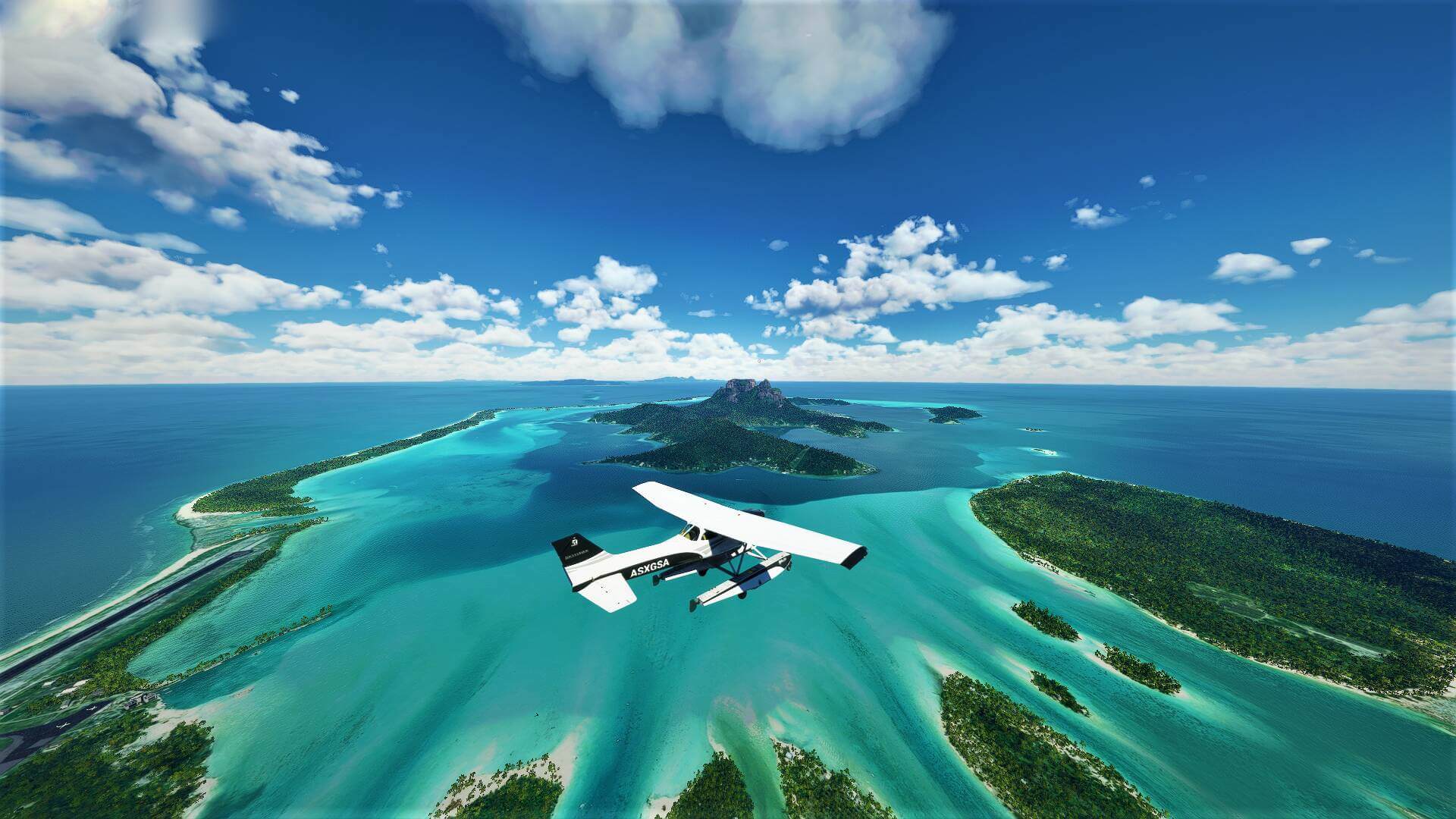 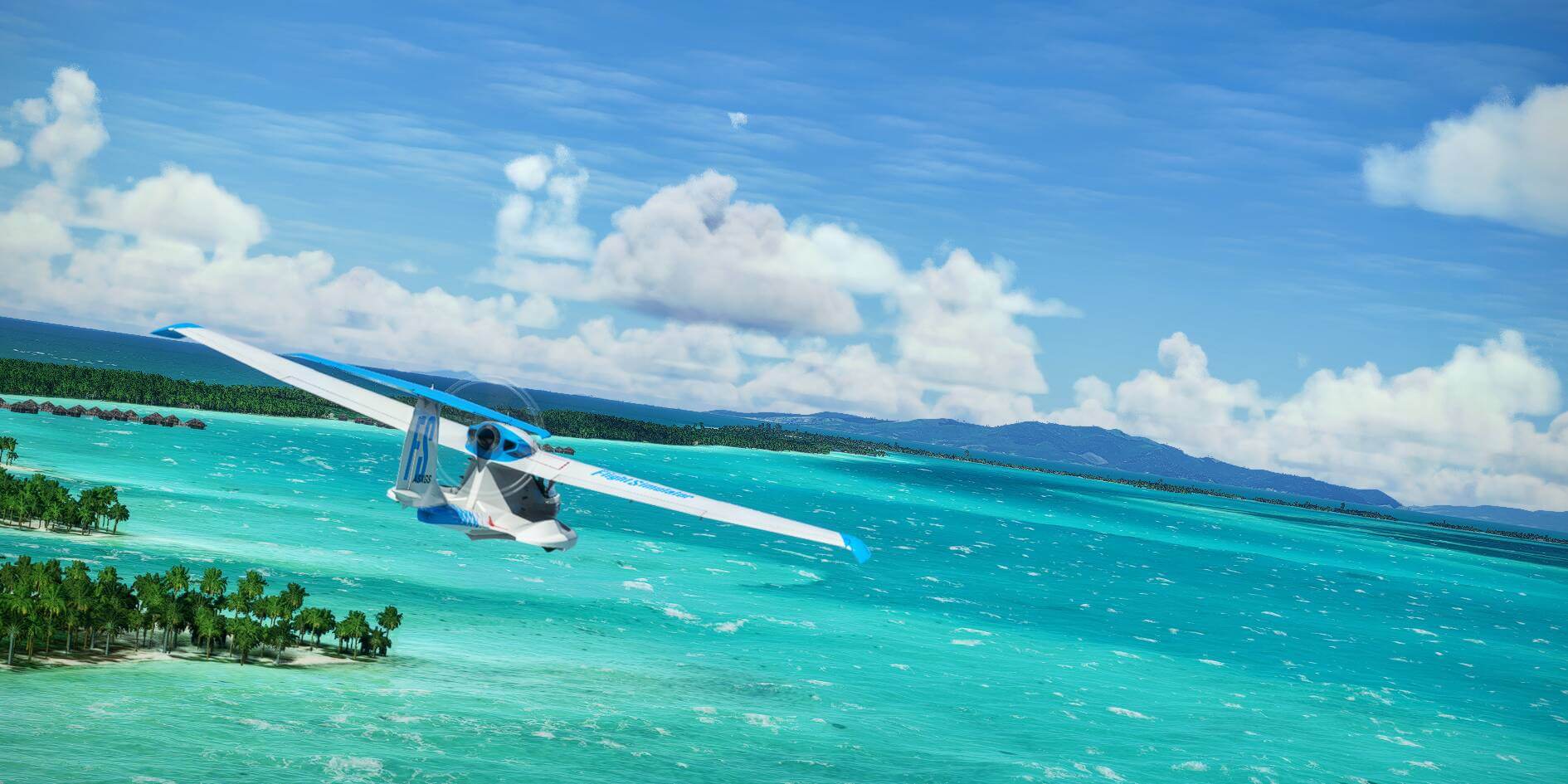 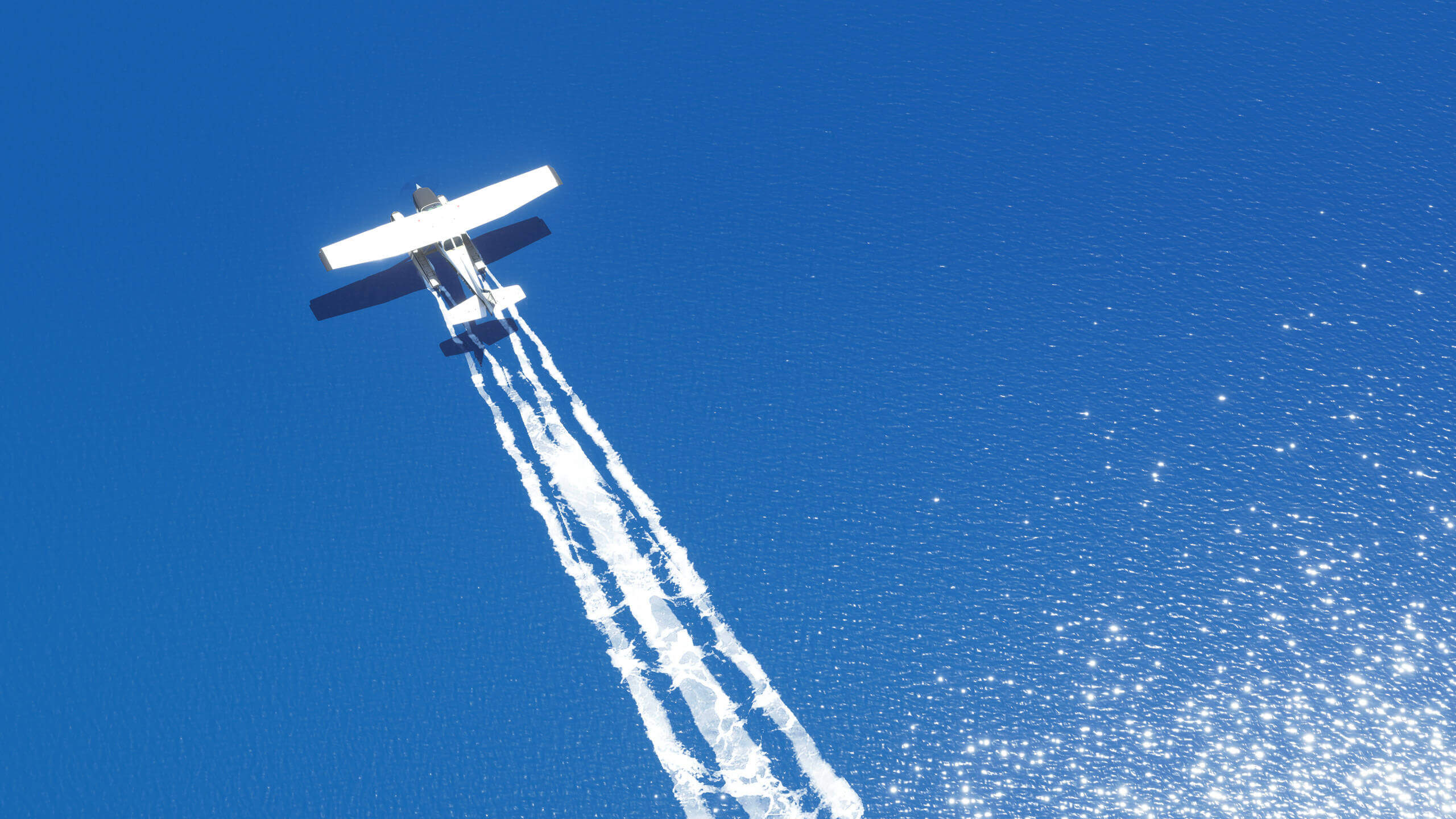