Asobo really amazed me with icing effect implementation but its a little too exaggerated in my opinion.Please upvote if you think icing effect need to be re checked. We would appreciate if asobo at least would give us chance to turn off icing effects(visually too) completely until they tuned it down and make it close to real life.

edit: please show me a real world example of this unrealistic and excessive runway landing guide lights in real world.Like seriously asobo havent you once a real world video before doing this GAME?

that is another point, where I think: “hey asobo, do you ever google -aircraft iceing-” ?
For me as a real pilot it is a shame what they release! I mean, they working more than a year on “THE” Flight Simulator, and the final product has a wrong engine-logic on the Turboprops? (just an example of many bugs) COME ON!!!
Same with Iceing, in my mind!
when i fly through clouds, it looks like my plane was standing the hole night on a frosty apron!

You can turn on developer mode and get rid of visible icing with the slider.

But I totally agree with you, when flying through icing clouds IRL, I have never seen the entire wing / sharklet completely covered with ice.

how can i do that?

I’m getting ready to give a full bug list with photos to the zendesk about airframe icing. Its very obvious, that either they didn’t understand how ice forms or they didn’t care when they created the icing model. What we have gotten is almost laughable to anyone above a private pilot level. 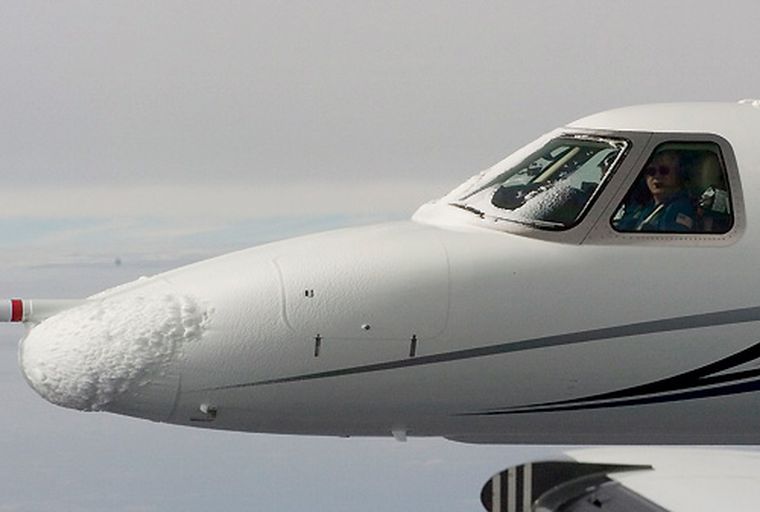 Another thing is. I have found that the icing dont do anything else to the aircraft other then visual icing. I have not yet falled out of the sky because of ice.

You won’t fall out of the sky, but the effect of icing on lift is modeled somewhat. Take an aircraft in trimmed, stable flight and increase the icing slider in developer mode. You’ll see the aircraft dip, and the forces on the wing decrease. 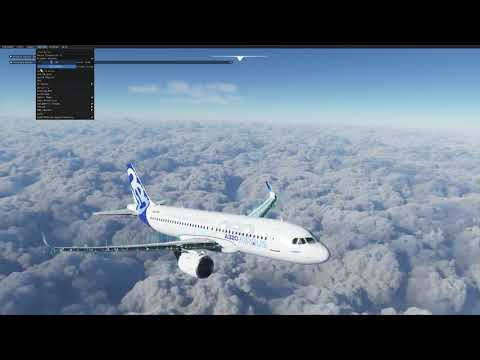 This effect needs a lot of work, but it is still somewhat represented in the aerodynamics.

How do you decrease the anti icing without adjusting the sliders. I mean for the realism effect. Do you put on the anti icing before take off or during. Or is there another way?

I believe you only leave the window probe heat switches on only during takeoff, after takeoff you can turn them on until final.

As of now, I do not believe an option to reduce Anti-Ice intensity besides Developer Mode.

I had the Caravan ice up in clear conditions the other day just because OAT was less than 0. This shouldn’t happen without the presence of visible moisture. The animation seems to follow one pattern to full icing regardless of conditions. It’s great they included this but it needs a bit of TLC to make it realistic to the environmental conditions.

Is there a way to remove the icing effects on aircraft? These effects are not at all realistic. In most cases, ice forms on engine cowlings and the leading edges of wings. Never on the fuselage or control surfaces due to the way air moves over them and prevents ice from sticking. Deicing on the ground removes what formed, and in flight, anti-ice systems usually target the leading edges of wings and engine cowlings.

100% agree. There is an option in the sim to turn on/off ice effects on aerodynamics and then just visual icing only. No idea why no visual icing isn’t an option. It supposed to make the sim look good, but it does the exact opposite imo!

Put in a zendesk ticket about it. I already placed one in there, it says solved. Who knows what will come of that…

+1, the sim slaps excess icing onto the aircraft no matter the conditions as long as it’s freezing outside.

Icing should be applied to the aircraft only when the aircraft is flying through visible moisture when it’s freezing outside (e.g., snow, in an overcast layer below zero degrees, freezing rain).

This is flying in clear air for a few minutes in the sim; the effect is great but it’s overexaggerated: 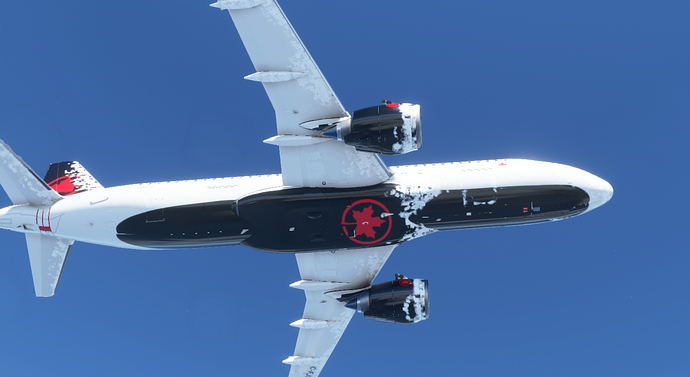 I’m gonna go ahead and bump this thread.

The icing effects in the sim are WAY too much compared to reality. IRL, icing only forms in a narrow temperature range where the visible moisture is still in liquid form (called supercooled, it’s technically below freezing temp, but hasn’t frozen) where the impact of an airplane causes the water to stick to the airframe and instantly freeze. Above that range (altitude wise, lower if using temp as a metric) it’s already frozen, and obviously it can’t freeze if the OAT isn’t 0 or less.

In addition, it seems that the accumulation rate is SUPER exaggerated, both from a time perspective, and a total amount perspective. I know this because my dumb ■■■ has actually flown a 172 into ice before which was not fun. It didn’t actually cause any problems, but it raised the pucker factor considerably.

I suspect from a programming perspective it’s probably a pretty easy fix, just tweak the math behind the present calculations. Of course I’m not a coder, so I could be WAY off.

Feel free to add your own vote if you’ve encountered this or think you might in the future.

Another unrealistic thing about icing is that even if you turn your anti-ice and de-ice ON, the ice remains on the surfaces for too long time after you are not in any icing condition.

When turning OFF windshield anti-ice on some planes, the cockpit side windows start to pick-up ice. Those are not even heated in the first place… And won’t pick up ice anyway in real life…