Facts and illustrated comparison between previous versions and v1.9.3

I’ve been digging the large number of pre-release screenshots in order to see how does it really compare to v1.9.3 regarding LOD and terrain texture resolution. 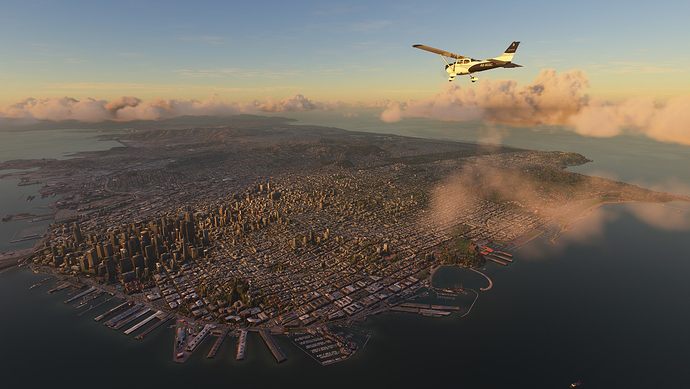 Then I’ve tried to match the location, time and adjusted Terrain LOD setting: 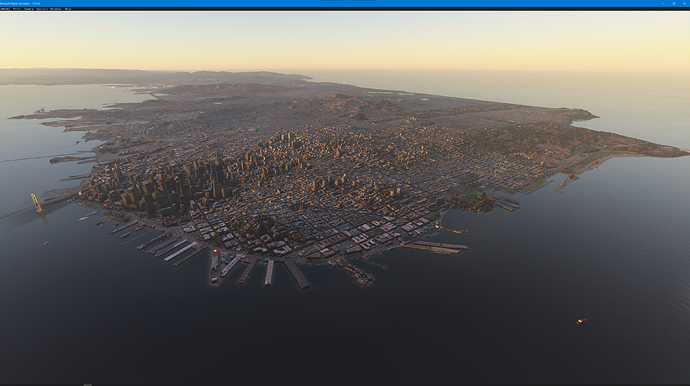 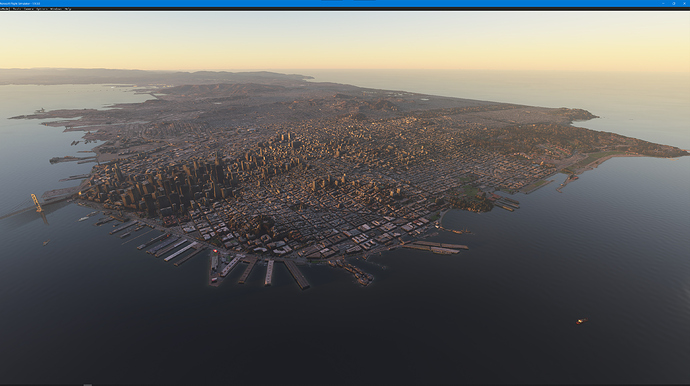 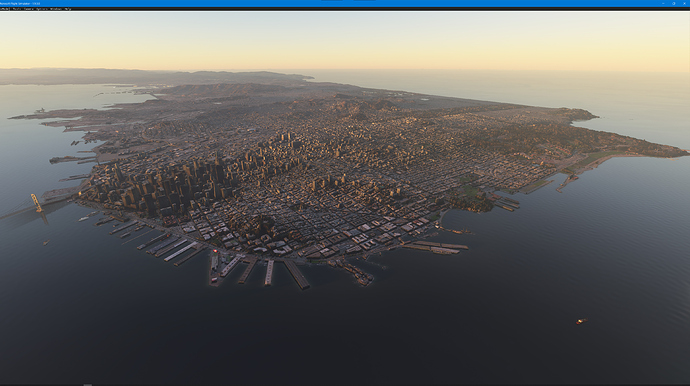 And here are some interesting findings:

There are just a few observations which are pertaining to 2 main issues: 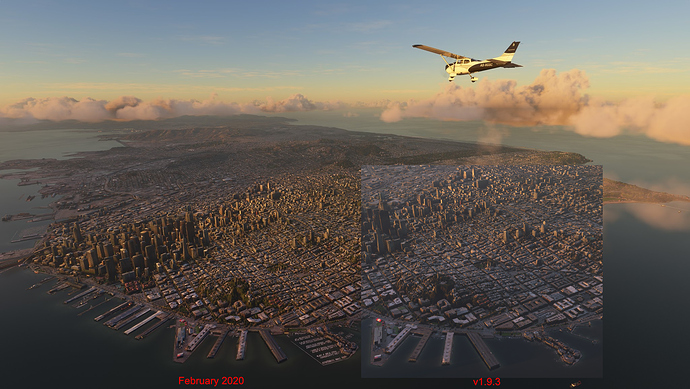 However there are good things too:

One main problem with photogrammetry in FS2020:

I believe photogrammetry is like JPEG. It is meant to be looked at 100%. If you’re zooming-in you start seeing artifacts but at 100% it looks photorealistic.

The issue with this is that I don’t know for most of you but looking at some posts about LOD and texture resolution, I think we’re pretty much all zooming in from time to time in order to see cities or mountains or airports at a distance, and it doesn’t take much zoom to break the photorealism and see the pixels.

It is easy but it will be taxing our computers: extend the LOD rings farther away so that you get higher texture resolution and higher photogrammetry details farther away too. It just takes Asobo to restore previous ring distances and to let us have 2 separate LOD sliders: one for ground texture and one for photogrammetry. It will be up to the user to choose which level he is comfortable with.

Besides, there is another LOD/distance issue with autogen buildings made by Blackshark AI. I’ve been doing some tests over the weekend in following up my “skyscraper fix”, and there is something which is really annoying to me: the autogen buildings are using auto-generated windows overlaying auto-generated walls, and the LOD distance windows are fading-in is farther away than the distance walls are fading-in. The problem with this is buildings at a distance appear like solid color bricks instead of textured walls with windows and this is distracting.

I hope this will be helping Asobo finding out what is wrong and how to restore the same level of details we’ve been used to fly with in their next update!

Good point about the water level. I flew around a couple PG cities today and noticed that some of the bridges get covered by water. For example Quaibrücke, Zürich. It looks above water from a distance, yet if you fly (or drone) closer it gets submerged.

Many marinas are also submerged, either the water is too high or the terrain height is too low.

Another problem I find with PG areas is that different levels of detail have different height. When I land at an aiport in a PG area, and it’s still streaming in more detailed data, there tend to be deadly cracks (height differences) between the different resolution tiles making up the runway. I turned damage off since it easily flips the plane (Bonanza) upside down when hitting one of these cracks. Then when stopped, the plane will actually move up or down a foot or more when the detail level changes.

My internet is 80+ mbps, but maybe streaming is also limited by CPU? I fly slow, down to 80 knots for the game to keep up with detail or pause to let it catch up. The game mostly keeps pace with terrain yet PG data streams in too slow.

Also it doesn’t seem done after leaving a PG area and the game progressively gets slower and slower. I suspect it’s still working on the rolling cache. Performance is still fine in the area itself, yet after leaving it can take up to 15 minutes of stuttering before everything returns to normal. Perhaps it is better to fly without cache? A restart also solves it.

Or are these side effects from forcing LOD to 10?

Solid work as always. It’s very apparent that there something funny going on between what they outsource to people (ala Japan update) and the base files. It seems too easy for just anyone to go in there and break things. Also, not sure how much testing was done before hand. I feel like they rushed it to coincide with that irl event and now we have major issues.

I dunno man. I love graphics, terrain, scenery etc but I believe most people would NOT be concerned with what you are concerned about as long as the scenery don’t look abnormal. For example I’m a simple person and I’ve looked at all the pictures on this thread multiple times just now and they all look equally good to me. If I was trying to get a PHD education in CGI technology and worried about LODs I still wouldn’t notice anything during a normal flight in this sim imo. And even after looking at your pics multiple times I don’t notice anything at all that would make me say “OMG they killed this sim”. Right now what many others and I are asking for is at least a dozen of full-on hardcore study-level aircraft. Scenery is nice to look at and all, and it’s also one of the many reasons why people are now switching to MSFS or trying it for the first time. But now it’s time to focus on the core simmers who love study level aircraft.

Skyscraper fix? I’m amazed you don’t have pyramids acting like skyscrapers at that distance. I have to be basically two blocks away before buildings are rendered to full detail on LOD 200. 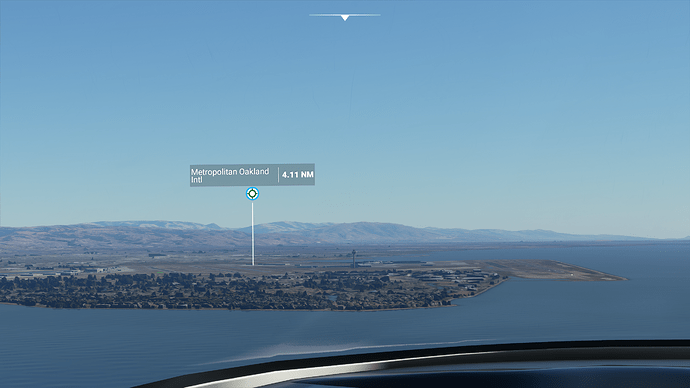 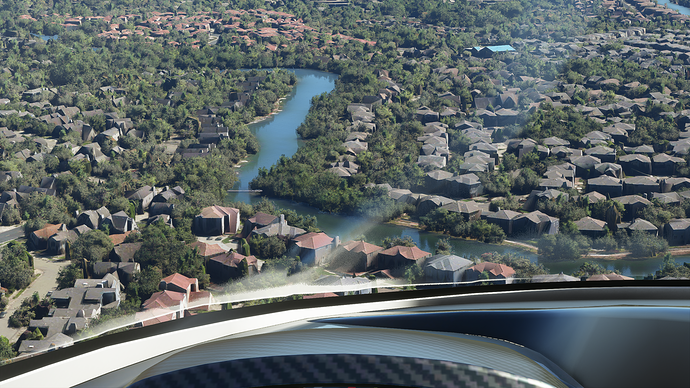 Is it normal for the buildings not to be drawn so close to it? I can still see rendering happening as I fly over it. This is on ULTRA defaults btw.

Its not perfect but I still love it. !!!

They will work on getting the aircraft they have functioning enough so that anyone can fly around their scenery, but they won’t be providing free study level aircraft.

That’s why our feedback to them is about the sim. Because that’s all they’re going to fix.

I saw only one instance of blurred scenery in the distance after the patch. And a couple of areas with bare patches before the patch were filled with trees after the patch. Water was fairly consistent in both versions, with post patch winning out for realism by a very small margin I thought. 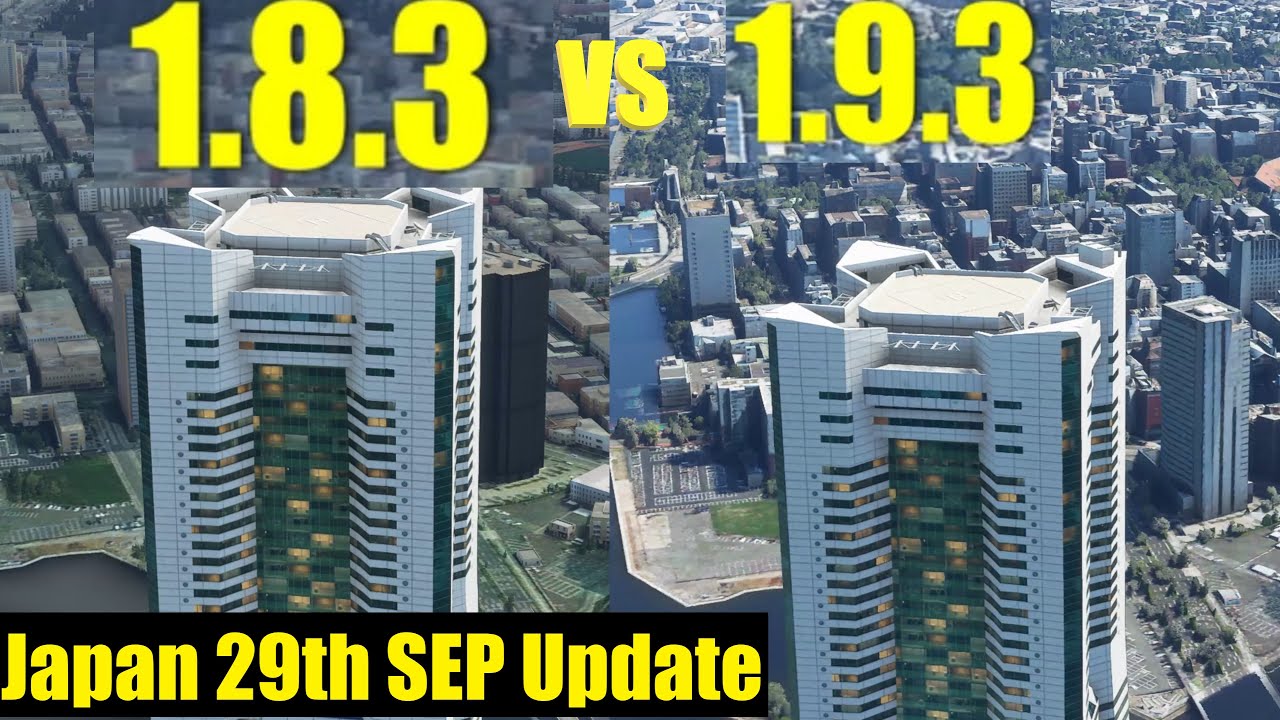 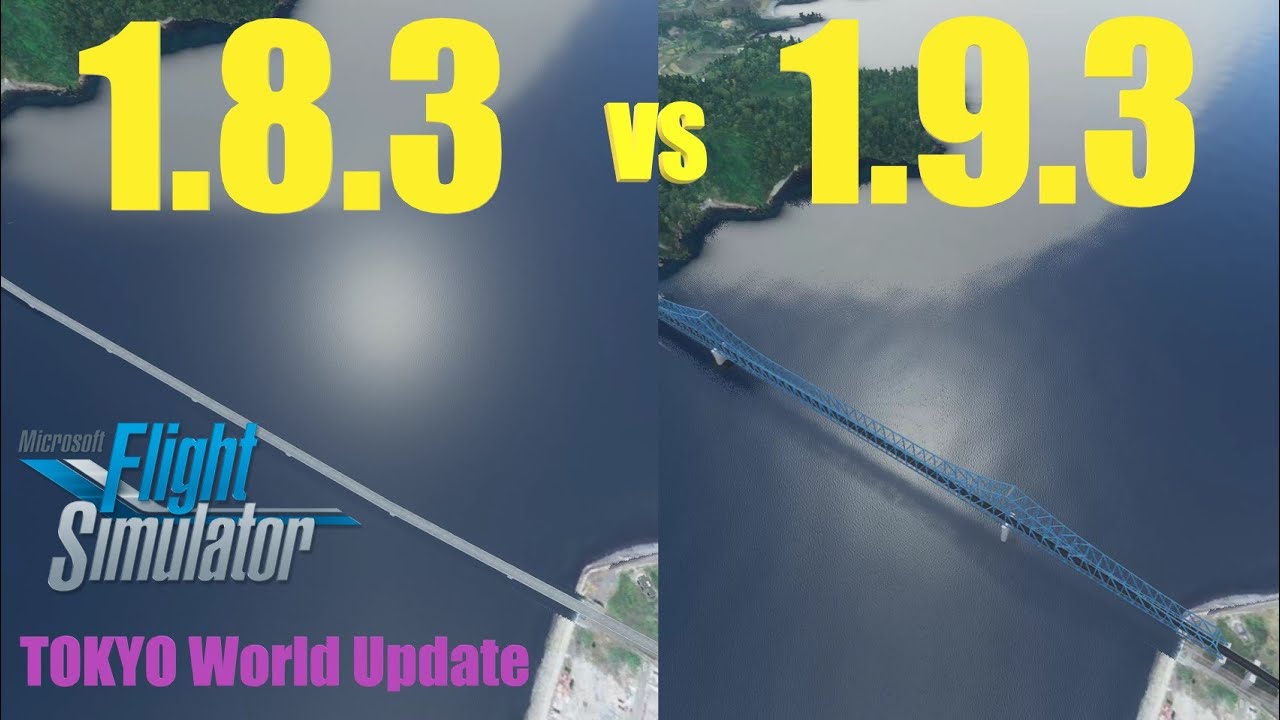 Problem is, LOD does not work gradually, and you’re quite a bit off with the camera positioning.

You are right it was hard to try finding the position and view angle, using either position alone or drone zoom.

I’ve tried matching the closest in comparing different building perspectives and relative positions zooming-in the screen (with the Windows Magnifier: WIN+ WIN-) and in the end I believe it is quite close because there isn’t much difference between the February shot and mines.

But please do contribute and help the discussion and Asobo: there are plenty more older screenshots all geo-tagged from the link above, maybe one in a region you know well or fly often, and you might find a spot for which you could provide comparison shots?

Camera positioning looks reasonably close for comparison purposes to me. Good job and thanks for sharing. The Japan update did make most of the improvements though because I noticed some things were degraded to some extent due to the patch.

Yeah, it’s close, but your post-image is further out than the pre-image, and it might be close to the border of a LOD change.

That said, I think there is a bug that changes graphical settings. Many people have noticed it now, and it explains all the widely different opinions on this.

I’m not sure whether you were being sarcastic about the simulator or genuinely wondering what I’m talking about, therefore just in case you don’t miss it, here is:

I’ve now made a community folder patch which is working and doesn’t require editing any file in the OneStore folder. Furthermore, a single “distribution.toml” file works for both global and Japan! Download the file then remove the trailing .pln extension. Unzip in your Community folder. Buildings-Fix-DfltLod (1.9.3).zip.pln (13.9 KB) For those wanting the “Skyscraper” fix and experiment with the forced LOD10 buildings use this fix instead: Buildings-Fix (1.9.3).zip.pln (13.8 KB) This one f…

I’m not sure whether you were being sarcastic about the simulator or genuinely wondering what I’m talking about, therefore just in case you don’t miss it, here is:

I didn’t know what skyscraper fix. I thought it was the one where it looks like doo doo until you get really close. Thanks for the link to the pseudo skyscrapers needing to be removed. That would help too but seems like I need to continue searching for the skyscraper fix that fixes the real skyscrapers.

Edit: just realized there are two skyscraper fixes in that thread. I’ll try out the custom LoD but when I tested 4.000 last time I CTD before I could click “click to fly”

It’s absolutely shocking that an early screenshot from February 2020 almost certainly running on top end hardware has SLIGHTLY higher visual fidelity to the finished product some 9 months later after the sim has been adjusted to find a workable middle ground performance wise that a wider range of consumer systems can run.

■■■■■, this happens in just about every good looking game ever made. Throughout development different things need to be adjusted to smooth out performance and make the sim actually run stably on systems that don’t have a RTX Titan or 3090 in them.

This issue isn’t about hardware. I have a new 3080 and my GPU sits at about 50% utilization on full Ultra in tough areas and I get 45 FPS at the lowest.

It’s about coding. They coded something to be worse… accidentally or intentionally is TBD.

It’s different for most of us just with comparing to last patch. Definitely not what we were seeing at launch. I just didn’t spend that much time gathering evidence… sigh

There seems to be an issue with Ultra no longer being the launch ultra. I was definitely getting some way nicer graphics up close and at distance but I was definitely paying for with FPS. Now I can’t even get the game to TRY to render things from farther away. I just want my med quality buildings from farther instead of ultra quality buildings being held back until I get up close

Pretty sure they have an unexposed “gate” that’s using some kind of determination on whether it even tries to draw things opportunistically. Might have been turned on for too many settings levels because I saw some of this sudden pop in behavior when I tried the launch version on medium to low graphics settings. It didn’t look good and I turned it to high.