Improve AI Traffic at Airports and in The Air

After extensive testing, live AI traffic seems to be one of the most unreliable aspects of Microsoft Flight Simulator. It’s also underdeveloped in many ways, so I thought I’d collect my suggestions and add more that I saw from other users.

The principle is that AI traffic is extremely important for immersion. Many of us spend hundreds of dollars to have ultra-detailed airports, and then we find them populated with roughly-painted Frankenstein aircraft that immediately pull us out of the experience, when they appear at all.

Here are a few suggestions (ok, more than “a few”). If I miss something important feel free to let me know and I’ll add it, or you can add more suggestions yourself in replies.

Not everything needs to be implemented at the same time, but I do believe this is an ideal to strive for. 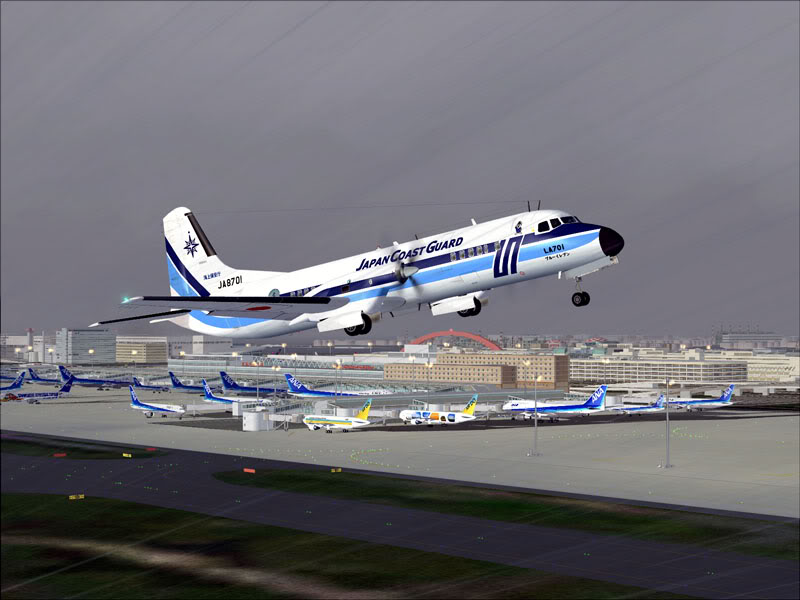 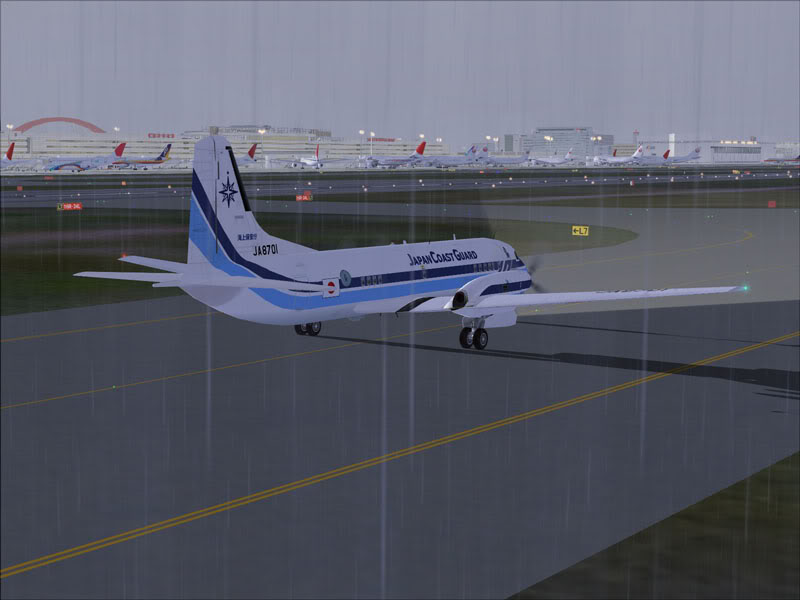 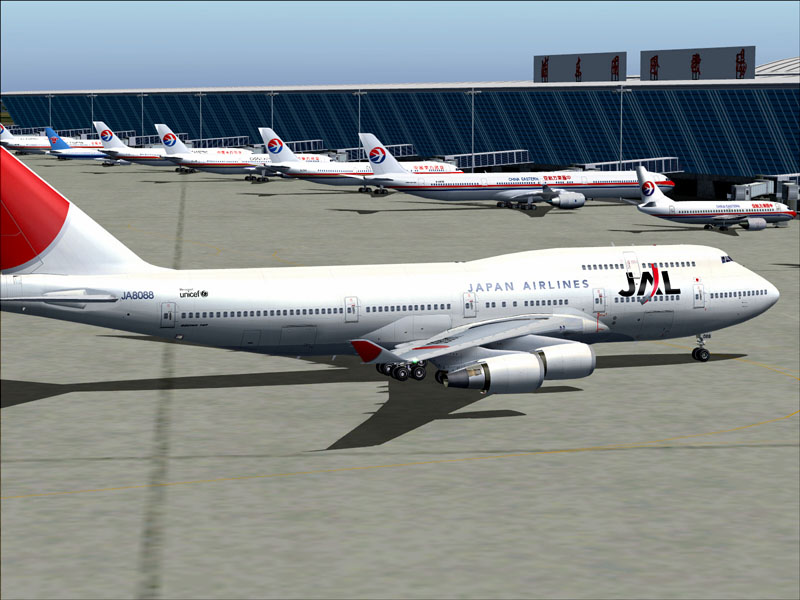 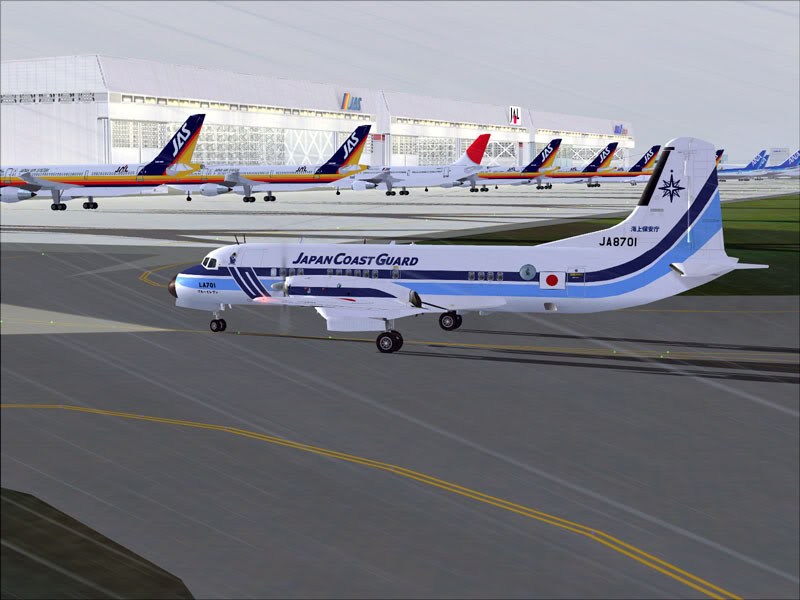 I also found out if you generate a flightplan using AIFP with two liveries on the same model it will randomly pick one livery and apply them to all models. (the issue is not on AIFP’s side) This should also be fixed.

Added to the OP

It’s much more than that.

These are planes/liveries that actually fly the schedule of real world airlines. The schedules are recreated by a dedicated community with the correct models and liveries (incl special liveries).

I prefer these offline flightplans over the Live Traffic for various reasons.

Ok, I’d prefer the live traffic to be fixed because I think this will be more awesome but thanks.

This suggestion actually focuses primarily on the fixing of the live traffic, while of course having both options properly fleshed out would be great.

In previous flight simulators, having airports that looked realistically busy was achieved with flight plans because live traffic options did not exist. These pictures are simply an example of what this sim should strive for with the live traffic. It should actually be easier to achieve in many ways (not having to compile flight plans for thousands of flights is definitely a plus) but it needs fixing and considerable expanding.

They broke the AI ​​offline at att 5, all my skins are standing at the gate while the junk from the generics are landing and taking off, and I can’t take any more looking at the actual traffic with the default texture, are awful !!!
fix the clouds are also the worst since launch.

I may be wrong but it does fly, exclusively when it’s an actual 320 Neo. If it’s a normal 320, it picks the generic twin.

Good suggestions for things that should be improved in this area. However, I’m a little confused by your post (might just be me) - as to whether you are talking about live real world traffic or AI traffic. There is also static ground traffic. Your OP includes items relating to all 3 of these, but is only titled as being about AI Traffic.

AI Traffic is the moving traffic in the sim generated by the sim and controlled by the sim - it is what yoiu get when you turn AI traffic on.

I think ti might be worth categorising your wish list into AI/Live/Ground as they are (I think) fundamentaly different in the sim, and your wish list title only mentions on of them.

I’m talking about Live traffic applied to AI traffic. So it’s both. Even if it’s live traffic, it still requires AI control to be functional with any degree of realism. Nothing in this post is related to having live traffic off and letting AI take complete control based on static flight plans. Some of it may benefit that part as well, but that’s just accidental.

The Ground traffic slider should ideally become redundant, or traffic simulation will never be realistic. The simulator should be fed data from live traffic about what aircraft are parked at an airport and spawn those. There’s no place for random parked aircraft in the implementation if Asobo wants to aim for a realistic depiction in the long run.

Ideally, it’d still be live traffic, just not active at the moment of parking.

There’s no need for a distinction, because I’m not considering offline AI traffic at all. Nor I expect Asobo to. Like it or not, Microsoft Flight Simulator is a showpiece of Microsoft’s cloud tech. That’s why it’s getting the support it’s getting. I don’t expect Asobo to put a primary focus on anything “offline.” That’s simply there as a filler for those who can’t be online.

As mentioned before, I expect third parties to take care of improving that part from the ground up as they always have. Again, some of this may improve offline AI traffic as well as a happy accident, but that’s not the focus of this suggestion.

OK, that helps, although this statement is still a bit confusing, as is the reference to “live AI traffic” in your original post. Traffic is either live OR AI - it is not both.

I think this all makes your post very difficult to follow as to what you actually want to have happen. Eithere the live traffic is doing what the real world live traffic is doing, or you have AI traffic on, in which case the sim is deciding what it does. Your requests span across both of these.

Traffic is either live OR AI - it is not both.

Sorry, but I disagree. The context of the post is self-explanatory.

AI traffic can refer to both. The “AI” is required for both to properly function. The simulator refers to what you mean as “Offline AI traffic.” There is no mention whatsoever of “offline” in here.

Then I think we can agree to disagree

You are correct, it is either live or AI.

Live is real world data, a copy of what is actually flying around, for example what you can see when you look up to the sky and see the same plane above you also on flightradar. AI is just a virtual plane not connected with the real world data (in FS).

Live traffic approaches and departures should be based on ADS-B signals even if it the signal is limited on the ground because it uses real atc, so your runway flight planning would be what the real world traffic is doing , that is the immersion factor. The the fill in gaps would be have to be worked out from there. Live traffic program has been done with 90 second delay.

I think the simulator is able to recognize the liveries. I have Lufthansa in the liveries and when an A320 is flying it can also use the identifier to assign which livery it is. Or it was just a coincidence.

In another picture, which I don’t have here right now, it shows me the old Lufthansa livery correctly. 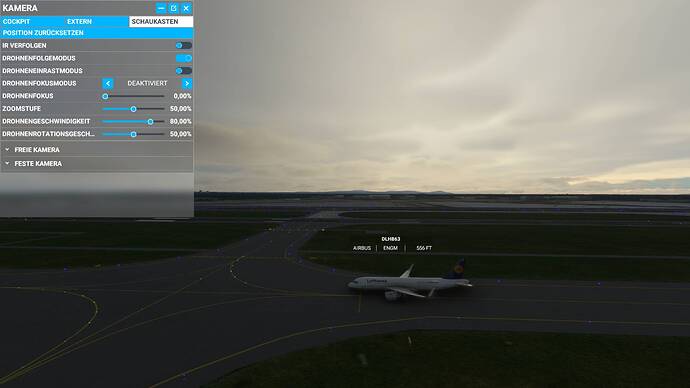 So I think it must work. We only need the airliners and the liveries, or not?

I recently played around with the liveries and I figured the problem might be related to airline subsidiaries and probably even code shares.

A good example would be DHL Aviation: it basically consits of 8 different airlines each with their own ICAO airline code but also flying with the DHL livery. Additionally, there’s 7 other airlines DHL partners with, partly also operating using DHL livery.
The famous livery mega pack however contains only one of these airlines (I forgot which one, probably BCS for EUROTRANS) so the livery will likely have to be replaced by a random or generic one every time you encounter an DHL flight outside of continental Europe.

Another good example is easyJet which operates under the codes EZY, EJU, EZS and also offers feeder flights for several other airlines of which I’m not sure under what “flag” these are operated. The mega pack offers at least two of these airline codes.

Things get a little more complicated when you take a look at actual codeshares: