Weird - still not showing up on my side.

That is odd. Have you done a reboot? I’ve only just had three achievements arrive several days after I cleared them!

Amen. Them getting bugged planes in and refusing really solid products is incomprehensible.

Microsoft has no control over whether or not a 3rd party makes their products:

You’re absolutely correct, they have zero control over those factors. In this case Just Flight did in fact try to publish the Arrows, both on the marketplace and with Xbox compatibility. They sent their files back in August. So there is no excuse for those not being published at this point in time.

Three of them are unfortunately not available on Xbox yet due to issues being investigated. Those are:
M20R Ovation
PA44 Seminole
PA34T Seneca V

Still no acknowledgment of broken achievements and bush plane missions.

The response to my support ticket about lost achievements was that they couldn’t be restored. I did point them to the topics on the bush trip issues and they indicated it was being added to their internal bug tracker (these should be dead simple ones to reproduce).

Edit: None of these have been marked with “bug logged” yet:

I was finishing the Iceland bush trip yesterday and noticed that while the Navlog still has the info, heading, and estimated time for each leg, the VFR map no longer shows the planned route or POIs and all the POIs have disappeared from the G1000 FPL page. It will still log the route if you successfully fly to the correct airport though. I initially thought that this was just a data issue between SU4 and 5 and thought nothing of it, but the same thing happened when I started the Denmark trip. Fi…

I would like to report that after the SU5 and now with the WU6 there is a problem with all the Bush Trips as well as the ones included in the WU6. After you complete the first leg of the trips and you want to continue later the POI indications in the FD panels and in the VFR Map desappear. Also only 4 characters are shown of the POI on the FD panel. For example is you have POI24, you only see POI2 the 4 is not shown.

Do you have any add-ons in your Community folder? If yes, please remove and retest before posting. no Are you using Developer Mode or made changes in it? no Brief description of the issue: I noticed the denmark and finnish bush trips were at ~88 percent so I thought I’d finish them(even though I thought I already had.) it put me a few miles from the last airport, I landed got then completed screen. but in the bush trip menu it still says 88 percent(or about that) Build Version # when yo…

I completed the Yosemite and Patagonia Bush Trips but with the latest update, they both currently show 0% completed. I have the Steam achievements to prove that I’m not crazy. Has anyone else seen this problem?

Where are the weekly activities? Just re-release the old ones FFS. How long would it take to do this? 3 minutes?

No one on Xbox has played a single one yet.

Another really good point - these were great and I’m sure the xbox folks would appreciate them too.

I rely pretty heavily on marketplace user ratings. I realize they are not always reliable, but I usually don’t take a chance if an add-on has lower ratings.

I am currently not at home. Can anyone post the prices of all Carenado planes? 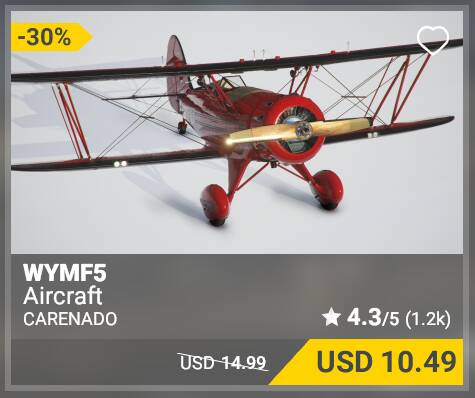 Both are pretty serious from the perspective of a game that wants to open itself up to a broader and more casual player base but they also have very serious implications for any multiplayer DLC (like Reno air race) that they plan to release.

What’s the point in having either achievements or a league table if the code/cloud integration is so shonky that it can all just get lost like that?

The implied loss of data not being recoverable also has implications for marketplace purchases which is why I won’t touch the marketplace with a ■■■■■■ stick until they provide proof of purchase receipts that can be used in event of data loss like this and any associated dispute.

Actual achievements unfortunately - all my bush trips (including all legs) completed prior to SU5 were reset to 0% complete.

I believe there were some bush trip-related bug fixes mentioned in earlier release notes, so hoping I can at least re-fly them post SU6.

Three of them are unfortunately not available on Xbox yet due to issues being investigated.

Will these be available on Xbox before the sale ends? Will they go on sale once they become on available?

I understand this may be a technical issue but it feels like Xbox keeps getting left in the dust between bug fix priorities and add-on support by a title published by Xbox Game Studios. Missing out on this sale would feel like another slap in the face.

I would add the aircraft missing from Xbox are also among the most well received and most popular of the Carenado products adding insult to injury.

It would not shock me at all to see the sale come and go followed by those 3 being released on Xbox. They know exactly what they’re doing…

It really feels like it. Am I supposed to enjoy flying a weapon less $9 Mig around a bunch of civilian airports? Serious question, what percentage of add on aircraft for Xbox are cheap military jets? It’s clear representation of the current view they have of Xbox users.

It’s like they can’t comprehend that if they maybe approved a JF Arrow or heck even the Seneca, more users might end up spending money on airports or scenery to use with those aircraft.

And man I miss Star Fox

As you said, but in a different context - they know what they are doing. I’m sure Deimos spent some $$ - likely on consumer data, however, not researching the Su-57

But I think we need to start asking if Xbox is really a ‘games’ brand anymore…
https://www.google.com/amp/s/www.theverge.com/platform/amp/2021/10/15/22727969/xbox-series-x-mini-fridge-price-release-date

I reckon you already know the answer to that one, mate. Unfortunately.

Probably, but worth a shot to at least bring up the issue. Maybe it gets mentioned in a meeting at the very least in the off chance it results in something.

I’m either gonna buy what I want or get fed up with the shenanigans and leave either way.

Maybe it “can be used”, but it will take a Dev to work it, get it working for X-Box, and them submit it to the MS-Marketplace, get it approved, – so that x-box users can install it.

You’re missing a first step here: the dev must first be approved on the Market Place, and they said it can take a long time in the Q&A because of their backlog. For example, we’ve applied very early on (actually nearly as soon as they opened registrations) and our application is in process since Aug. 2020.

Has RXP tried re-applying, along with a suitable Market-Place product ?

I won’t detail it all here but yes, an updated submission with what I can’t qualify as “suitable” but at least “different” products and especially “a new product never seen before in any simulator and perfectly suited for the Xbox users”*. I don’t believe the application got lost, it is an online form.

If you have a product “built with the SDK tools only”, why not release it from an independent “store” for the PC community, and then allow the X-Box users also wanting this product, to help support you get it approved into the MS-Store, so they can use it as well. ?

For a very simple reason you have to understand: only 3rd party developers approved on the Market Place can have access to Asobo technical support, and we need such support to bring this product to completion. So you see, RXP is an “Official 3rd Party Developer” (see my badge), but we don’t have any support at all, are not allowed to sell anything on the market place either*, and the community can’t enjoy their favourite game with their favourite add-ons, or at least if not favourite, different and answering the needs of the customers looking for something else than what is discussed here:

*and to top it all, since yesterday:

I can’t answer your question because I’m not even sure whether some anonymous people do have any alleged discerning ability to judge whether I’m on topic or off topic, and my help can only go so far therefore, but “We got to get this right with you guys first, and by you guys I mean the people that really have been propping up this thing for the past 35 years”

Could any of the mods / insiders comment what preparations may need to be made to aid with a smooth patch rollout (outside of clearing the community folder and installing the Xbox app). Things like deleting rolling or static cache in advance?

Can anyone confirm if PAKT or PAEN is available in the XBOX marketplace as shown in the 10/14 release notes? I don’t see either of them. 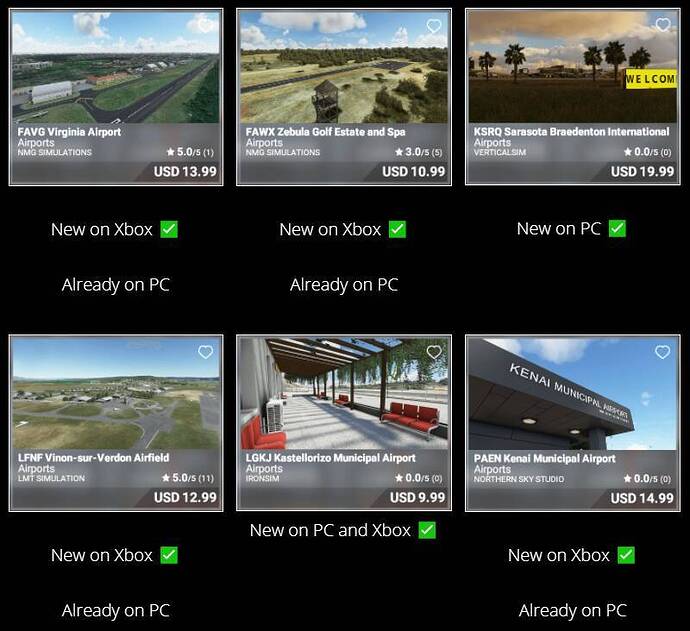