Take off to the Great White North! Take off! It’s a beauty way to go! 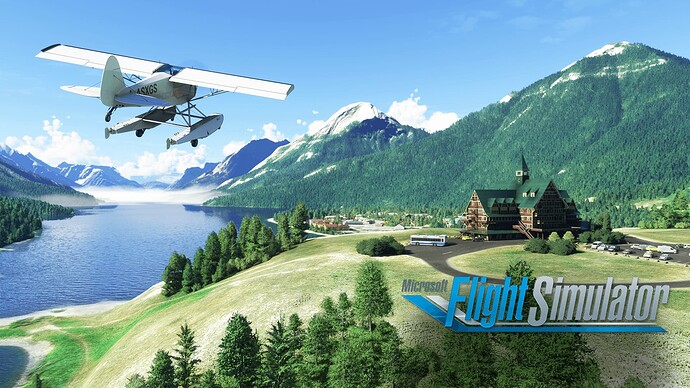 World Update XI: Canada is now available as a free download from the in-sim Marketplace. Please see the release notes linked below and use this topic for discussion and feedback

Feel free to answer these poll questions after you download and experience the new update.

Did you experience any CTDs during this download process? If yes, please respond to this post and let us know more details.

On a scale of 1-10, 10 being the best, how do you like the new photogrammetry and POIs?

On a scale of 1-10, 10 being smoothest, how is your performance/stability in this update? Please vote once you have played the updated sim for at least an hour.

Is your performance/stability worse, the same, or better than before the World Update? Please vote once you have played the updated sim for at least an hour.

On a scale of 1-10, 10 being the best, how would you globally rate this update? (This question will be used as a reference between each update)

Cessna 195 - made in the USA. No connection with Canada that I’m aware of.

What was the mandatory update today please? It wasn’t wu11 as that’s not in my installed content.

Yes it was. WU’s are almost always preceeded by a mandatory general update.

It’s a nice feeling when your home country gets the world update treatment, but then they forget or miss your major city that you live in(Edmonton)

Release notes anywhere? I’m not seeing Canada in my content?

You have to go into Marketplace and install it. 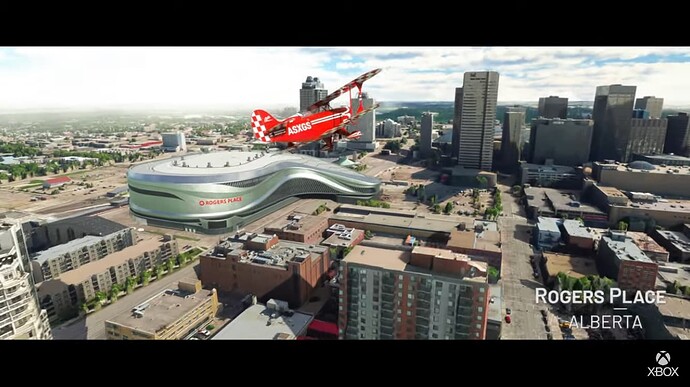 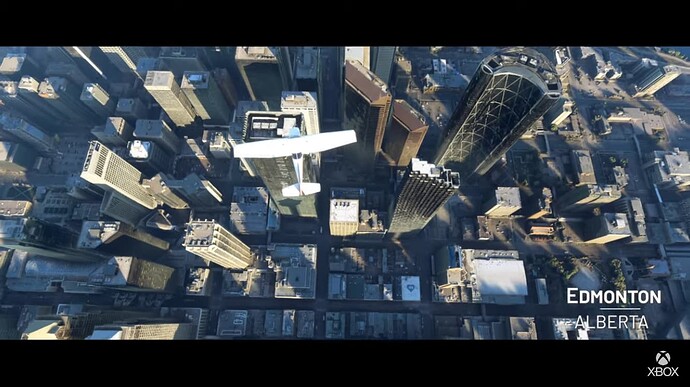 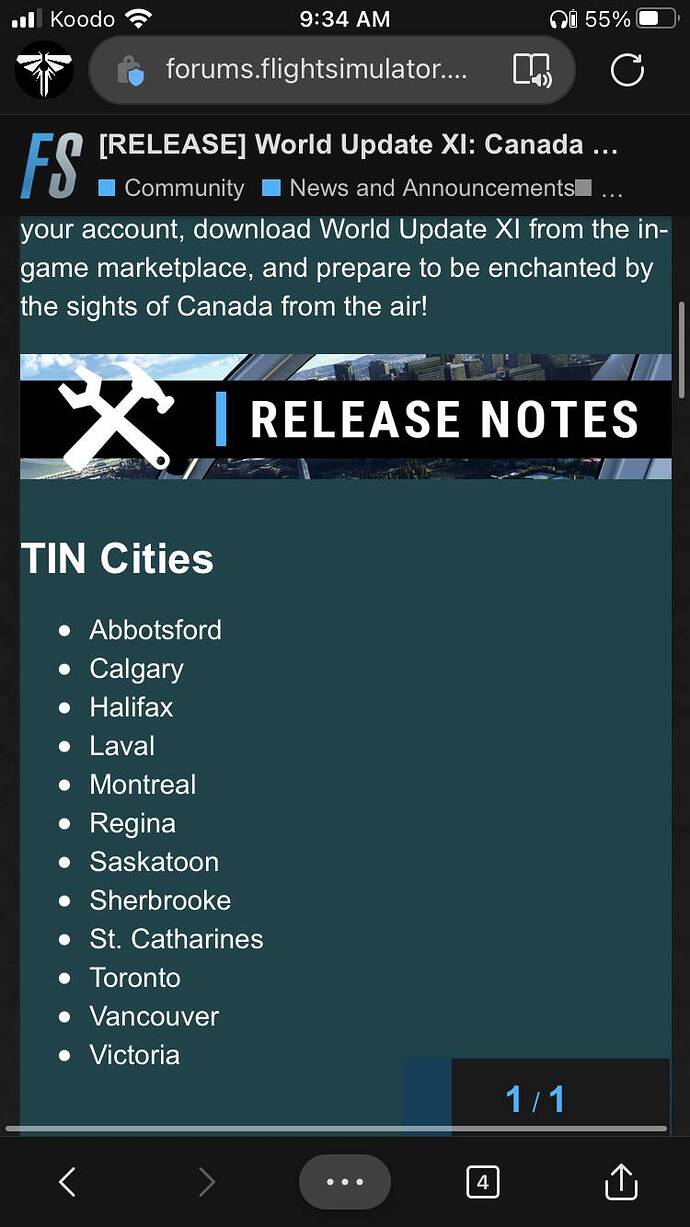 As always we need to go into the Marketplace to get World Updates.
I mean: how clear can they make it: 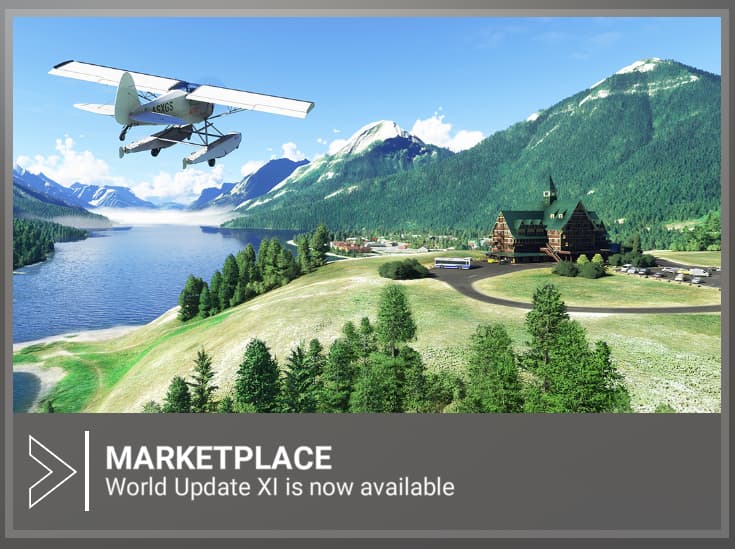 And as a friend pointed out, didn’t use a Canadian tail number either

On the Xbox, I received a 20 MB mandatory update, then another mandatory update 275 MB upon relaunching the sim and then finally world update 11 in content manager 12 GB. Sim version hasn’t changed. I assume no other changes are being made at this time.

Umm Just got a CTD when downloading the wu Canada in marketplace. 25% download then got this sad face ctd. Re-staring FS… fingers crossed. BTW nothing in community folder…

A World Update is scenery only. Sim Updates contain core sim changes.
So your assumption is spot on!

If I had to guess, the update was the airac.

In the release post, they say 'TIN" and mention several cities. I know this means (presumably) these are the new photogrammetry cities, or at least the cities that got specific attention.

I was just wondering what ‘TIN’ stands for 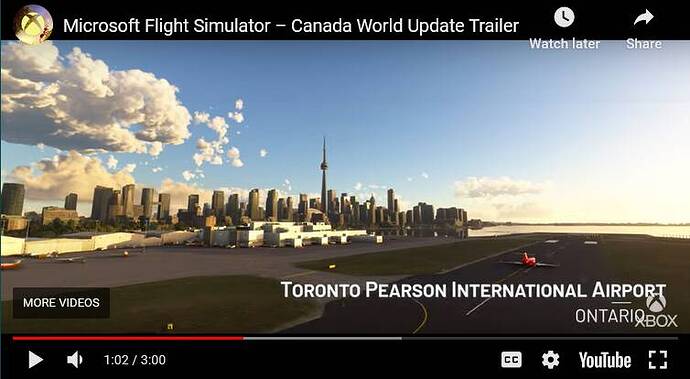 LOL that’s sad, but funny, Yanks don’t know Canada, Hey we are right next to you.
it’s Billy Bishop (not Pearson), I mean an included airport since day one.

edit: but what they did was/is very nice. More please …

these are the new photogrammetry cities

Not new at all. Canada previously had 10 PG of the “new” cities already in PG. They only added 2 more. Not sure why they’re advertising 12 cities.