Do you have any add-ons in your Community folder? If yes, please remove and retest before posting. Same happens with or without community contents.

Brief description of the issue: Buildings are generated as boxes sometimes and correctly rendered others.

Build Version # when you first started experiencing this issue: SU5+

Are you on the Steam or Microsoft Store version? Store

Sometimes when you fly low over an area the buildings are rendered. Flying over the same area another time will show the buildings as boxes, which look rubbish. All the screenshots below were taken with Ultra settings. I have a fast internet. These problems are the same even if the scene is pre-cached at high detail to the manual cache so its not a bandwidth problem.
However, it must be a server side problem just because of the fact that the building rendering is random. If it was client side it would either render the building or it wouldn’t. Not just do it “sometimes”.

Here are screenshots with notes. This process refused to let me upload videos that make it a lot clearer! 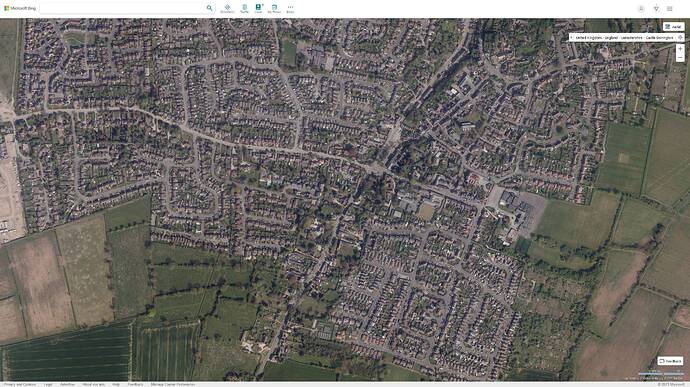 Bing-Donnington (02)2560×1438 709 KB
This shows the area I am flying over on Bing maps. You can clearly see that all buildings are similar and are clearly houses 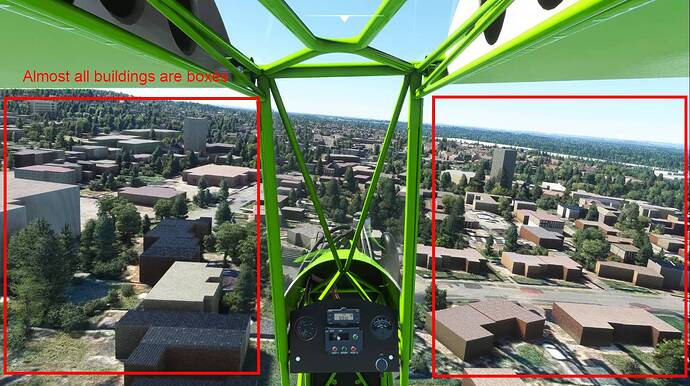 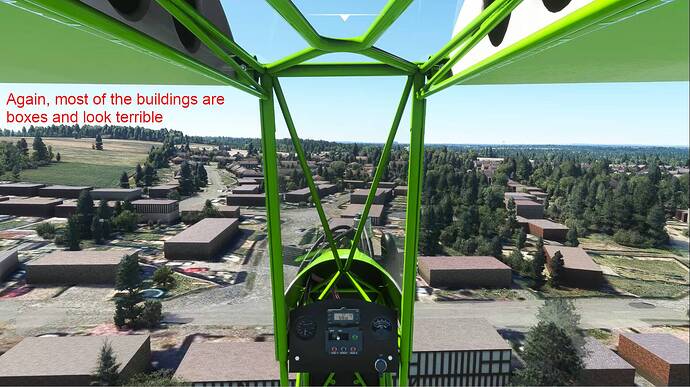 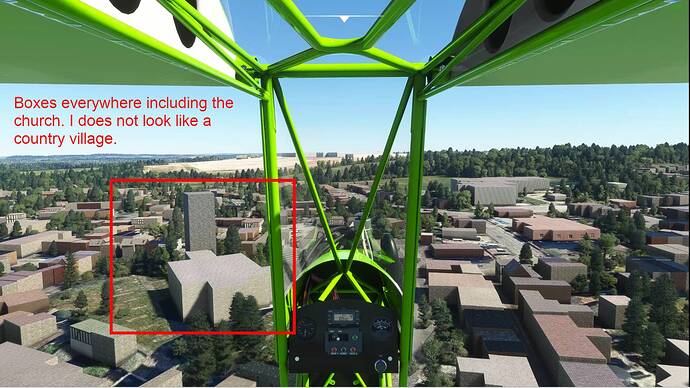 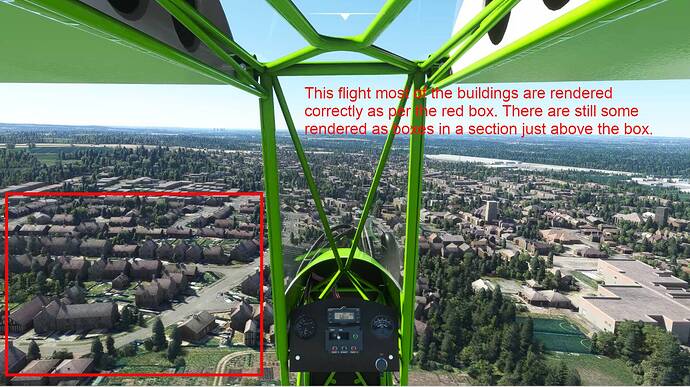 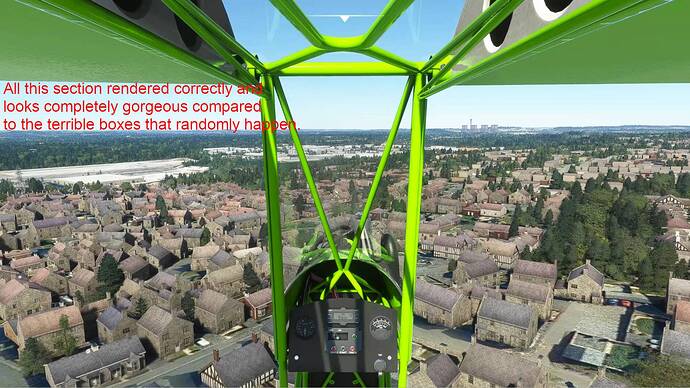 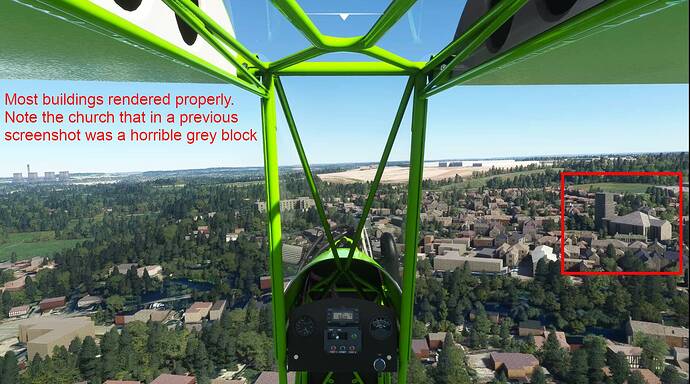 This problem is spoiling low level flying over built up areas. One of the best things that made this sim stand out and really promote that “go anywhere” tag.

EDIT: A bit later I tried changing the selected server from Auto (West Europe) to North Europe. When I flew the drone cam over the village it was almost perfectly rendered as these following screenshots show.
However, I don’t think it was the change of server that had anything to do with it as other areas I flew over were boxes instead of houses. 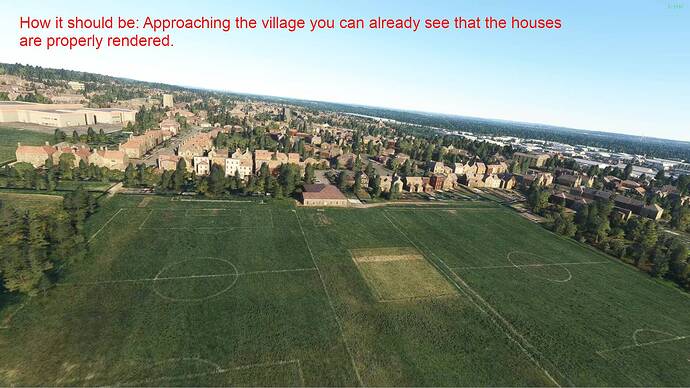 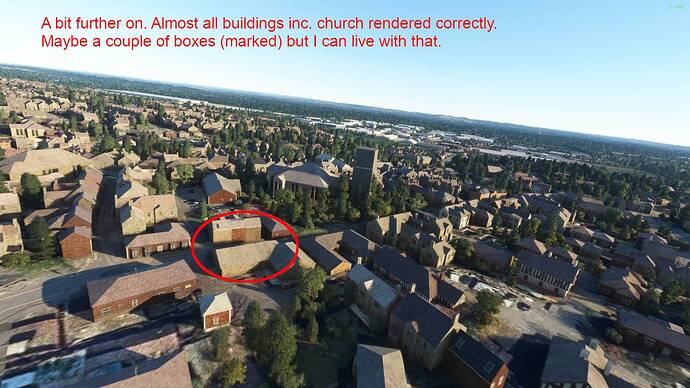 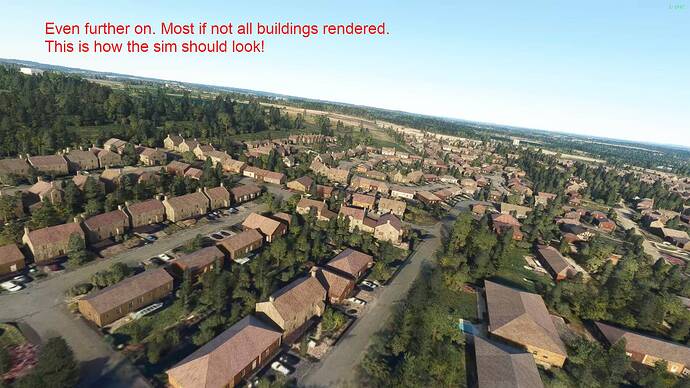 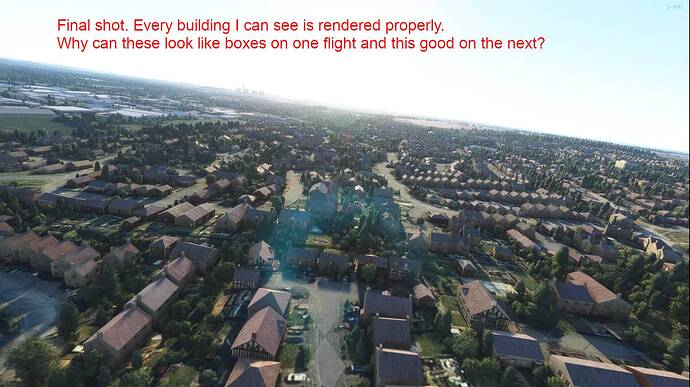 9 Flight 3 Final shot1891×1061 294 KB
EGAC and Belfast issues from SU5 still not solved
Problem with missing / incomplete / misaligned scenery around Edinburgh on Xbox and PC
LOD issues! Dont shut down every topic. Let your paying customers decide please
Edinburgh flat and without buildings and houses
Stockholm horrible even after the world update nordics!
Can someone confirm or deny this one ? GLOBAL BUILDINGS MISSING
RM10GoSu August 7, 2021, 10:27pm #2

It looks like they transfer the Series S build for PC. Blackshark AI never looked that bad tbh. I hope they bring back the SU4 AI buildings

For further information:
I am in the UK and have my server selection set to Auto usually. This means the 2 European servers are normally selected and almost always West Europe. The ping times on the 2 European servers are generally around 22-25ms.
I decided to force the North America server out of interest. This server had a ping of around 158ms. However, to my surprise the village in the screenshots above was rendered just about perfectly. I could sometimes see the detail being added in the distance but the rendering didn’t stop at a simple box - it continued till the building was complete.
So, it looks like the faster European servers for me are the problem ones.

I have the same issue in Nice when running the landing challenge… And this is constant since update V.

Try selecting the American server and see what happens. 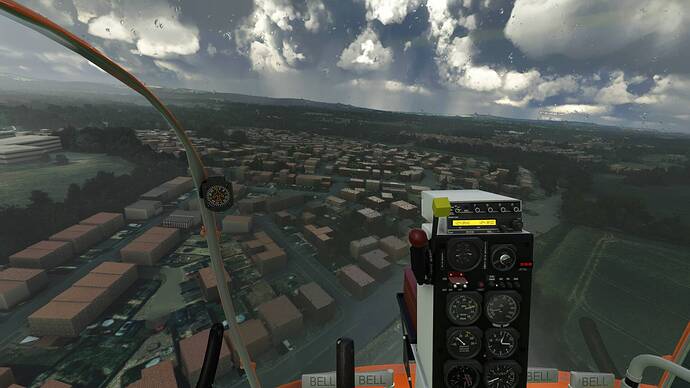 Was on EU server. Quit out of the flight. Restarted it on the US East…that village was back to normal, looked great. Unfortunately i carried on a couple of miles and was back to areas with box buildings. 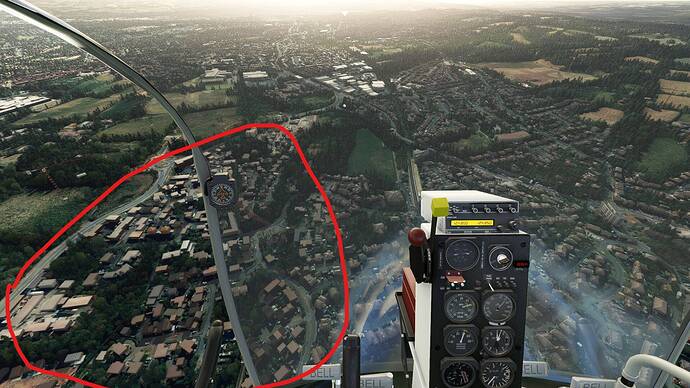 Dont think the server you choose is the issue. It’s a deeper issue than that.

Also notice the underlying ortho is garbage in these areas as well. I suspect we are seeing the lowest LOD buildings and ortho in these pics. A bug that sometimes prevents LOD switching when it should .

Has anyone from Asobo actually acknowledged these issues?
Their once beautiful sim is looking butt ugly in places now. Lots of places that used to look incredible.

i can only remember before the release of SU5 hotfix2 that they actually acknowledge having messed up anything.
besides that there is this thread that kind of hits into the same problem

TO THIS DAY i wonder how with every single update there are somewhat massive degrading changes that are never ever even mentioned in the changelog? If they are truly degrading in nature and on purpose i could know why, but at this rate this sim will really only look like FSX in a year. Edinburgh prior UK WU [UK (1)] Edinburgh with UK WU (minus custom buildings f.e. parliament to the right) [Screenshot_1] Edinburgh with WU5 + hotfix2 [Screenshot_11] and some more WU5 eyecandy [Screens…

Bah my previous switching to US server was a red herring. My usual test village (Castle Donnington, as its right next to EGNX) was back to Boxville with all servers. I wish I knew the exact sequence and process of rendering a building. Why it is sometimes a flat bing texture, next a box, next a few details and finally a fully modelled building with doors, windows, chimneys, etc. What makes the sim stop randomly at any of these possible stages. The fact that sometimes everything is perfect smacks of bandwitch throttling to me.

Ive had tons of issues with getting PG and Autogen to even appear lately in some cities and airports.
Im exclusively playing on Europe West…

maybe it has something to do with that server.

This is the same issue that is consistently shown in Edinburgh: 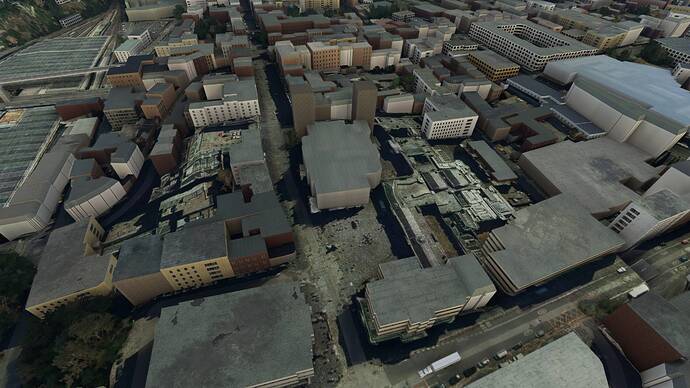 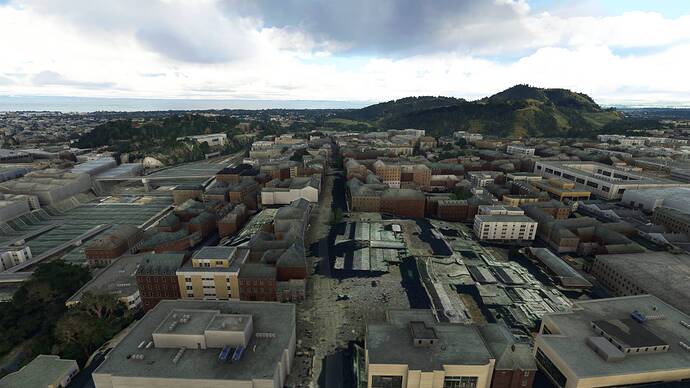 I’ve rasied a ticket for it, but will add a link to this thread which is the best explanation/description of it that I’ve seen

At least you had some buildings in Edinburgh! Last time i tested the city center had been completely demolished

I carried on flying east along the coast and every town was eithe completely flat or had 1 or 2 box buildings. Not happy.

Just bought the Edinburgh Airport addon, which is awesome by the way, because I love to fly around this area a lot. After about 20 test flight in a day trying to work out what was going on (before i read the forum) I’m sick of the sight of Edinburgh. Thought i’d have a nice relaxing fly in Devon to have some fun after all that. Welcome to box city! Ended up finding these spots all over the UK. What was once one of the best looking areas in the sim is a right mess now. This needs a hotfix. We cant be expected to wait until SU6 surely.

I doubt a hotfix would do anything for this issue. It seems to be something to do with the data sent to the client as sometimes it’s perfect. I strongly suspect it’s a server problem and most likely some sort of bandwidth throttling. Having said that, even pre downloading an area to the manual cache makes no difference.

This is most probably the same issue I reported: try switching the graphics preset to low, click on apply & save, then switch the preset to ultra and click apply & save and check if the buildings are then displayed correctly. They messed something up here, somehow the settings are not sticking… this is my bug report btw: [BUG LOGGED] Settings do not stick since SU5

Thanks AnkH.
I read your thread and I am not sure that your problem is with graphics settings not sticking. As you said in one of your posts, you had to do the reset several times to make it stick.
It sounds more like the problem here. The buildings are generated randomly between flights. One flight is rubbish, the next is brilliant - without changing settings in between,
I checked the userconf.opt file during the sim running and it had correct settings even though it was generating very low-level buldings, in sections. That’s another indicator of the randomness. One part of a city/village is rendered in Ultra, while a section right next to it is just a mass of boxes showing that Ultra is indeed working but the sim is randomly unable to draw anything other than a box (or even a Bing map texture if it doesn’t get to start rendering a building).

You could have this Bug happening to you all. 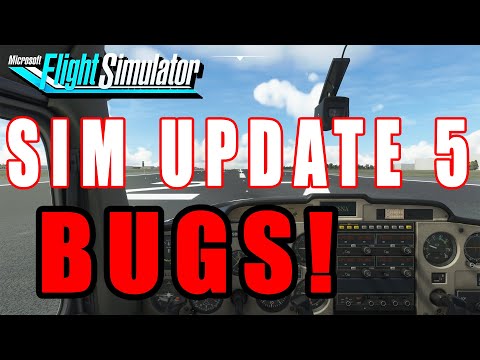 Good call but It’s not that bug. As noted, most areas are clearly displaying in my chosen Ultra settings. It’s just certain places that are showing box buildings and rubbish ortho. They can be surrounded by everything looking perfectly normal.

Just to emphasise this is a problem on both platforms, PC and XBOX Series X. Here are two videos illustrating the problem, both flying over the same town (Castle Donington) on XBOX Series X.

The first video is without World Update 3 (UK) applied, and everything looks great. 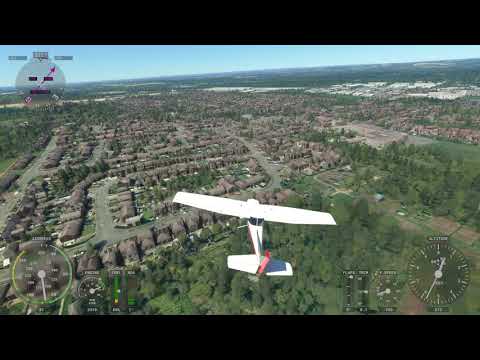 However once World Update 3 (UK) is applied, nearly all the buildings turn into plain boxes. 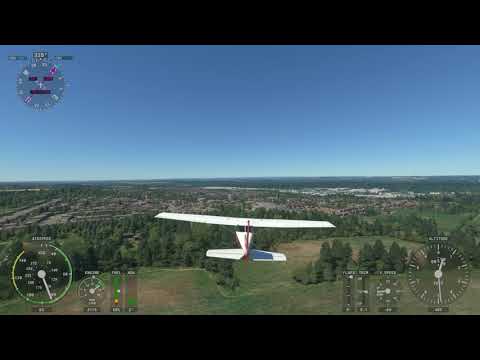 This happens across many, many areas of the UK on XBOX Series X with World Update 3 installed.
It seems that the only solution is to remove World Update 3. On the XBOX there is no way to change the graphic settings to LOW, and then back to ULTRA, as they’re fixed on XBOX.

Yes, I can confirm. In some areas, the buildings rendering is really bad: they seem boxes.
Moreover, some airports seem boxes too, and tend to disappear if You take the “drone” and move it a bit from the aiport, returning then to it. 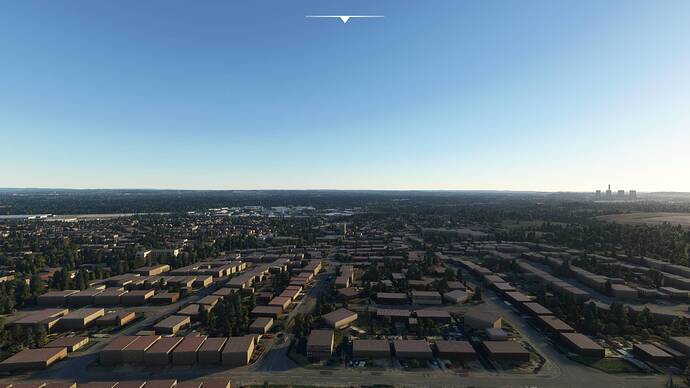 Contents-xml Deleted2560×1440 312 KB
I thought I would try deleting “contents.xml” and have the sim rebuild it as it seems to feature in other scenery issues. Unfortunately, no luck.
We may need more votes on this!
next page →