Are you on Xbox, Steam or Microsoft Store version?
Steam

Are you using Developer Mode or made changes in it?
No Dev Mode

Brief description of the issue:
Ok performance while the plane is stationary, but when it starts moving, there is a terrible stuttering. There is a circular loading icon that pops up in the bottom right corner of the screen while it’s stuttering. I noticed that there is very high disk usage, and found that the kh_logbook.stmp is constantly being accessed while it’s stuttering. I think that this file is just the flight log file that probably should only be updated once at the beginning, and once at the end of the flight. It’s located in the program files(x86)\Steam\userdata\number\1250410\remote\ directory.

I thought that this bug was somehow related to the FSEconomy clients, but I’ve since ruled that out. It happens whether or not they’re loaded. I’ve tried emptying out my package\community folder and that didn’t fix it either.
I tried setting the sound device to a named device, and that did seem to increase the framerate-- in between stutterings. 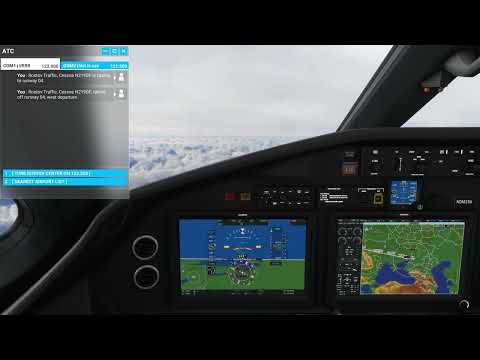 I’ve found a workaround: Turning on dev mode makes it so that the pilot profile logbook doesn’t update. This keeps the logbook file from constantly being accessed, which makes the stuttering stop.

I’ll be trying the workaround. My stuttering is really bad on the ground, most noticeably on the takeoff and landing rollouts. Once I’m airborne it clears up right away.

I found it to be ATC in my case . If I tuned in to a new one or connecting with another airport, it would go away the spinning circle . Give it a try as well .

Hello. If you have stutter issue when taxiing and turning on the ground, try these:

I had been trying so many ways to get rid off the stuttering (on the ground), until I tried those above and very happy with the result.

I did this and still have stutter issue when taxiing and turning on the ground :x

We’ll have to wait for an official fix i guess

massive drop in performance aswell after flying a while! 3080ti 10900k 5 ghz, tested also without overclocking- the same issue with bad performance

DX11 runs super fine in the beta but DX12… unflyable.

I know its late but stumbled across this topic with the same issue (regular spinning white circle, 1 second stutter).
Set the kh_logbook.stmp file mentioned above to “read only” and the circle spins but performance is fine now.
My steam installation is on a slow drive, unlike the simulator, and it looks like harking back to the old drive is causing the slowdown.

This problem still exists after the sim update 9 beta update. I’ve been keeping MSFS in dev mode since the update which caused this issue. I’ve read that this problem can be fixed by logging out and back into the xbox account, which will reset the pilot profile (presumably deleting and re-initializing the kh_logbook.stmp file). I don’t want to have to do this because my profile has 1000+ hours on it. My hope remains low for a resolution to this problem, but I will hold out with fingers crossed on deleting my profile until the next sim update is pushed.

The team is working hard to figure out this issue, but we need your help. If you are consistently experiencing this, can you comment here and provide as much detail as possible on your personal repro steps, what platform you are on (right now it seems this affects Steam users), and any other detail you think is relevant.

Thank you for your help!

This issue happens to me on every flight, including landing challenges, bush trips and flight training. Repro on my system is 100%. The description of this issue from OP is spot on.

Maybe relevant: Custom install path on second drive, SSD.
Have about 400 hours in logbook with a lot of entries.

Same here.
Stutters happen during takeoff and landing on each and every flight and with any aircraft.
Windows 10
Steam

Only affects to steam users?

where i can find that kh_logbook.stmp file?

I did a search and there is no such file but since it has tmp in the name it might only be available while the sim is running. Try

Well I definitely have the spinning wheel at the beginning of each flight and FPS is tanked, running anywhere from 7-15 fps in a Cold & Dark cockpit.

It’s helpful to understand how the Topic Author or others are verifying high disk I/O against this file.

It’s helpful to understand how the Topic Author or others are verifying high disk I/O against this file.

Thanks. Is everyone still getting this now? I’ve flown a couple of short flights and a long 800NM one today and no issues at the ramp on Cold & Dark.