Just wondering if anybody knows if DLSS support will be added in the near future. This technology gives a massive boost in performance in most applications that implement it.

Lot´s of people asked that moth ago.
But to be honest, since this is a game that shares the platform with the"Xbox" that will be equipped with a AMD Graphic solution, ASOBO/Microsoft will not priorize a boost for Nvidia.

I doubt they’ll just ignore NVidia. This game is PC Primary, Nvidia are currently the highest performing cards to play it, and in a weeks time the affordable hardware required to play it well will be NVIDIA only.

I am preordering the new rtx3080 and it will be really disappointing if the sim never gets the capability of taking advantage of all that tech.

I’ll be waiting for benchmarks but im fairly certain i’ll have a 3080 in this PC by Xmas.

Yeah the only reason why I’m preordering is because there will be a massive shortage… everyone is at home and everyone will try to get their hands on this gpus. I mean you can already see all the 2080tis for sale online lol

prices vary, lowest i’ve seen is £245 but they were going for about £800+ before the announcement

There’s a lot of price movement for sure, think I’ll give it a few months and let things settle, the heat from my 1070 Ti will keep the house warm over Autumn…

Does not help that the thermals are notoriously bad on the 2080ti. In fact i believe the 2080TI is one of Nvidia all time most returned cards, don’t quote me on that though.

I doubt they’ll just ignore NVidia. This game is PC Primary, Nvidia are currently the highest performing cards to play it, and in a weeks time the affordable hardware required to play it well will be NVIDIA only.

Adding DLSS 2.0 isn’t prioritizing Nvidia over AMD as AMD will have their own DLSS type tech, but will most likely be closer to Sony’s checkerboarding upscale approach then what DLSS is. It’s just a feature and if the majority of the player base are actually using nvidia GPUs, then it would make sense to improve performance for the majority of players where they can. DirectX 12 will do a lot of things to help performance on it’s own I think. You shouldn’t compare PC versions to the Xbox, they aren’t going to be same tech, and ASOBO have already stated about adding Ray Tracing, I imagine what we have right now, is path-tracing, which is what the Xbox will more then likely be using rather then full blown ray tracing but I dunno, they’ve talked about it at this point other then at launch, DX11 and DX12 later on with Ray Tracing. They wont add Ray Tracing, without adding DLSS, that I can assure you.

I didn’t say it was? The OP said that Asobo/MS would likely prioritise AMD, i simply said that was not the case.

DirectX 12 is a pre-requisite for this: DirectX 12

NVIDIA has a 70% market share. That means 7 out of 10 people who purchase Flight Simulator will be running it on an NVIDIA graphic card.

With 2 RTX generations already launched it’s safe to assume that most flight simulator users have DLSS capabilities on their system. AMD will certainly come back with something similar.

From what I’ve seen, Flight Simulator is a perfect candidate for DLSS. Even the powerful RTX 3090 priced at 1500 USD struggles with it on ultra settings. 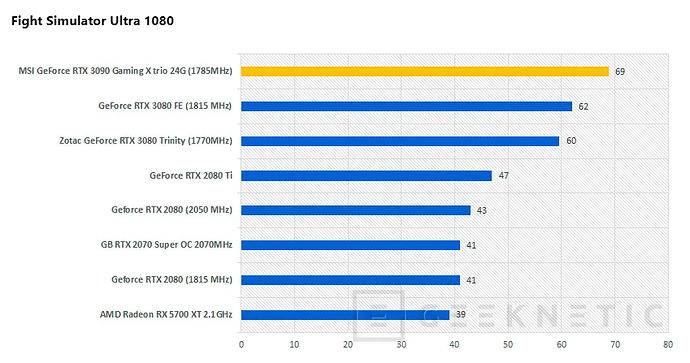 The most powerful graphic card out there and you can’t do 60Hz/FPS V-Sync on Ultra settings at 4K resolution.

We need DLSS as soon as possible.

Hope it will be implemented with DX 12 pretty soon, the way to go for smooth VR and non VR experience.

Yeah Nvidia just came out with DLSS for VR a few months back so this is totally doable when DX12 comes out!

The ‘most powerful graphics card’ can’t do 60fps 4K in Cyberpunk 2077 either (you don’t need more than 30 fps in a simulator either) Peoples expectations seem to be greatly influenced by the Nvidia marketing department. Remember, these are the people who say you can game at 8K with the 3090. Which you probably can, at 4 fps!