All in all, it is what the title says. I hope that DirectX 12 is on the roadmap and hopefully as soon as possible. From what I understand DirectX 12 would allow the engine to utilize multiple cpu cores better than what is currently available in DirectX 11. I am aware that switching from DirectX 11 to 12 is a major step and requires A LOT of recoding, but with the pending release of the 3000 series GFX cards from Nvidia, DirectX 12 surely would be the best engine for the sim to take advantage of these, as well as the latest and greatest in the CPU world.

Although my knowledge is limited regarding game engines and DirectX 12 in itself, I do get the impression that significant perfomance improvements are to be expected if using DX12.

If anyone here has some more detailed information about what to expect from a DX12 application I would be happy to read it!

5 Likes
Next Gen! But why not DX12?
Another reason why DLSS and DX12 is a must
X-Plane 11.50 Final Vulkan just released
RTX 3080 benchmarks are out
DirectX !2
When dx12, dlss and vrs?
I think the most wanted thing should be DLSS and DX12. Nothing else. You can't enjoy your frame-eating airliner or helicopter or VR if you don't have at least 40 fps or similar
Nvidia DLSS support
Directx12
Dx12?
Next Gen! But why not DX12?
DirectX !2
September 3rd, 2020 Development Update
Confirmed: DX12 is NOT coming to PC on July 27. Xbox Will Get DX12 First, Then PC Later
Dreadful performance
ChaoticSplendid August 21, 2020, 9:55am #2

The team have already confirmed an engine upgrade to DirectX 12 Ultimate, which will also feature ray-tracing capabilities. They said this in an interview from the Global Preview event, and more recently confirmed it again to Digital Foundry, who mentioned it in their video for the simulator. They also plan to increase the graphical fidelity available to the user via the graphics settings over time.

I’m bumping this back up - Can we try and start voting for this? Given how much of a landslide the weather issue has shown to be in the latest development update — If we can start up-voting this, maybe it’ll receive attention sooner, rather than later - With the new Nvidia cards launching shortly and AMD not far behind - If we can get DirectX 12 support pushed up in priority - It will definitely take advantage of the newer hardware and really unleash this platform!

DX12 is a must going forward. I believe its a given seeing that it will be released on Xbox Series X which is a native dx12 ultimate api. Dx12 will come for sure. Its only a matter of time.

Yes! Most definately this!

Good idea to bump this again now that the voting system is up. While the plan for an engine upgrade to DirectX 12 could already be underway with no way to expedite it, the team should know that this is something users want.

I think it would be a good idea, unless they already plan to do so, to focus on the DirectX 12 port first and leave the ray-tracing features for another date. Better CPU performance is a lot more essential and it would be great to see this potential unlocked as soon as possible.

I wonder why this wasn’t coded as DirectX 12 to begin with? I think even the minimum system requirements for the game are cards that support DX12.

Apparently they started writing the code before DX12 came out and kept going, rather than start again. (Which is kinda odd given Microsoft would have known for a long time about DX12 plans and how long DX12 has been around now)

I believe that the first DirectX 12 version was feature-complete around 2014-2015, but perhaps they wanted to use the more proven render path at the time, and maybe that was before they realised the scope of the project. It began as a Seattle tech demo after all, which was then slowly fused with the Flight Simulator X engine. I guess the plan to port the engine to DirectX 12 started after the decision to release the simulator to console as well, which is using a similar low-level API, which means the conversion should be easier.

I’ve also seen the difference going from 11 to 12 did on Prepar3d. It wasn’t vastly huge on my older GTX1080 (at 4K) in terms of raw frames, but I did notice a significantly better hardware utilisation and increased GPU usage (PhysX?) rather than being so held back by CPU Core 0. 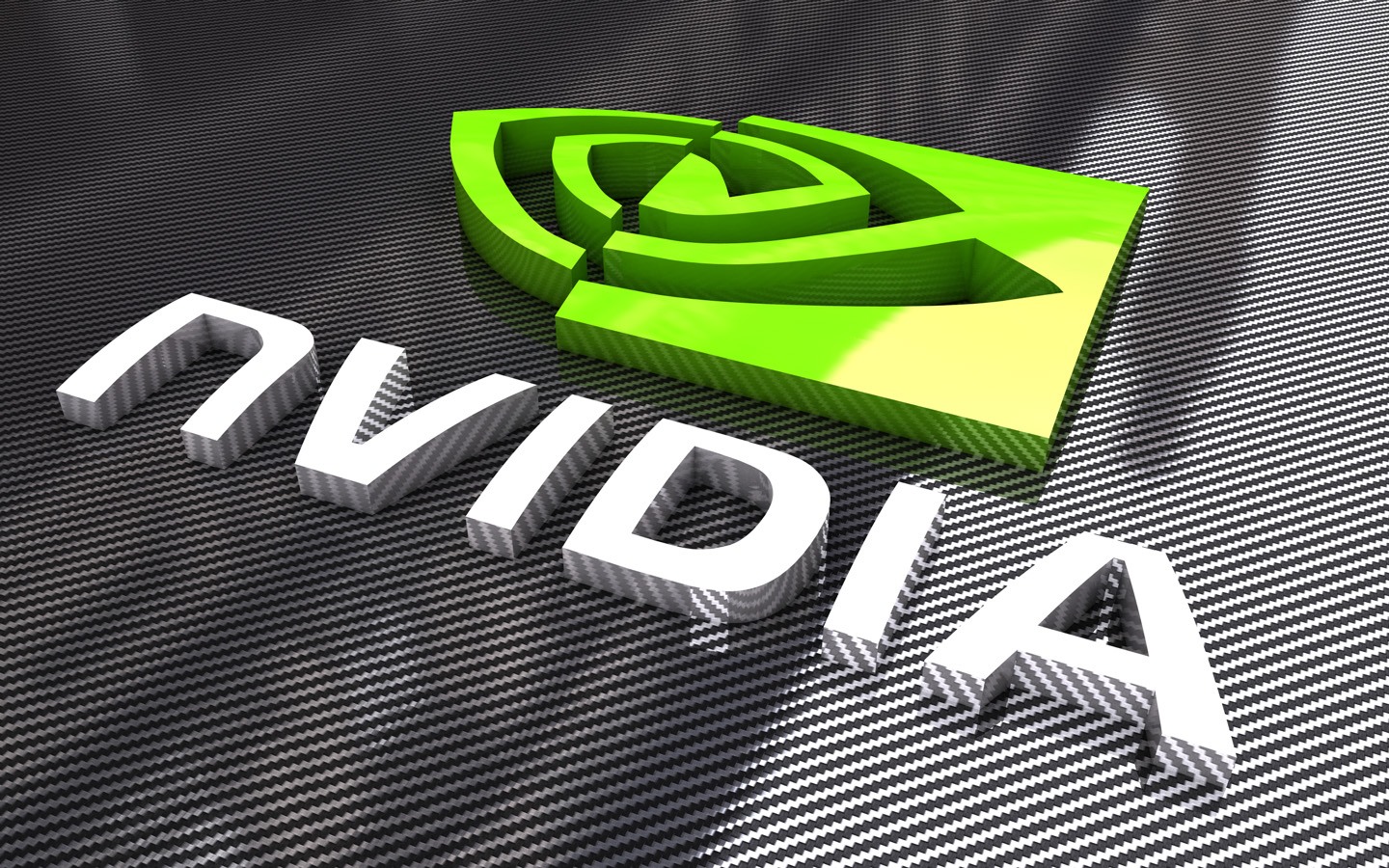 A few days ago, DLSS 2.1 appeared in Wolfenstein: Youngblood's Steam database. And during a recent Reddit AMA, NVIDIA has officially revealed this new version of DLSS. 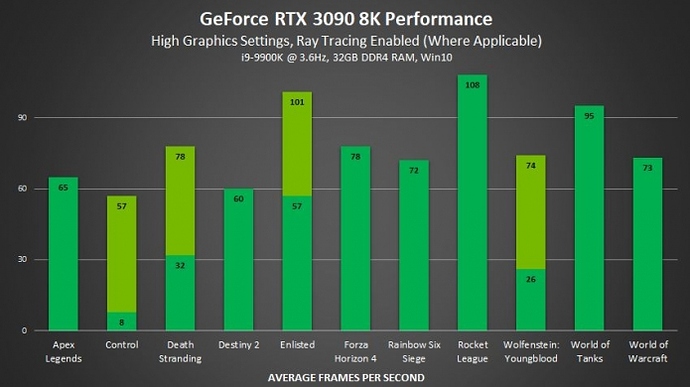 Continuing the discussion from DirectX 12:

As far as I understand, your board has to be DX12 available. I don´t have a top notch rig but with DX!2. Though I haven´t been able to play the sim, all graphics run flawlessly and no stuttering.

It’s probably wise to wait with DX12 implementation for at least a year or so. P3Dv5 is using DX12. Problem is, if you have less than 8GB VRAM on your graphics card, you won’t be able to run the sim without problems and issues. DX12 is using a lot of vram. I can only imagine how much vram FS2020 would be using if running on DX12. Now with the release of the nvidia 30xx cards, it might be possible in the near future. But, there’s probably a good reason as to why asobo went DX11 with FS2020.

In short, the way I understand it, DX12 will give you a slight performance increase (higher fps), but at the cost of a massive increase in vram usage.

In short, the way I understand it, DX12 will give you a slight performance increase (higher fps), but at the cost of a massive increase in vram usage.

That’s not exactly correct. DX12 allows a much better access to VRAM however if the application isn’t optimized to unload ‘unused’ data and the end-user is trying to ‘overload’ their settings beyond what their hardware is capable, you’re going to have issues. P3D fixed this up after 1 or 2 Hotfixes in V5 and I honestly found V5 one of the most stable platforms in a long time hoewever they are still working with old code.

DX12 allows an application, if coded properly, better access to much more of the CPU and GPU and infact in some situations, It can allow the Application/System to hand off GPU tasks to the CPU if it sees the CPU is being underworked. Additionally, Being that DX12 is built around multi-core processors, it can more efficiently allow work across more cores of a CPU.

In terms of that thread linked, I recommend voting for it. DX12 is a much more long term solution.

The computers you or I may have right now may have vastly different hardware in them in two years from now and we may have some breakthrough where 20 Core processors become the standard in Desktop computing (It won’t, but I’m just trying to make my point here) - If we’re still on DX11, This platform will be as useful as FS2004 is on our current hardware.

Ray Tracing isn’t even supported on DX11, which is another big advantage to running DX12.

We’re actually at the point now (and have been for some time) that investing in new hardware is relatively pointless on DX11 Software, because it can’t take advantage of the more unique features (such as Ray Tracing)

It can’t take advanced of newer features, but it can run faster with the existing ones. The new cards are faster, regardless of what software you are running.

Even with a very good computer, 9900k oc 5,2ghz and 2080ti, we can’t get 60fps in 4k. We can see in other games what dx12 and dlss can do. With those features the game can achieve 60fps in 4k which is really important for smoothness. It is quite strange that Microsoft doesn’t use its mighty latest API for the simulator and that doesn’t apply latest technology as dlss, vrs and so on.
I will get the game if these features and VR are applied to the simulator.
Many thanks.

DirectX 12 Ultimate with ray-tracing support has already been confirmed and will be part of an upcoming update, we still don’t know when though. Nothing is known about DLSS support, but considering that the game already has a TAA implementation and that they’re working with GPU vendors for driver updates, I think it’s likely that it will be supported at some point. It’s a great feature and it is worth to keep asking for it.

What worries me is that to apply correctly dx12, the game should be thought from the beginning to get the most of it. We all know dx11 games that later applied dx12. They need to design it from the start thinking on it. We’ll see.

We also want Vulcan, ABS, CSS, 5G, and most importantly Blockchain! I heard you get +200FPS boost with that alone!

I’m just saying adding random tech just for the sake of it will not necessarily achieve better performance, it might create even more issues. All we need imo is patience, the devs know what they’re doing…