My main wish in connection with the current situation with incomprehensible CTD and other problems is to add a debug log, where everything about emerging problems will be written in general. This will help to identify which module led to the problem and what exactly influenced it. Plus all the bugs with community development. An illustrative example is implemented in X-Plane. Reading the log allows you to better understand the essence of the problem and more accurately describe the problem that has arisen. Well, when creating a ticket, the attached log will help in diagnostics.

Unfortunally, my only wish actually would be the possibility to enable a readable deep-level log file.

Hello,
Where can I find the MSFS log file?
I was in flight with the classic C172 when suddenly MSFS closes without any explanation.
Good flights.

I would like to suggest a tool to be developed by the devs which captures the state of the sim and all associated system information at any given moment, and logs all this information into a file which can be sent to Asobo on Zendesk along with any other useful pieces of info such as a photo or video.

Here’s how I think the system should work.

Is this particular issue happening only in a certain part of the world?, or only in a certain aircraft?, or only using this graphics card?, or only when a certain setting is turned on?. These questions can easily be answered when several sim state files are merged and accumulated and hence help the devs by giving a much more comprehensive picture about the bug.

These files can also stored in a database to parse and extract other meaningful information such as number of users experiencing this issue who have AA setting turned on/off for example, or when the yoke is pulled back 20% with a certain sensitivity setting in a certain aircraft.

With all this information, the devs can try several combinations of settings and hardware configurations to easily track and reproduce the bug.

Less time trying to find and reproduce the bug, more time actually fixing the bug. Win-win for both the devs and the community.

Zendesk doesn’t seem efficient to me. I like to report bugs, but I don’t like having to provide so much information every single time. Windows version, MSFS version, scroll through topics, type things in, upload pics and videos… All of that takes time and too many steps.

If there was an easier way to report bugs, perhaps through a UI in the sim or by hitting a key that would log that moment would be better? We could type in a description but not have to go through all of the steps.

I like reporting bugs. I find many of them. But, I usually don’t report all of them because it would take a lot of time that I don’t have, along with a lot of meticulous work that I don’t want to do for free.

Along those lines: If any of the developers are reading this, I’d be happy to work remotely as a professional bug finder/reporter. I’m good at it. My research and investigational skills are second-to-none

One of my other Steam games in early access sends a crash report to the devs if you CTD. Would love this to be implemented into the sim.

My experience as beta tester for many developers is, that forums work the best!

But one have to control and moderate the forums and there must be a very good structure.

For MSFS I would recommend, e.g. for every aircraft several sub-groups (AP, Flightmodell, Modelling, Textures, etc). Same for scenery which could be grouped by Continents and have sub-groups. And so on.

With such a system, everyone could easily find his bugs, see if the are already reported, they could be marked as “worked on or solved” and so on …

But I fear that would not happen

I dont know why we need to resort to the windows 10 event log for errors as most of the time they are incredibly vague and meaningless.
Why not make an internal error log than runs in the background so the user can see what issues the sim has a problem with? X-plane does this well, and is a good resource to see conflicts. Other sims also use this, and is helpful for mod conflicts, or anything else the sim freaks out over. Cant imagine this would be too difficult to implement and would be very useful.

Also show WTH the game is doing while there is a progress bar instead of ‘useless’ text snippets.

The developer mode does some logging, but not to the extent suggested with this thread. I think it’s a good idea, especially when it comes to all of those CTDs.

It’s not very useful to go to Event Viewer after the sim crashes and it says FlightSimulator.exe crashed.

I was on the fence opening the same, but luckily I found this one! I am fiddling for 3 hours now to find the add-on that is crashing the Sim when I go to Honolulu (I have 0 add-ons at honolulu or in its vicinity. Just found out if I disable all my european add-ons, I can fly at Honolulu again.

It would really help if we could activate a log that spits out which files the sim loads, so one of the last entries should be from the responsible add-on. Much easier than turning stuff off and on for hours.

And it will get worse the more add-ons we get over the years.

Still fiddling with the crashes. Without a log you can not find them consistently. With the same addons it stopped crashing an hour ago, it does crash now, without any changes made anywhere. This is weird.

We do need a logging facility in the simulator so that whenever there is a problem, we can try tracing back the probable root cause, otherwise when FS2020 is encountering a problem or when it just CTD, we’re left with no information to track down the root cause of the issue.

This information which would be in the form of a log file could not only be helping us solving the problems locally, but it would also be an invaluable tool for the developers in giving them an execution context and an history leading to the problem, with an orthogonal view to the actual failure from a code perspective.

For such facility to be effective, you could just leave it on always and logging many detailed events, including the ones generated from the add-ons the same way X-Plane11 is doing in its log file. If you make it an opt-in setting only, it is not as effective because it requires being able to repro.

Here is an example of where this might help:
The Initialization of VR Failed - Virtual Reality (VR) / General - Microsoft Flight Simulator Forums 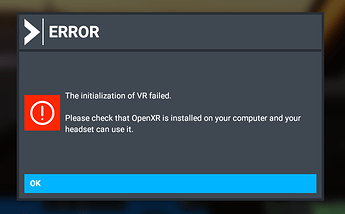 When this is happening we don’t know whether it is FS2020, OpenXR, the headset driver failing. We don’t know either the probable causes, such as not enough VRam, API call error, etc…

We totally need this. I have so many addons, and though I use Addon Linker so that I can both more easily turn on “just what I need” for a given session, and do that fairly quickly, sitting through loads to see which mods cause the load hang for MSFS is soooooo frustratingly slow.

Surely this information should be relatively easily blasted out to a log, it’s incredibly irritating that it’s not there already. Even if it’s difficult to understand, I have faith that the community would figure it out …

This is a MUST to be honest. As of this moment, some user experiencing CTD and there is no way for us to debug further as we don’t have anything to look at

I am watching the MSFS Q&A now and once again, Seb is talking about how hard it is to reproduce specific bugs before Asobo can fix it (ie. tracking down and fixing the lightning bug). As a software developer myself, I understand that it can be hard to fix a bug the user experiences if the software developer cannot reproduce it.

The easiest way and most productive way for Asobo is if there is a live in game bug submission feature for players. If players can submit a bug inside the game, then the server can record the player’s game settings and even the hardware the player was using. Then this will make it way, way, easier for Asobo to reproduce the bug (ie. not only would Asobo know the player’s game settings and hardware, Asobo would also know the exact location of the bug, altitude, orientation of aircraft, weather, add ons being used, etc).

The old fashion way of reading user reports, or watching video, is simply inefficient, and consumes way more time to fix a bug. User reports are vague, don’t give the full game settings, hardware, and location of the user, etc. Hope Asobo thinks about this because the way they go about fixing bugs is not optimal and we as a community hope you get more stuff fixed and that you can fix it faster.

Absolutely, you see the same in i.e. AirportCEO and Subnautica and many other games. Works well!

Also helps that you as Asoba can set what information you need, so people don’t omit data or make mistakes…

Yep something like this would be far better than the current Voting System, a more direct way of accepting and dealing with bugs in a cleaner and quicker fashion.

Exactly my thoughts…as a real-life developer, this is exactly how it’s done for complex and live systems… an ability to gather diagnositics information, crashes and errors automatically will make it much more efficient

Also great for scenery/terrain bugs. If you see something like a raised river or “mesa lake” its way easier to tag it live rather than noting the position, going to zendesk, finding out the windows version, FS version, fill in all of the required fields etc…
I would guess a lot of issues get unreported simply because once you finish your flight its not worth the hassle